Fortnitemares 2020 are still going on, and there are some new challenges. They are really simple and can be completed with ease… Besides killing Shadow Midas, of course.

Deal damage with a Possessed Vehicle

I recommend you completing this challenge in a location that has bots, such as Stark Industries. This way you will die pretty fast and then start completing the challenge using the poor bots nearby.

Once you are a Shadow, find a car. If you decided to do this at Stark Industries, you should find one faster than in other locations. And once you’ve found a car – press the interaction key to start driving it. You will not only make is possessed, but will also receive an achievement.

Now just drive into bots and try to deal as much damage as you can. It doesn’t matter who’s the prey of your car hunt, bots will count too. You need to deal 100 Damage, which should be pretty easy.

Detect players as a Shadow

First you need to become a shadow. If you’ve already played at least one game where you didn’t get a Victory Royale, you already know how to do it. But if you don’t – just dying in one of the Fortnitemares game modes is enough.

Once you’re a Shadow, press the R (default) key to use the Scream skill. This is the skill that will help you find enemies 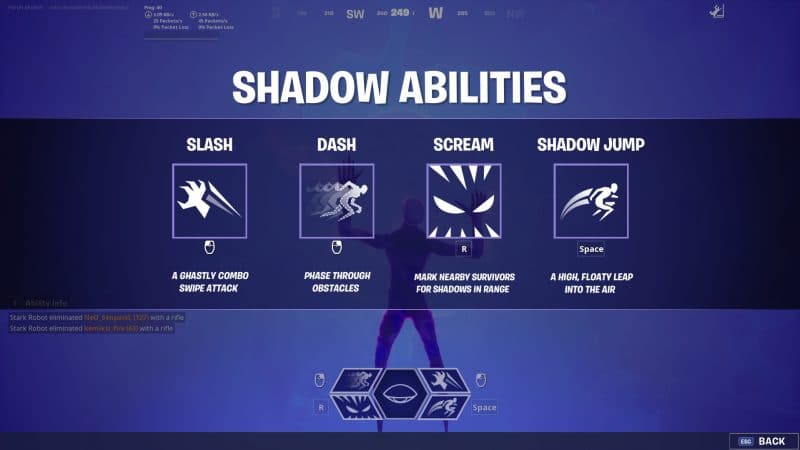 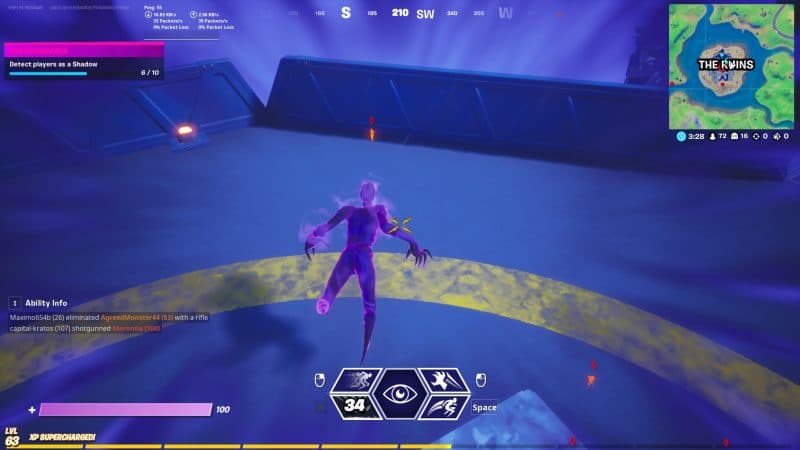 If you’ve changes the key binding for the skill, you can always check it’s key by opening the inventory.

After using the skill you will see the closest enemies through buildings, which might help get a revenge.

Midas has already been killed thousands of times during Season 2, and he even was eaten by a shark between Seasons 2 and 3. But now you need to kill him again, even though he is already a shadow.

He can be found in the new Ruins location, which stands where The Agency once stood. The first possible location of Shadow Midas is Floor 1 next to the fountain, and the second is slightly above – on the second floor next to the stairs. 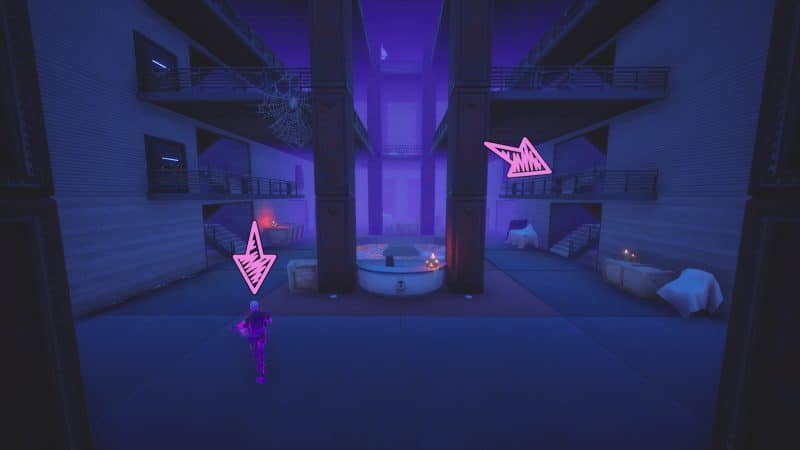 I see 2 ways of completing this challenge. The first is just finding a teammate or even a squad and trying to kill Shadow Midas. If your teammate eliminates him, your challenge will also be completed.

The second is for those who don’t play with a team. Land at the top of the building, grab a gun and eliminate the Henchman that has a Rocket Launcher. Then come down and find the boss. When an enemy starts attacking him, just use the rocket launcher and the gun to steal the kill and completing the challenge. If you’re lucky enough, you will make the last hit and complete the challenge. Stealing a kill is not a good thing to do, but fortunately, you only need to kill Shadow Midas once.

The reward for this challenge is a Pickaxe (on the left): 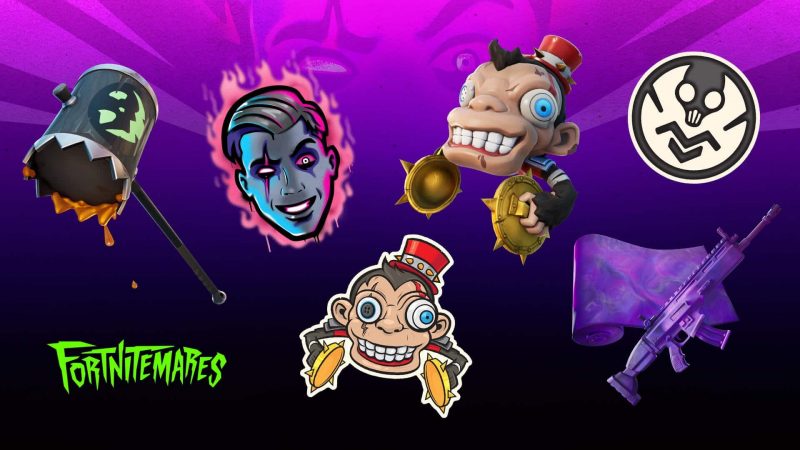