We met Midas for the first time in Chapter 2 Season 2, when the island was in a war between Ghost and Shadow. Midas was the leader of Ghost and was spending all of his time in the Agency in the center of the island.

Midas himself is the definition of style: he has a white shirt with short sleeves with a black vest on top, a business tie and shoes, a couple of golden guns and grenades, and his unforgettable hairstyle and golden tattoos all over his body. The scar on his right eye emphasizes his rough nature. Shaking his hand might also be a bad idea. 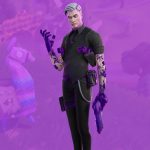 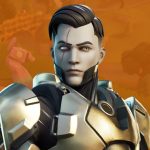 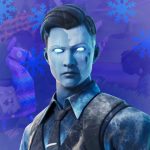 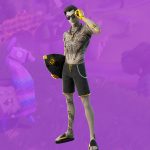 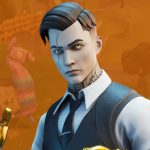 Let’s not criticize Midas for his golden helmet collection, because in the end, he was eaten by a shark anyway next to the flooded island as a result of his failure with a giant machine. However, the shark accident is still controversial, unlike his new mechanical suit, which is definitely real. Midas Rex is really exotic and will most likely become a part of only true Midas’ fans’ collections.

Everyone needs a vacation, including Midas. The golden hand guy has finally taken his business suit off and changed it for a light summer shirt and shorts. And if it’s not enough, there also is Shadow Midas with white hair and ghost touch. Let’s also not forget Icebound Midas, whose ice touch turns items into icicles.