The legendary challenges of Fortnite Chapter 2 Season 7 week 2 are available and will need you to travel quite a lot and visit some IO bases. Hop into a vehicle of your choice and let’s get to completing them!

Interact with a dead drop in Weeping Woods

The week 2 legendary challenges from Chapter 2 Season 7 of Fortnite start with something new – the dead drops. The dead drops you need to interact with are little hidden stashes in tree stumps. There’s a lot of those safes in Weeping Woods, and you only need to open one, so this will be pretty easy. All you need to complete this quest is an interaction button and the map below. 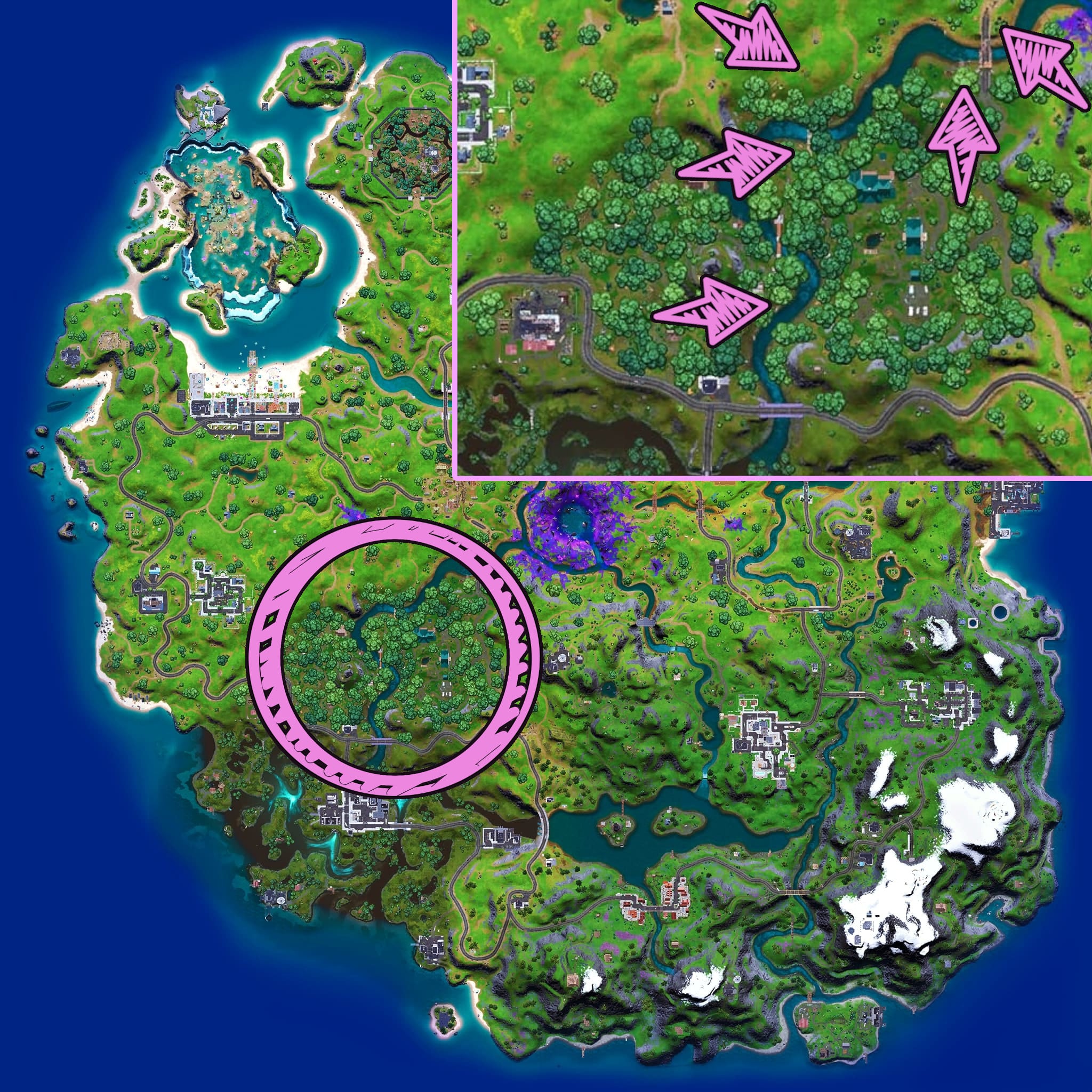 And here’s how a dead drop looks: 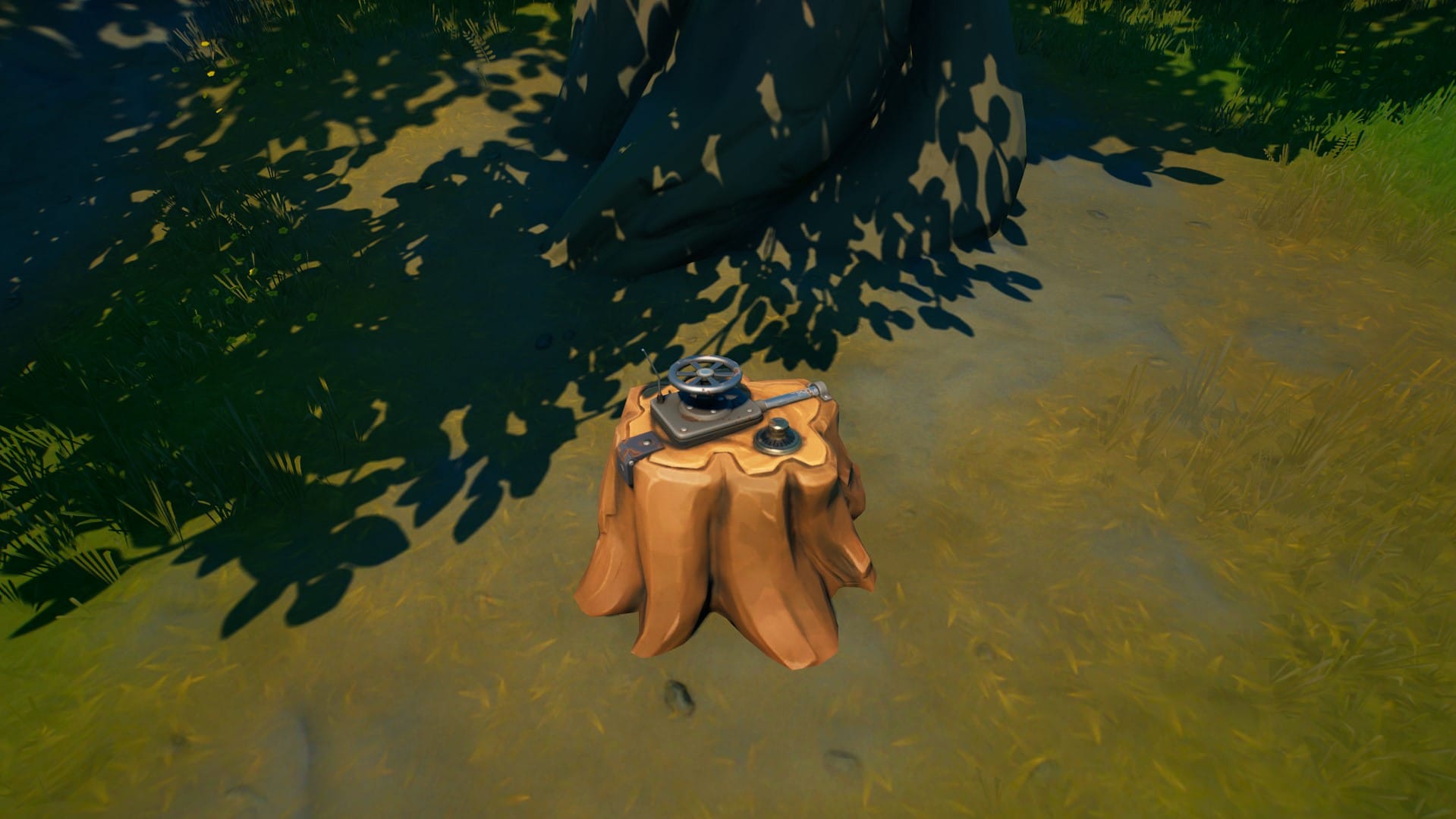 Step onto a body scanner

A body scanner is something new for Chapter 2 Season 7. The only thing that was able to scan you before was a security camera, but they didn’t really help the players. This season we also have a body scanner that scans your body.

Such scanners are located in small houses at IO bases (the ones that have huge radars). 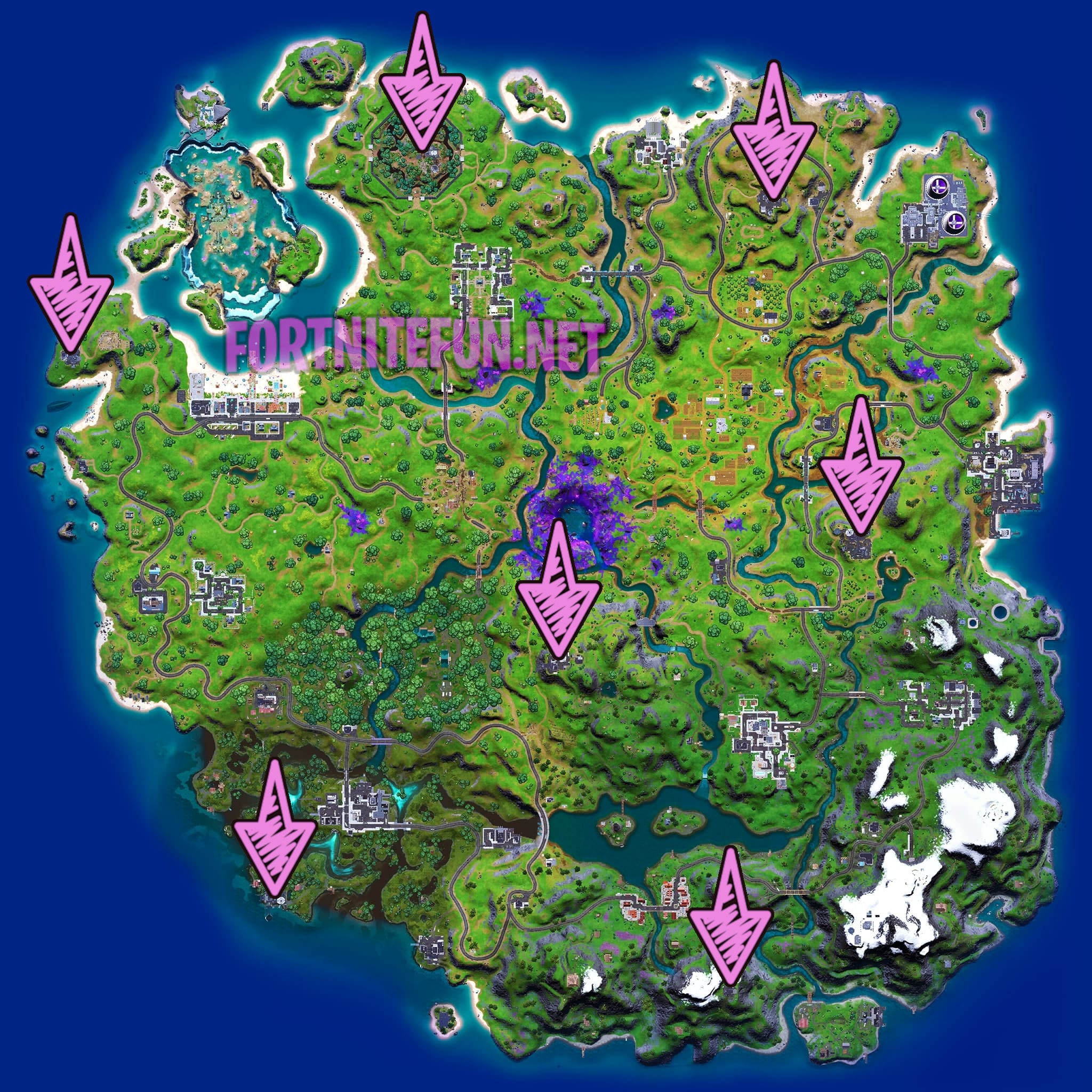 To complete this quest, just step on one of those things: 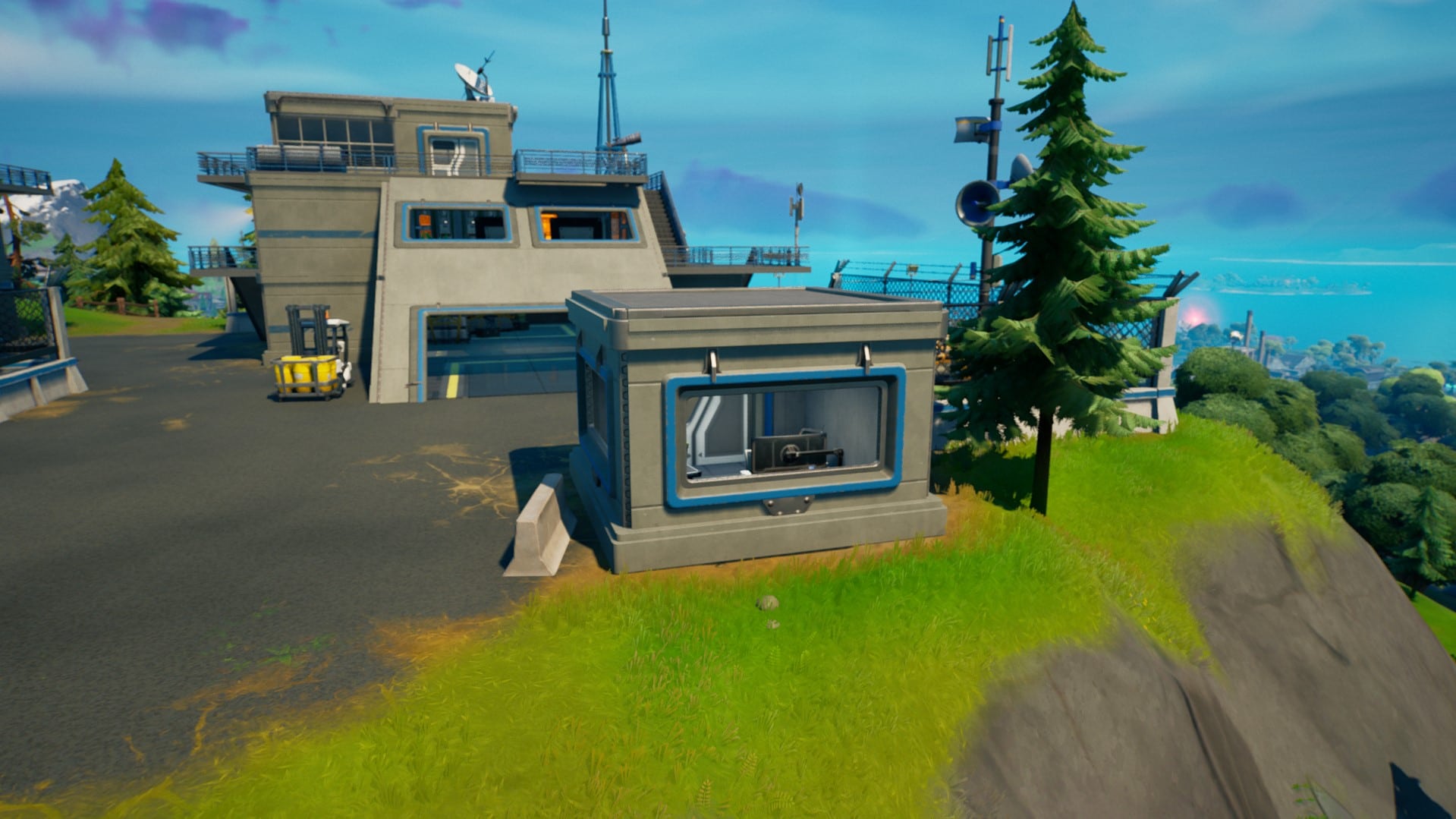 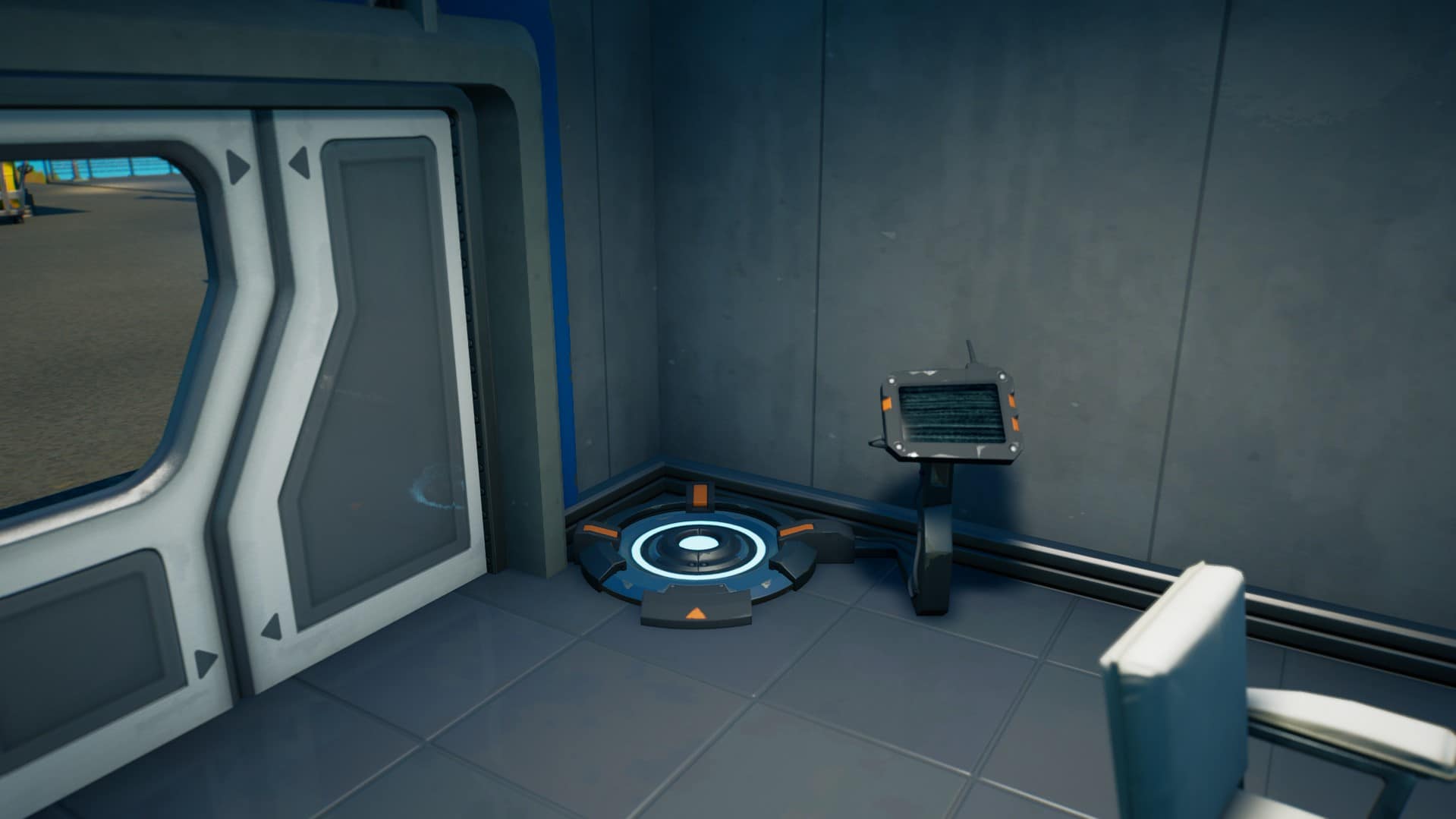 You need to choose 3 characters out of these 5 available and talk to them: 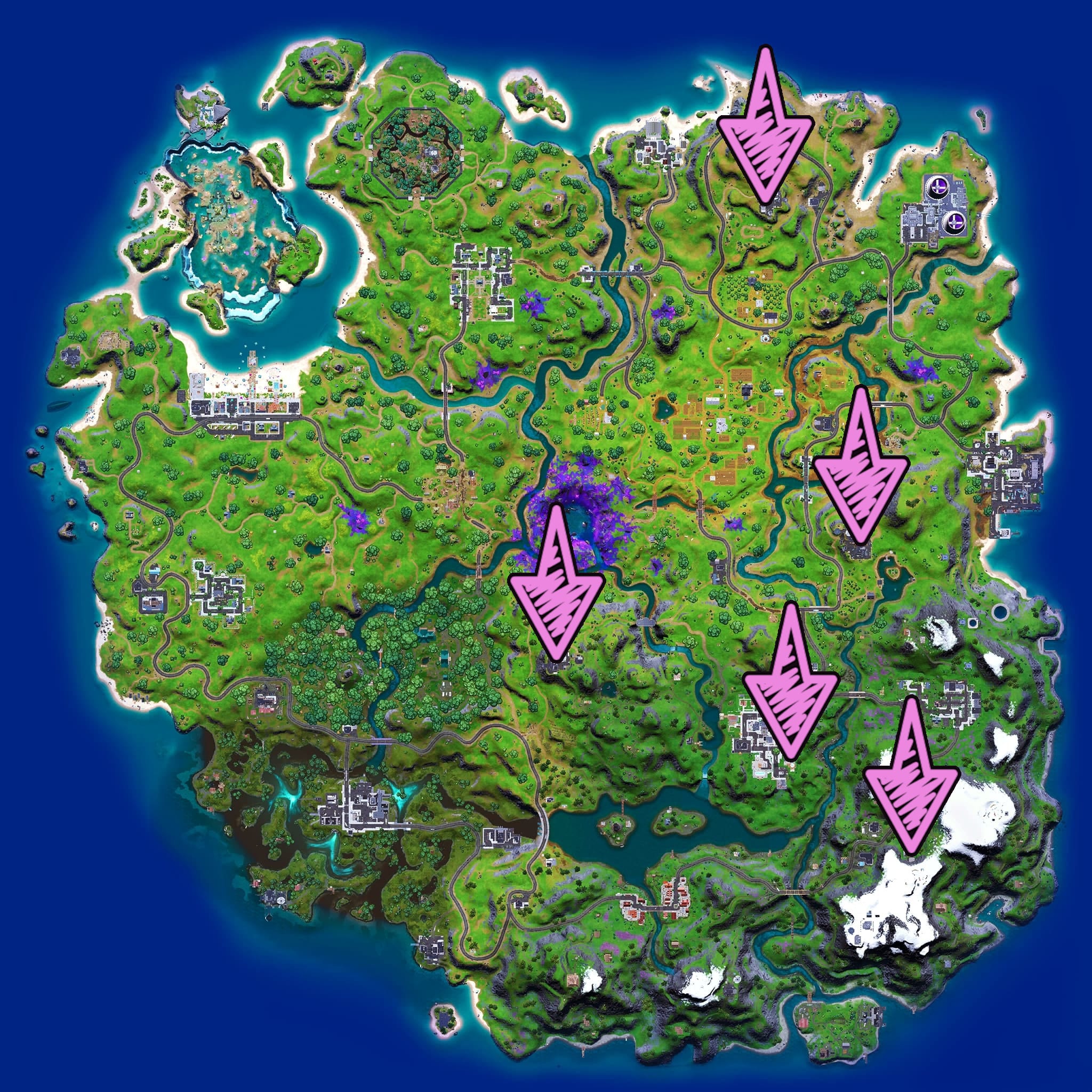 To converse with a character, come closer to them, and press the interaction button.

Both this and the last challenge need us to go to the new IO bases. To complete this challenge, go to the IO bases that have those huge radar dishes and red glow.

There are IO chests and IO guards at these bases (there’s also a map below that shows all the guarded locations). You need to search some chests or eliminate some guards. 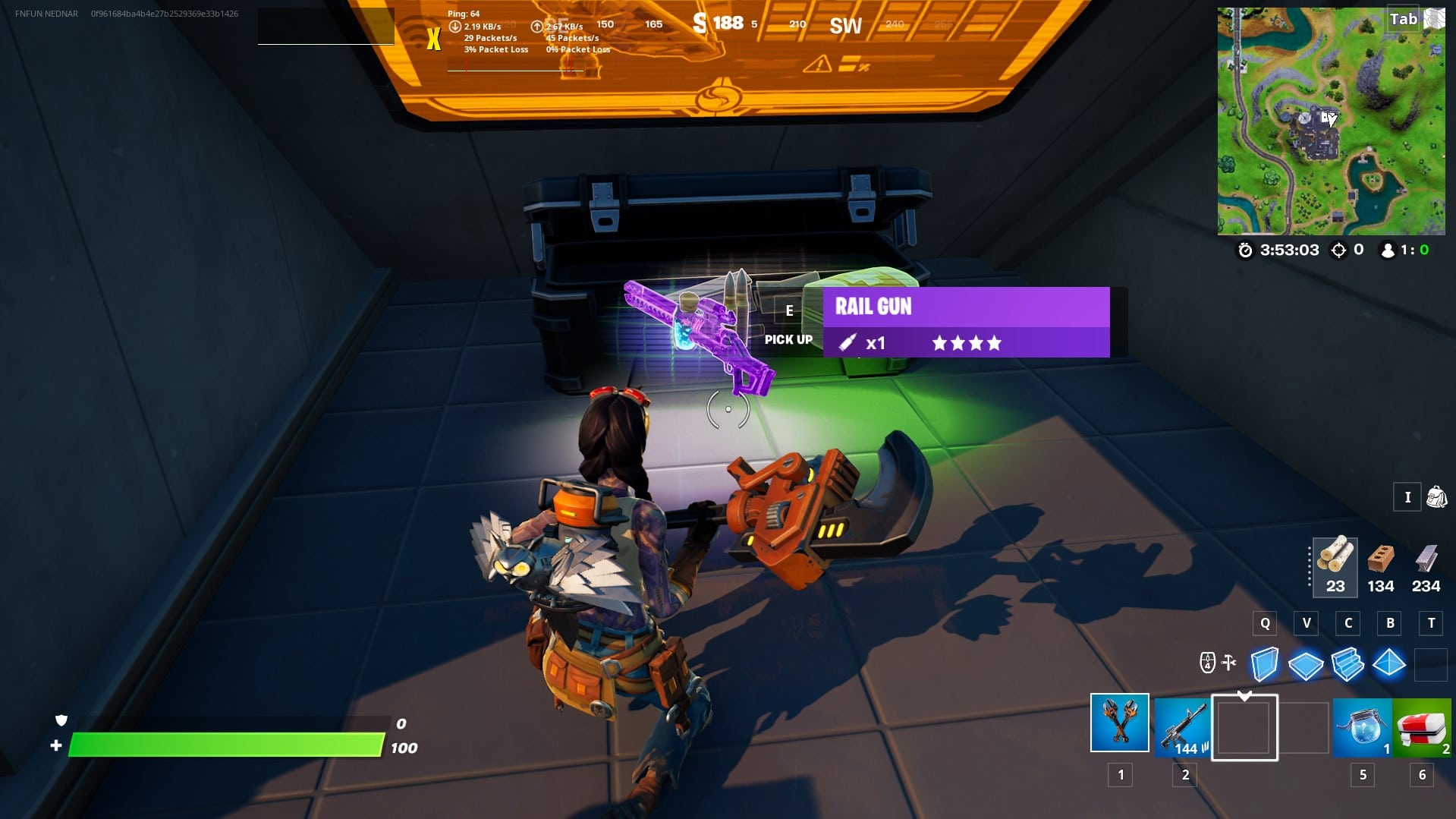 You can get an IO weapon both ways. There are 3 guns in the game: rail guns, pulse rifles and recon scanners. The  third one is pretty much useless considering that it isn’t easy to hit someone with a scanner. 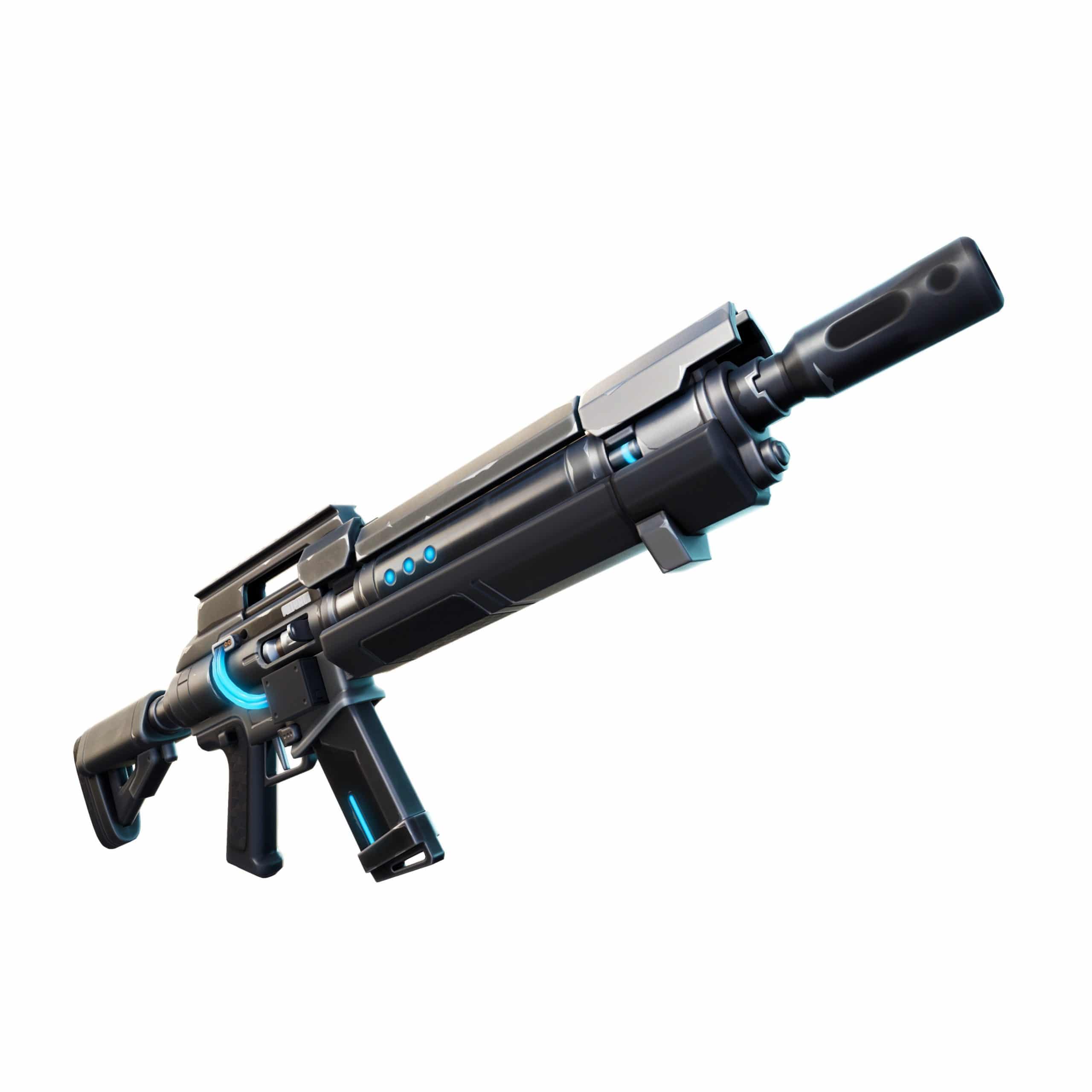 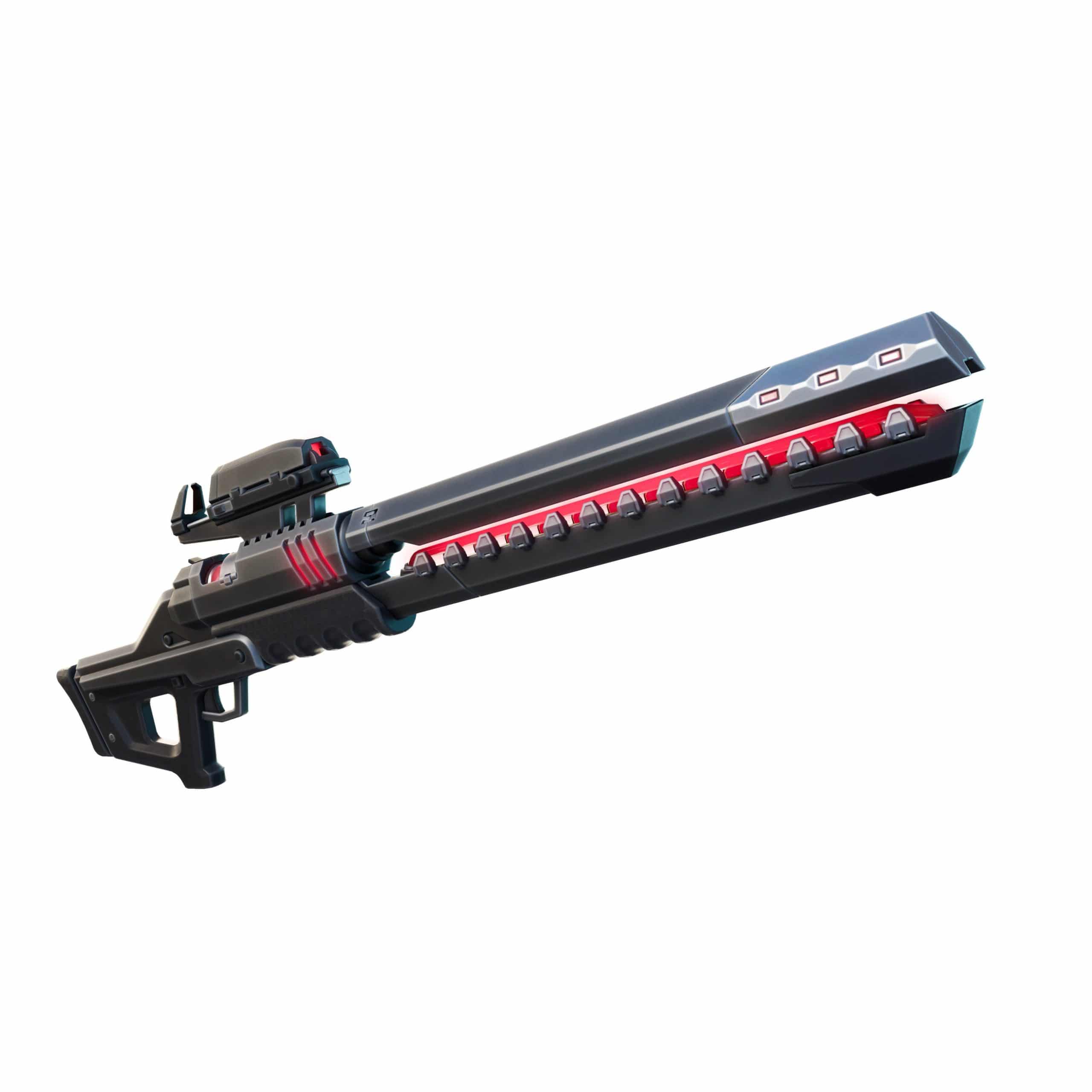 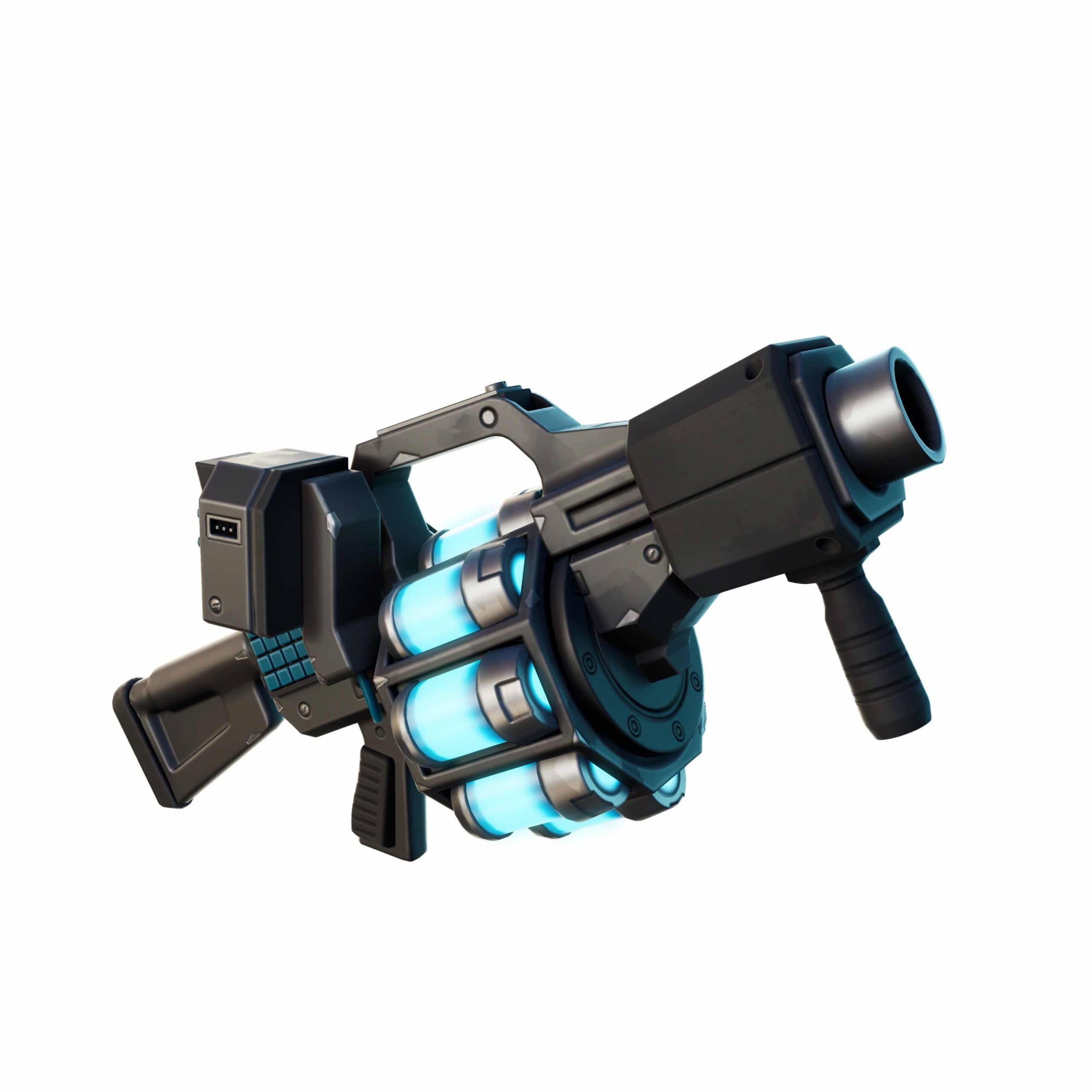 After you find a gun, you can start the hunt. You need to deal 200 damage (damaging bots also works). The rail gun is pretty effective at long ranges and when you need to shoot through a wall, and the pulse rifle can be pretty good at medium ranges.

The IO guards are the guys that guard the IO bases or smaller locations with blue smoke. Not all the radars have IO guards, but the ones that have blue smoke definitely should have at least one or two.

Here’s a map that shows all the locations guarded by IO guards: 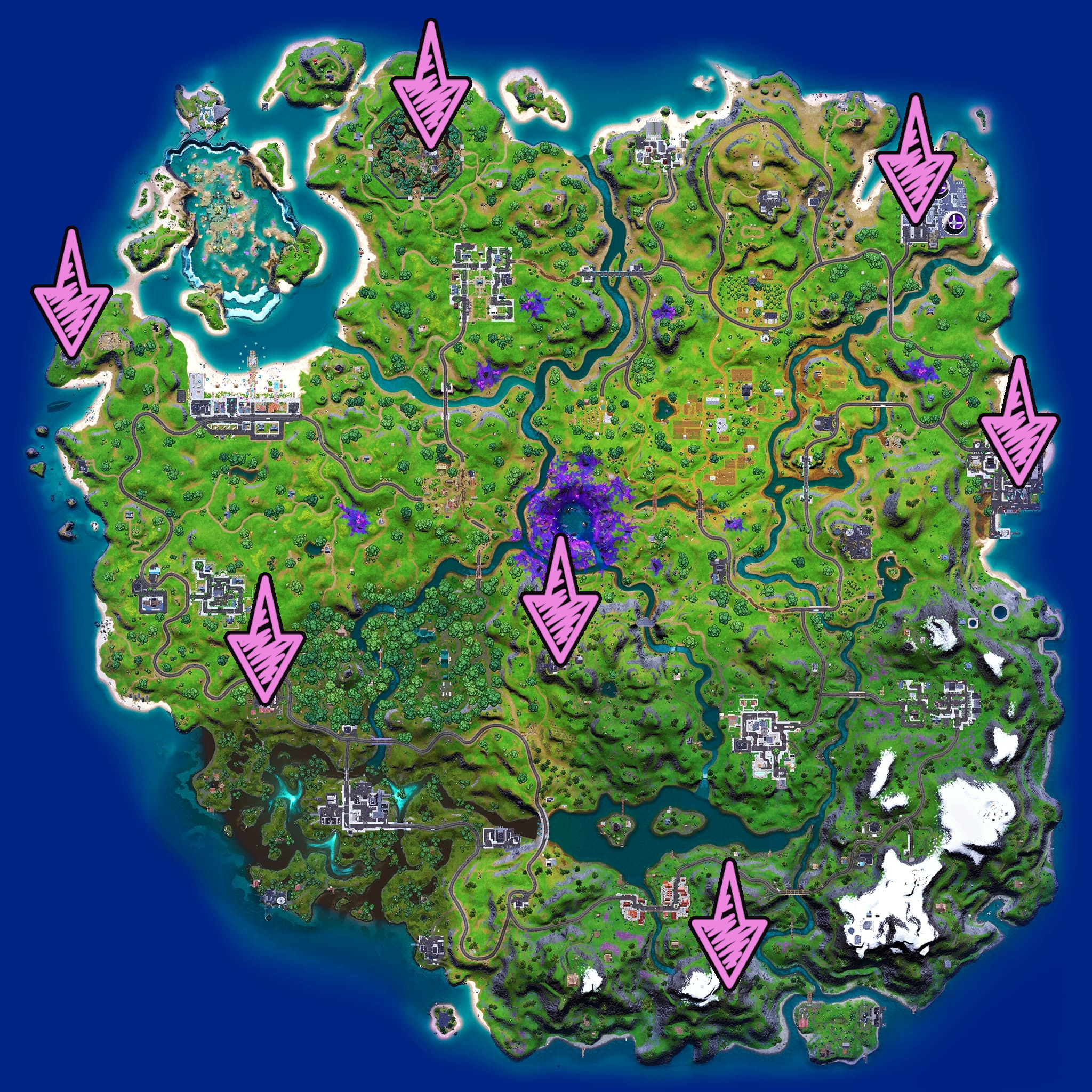 To complete this challenge, you need to shoot a guard several times.

Notice that the purple locations have Intruders instead of IO guards.