Fortnite Golden Agent Peely forced a lot of players to grind in-game exp for a long time because the 350th level isn’t so easy to get. You need to complete each and every challenge, collect all the coins and play the game every single day. And of course, you understand that spending each day in Fortnite just to get a style for an outfit isn’t fun at all.

Even the streamers that bought all the battle pass levels at the start of the Season 2 haven’t reached the desired level, so the Golden Peely will be a status symbol among Fortnite players. 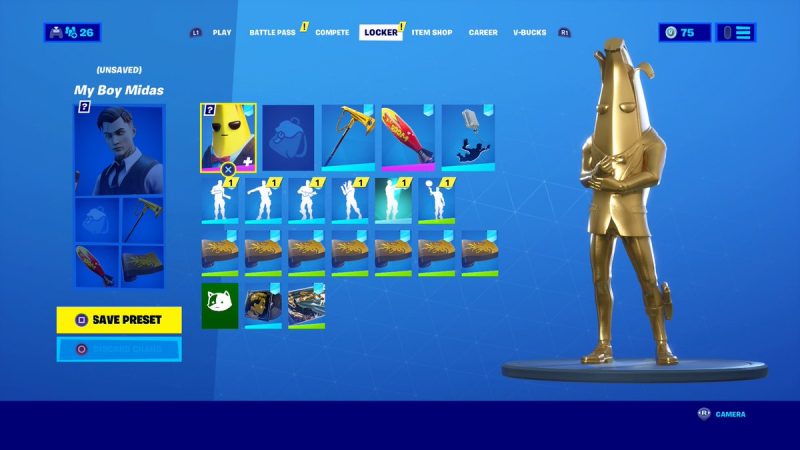 The Cinema of Gaming YouTuber took an interest in who has the highest level in the game. After searching for a while he found a player with the “TALOCAN” nickname. This guy from Germany already has more than 520 levels, and he reached the 400th level on April 15th.

Cinema of Gaming said that this player just plays Team Rumble, lands in Steamy Stacks, opens all the chests, and… leaves the game. He repeats this cycle for 16 hours per day. Is it how Epic Games planned? TALOCAN is a real grinder, he had the 100th level in every season of Chapter 1, and his goal for Season 2 is to get the 600th level.

Some info about TALOCAN:

Now it’s probably too late for such a strategy, but if you really want to get that shiny Peely style, this definitely will help you get it. But remember that it’s just an outfit, and it’s a bad idea to endanger your health by spending whole days in the game for a single skin.