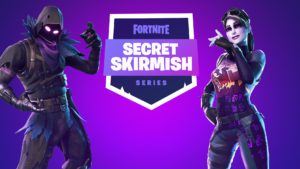 The tournament is called Secret Skirmish and it will be held February 14-15. The winners and participants of previous Fortnite tournaments will take part in the tournament. Epic Games has no additional information. It is only known that this tournament will be no less dynamic than the past.

It is also known that this tournament will be a preparation for the Fortnite World Cup, which is likely to be a kind of International for Fortnite.