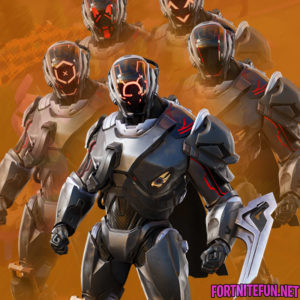 Previously, secret skins were obtained in a much more sophisticated way, but here you just need to complete a Meteoric Rise Challenges. The Scientist outfit is clearly an amateur.

The Scientist outfit looks, if you look at it in static mode, and not on the battlefield, is pretty impressive. Before us is a huge robot with massive armor, a lot of some kind of pipes and protective structures. Some neon inserts are visible behind, apparently, the path of energy transfer. And on the left hand flaunts a dagger that sticks out of the forearm (this same dagger is a headache during the game for the Scientist outfit, because this dagger does not look very much due to the size of the skin itself).

The Scientist outfit’s head is a monoblock of two parts: the back and frontal. The back is the protective side and connects the head with the body, and the frontal part is a screen on which the image is projected. 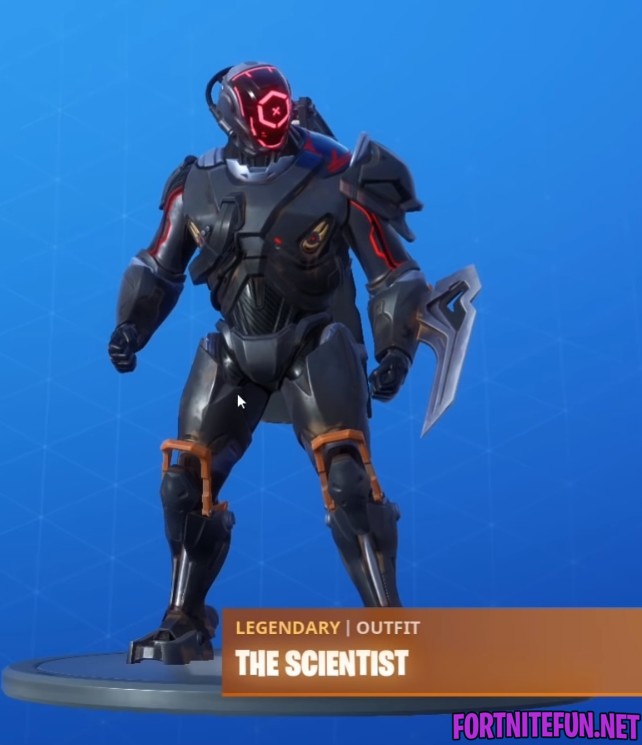 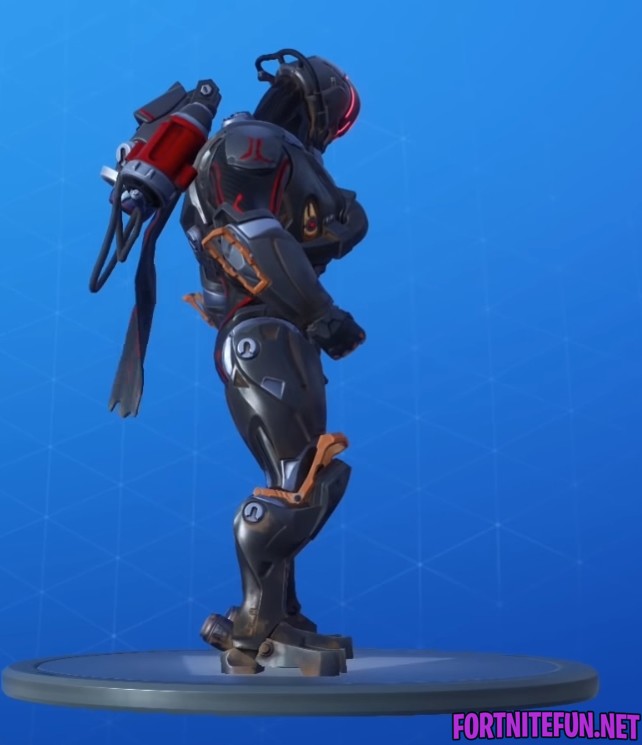 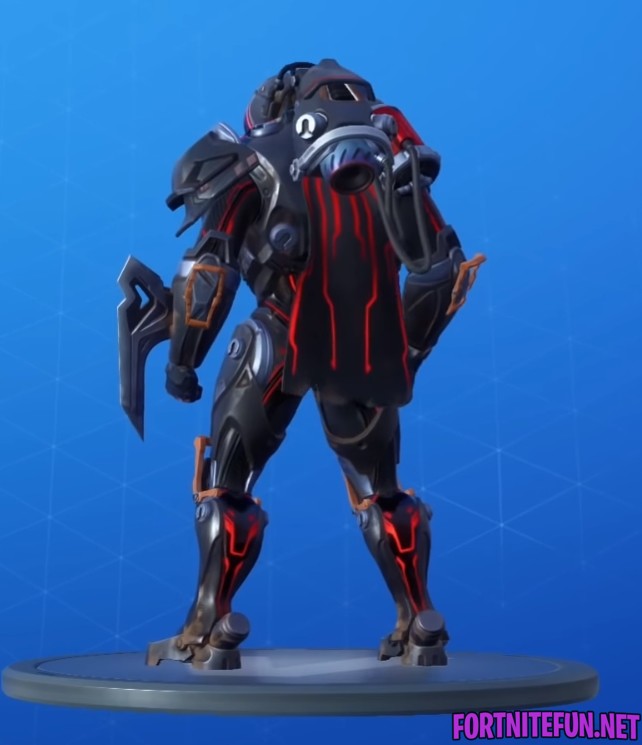 All styles of the Season 10 secret scientist outfit are a variation of the image on the screen.

There are 5 of them:

1 style (normal) – Periodically, an unusual pattern changes on the screen.

2 style (sight) – From the name it is clear that the sight is displayed on the screen.

3 style (dancer) – The screen is almost empty, only two vertical stripes are shown, which are possibly eyes.

4 style (interference) – The frightened face of the robot is displayed on the screen, which periodically disappears due to interference.

5 style (smile) – Emoji smile is displayed on the screen. 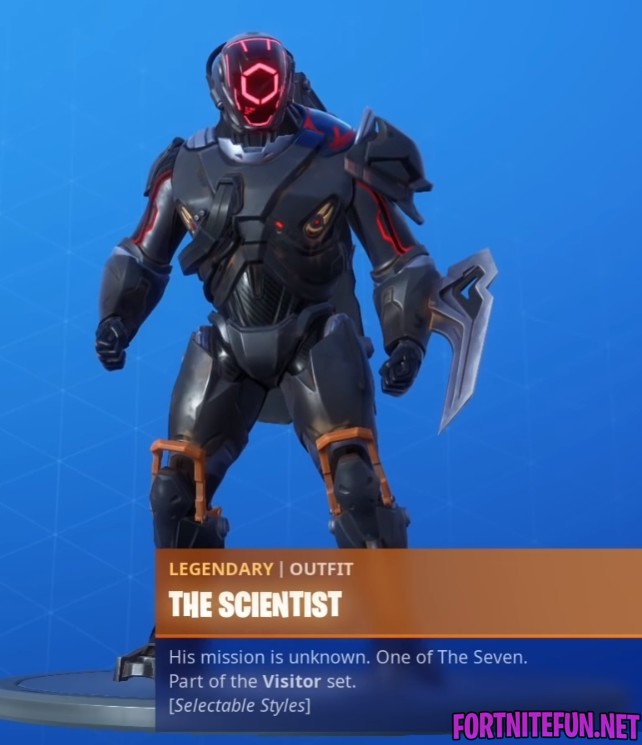 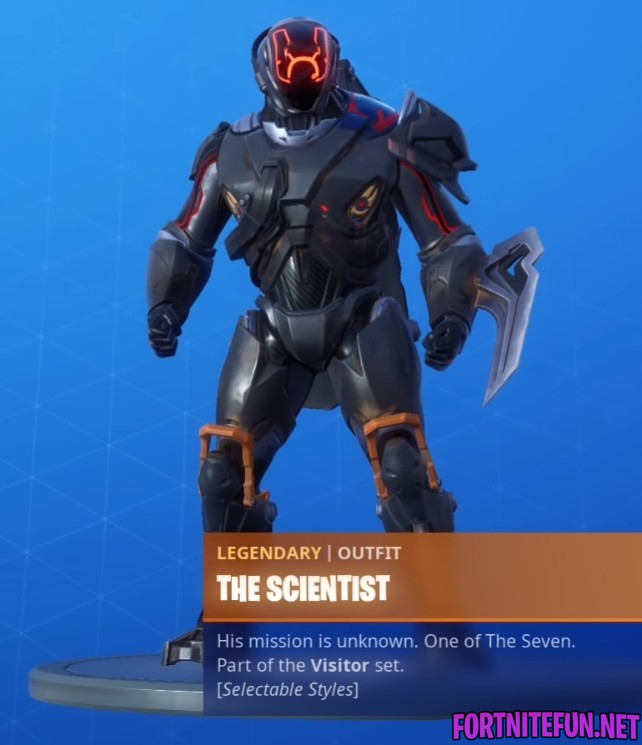 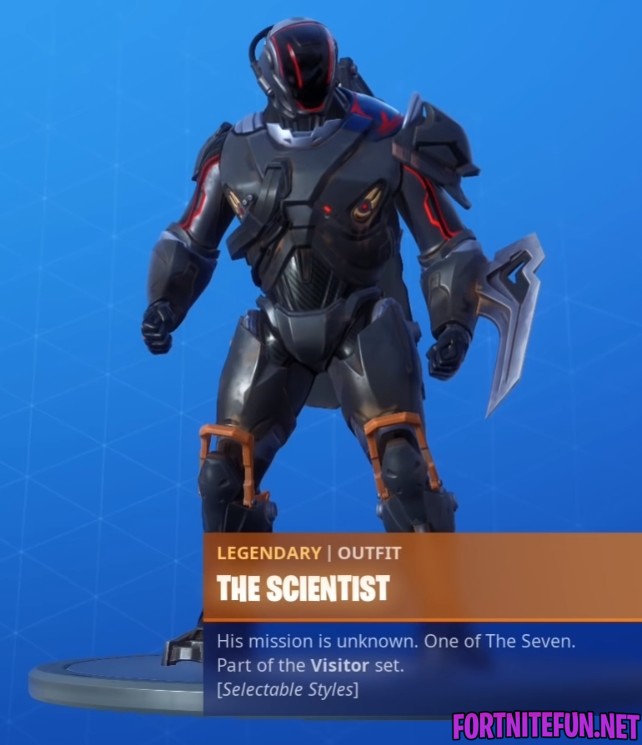 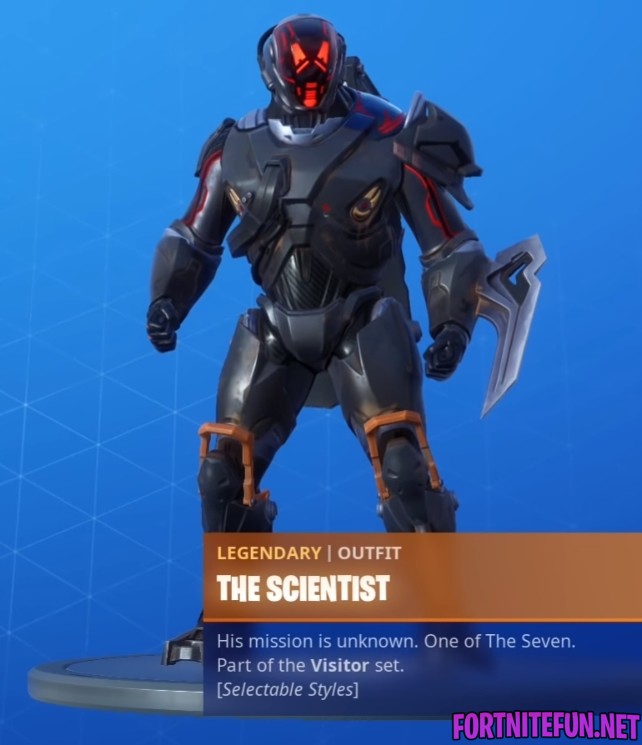 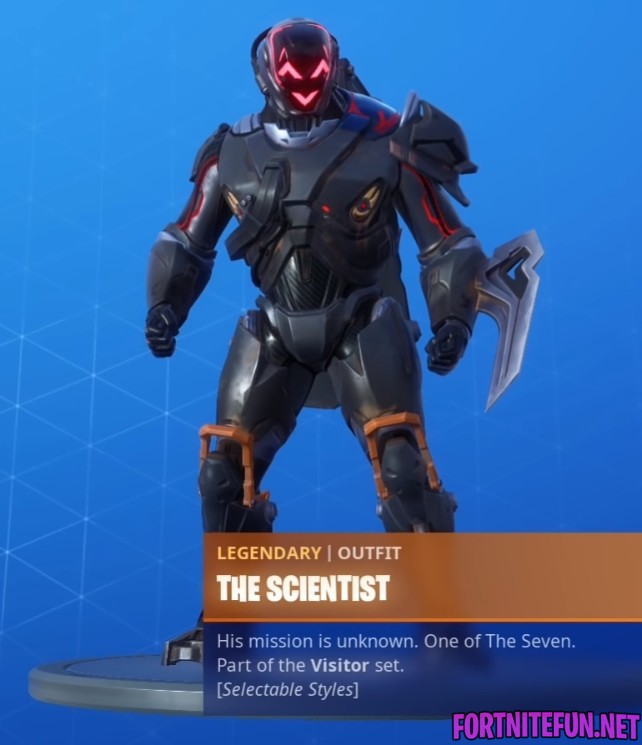 His mission is unknown. One of The Seven.

High-quality images of the Scientist outfit in a PNG format with a transparent background, so that you use them as you see fit (wallpapers, YouTube, etc.): 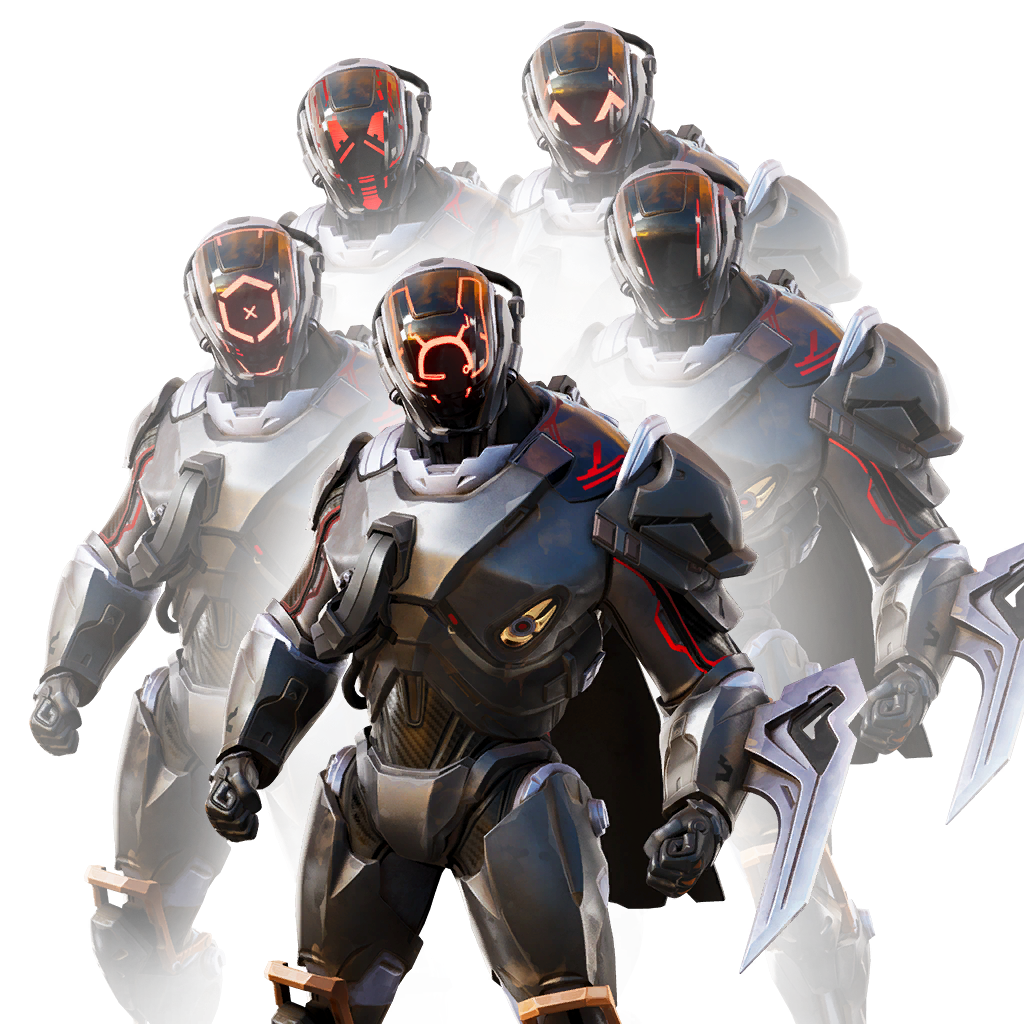