The Wolverine outfit is finally available for everyone who has the Battle Pass, but to get it, you will need to complete a hard challenge. As you probably already know, to get the outfit you’ll have to kill Wolverine in the game. And by Wolverine I mean the boss, and not a human using the Wolverine outfit. Here’s a map of Wolverine’s spawn points: 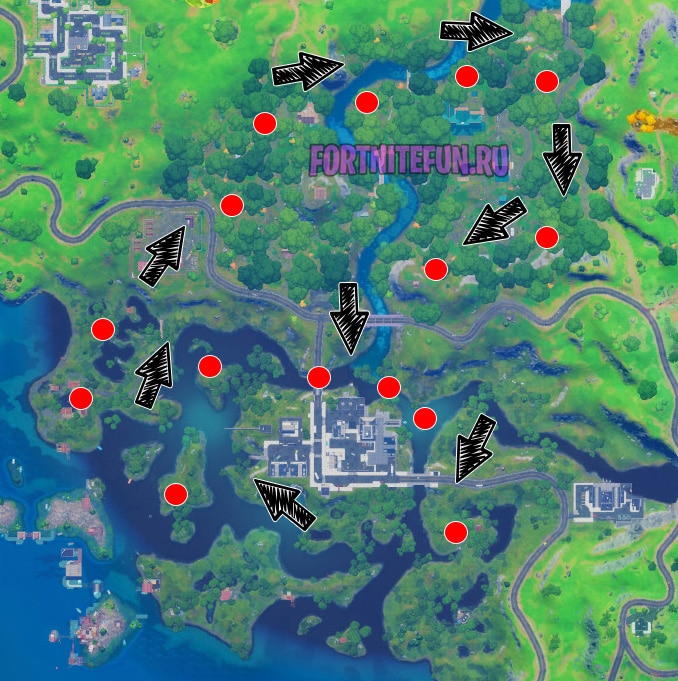 Yes, all of those red dots are Wolverine’s potential spawn points. You can’t know where he will spawn, so you will need to search for him for a lot of time in order to find him. The arrows mark the best route that you can choose to find Woverine as fast as possible. You can also try finding him using a helicopter, so here’s a map that shows all the helicopter spawn points: 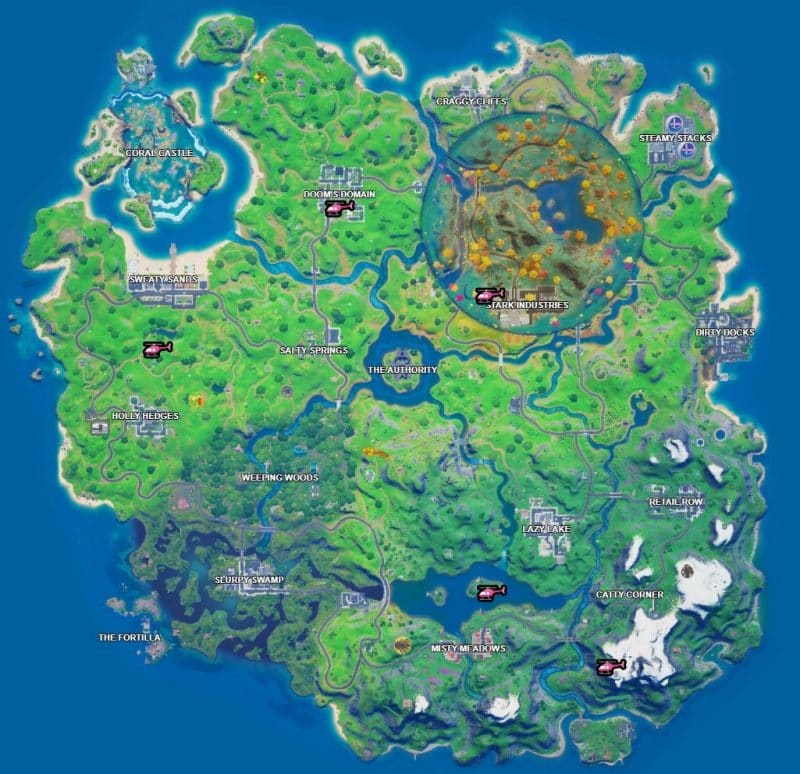 Of course, trying to find a helicopter will lower your chances of finding Wolverine because you’re not the only one trying to complete this challenge. But there’s an easy way of defeating Wolverine using a helicopter, so if you have troubles with killing him without one, be sure to also try the helicopter method.

Now we’re done with the boss’ spawn locations, let’s finally get to defeating him. But first, don’t forget to grab a gun, which you will need even if you use a helicopter.

Once you have one, land close to Wolverine and start shooting him. Once he’s got close to the helicopter, start switching seats. This way Wolverine will be confused and will start to attack the helicopter. And while he’s trying to destroy it, just shoot him as much as you can. By the way, Wolverine can also get stuck in the helicopter.

And if you don’t want to kill Wolverine by yourself, you can try stealing the kill from someone else, which is, of course, not the best thing to do. That’s why I still recommend you to try defeating Wolverine yourself or with friends first.