If there were beaches, then there were also grills. Epic, apparently, took into account that you want to eat on vacation on an industrial scale, and that added a huge number of barbecues. It is a pity that the steaks are not visible!

In the game, the grills are already hot and from the lattice side look scarlet from the heat. Nearby are bags of coal. And apparently they are so in demand that in some places are already open.

In order to perform this challenge, it is necessary in the locker in the tool section to put a Low n’ Slow Harvesting pickaxe. It was issued for performing the challenge with fireworks. Once this is done, fly to the point where there are many grills. Basically, this is a car park and shop area.

There are a lot of grills on the map, we have only noted most of them. 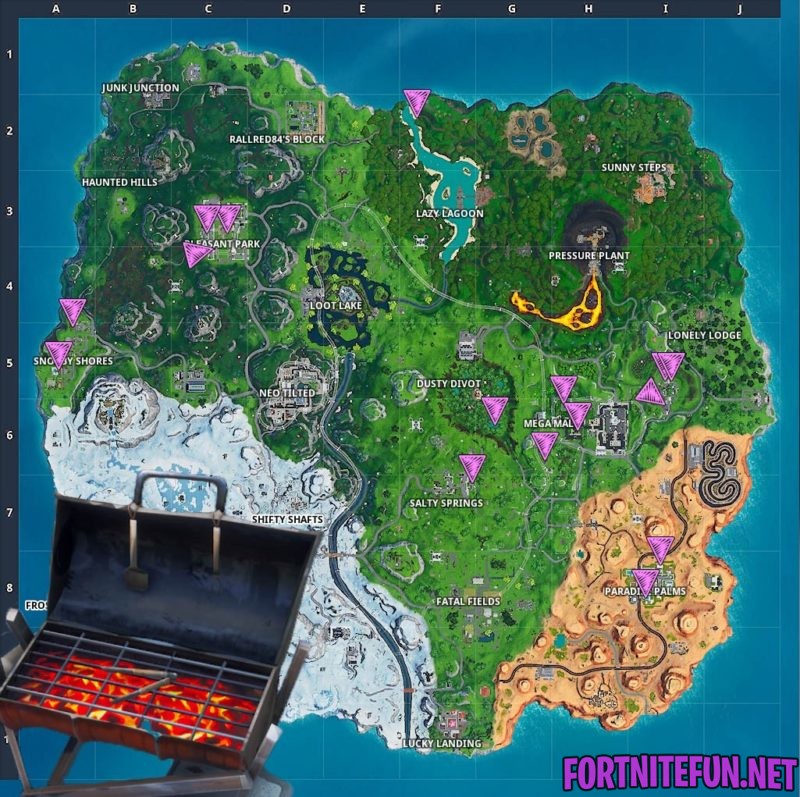 As a reward you will recieve icon with image of grill. 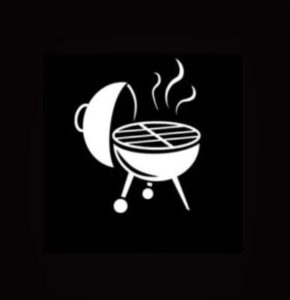