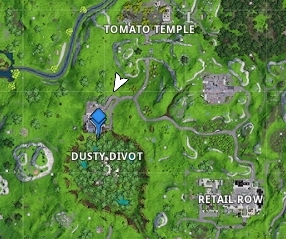 Dusty Divot (formerly Dusty Depot) is a region on the map of the Royal Battle, located in the center of the F5-F6, G5-G6 cells, north of Salty Springs and west of the Retail Row. Now it is an abandoned object, which is overgrown with trees and became surrounded by small ponds. The remains of the Divot warehouses, which were destroyed by a large meteor, are still standing at the outer edge of the old crater. 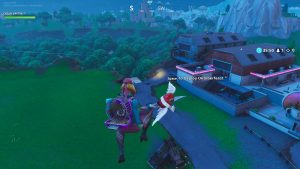