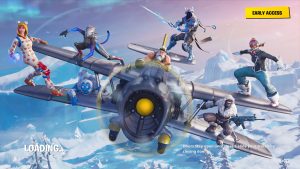 The appearance in games of such a well-known regime like the royal battle (also known as Fortnite Battle Royale) is not a unique case now. In the wake of the popularity of PlayerUnknown’s Battlegrounds, more and more developers have adopted this mode. That already existing Fortnite boasted innovation called “Royal Battle”. The peculiarity of this update is that the mode is free for all users.

One hundred players are fighting on the map, the goal of which is to remain the only survivor. To achieve the victory line “Victory Royal “, users need to search for weapons and ammunition, build defensive structures and, of course, fight with other surviving players.

The process of the game Fortnite Battle Royal 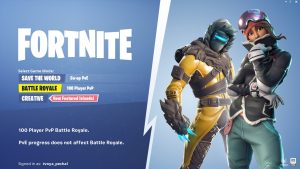 At first, all players appear in the same lobby, waiting for the arrival of aflying battle bus, which will then go to the required map. In the course of moving vehicles, you can choose the place where you want to parachute and start the game. Once you are on the ground, the right decision for you will be to find weapons and ammunition for it, so that at any moment you could attack or repel the attack of the enemy. The map will also contain special chests in which valuable resources are often hidden. The most key feature of this mode is the reduction of the game area. Over time, the available battle zone will narrow to its minimum mark, thereby pushing the survivors together. Those who did not manage to get out of the inaccessible zone die. In order not to be in this very inaccessible zone, you should always look at your location on the map and follow the progress of the combat zone. 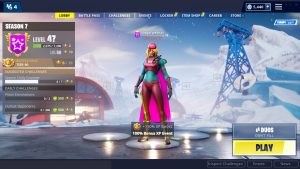 Let’s talk about some of the nuances of the game in Fortnite Battle Royale: 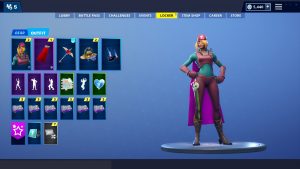 The game is quite dynamic. Immediately after the landing, the number of players can be reduced by 1.5 ~ 2 times. Very lucky if you manage to survive in such a massacre! The next part of the gameplay – the collection of resources and construction – is not as intense, but still very exciting.
Explore the map, explore the house, build shelters and compete in survival. We are sure that such a pastime will brighten your evenings and add to your good mood!