Chapter 2 Season 4 is finally out, and it also brings us some new challenges to complete, which also will give you plenty of XP for your Battle Pass. Getting a little XP is always nice, but for getting it from challenges you’ll actually need to do something instead of just getting free levels. If you have some troubles with completing some of the  Fortnite week 1 challenges, this guide is for you.

Unfortunately, the game’s map hasn’t changed a lot. Dirty Docks is one of the locations that was not changed, and it’s still on the eastern side of the map. Just land there and open every chest you see. To complete the challenge, you need to unlock 7 chests. 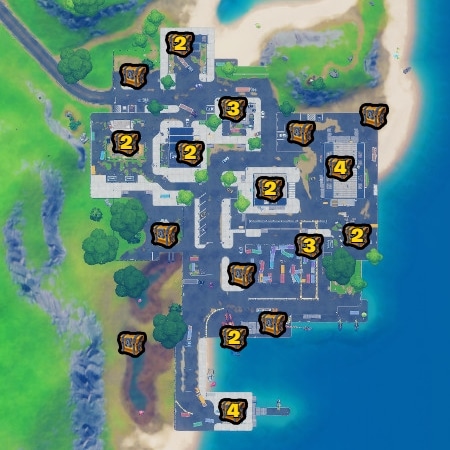 That’s another classic challenge. To complete it, just land at Holly Hedges, which also hasn’t changed, and shoot everything that moves (except your teammates, of course). To complete the challenge, you need to eliminate 3 enemies. 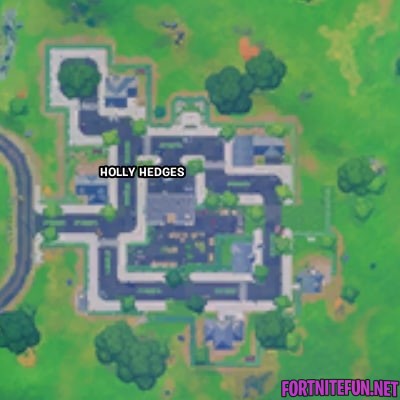 Remember those blue Sonic rings from the last season? Unfortunately, Epic Games decided to keep them in Chapter 2 Season 4. There were tons of problems with those rings, and I really hope that this time they will work correctly. The rings are floating over some of the houses, and you can see exactly where they are on the map below: 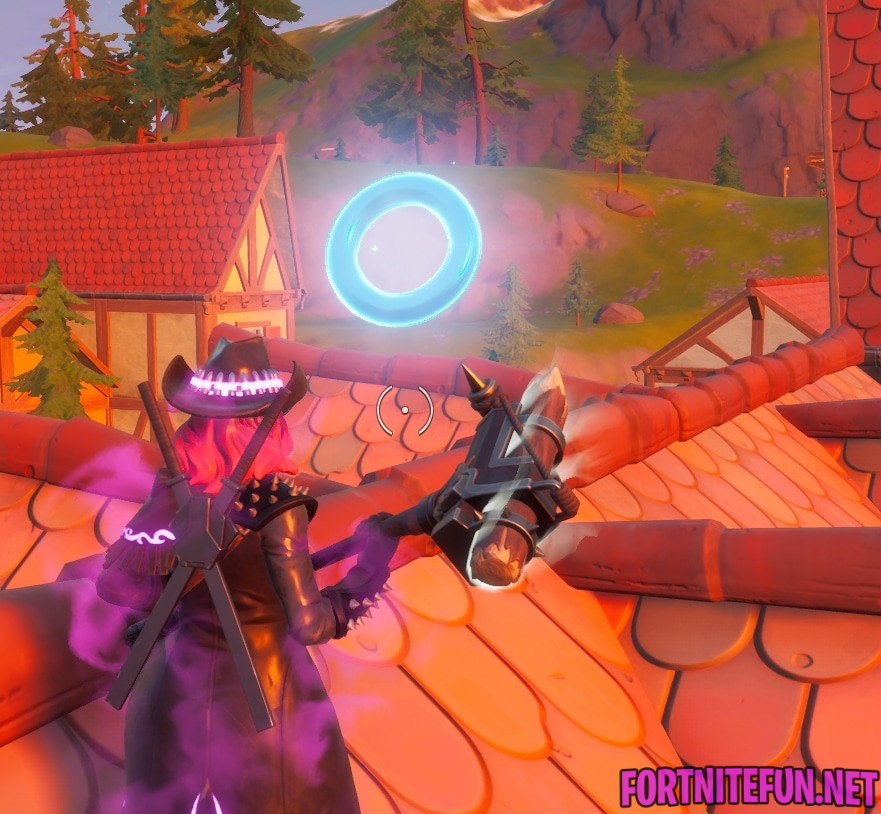 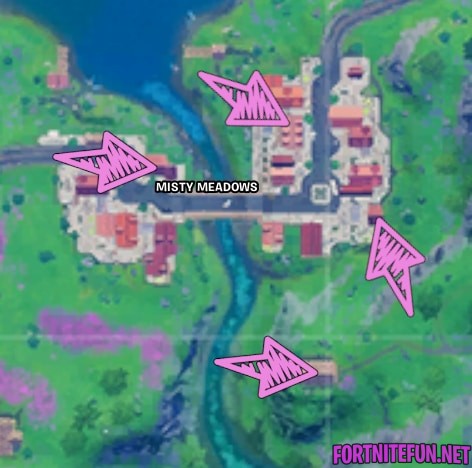 Finally something new – the Quinjets weren’t presented in the game before Chapter 2 Season 4. At the start of each game there will be 4 Quinjets that will land at places with blue smoke. Once they’ve landed, you will see a special icon on its landing place. Just land there and eliminate as many robots as you can. The robots, however, will try to kill you as well as other enemies, so be careful when you land there. 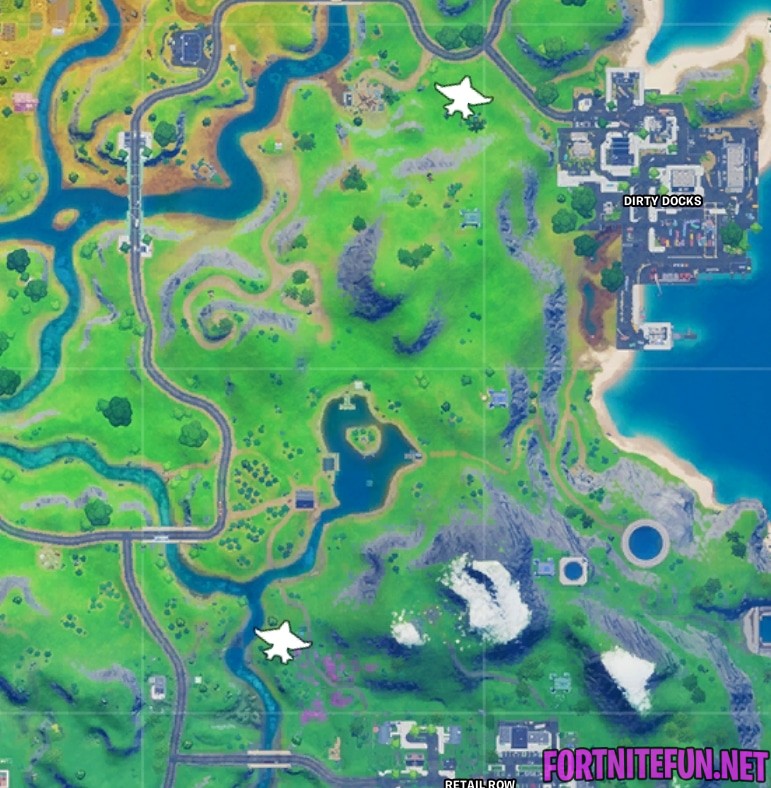 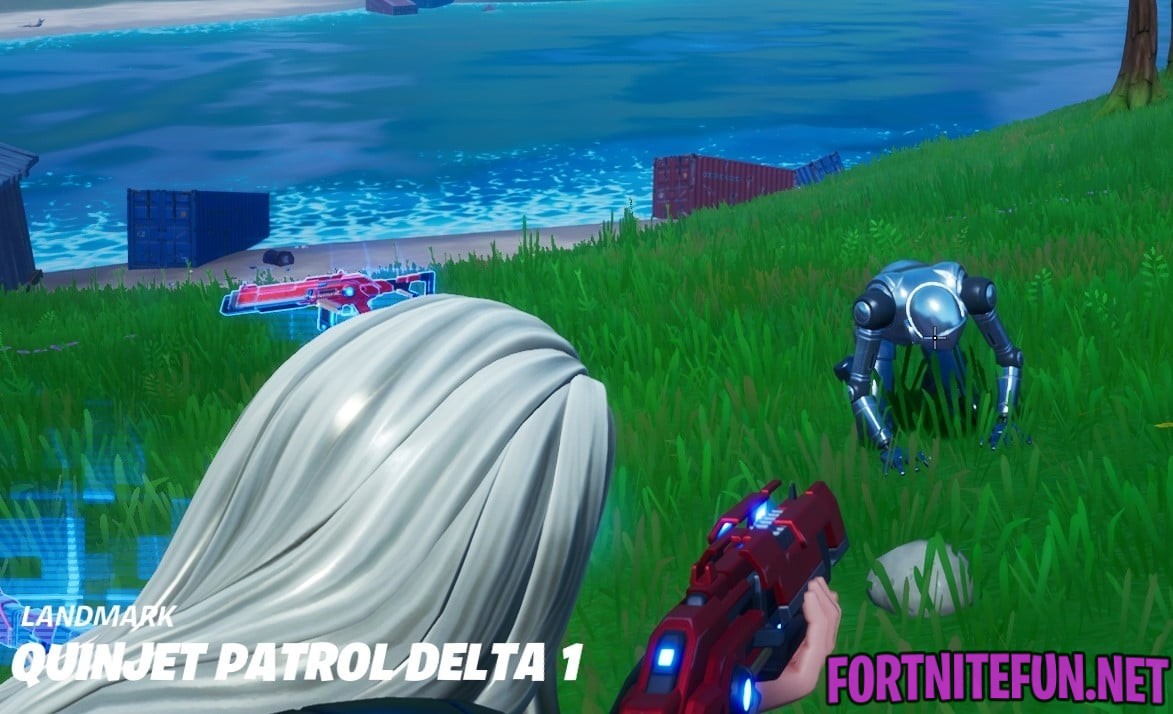 Gas up a vehicle at Lazy Lake

Lazy Lake has been on Fortnite’s map since Chapter 2 Season 1, and it hasn’t changed since then. It is located at the south-east part of the map and has a name that is presented on the map, so you won’t miss it. The location also features a gas station, which we’re going to use to complete this challenge. All you need to do is land at Lazy Lake, find a car and drive it closer to one of the pumps, interact with it and pour some fuel on the car. By the way, notice that the cars are only available in classic game modes and do not spawn in Arena nor Team Rumble 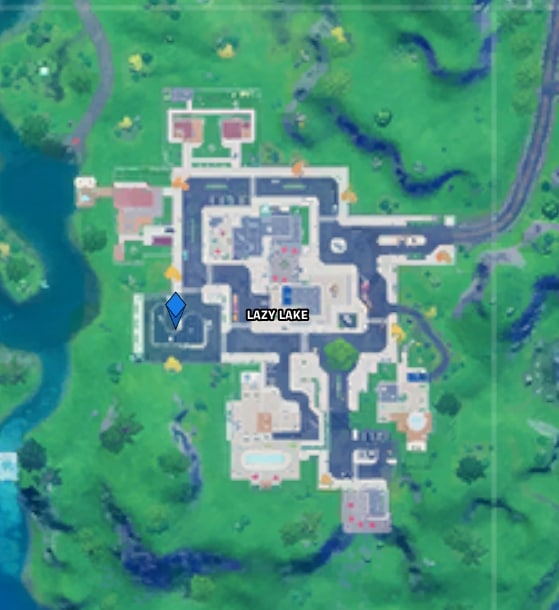 Stark Industries Energy Rifle is one of the new guns that were added to the game in Chapter 2 Season 4. The only way to get one is to kill some Stark Robots at Quinjet Patrol landing sites or kill a player that has one. It also means that you won’t be able to complete this challenge in Team Rumble, because the Quinjets only spawn in classic game modes. To complete the challenge, you need to deal 1000 damage with one of those rifles.

The Quinjet Patrol landing sites are marked on the map, so you shouldn’t have any problems with finding one of them. On the other hand, robots might be a problem, especially if you are playing Solo, so better grab a gun before you go fight the robots.

Pleasant Park is one of the locations that have been changed in Chapter 2 Season 4. Its name is now changes to Doom’s Domain, and, obviously, this place is where Doctor Doom lives… for now. The challenge requires you to end kill him three times. The easiest way to do this is by playing in Squads, because if your teammate eliminated Doctor Doom, everyone in your squad gets progress for the challenge. But you must be really careful – you’re not the only one who will try to complete this challenge. 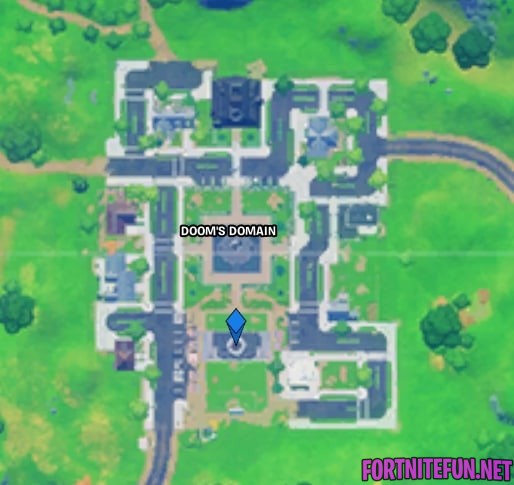 You or your teammates need to kill Doctor Doom 3 times to complete the challenges. Once it’s completed, you will get 50 000 XP.