We’re already halfway through the season. This week, as all the previous ones, also has some challenges for us to complete. Week 5 challenges include some usual ones, such as eliminations or searching chests, and there are also some new ones. Complete all of them and you will get 200 000 XP.

All of you already know what’s Doom’s Domain, and if you don’t – you’re probably a new player. If you are, just look at the northern part of the map while playing. Once Doom’s Domain is located, land there and loot 7 chests – this will be enough to complete the challenge and get 25 000 XP. 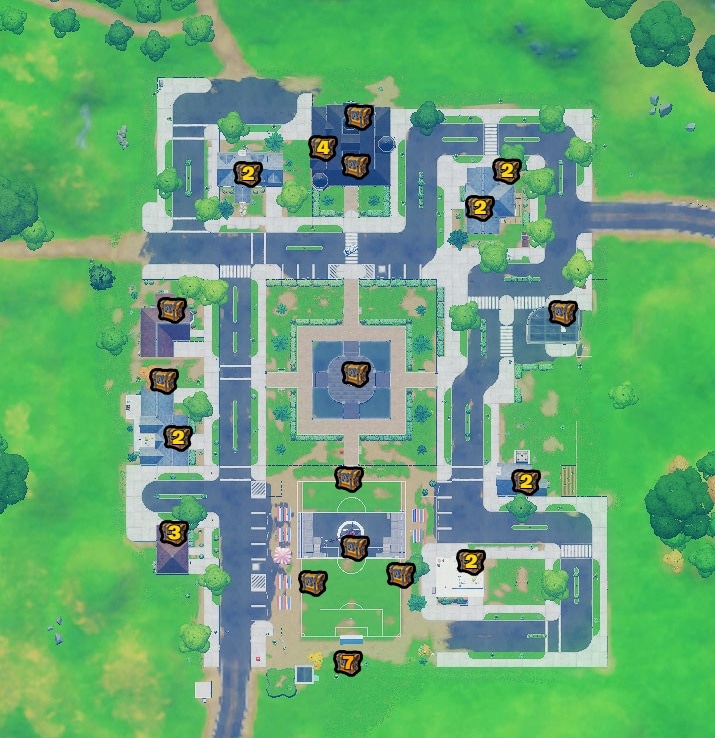 This one is very simple. Or not really, if you are not a good killer. Well, at least 3 eliminations isn’t that many, so the challenge is totally real to complete for most of the players. But there’s another problem besides getting kills – Dirty Docks is not a popular location, so even if you don’t have any problems with eliminating enemies, you might have some problems with finding them. To avoid having this problem, just complete the challenge as fast as you can after it’s out.

It’s been a while since there was another driving challenge, so it will be nice to complete it for a change. Slurpy Swamp is located in the South-Western part of the map, while Catty Corner is in the South-Eastern part. Another hard part is that you need to complete the challenge in 4 minutes without getting out. This means that you won’t be able to fuel your car up, so be sure to take the one that has enough fuel to cover the whole route. And, if you didn’t know, all the cars in the game drive faster on the road than on the ground, so offroading isn’t a good option this time. Here’s an example of your route: 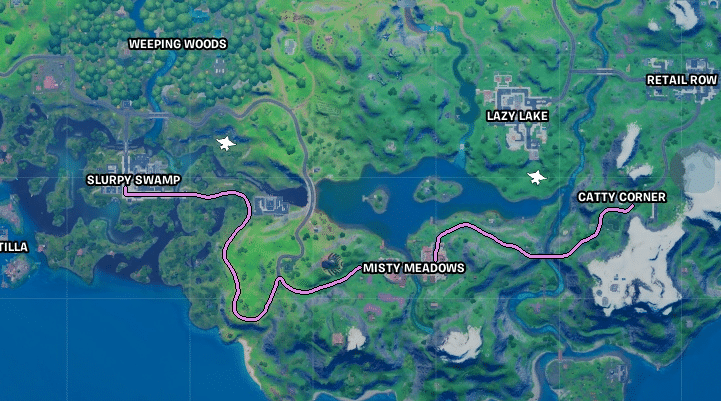 This isn’t the first time we need to collect blue floating rings, so hopefully, this time the rings will work just as intended. This week you will need to collect them in Coral Castle – one of the new locations in the North-Eastern part of the map. The easy way to complete the challenge is to play Team Rumble, because the chances of getting killed are lower and you will always have some resources. Once you’re ready to collect the Sonic rings, land at Coral Castle and follow the map below to get 25 000 XP: 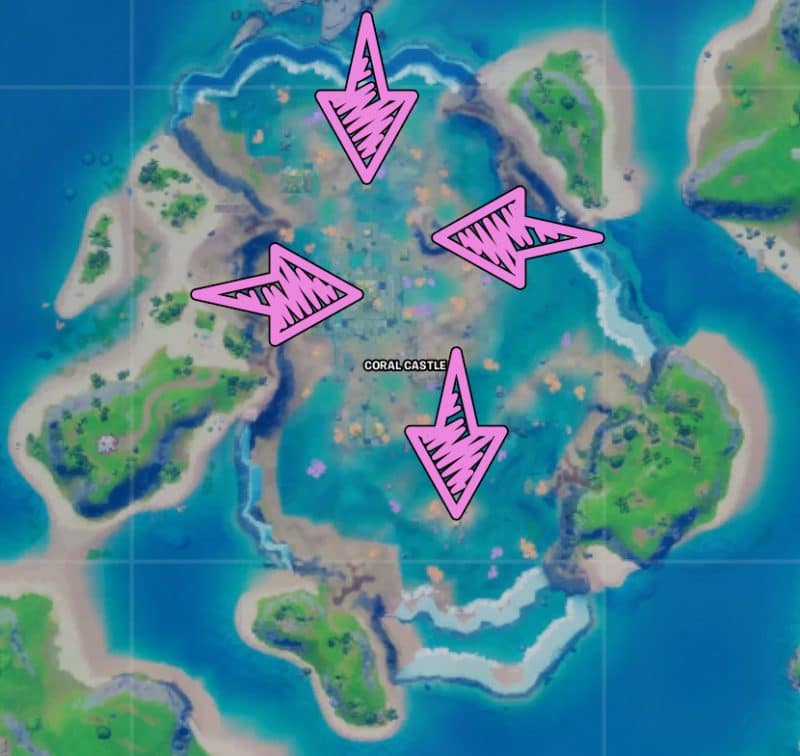 You need to collect all the 4 rings.

In a vehicle, jump through the flaming ring at Salty Springs

This week 5 challenge is finally something unique – the last time we needed to go through flaming rings was a long time ago. Just land somewhere, get a car and drive to Salty Springs, or just land at Salty and try to get a car there. You can see where the ring is on the map below, and besides the ring, there’s also a trampoline that will help you reach the ring. 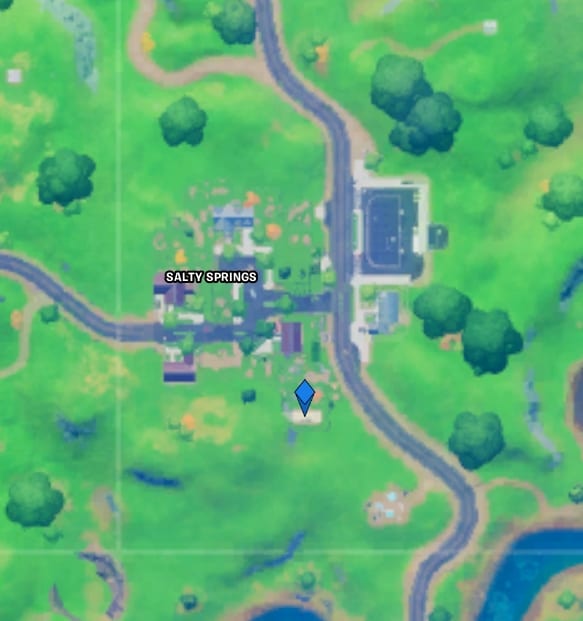 Stark Robots can be both enemies and friends. This challenge needs you to hack one of the robots and dance with it – this way the robot will also start to dance. Another way to make a robot dance is making it eliminate an enemy, which is much harder.

So, to complete probably the most interesting and funny challenge of all the week 5 challenges, drop at a Quinjet or at Stark Industries (which is more dangerous), down a robot and hack it. After the robot is hacked it will become your friend and you’ll be able to dance with it. After dancing with 1 Robot you will get 25 000 XP and a new friend, at least for 1 game. 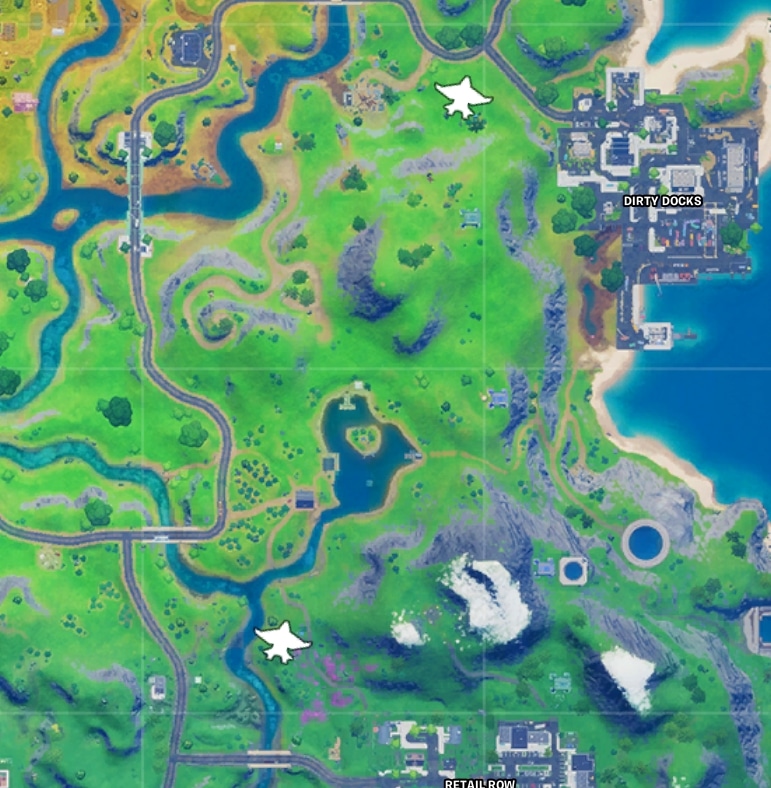 Gorgers are huge robots that will try to kill you. They may spawn on one of those points: 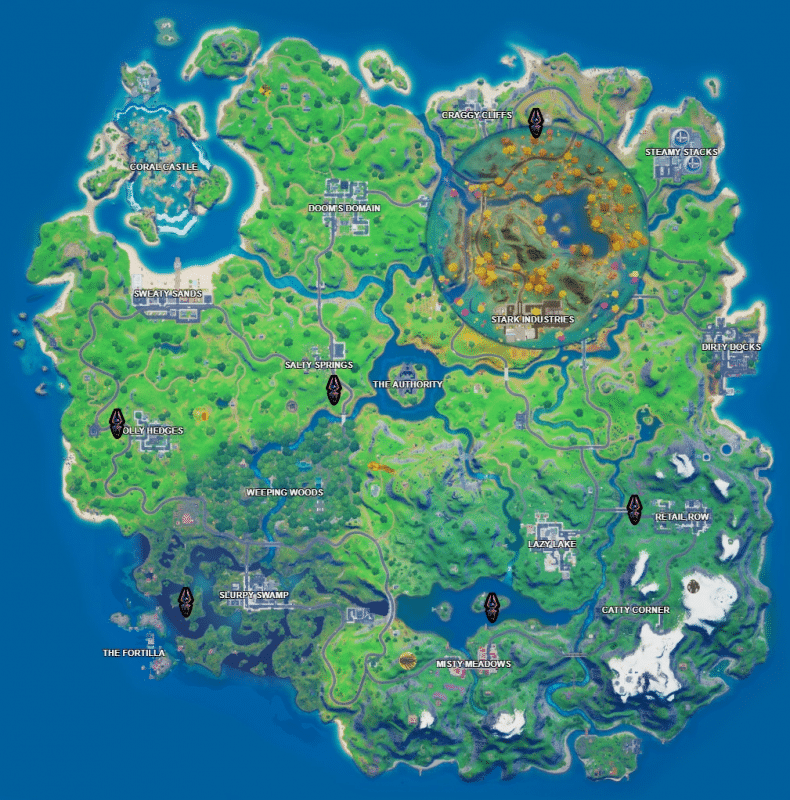 The Gorgers are really hard to kill: they have a lot of health, and they also spawn Gatherers, which will also try to kill you. And don’t forget about other players – they will be even more dangerous. To complete the challenge, you will need to destroy 1 Gorger. It’s not many, but it wil still be really hard, so this challenge is probably the hardest one of week 5 challenges.