The Battle Pass for Chapter 2 Season 7 of Fortnite is finally live, as well as the season itself. Of course, the main thing about the Battle Pass is its content, so let’s take a look at it!

Other news about Chapter 2 Season 7 of Fortnite: 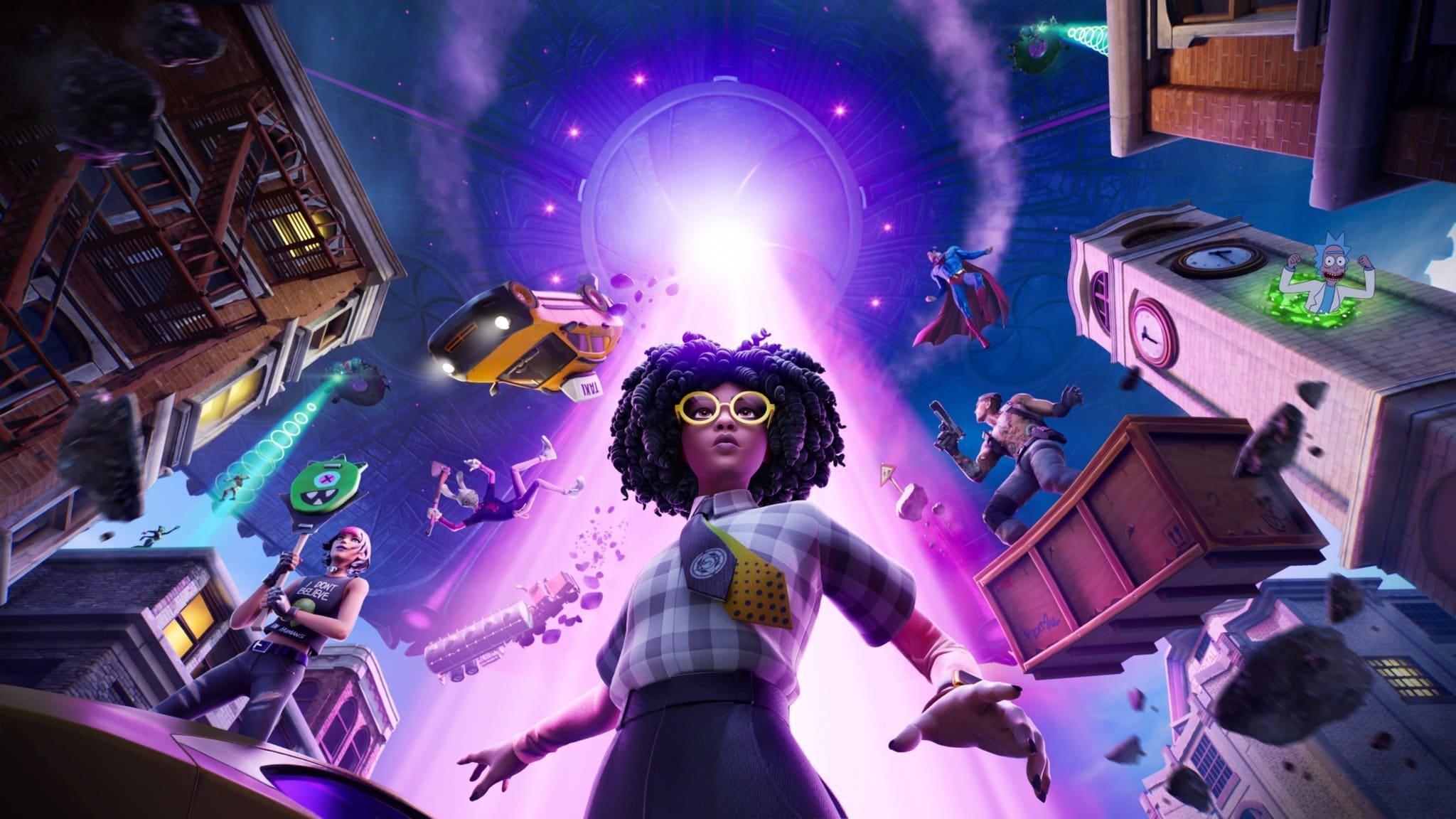 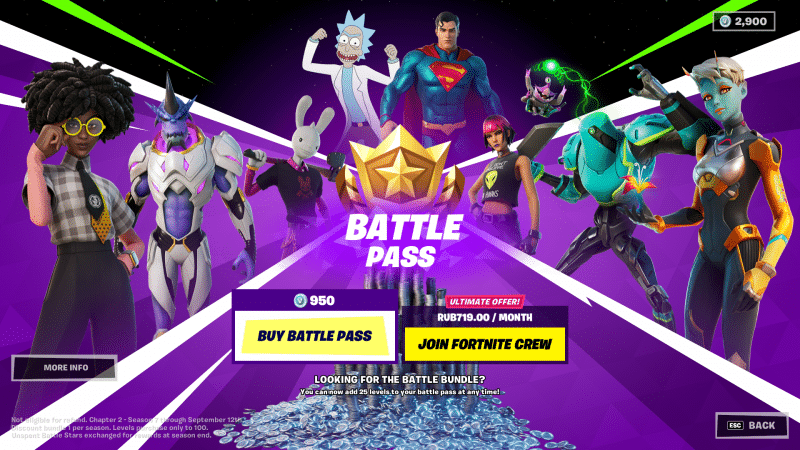 If you have enough money, you can also subscribe to Fortnite Crew. The June subscription will give you a skin with 3 styles, a back bling, a pickaxe, a wrap, 1000 V-Bucks, the current Battle Pass and even a free Spotify Premium subscription for 3 months. Not bad, right? You can purchase the subscription for $11.90.

Both the Battle Pass and the subscription are sold only in the in-game shop!

How to gift the Chapter 2 Season 7 Battle Pass

To buy or not to buy?

As always, it depends. If you aren’t an active player and don’t really care about Fortnite – I wouldn’t recommend you buying the Battle Pass, But if you play Fortnite a lot, definitely consider purchasing the Battle Pass for Chapter 2 Season 7. There are several reasons for that:

You’d probably already noticed that the secret skins are rarely related to the seasons. This time it’s a bit better – Clark Kent is an alien, after all. And if you didn’t realize yet, he’s the secret skin of Chapter 2 Season 7. 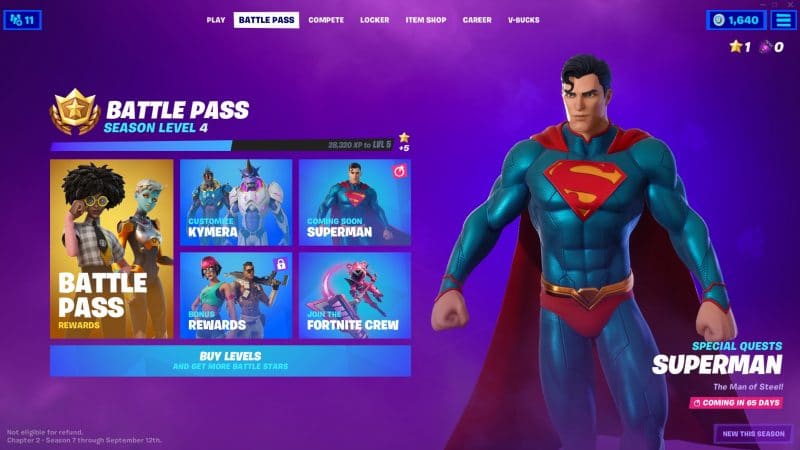 Even though level 100 of each Battle Pass is the most desired one, its reward is often disappointing. However, Rick and Morty fans won’t be disappointed this time – the level 100 reward of this season is the Rick Sanchez skin, who is one of the main characters from the series. 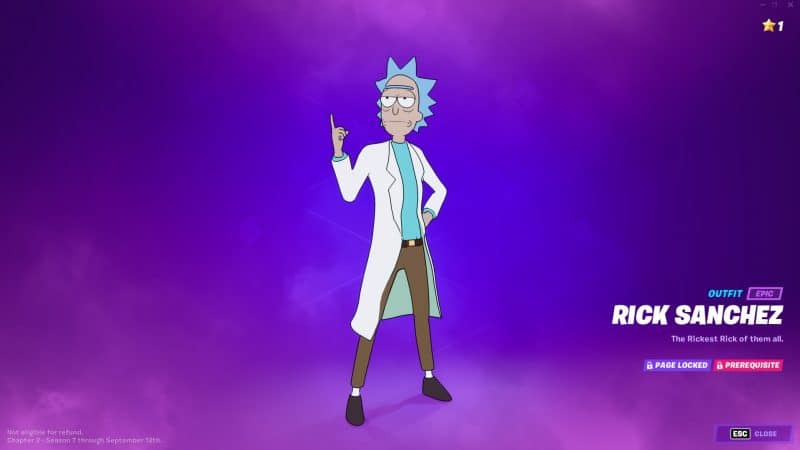 We’ve been being abducted by the aliens even before Chapter 2 Season 7 started, so it’s pretty obvious that most of the rewards should be somehow related to aliens. And they are – some of them even are aliens themselves.

There are 8 skins in this Battle Pass, just as you’d expect. There also are around 70 other cosmetic items. Some of them are not good enough for most players, while the other ones look really promising. 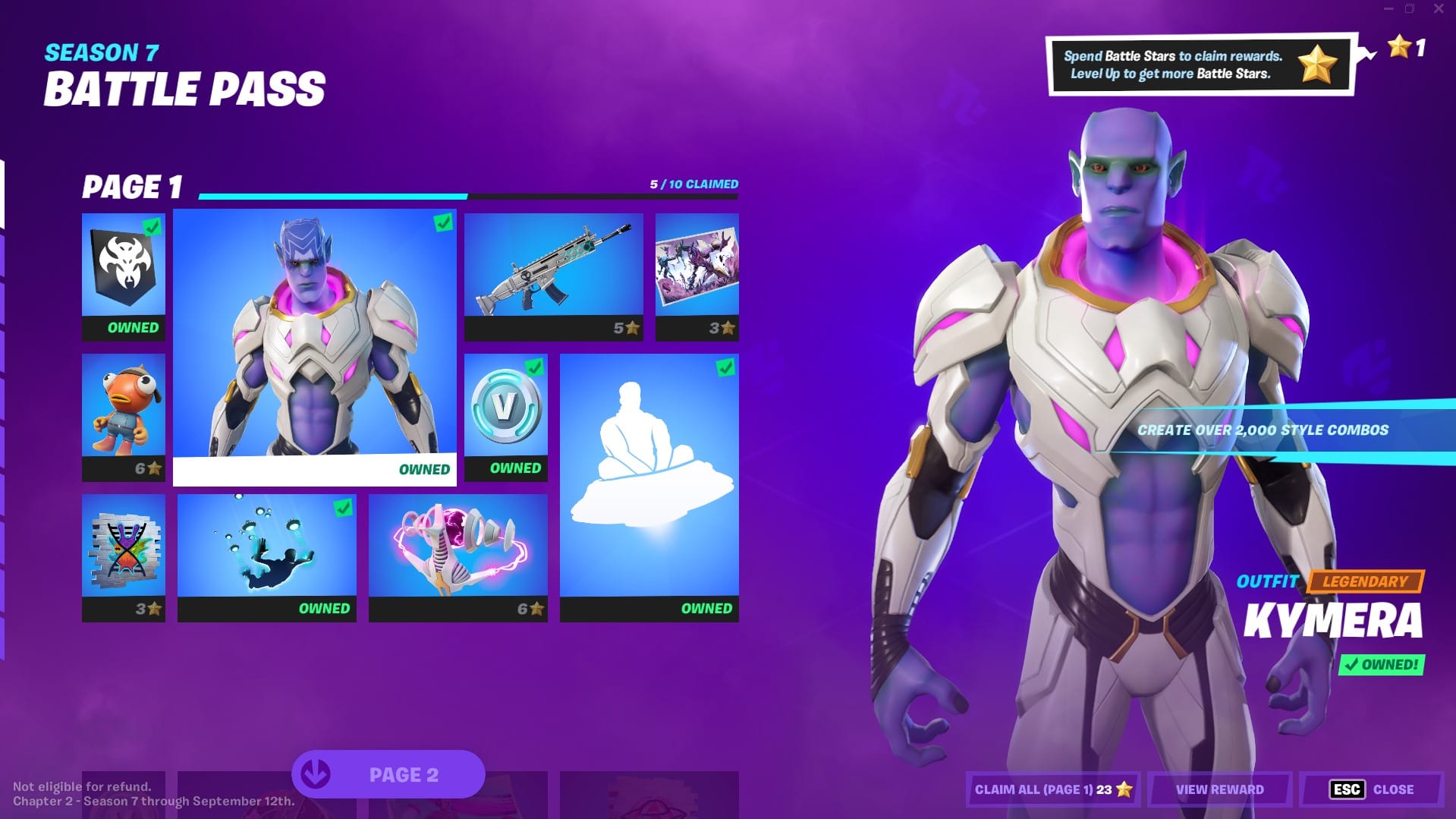 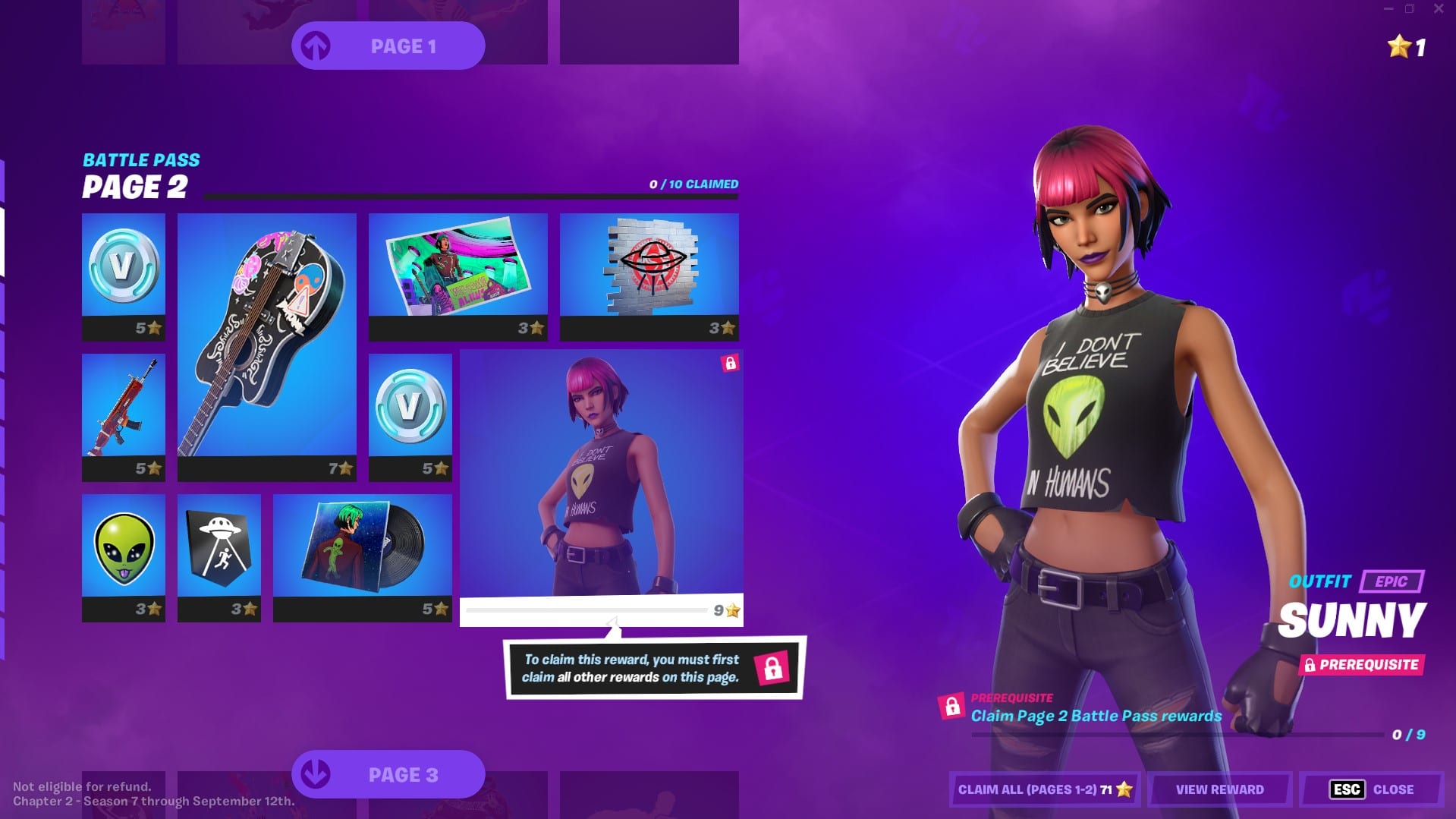 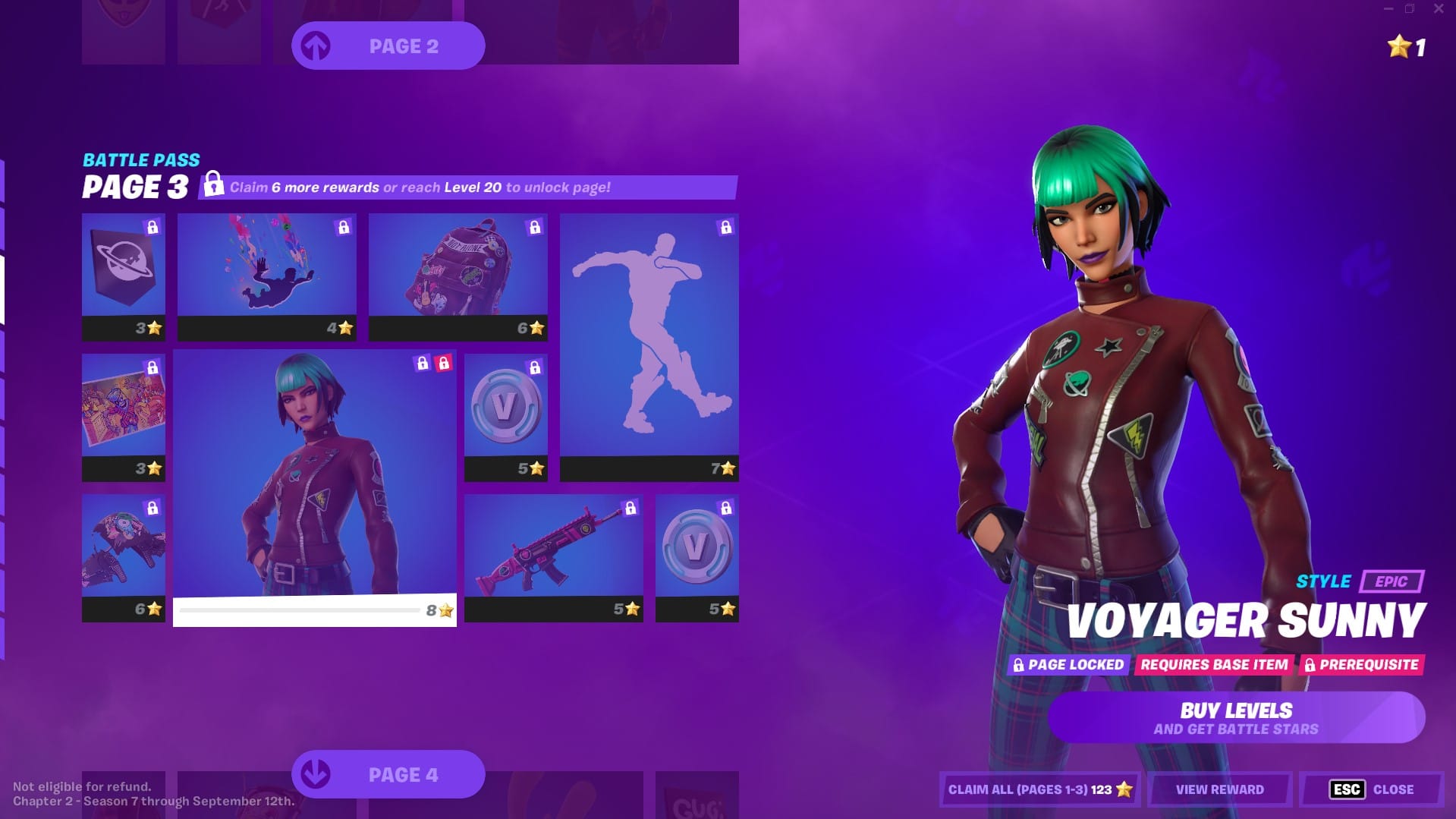 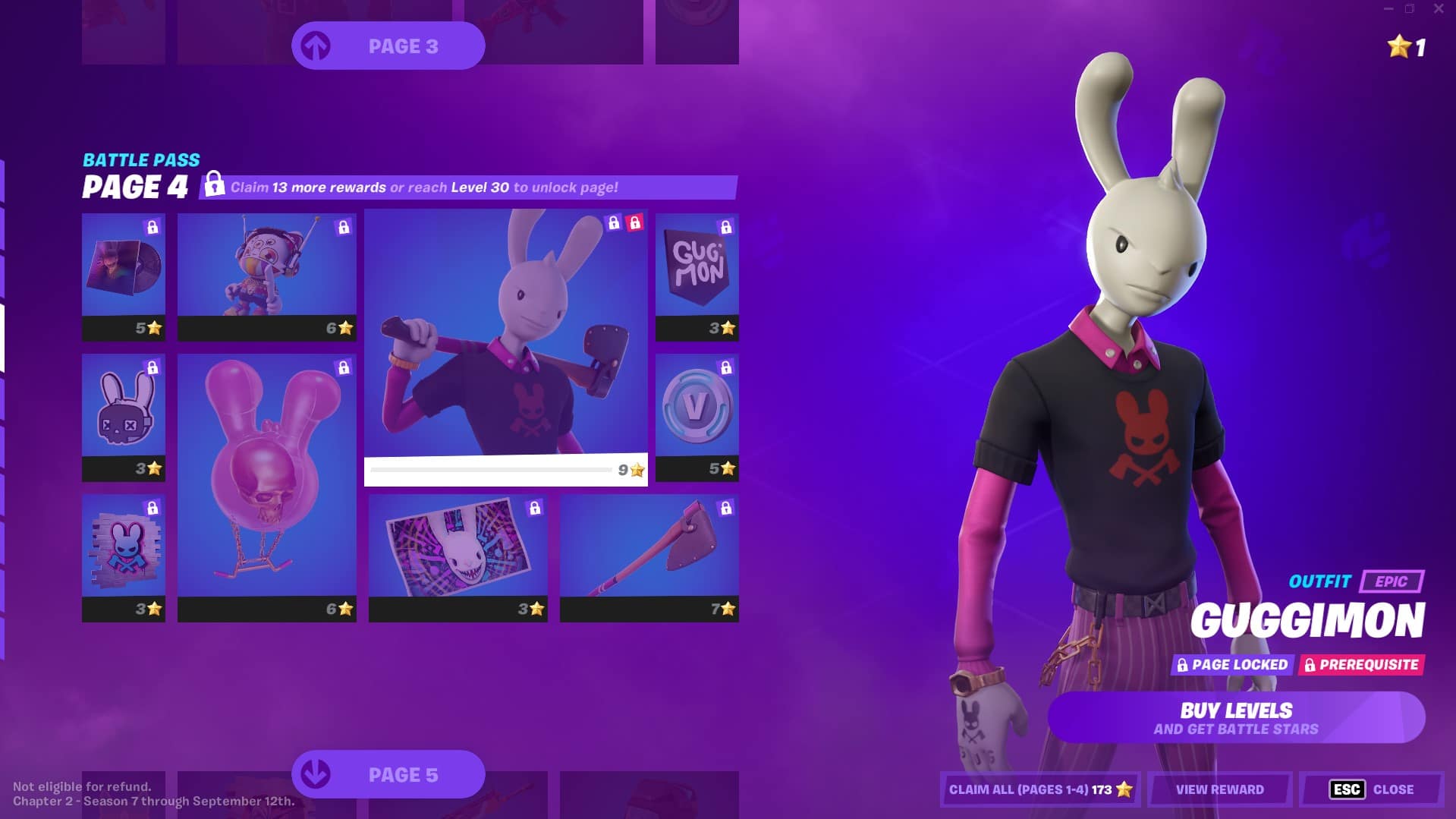 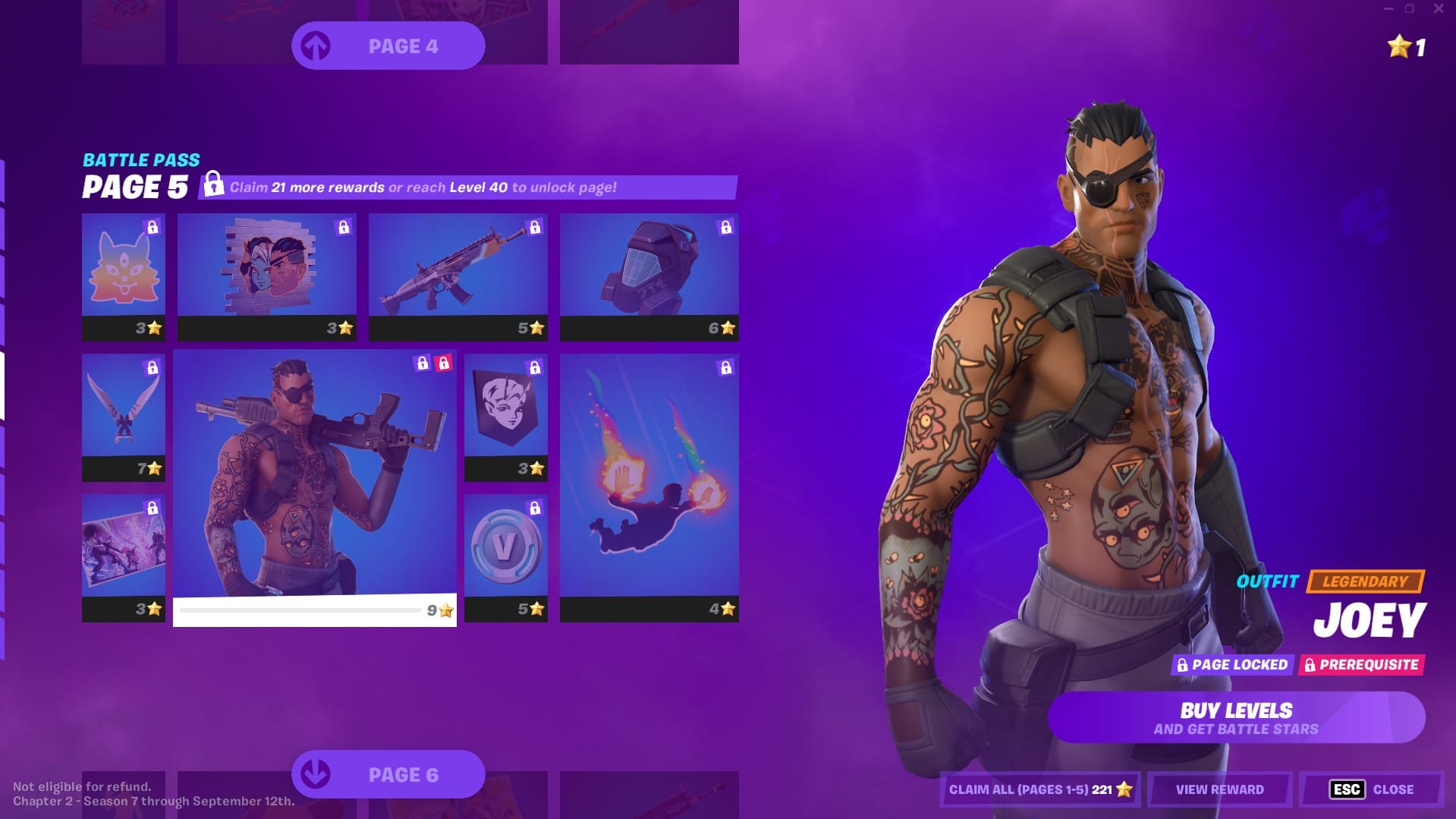 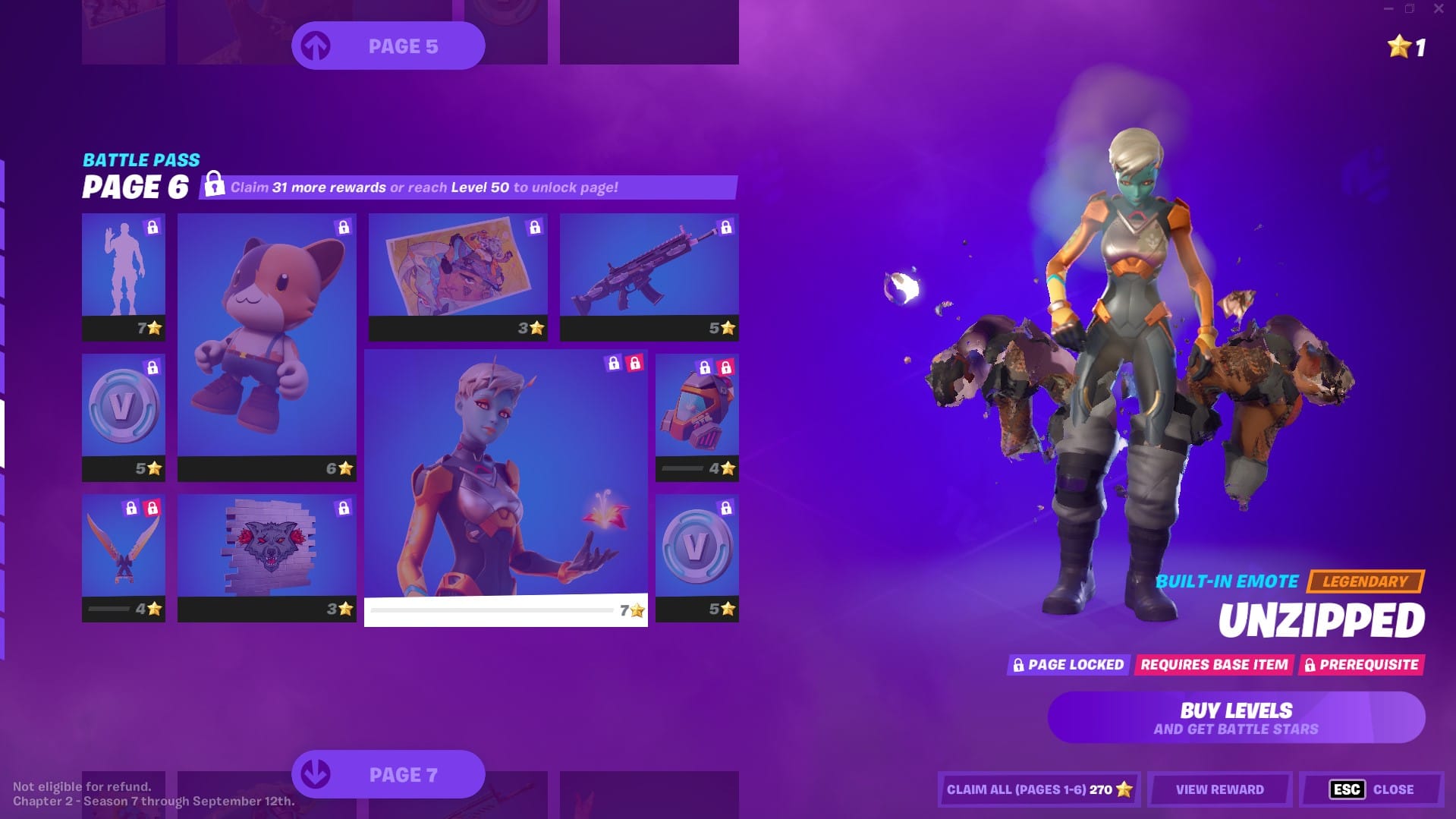 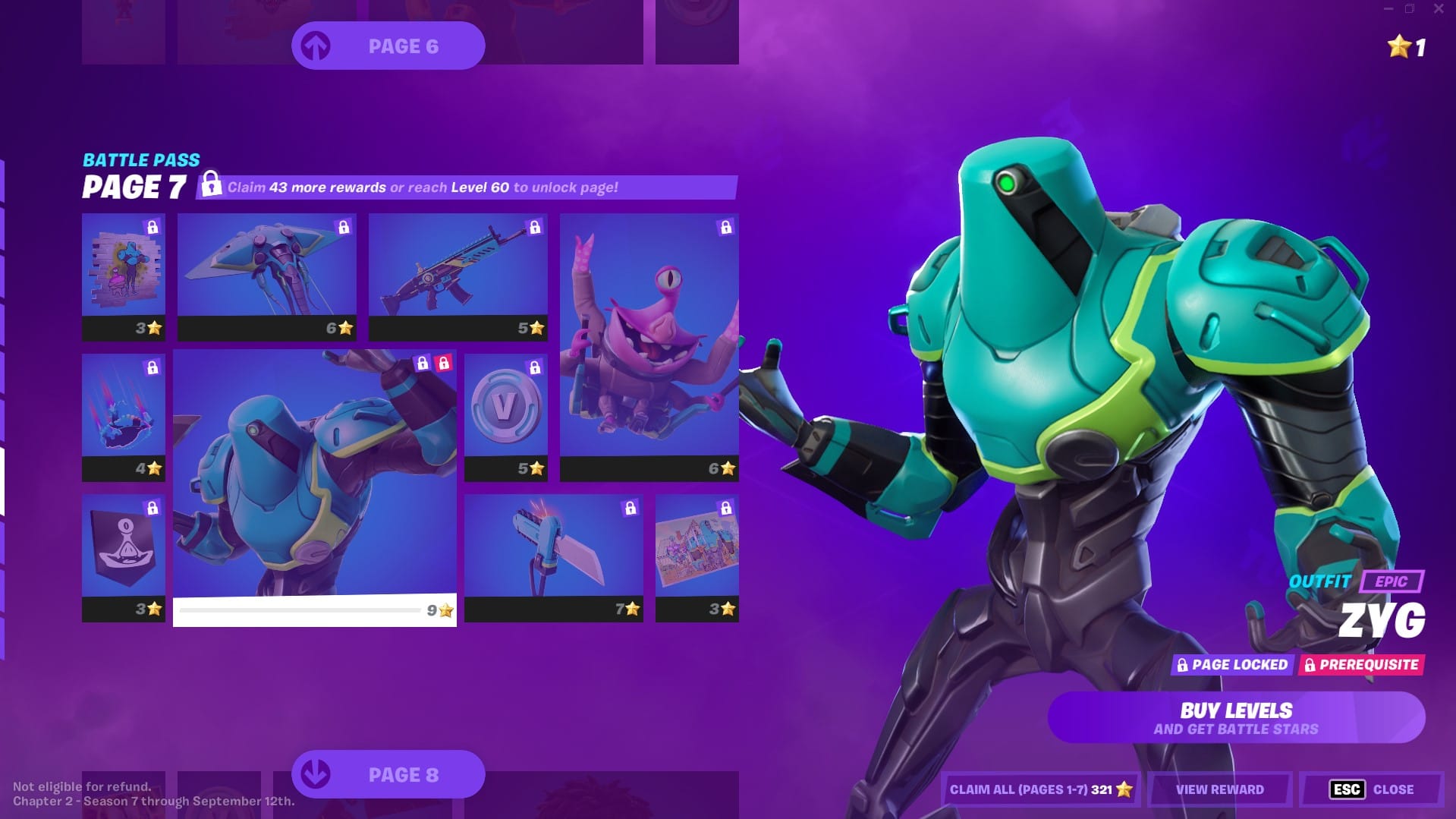 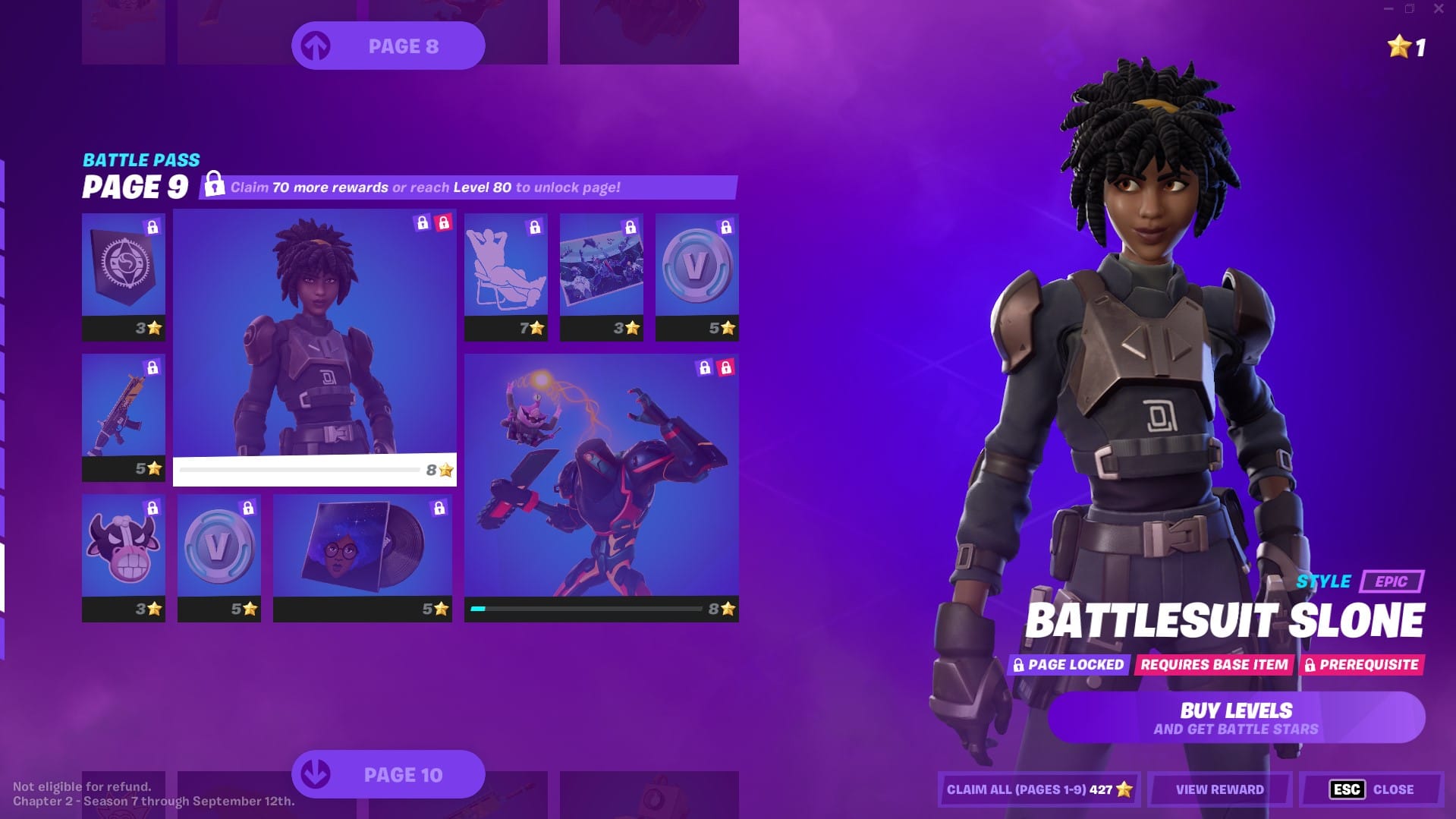 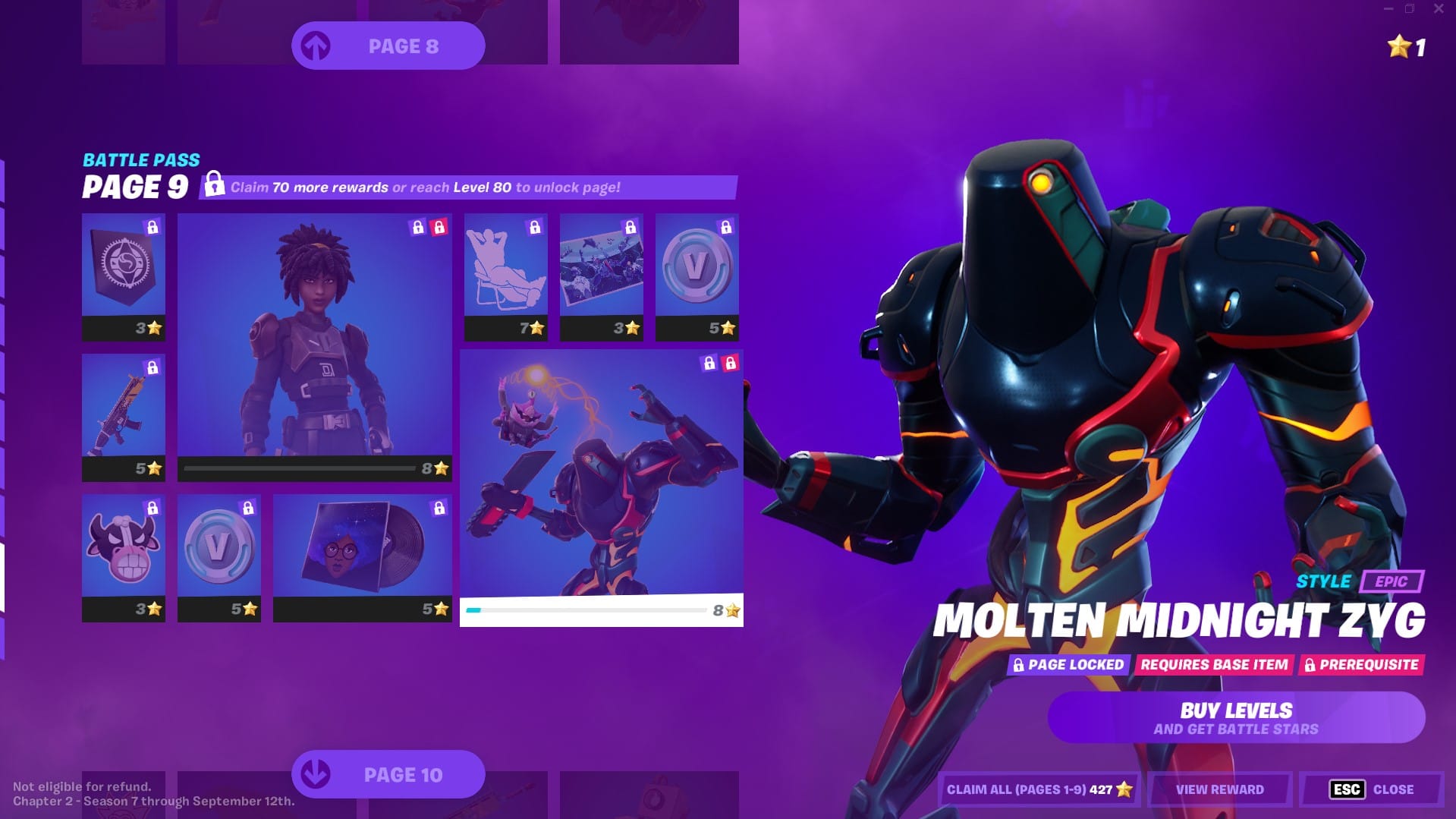 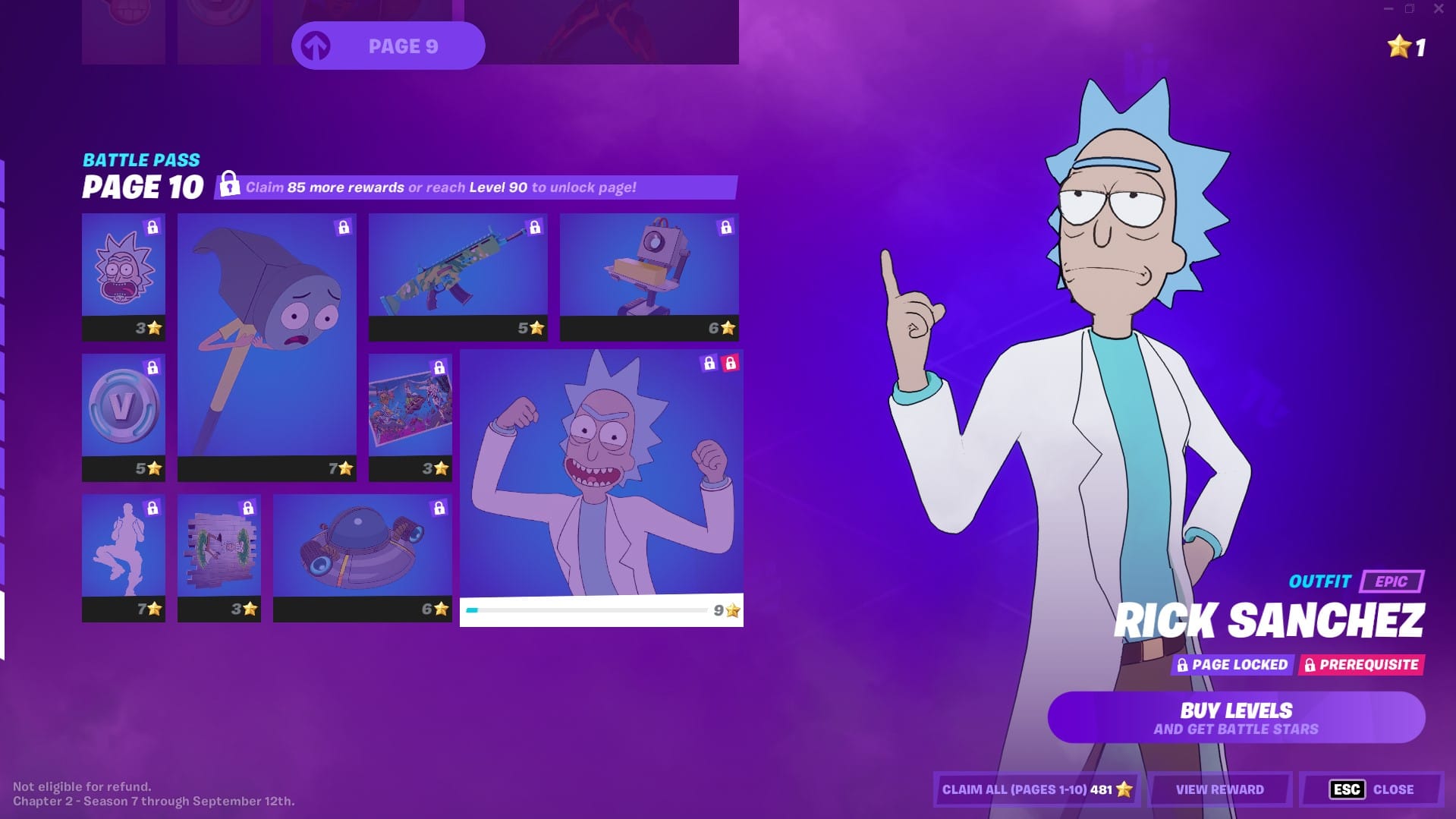 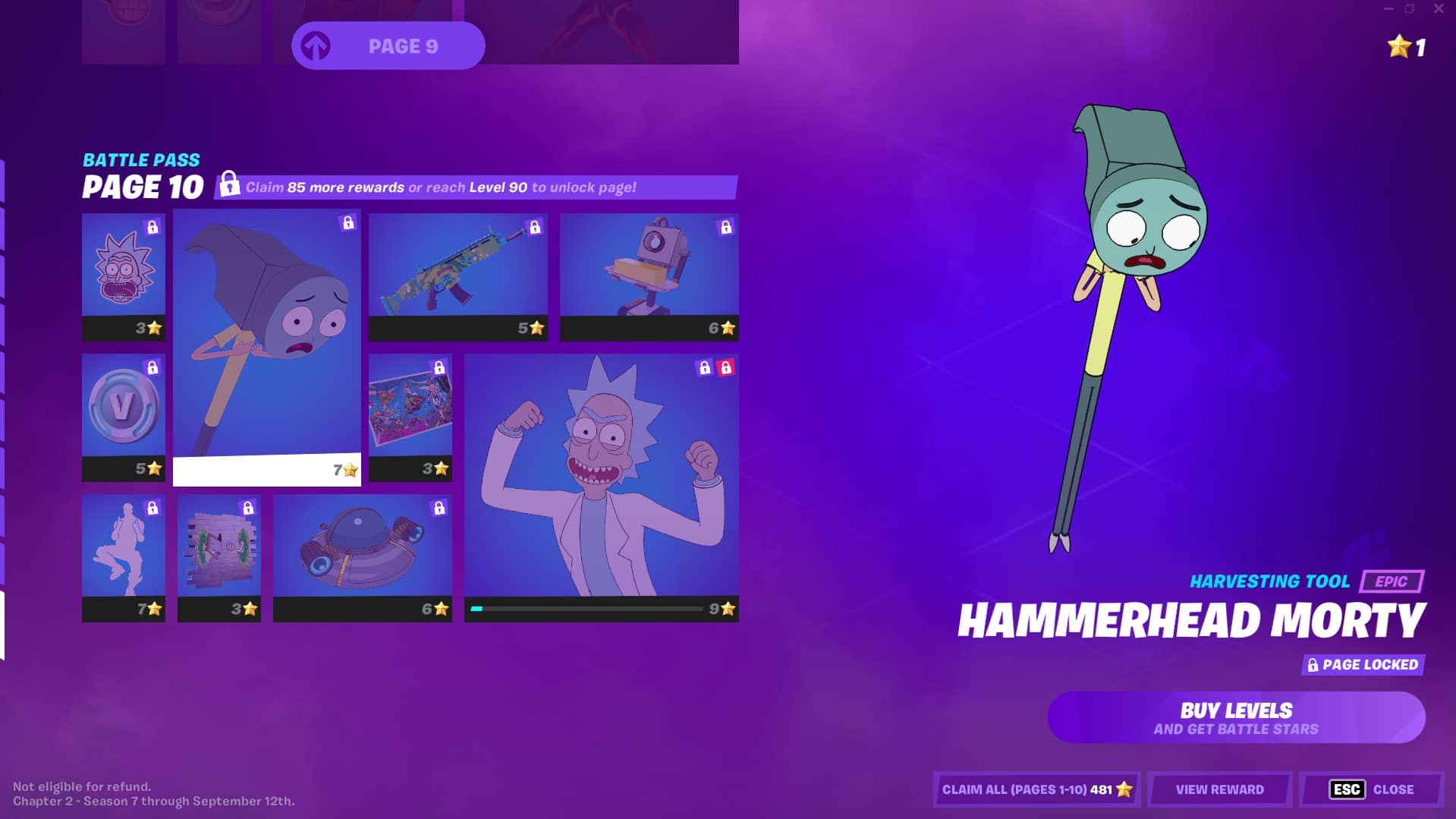 That’s it for the Battle Pass of Chapter 2 Season 7 of Fortnite. The Rick Sanchez skin will probably be really popular among Rick and Morty fans, but the Battle Pass isn’t so bad even without it. However, that’s for you to choose.