Epic Games has published information that during 2019 they will play $ 100 million in the Fortnite World Cup series of tournaments. 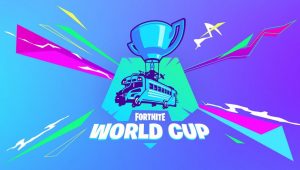 The Fortnite World Cup will begin with 10 online qualifying tournaments, which will run weekly from April 13th and end on June 16th. Players who get access to the tournament will compete every week for a prize pool of $ 1,000,000.

Also, the organizers made it clear that the final event will not be limited to the “Royal battle” mode, so viewers will be able to find something interesting for themselves, even if they do not like the royal mode.

Tournaments with the support of Epic Games

Representatives of Fortnite filled the news with the following information. In addition to the series of tournaments under the flag of the Fortnite World Cup, they will strongly support third-party organizers in different regions. Therefore, each of those reading this news will have a chance to compete for a solid jackpot, after all, in 2019 only $ 100 million will be raffled off. It’s time to start training and follow the pro players at the ESL Katowice Royale tournament.