Epic Games and Samsung again teamed up to release an exclusive skin for players of the Fortnite – IKONIK K-Pop.

K-pop equipment was found in the game files for quite some time, but the patch after the patch did not appear in the game store. And now Samsung introduced the modified K-pop, as a gift for all owners of the Samsung Galaxy S10 +. This is not the first cooperation Fortnite and Samsung, a year earlier, the world appeared Galaxy skin.

Attention! Skin will be issued only for the Samsung Galaxy S10 + (PLUS), for the regular version (judging by preliminary information) you will not get anything.

This is how the IKONIK K-Pop skin will look like: 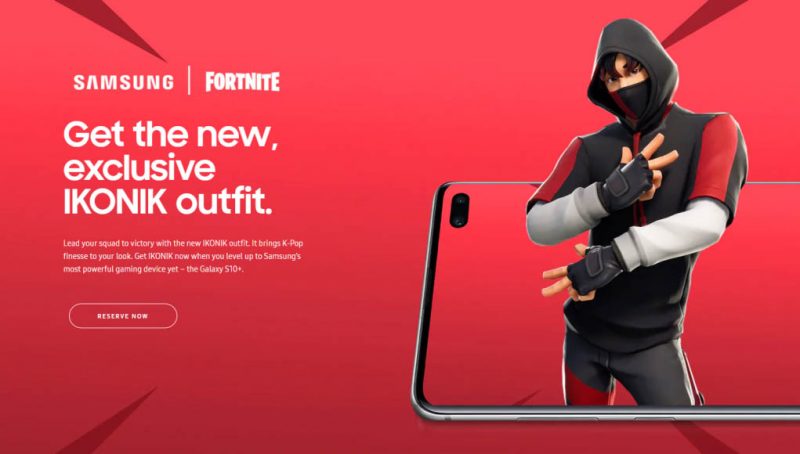 At the moment there is no information whether the original icon style will be available.

As for the Samsung Galaxy S10 +, the smartphone can now be pre-ordered for 1200 $. The version will have 8 GB of RAM and 128 GB of main memory. However, it will be possible to touch the phone only on March 8, on the day the phone sales start. We assume that Samsung will immediately close the possibility of getting skins through mobile phone salons, so the skin should really become Exclusive.