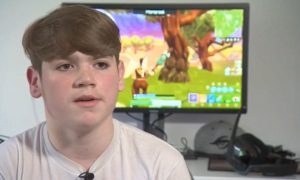 Mongraal Fortnite Settings will introduce you not only to bind and keys, but also tell you a little about the very personality of this wonderful player.

Mongraal (Kyle Jackson) is one of the fastest players in Fortnite Battle Royale, it builds and edits at an incredible speed.

Jackson met video games at the age of nine and began with the Call of Duty series. Later, he switched to the “battle royale” H1Z1. And last year his friends recommended him Fortnite Battle Royale.

He has his own aggressive strategy to help him win: Mongraal very quickly builds the building up, placing traps, editing the walls. He quickly hides and suddenly attacks his enemies, jumping off with a shotgun and uses other tactics to kill 4 enemies.

New players in Fortnite can learn a lot just by watching him on Twitch. This is an incredibly fast and skill player. He clearly explains each step as he destroys the entire squad in real time.

Mongraal, also known as Kyle Jackson, has a 30% winrate and is considered one of the best Fortnite players on the planet. But he is only 14 years old.

Mongraal Fortnite Settings and sensitivity are unique – with the DPI button snap on the mouse. Mongraal currently plays for the Team Secret team and is a professional streamer.