The 18.40 update brought the long-awaited anime character Naruto to Fortnite, as well as his friends, of course. The characters from the anime got their own outfits that you can already buy in the item shop. But that’s not everything that appeared in the game with the collaboration. 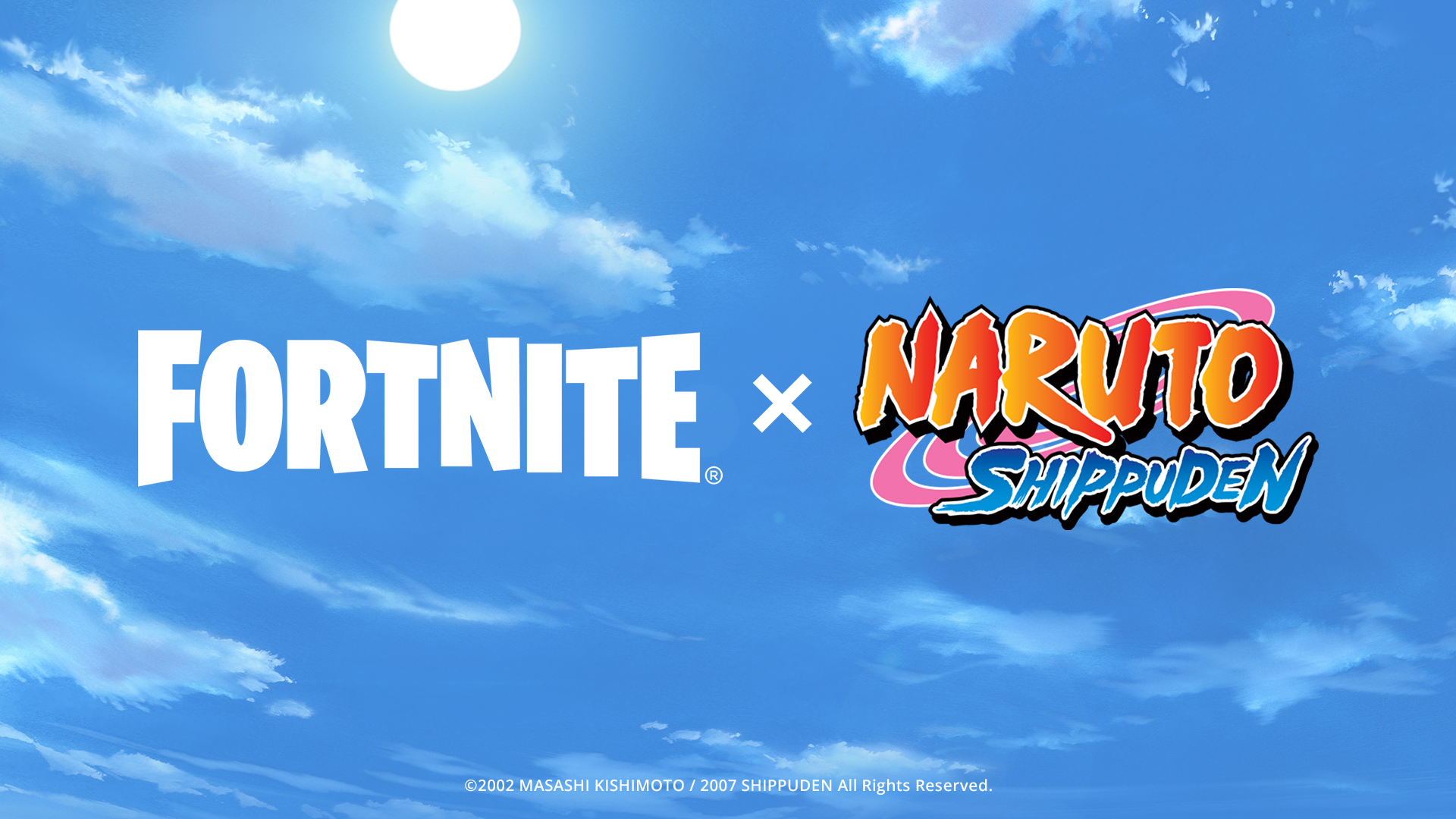 Naruto himself is sold for 1500 V-Bucks. The outfit has 2 styles and a back bling that looks like a scroll or a giant battery on your back. 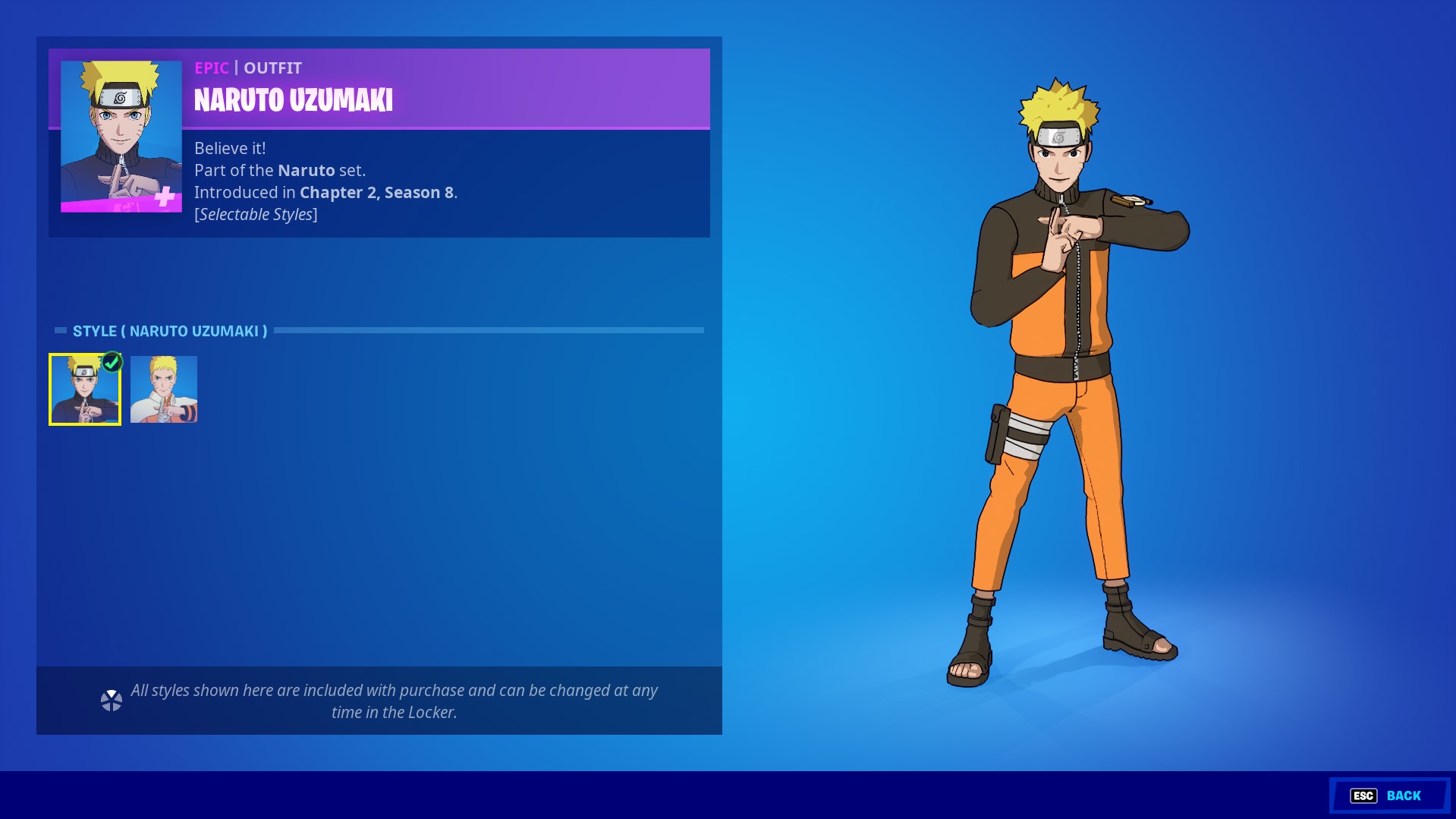 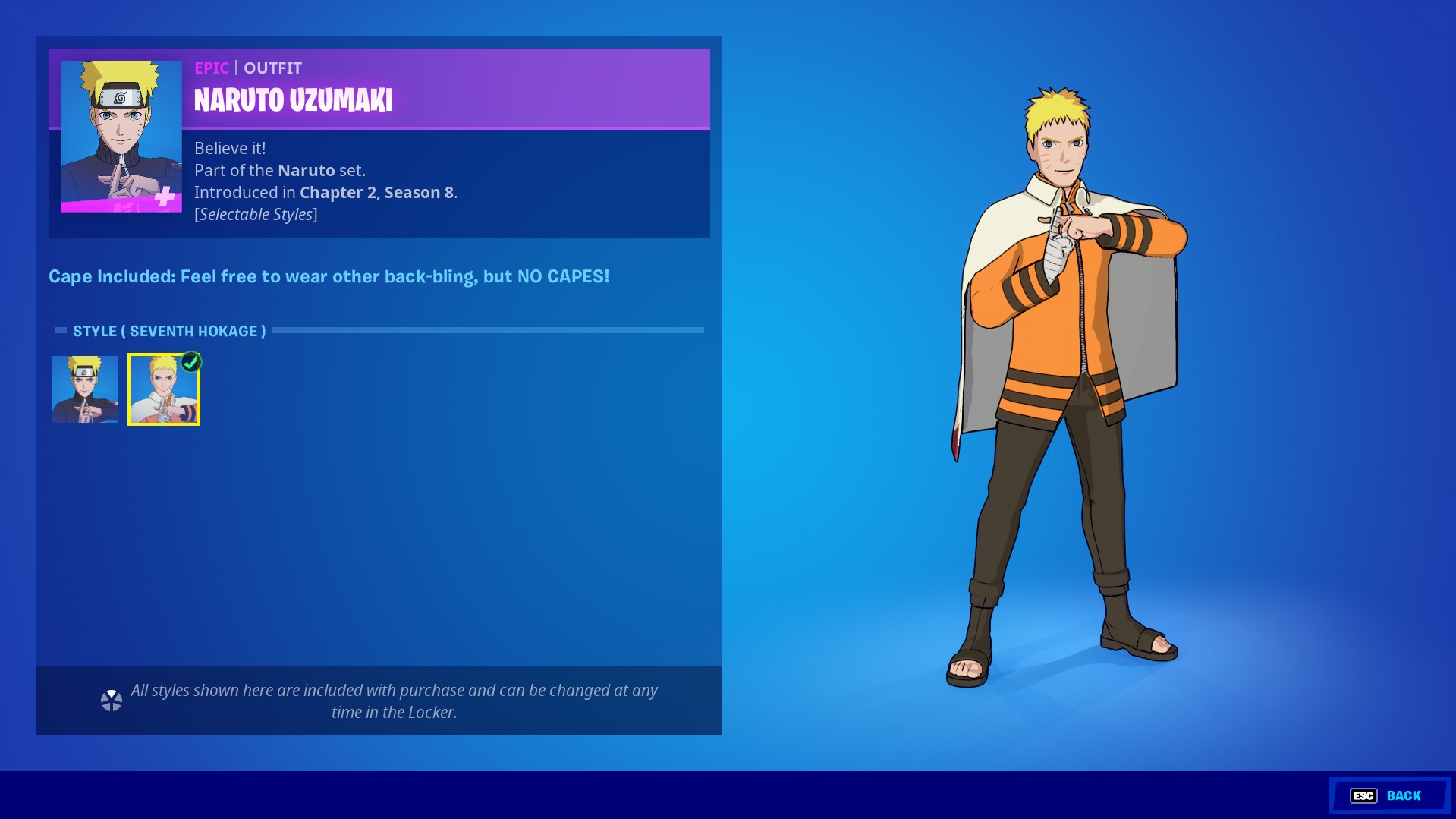 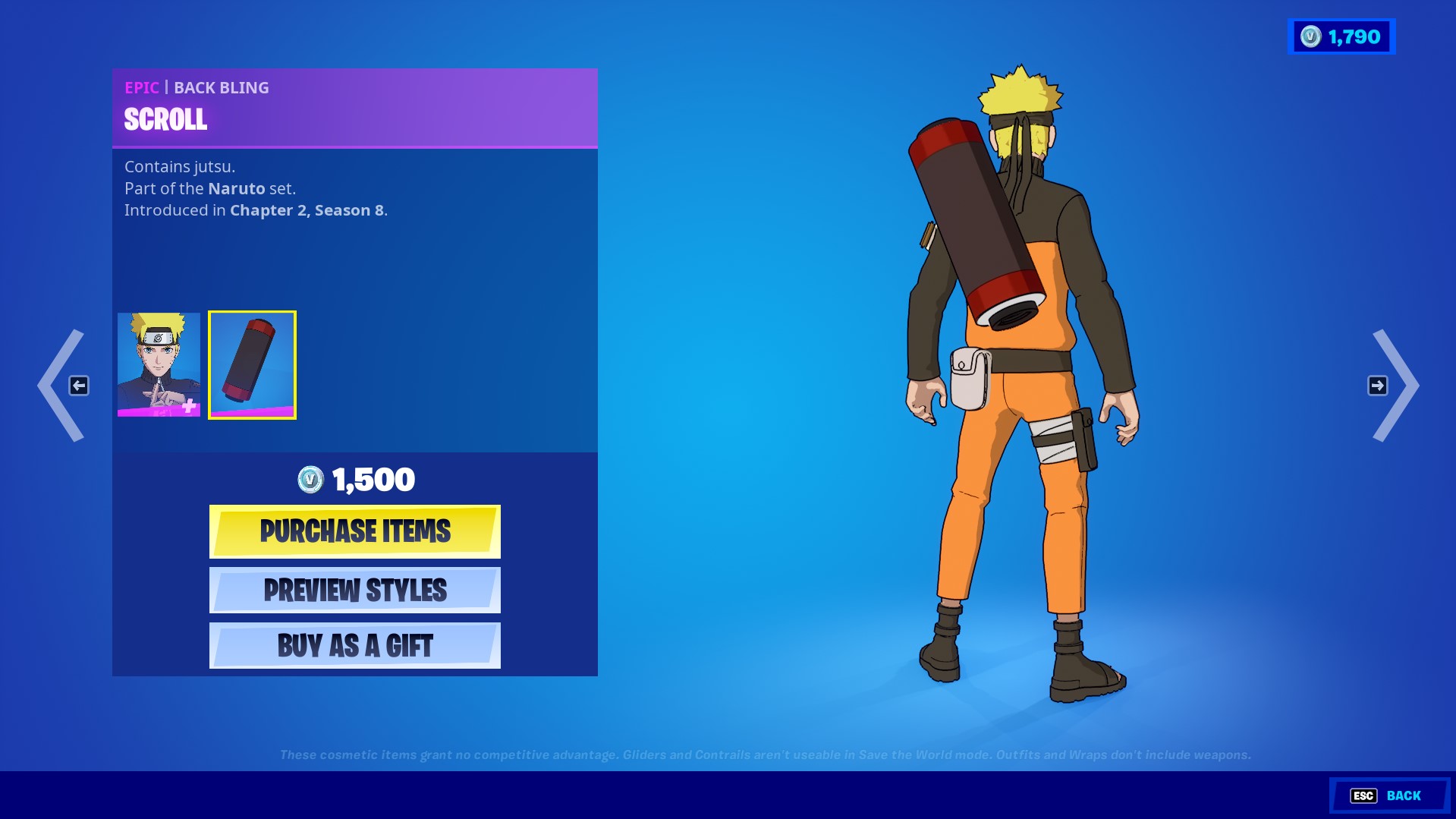 Sakura and Kakashi are also sold for 1500 V-Bucks each, and they include the Hidden Leaf Cloak and Pakkun back blings respectively. Kakashi has 3 different styles – regular one, without the eye pad and with a mask, and Sakura only has 2 styles. 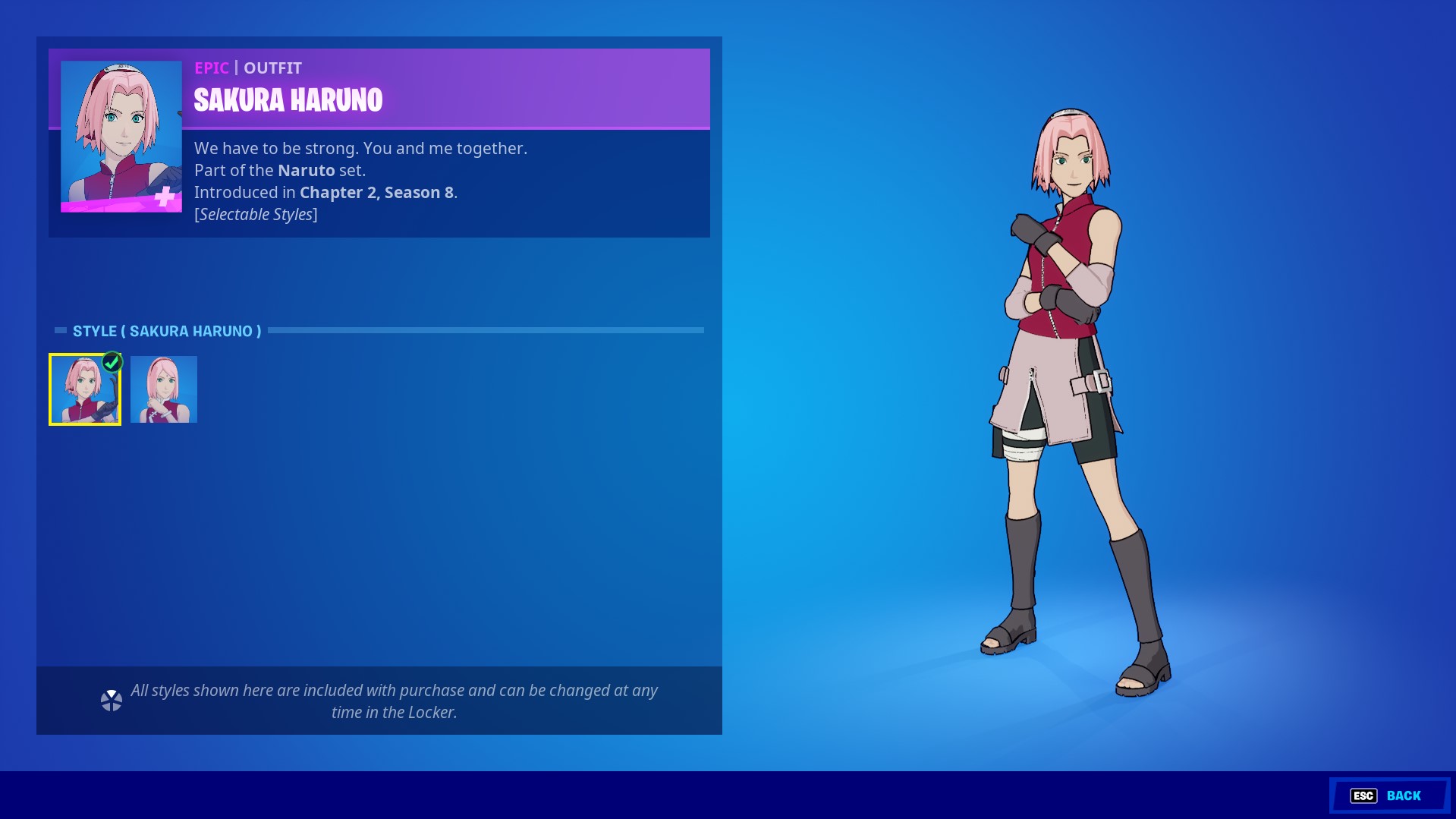 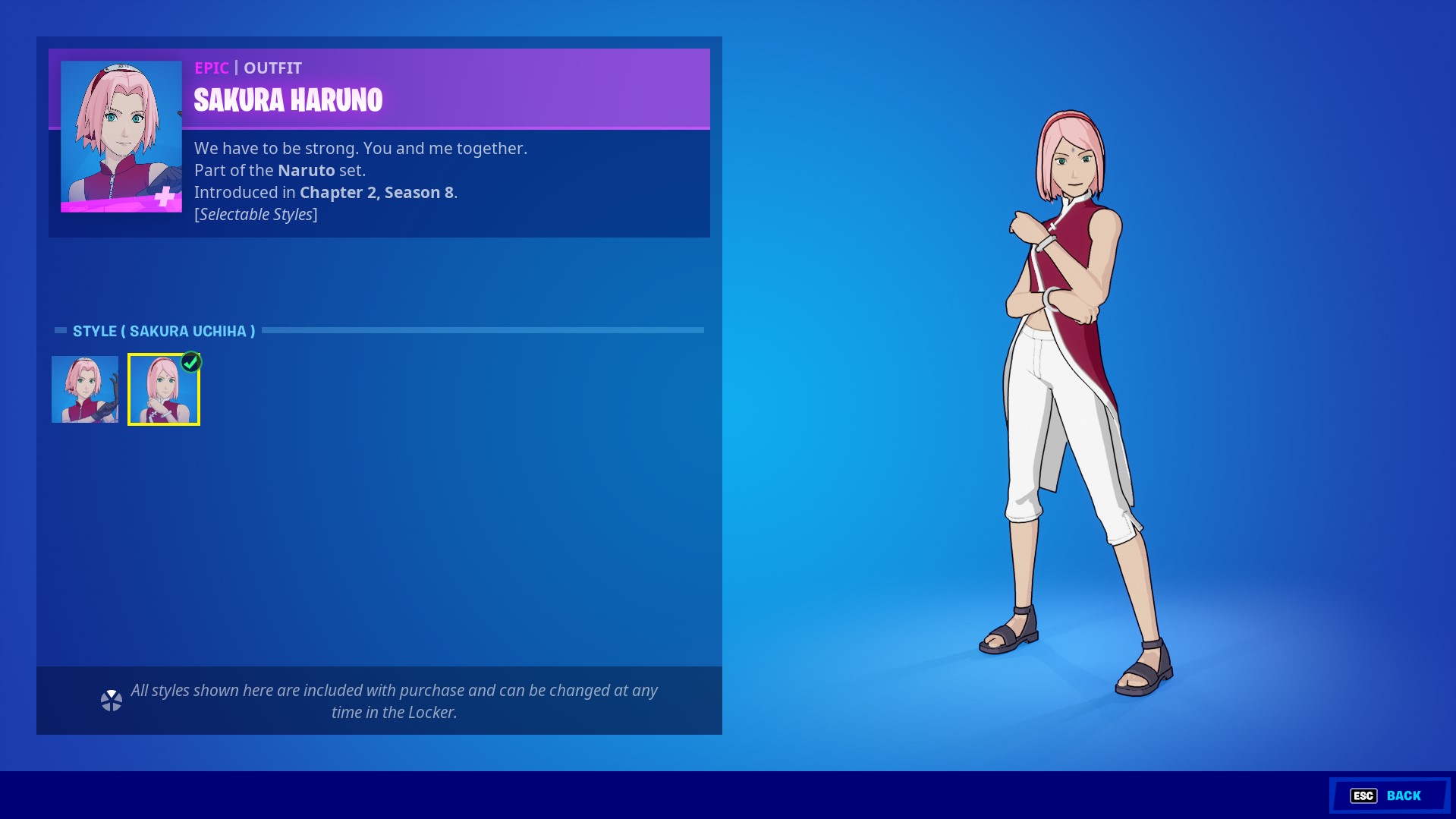 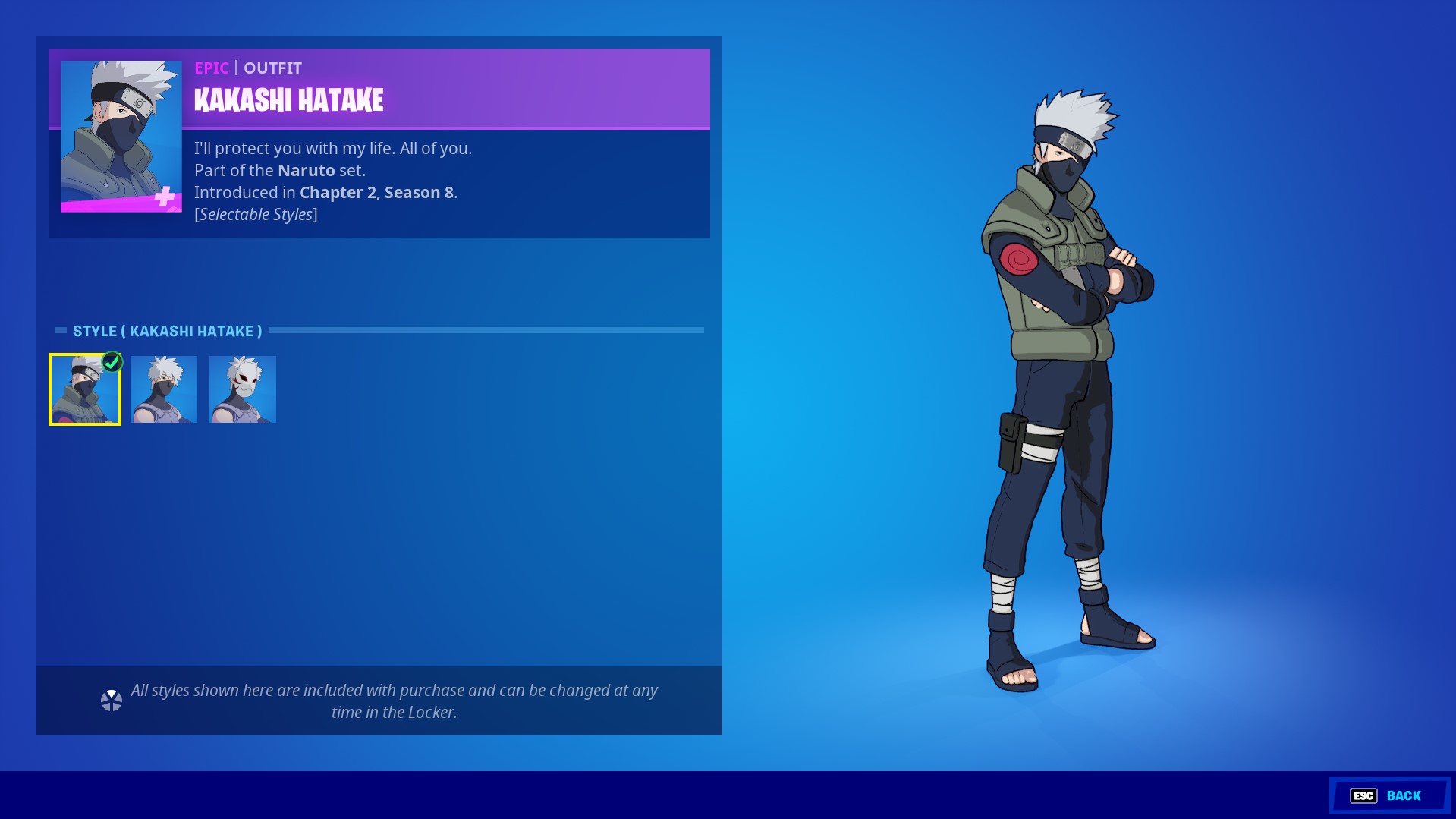 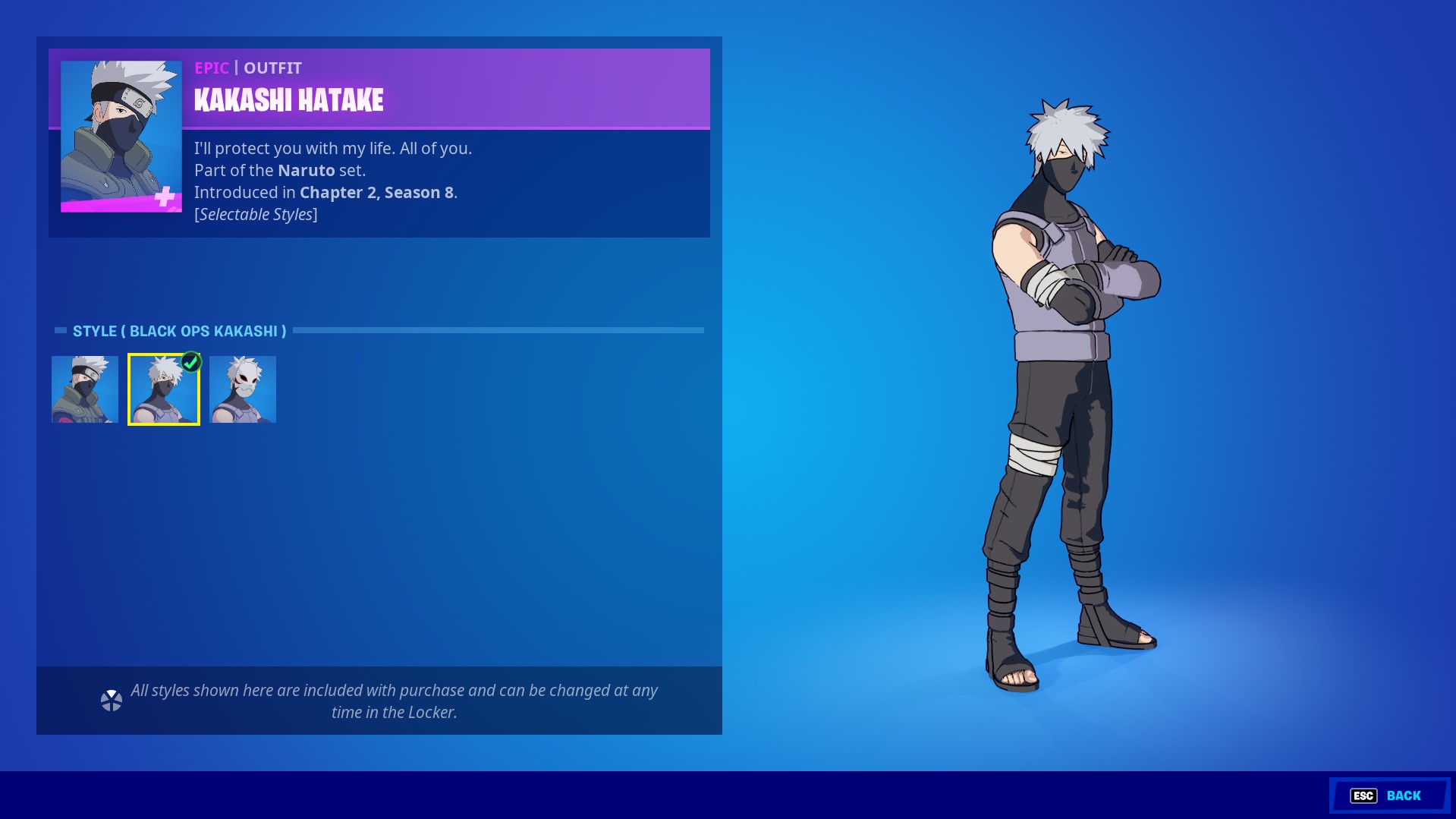 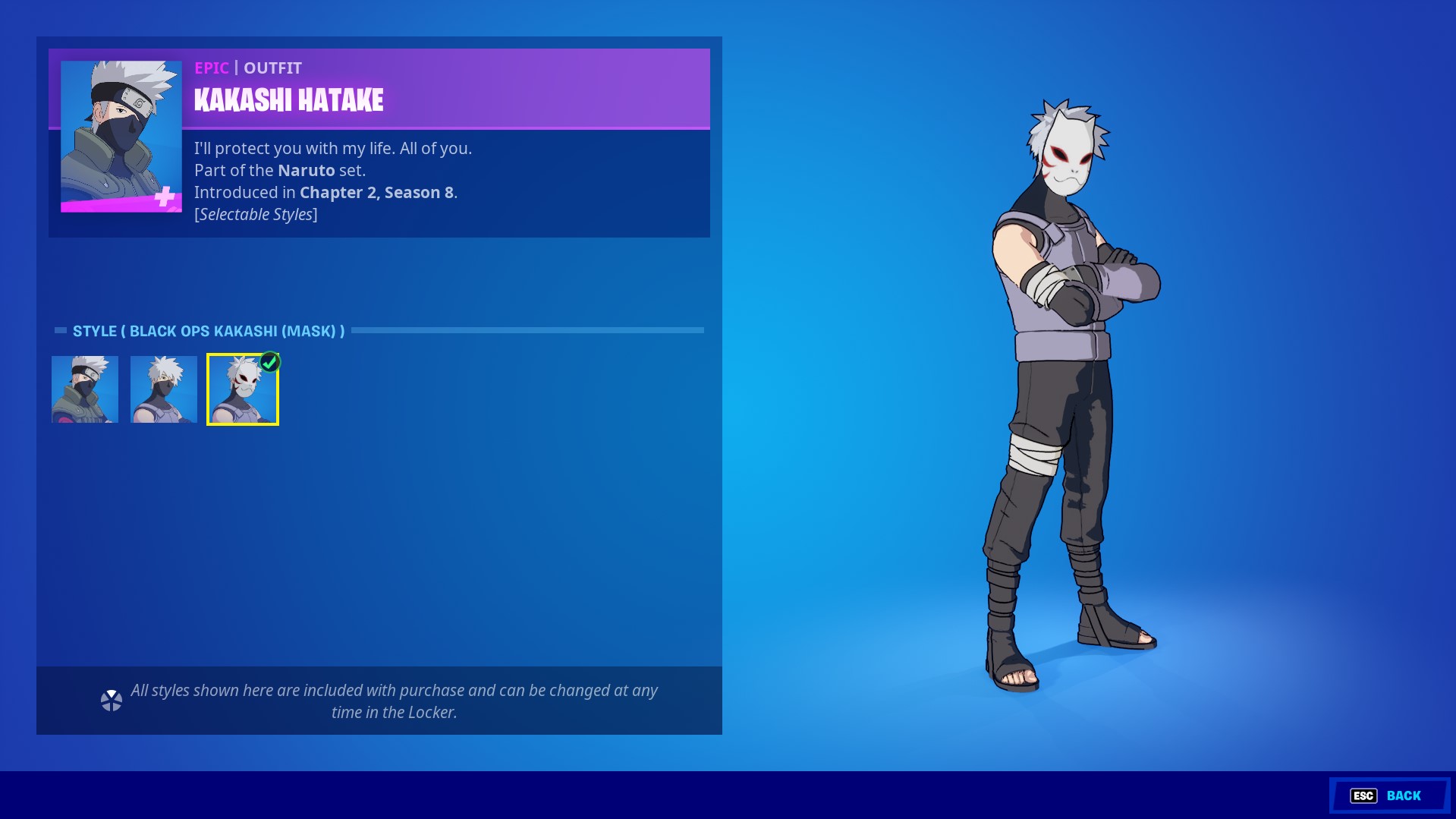 Sasuke is the most expensive one, even though the only difference in his styles is his eye. The price of Sasuke is 1600 V-Bucks. He has a giant meat grinder blade on his back and the Snake Sword as a pickaxe. 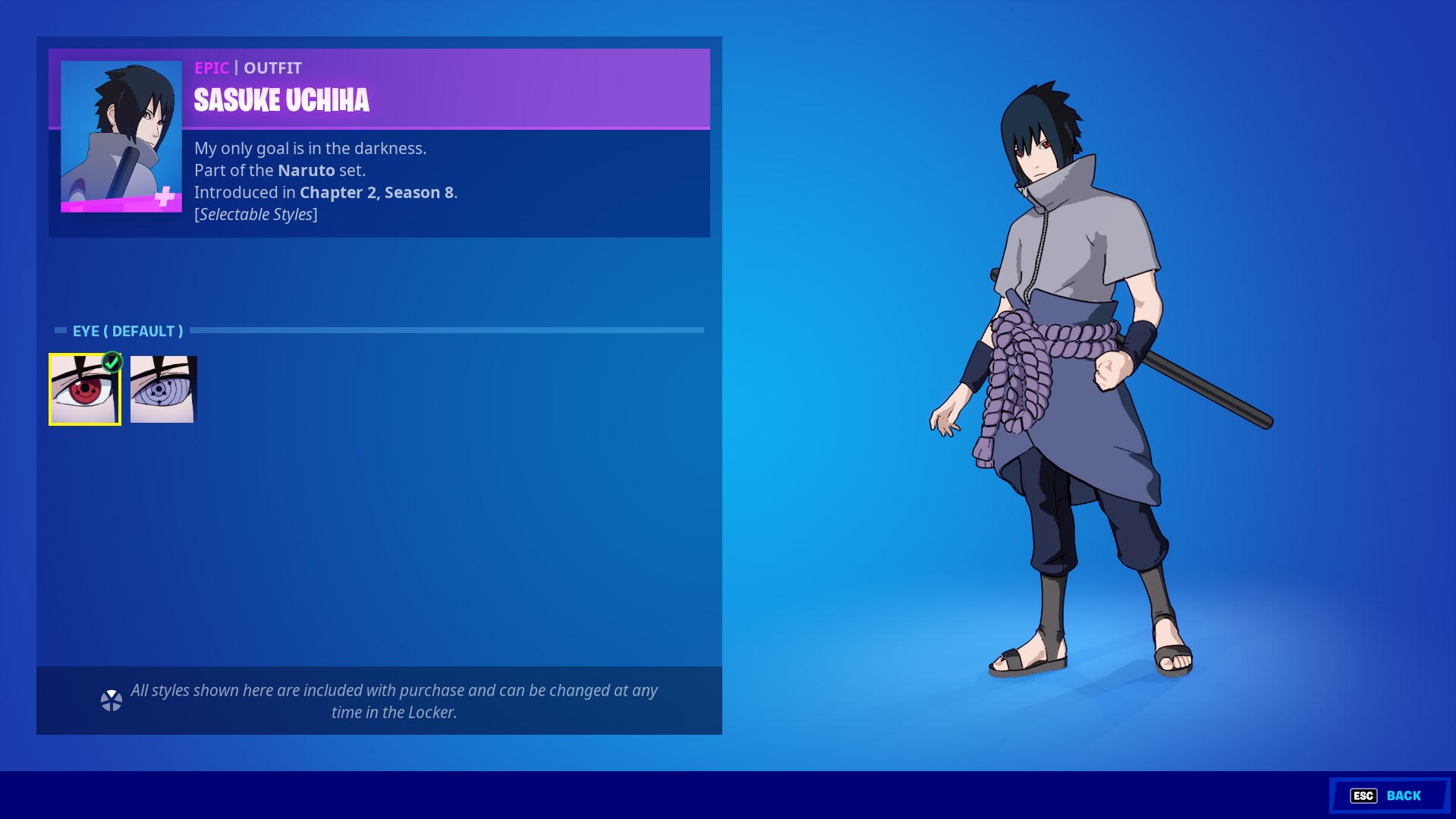 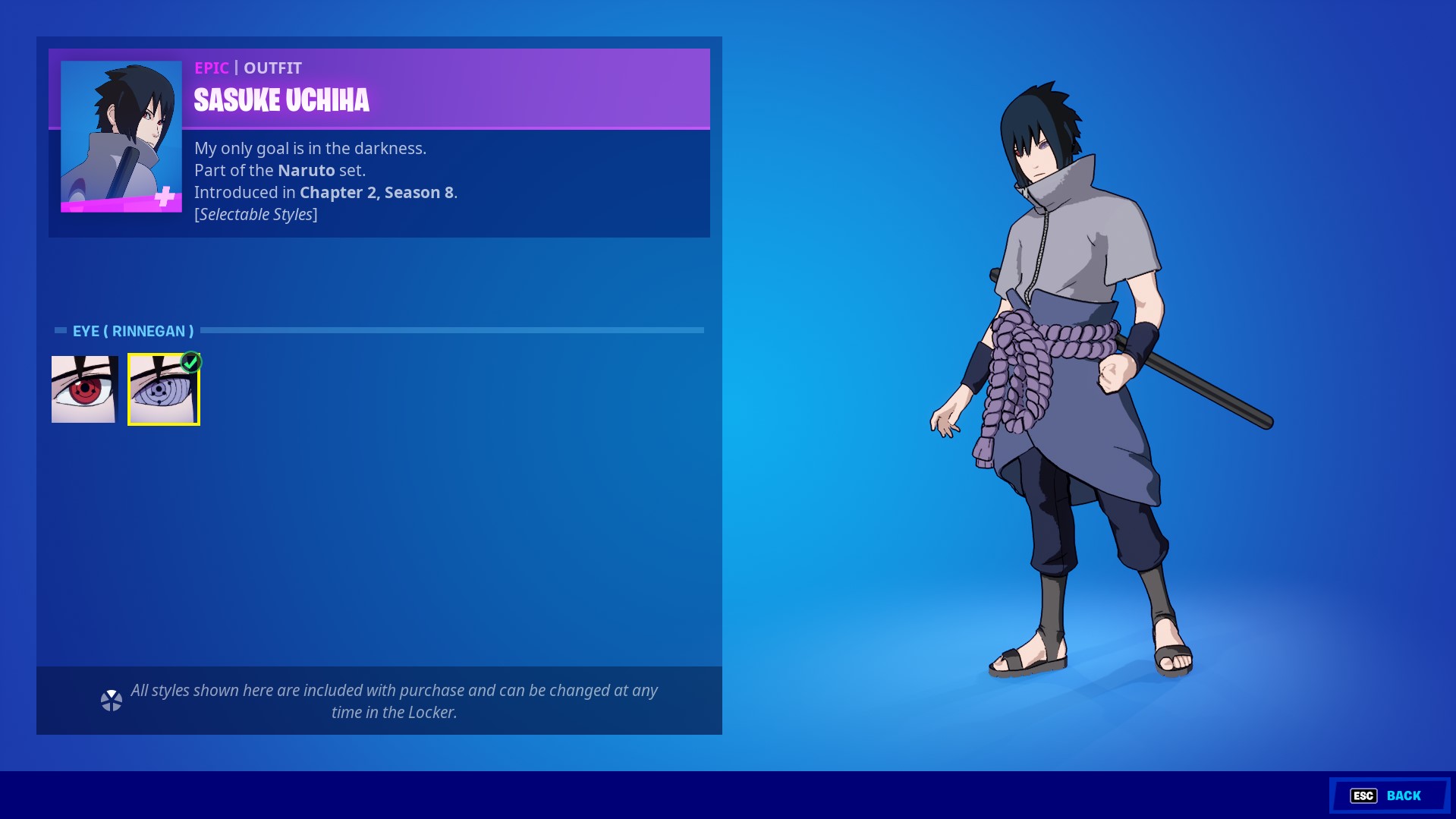 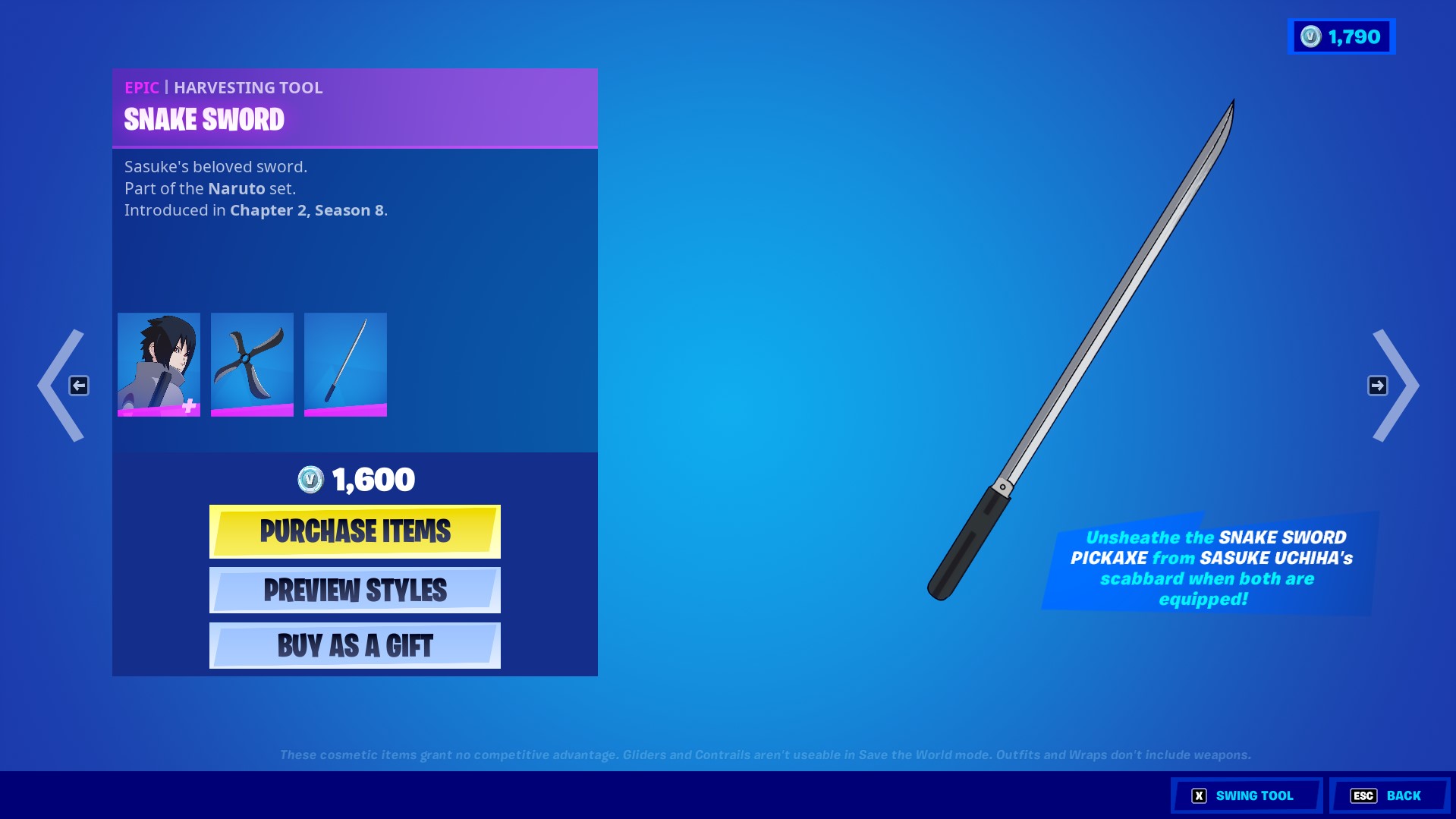 You can also save some V-Bucks by purchasing the Sasuke & Sakura and Naruto & Kakashi bundles. The Sakura bundle includes the following items: Sasuke and Sakura outfits with their accessories and the Team 7 loading screen with the whole team standing in front of Kurama. The bundle is sold for 2200 V-Bucks, which is 900 V-Bucks less than the price of all the included items. 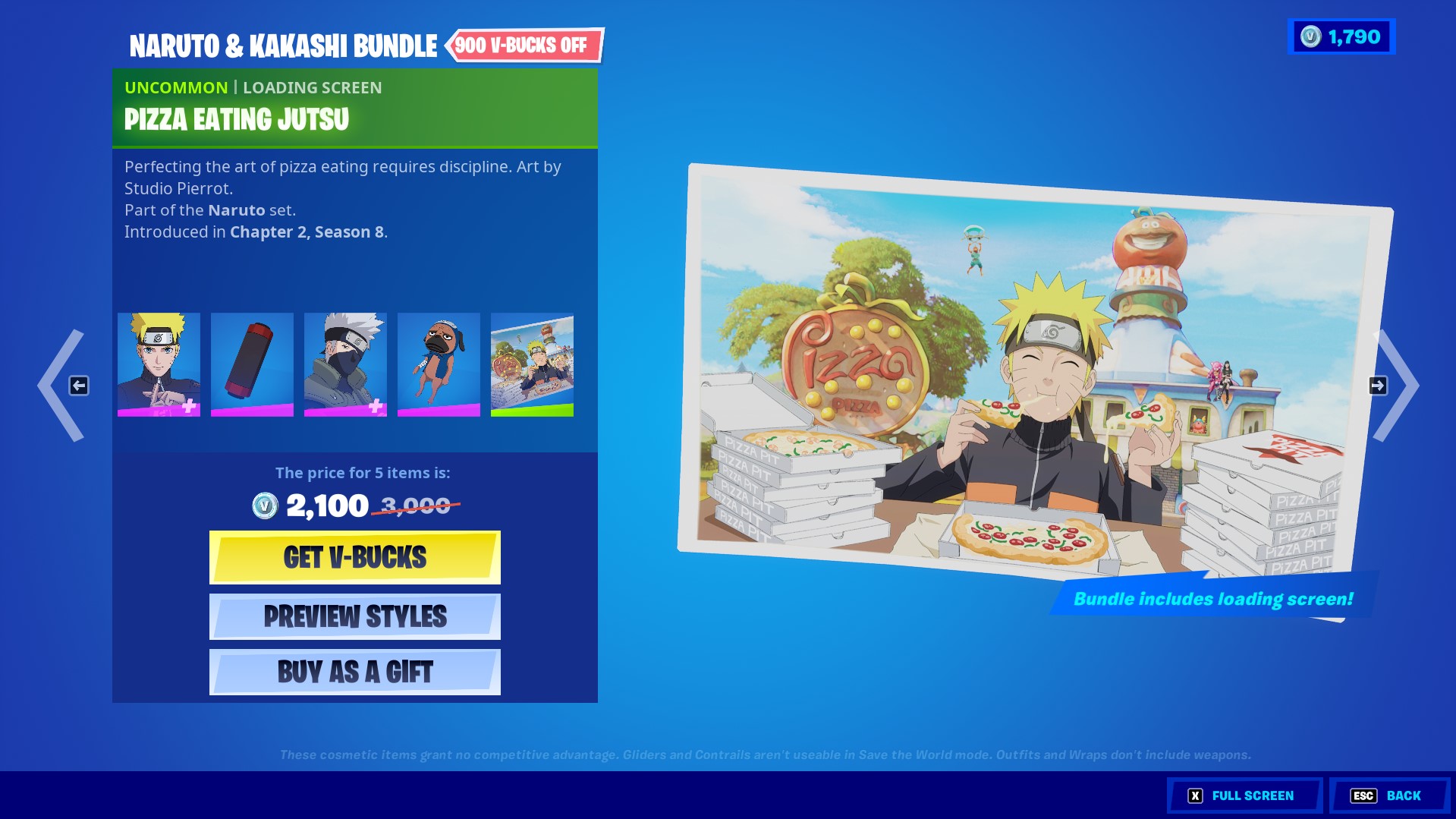 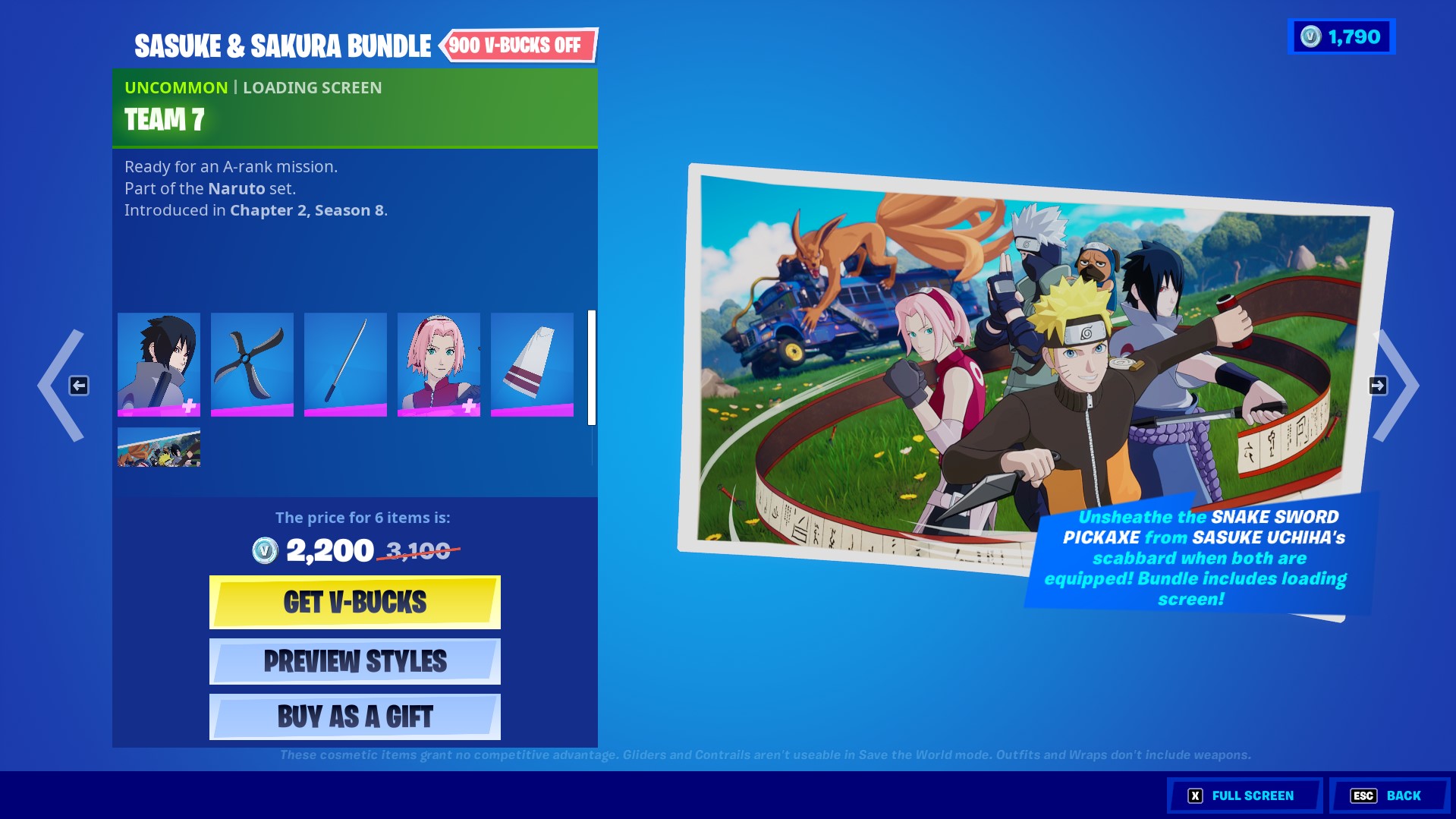 The Naruto bundle, obviously, includes the Naruto skin as well as Kakashi and the Pizza Eating Jutsu loading screen. The price of the bundle is 2100 V-Bucks, which is also 900 V-Bucks less than the price of the included items.

You can also purchase the bundle with the Kunai, Hidan’s Scythe and Black Ops Sword pickaxes and two emotes: Summoning Jutsu and Ramen Break. The price of the bundle is 1500 V-bucks, but the items can also be purchased separately. 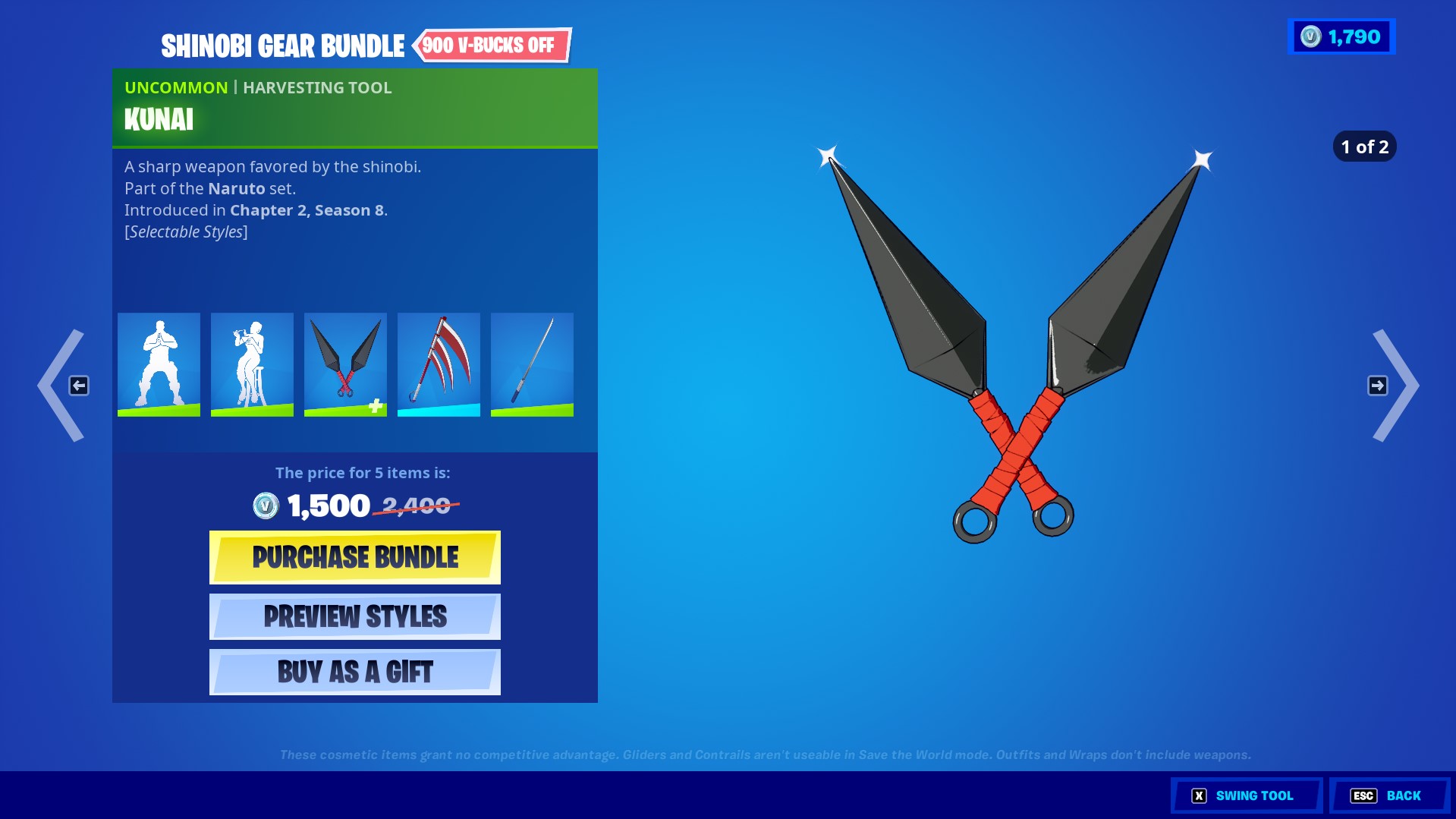 But that’s still not it – there’s also the Kurama glider and the Shinobi Teamwork loading screen included with it. The price of the glider is 1200 V-Bucks.

As you might’ve noticed, Kakashi is now roaming around the island. He can give you a quest, some items or a disguise, as well as the new Paper Bomb Kunai weapon for 150 gold bars. 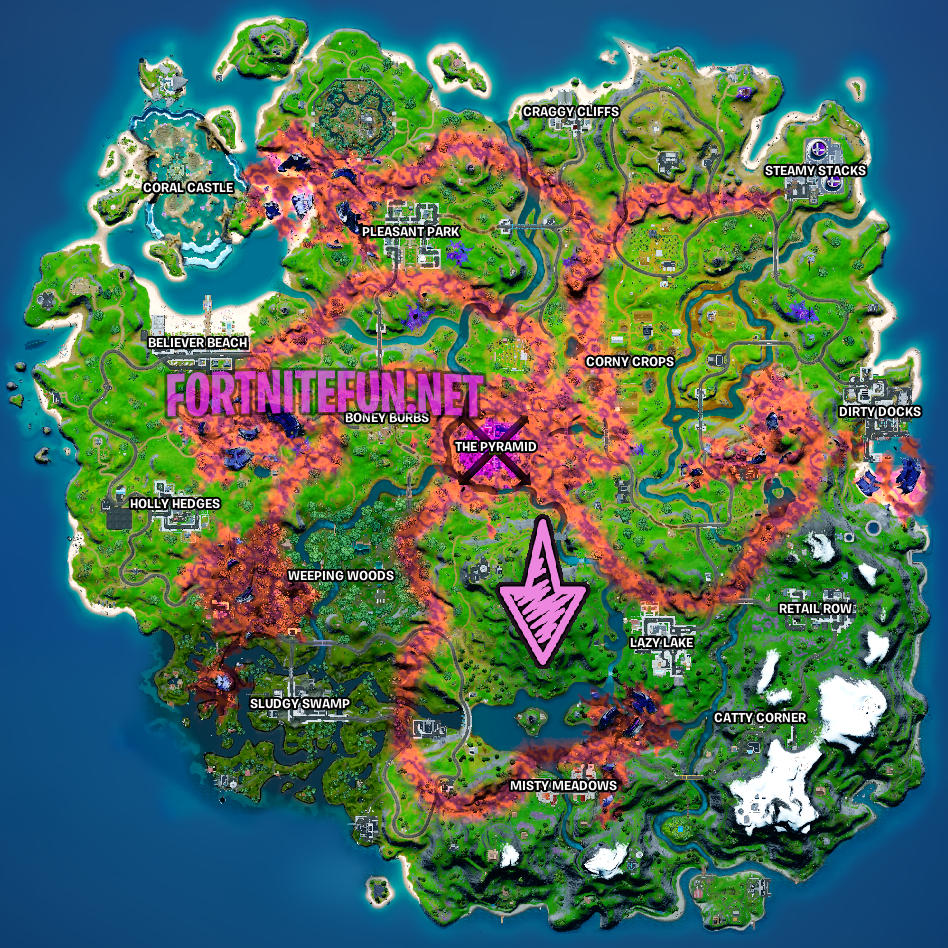 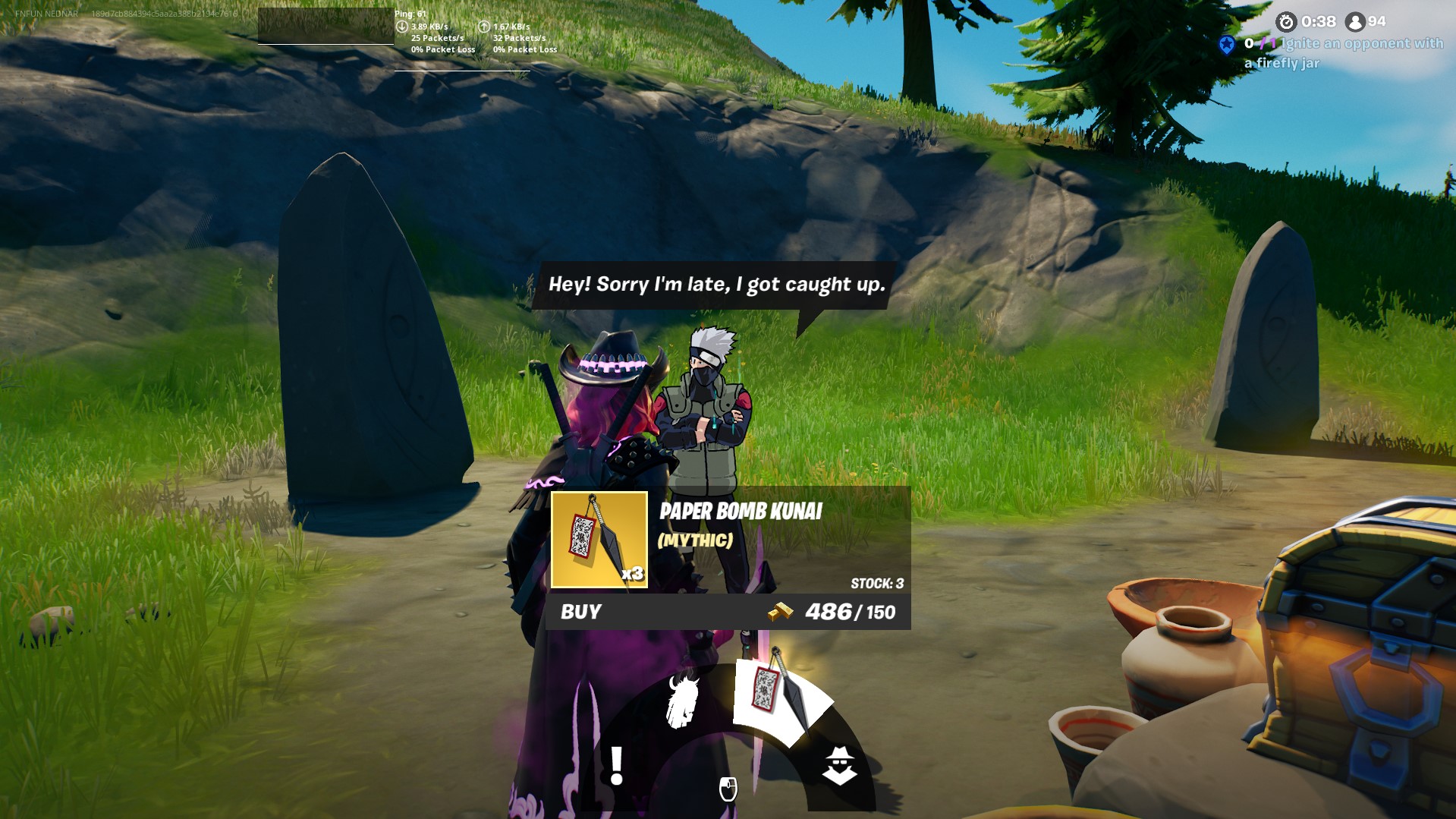 You don’t need to buy the Kunai from him all the time. Instead, you can try to find it on the ground or in chests in a pack of 3 pieces. It’s hard to ignore a mythical item’s shine, isn’t it?

The Kunai itself is a pretty unique throwable weapon. The distance and accuracy are pretty high compared to other explosives in Fortnite, but it can be explained by its low damage – 35 points. But if all three Kunai hit the target, those 35 damage points become 105 points, which is enough to knock a player without any shields.

When using the weapon, try not to explode yourself – the Kunai explode instantly if they hit a player or after a short delay if they don’t.

A new map called Hidden Leaf Village Adventure dedicated to the Fortnite x Naruto collaboration became available in Creative mode. You can explore the village, collect ramen, talk to the village’s residents and even complete a quest line. 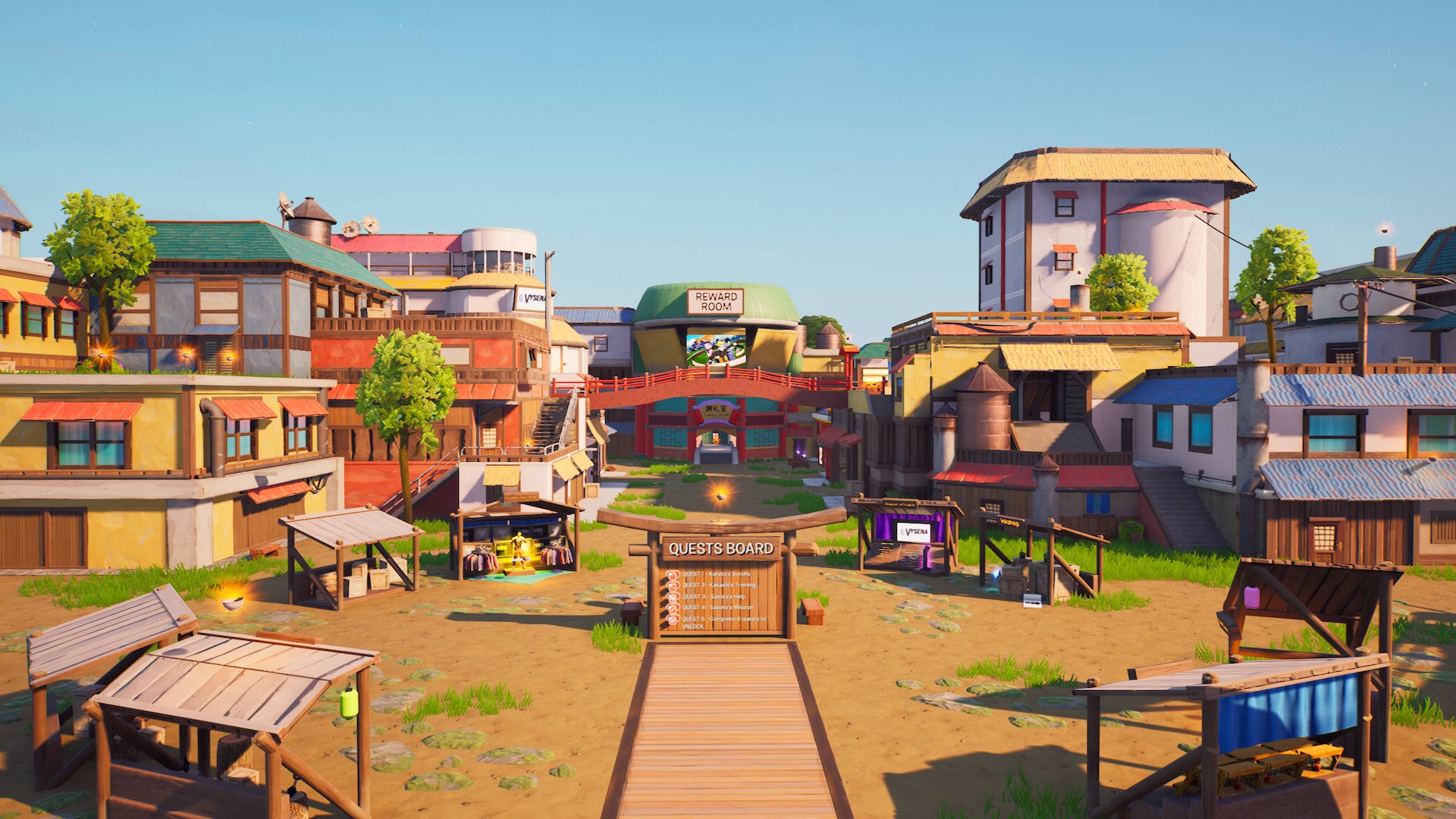 You can get these quests from the quests board in the center of the map. They are quite simple – give something to someone, hit a target etc. There are 5 quests in total, and if you complete them all, you will get a reward. Unfortunately, it’s not a cosmetic item, but it can still be a fun experience to complete the quests yourself. 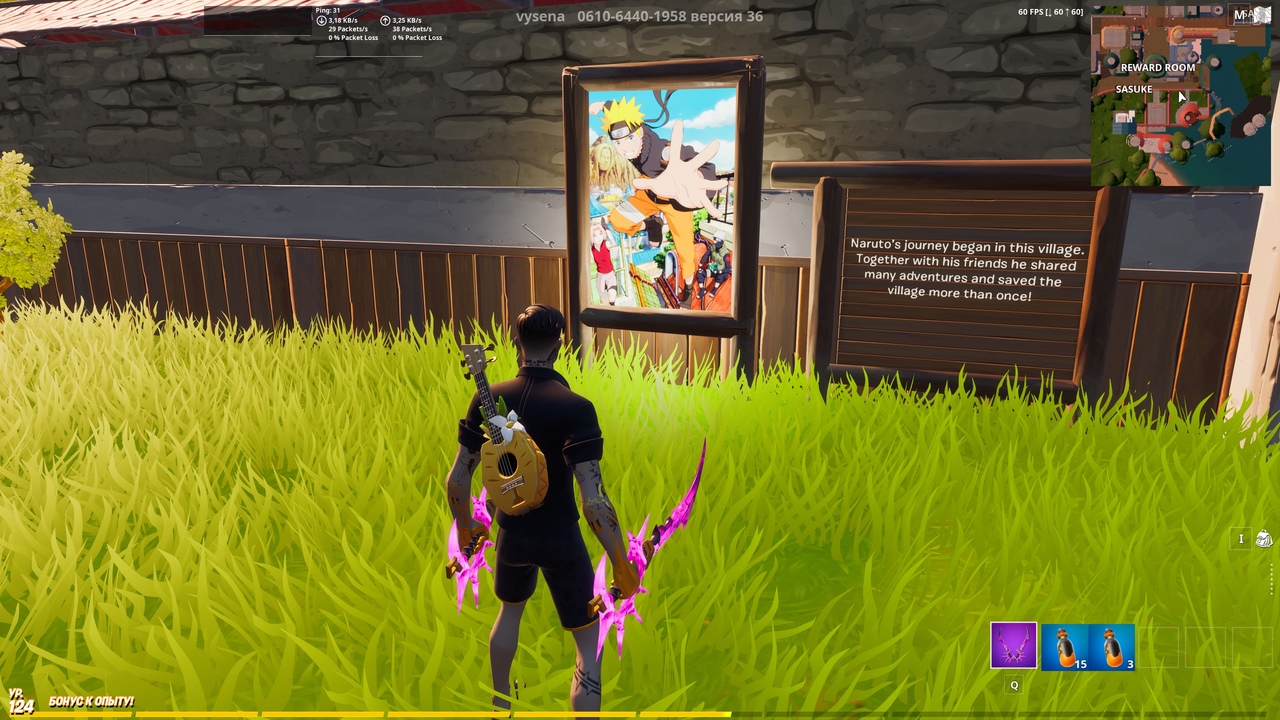 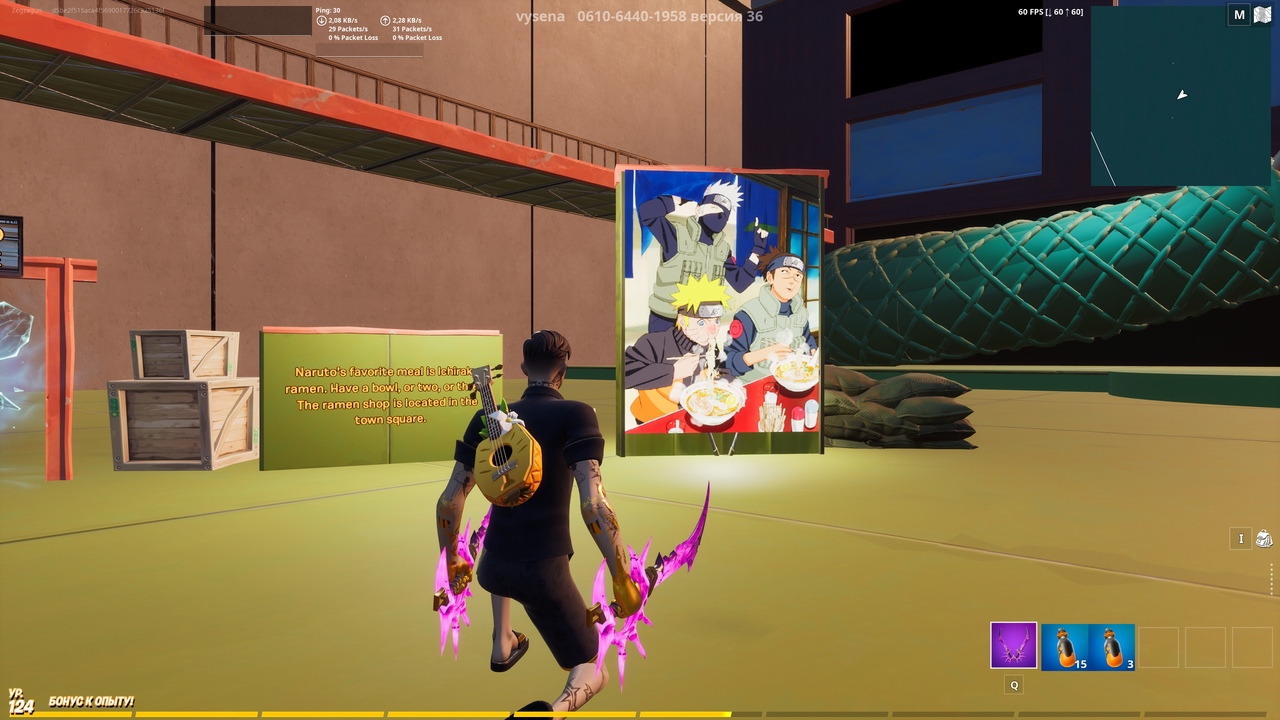 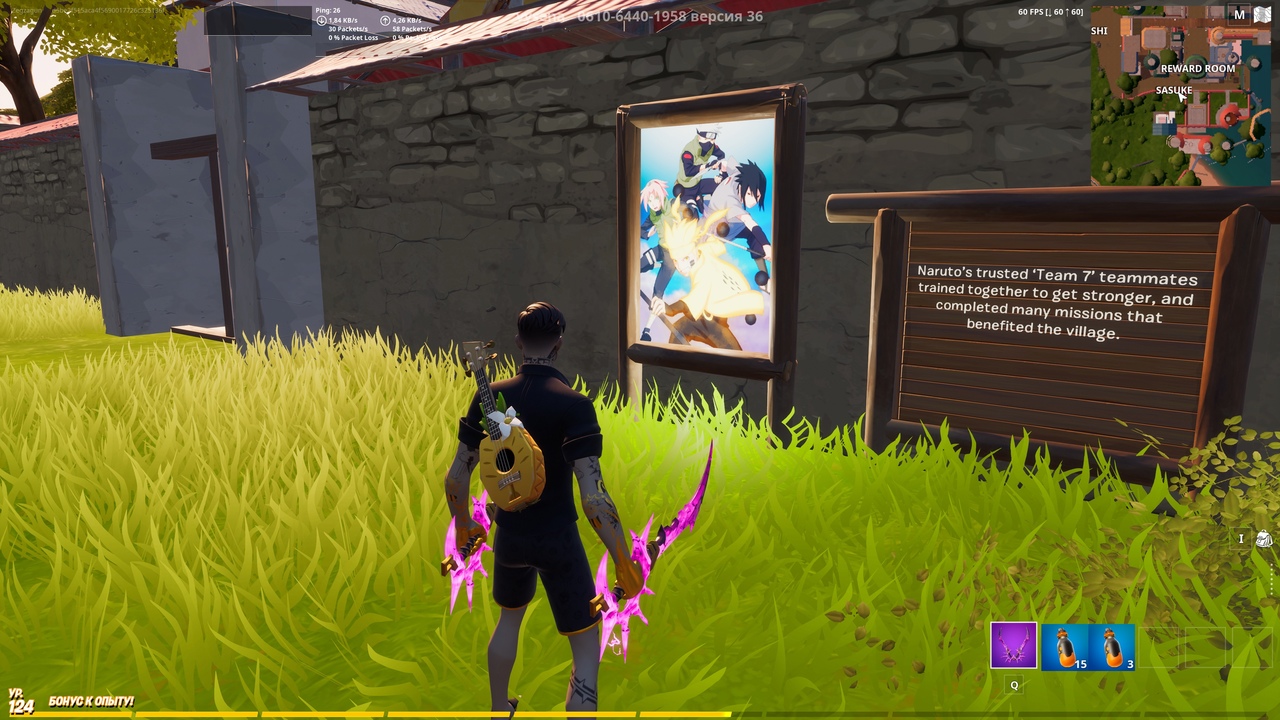 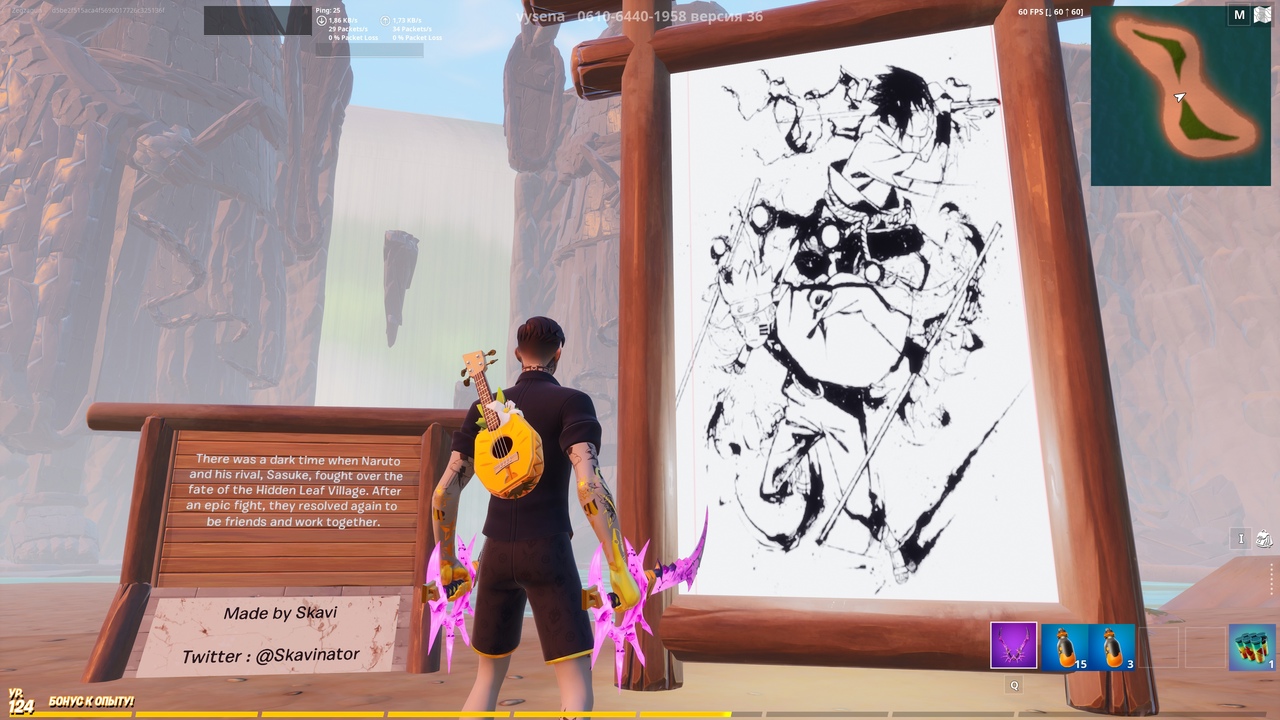 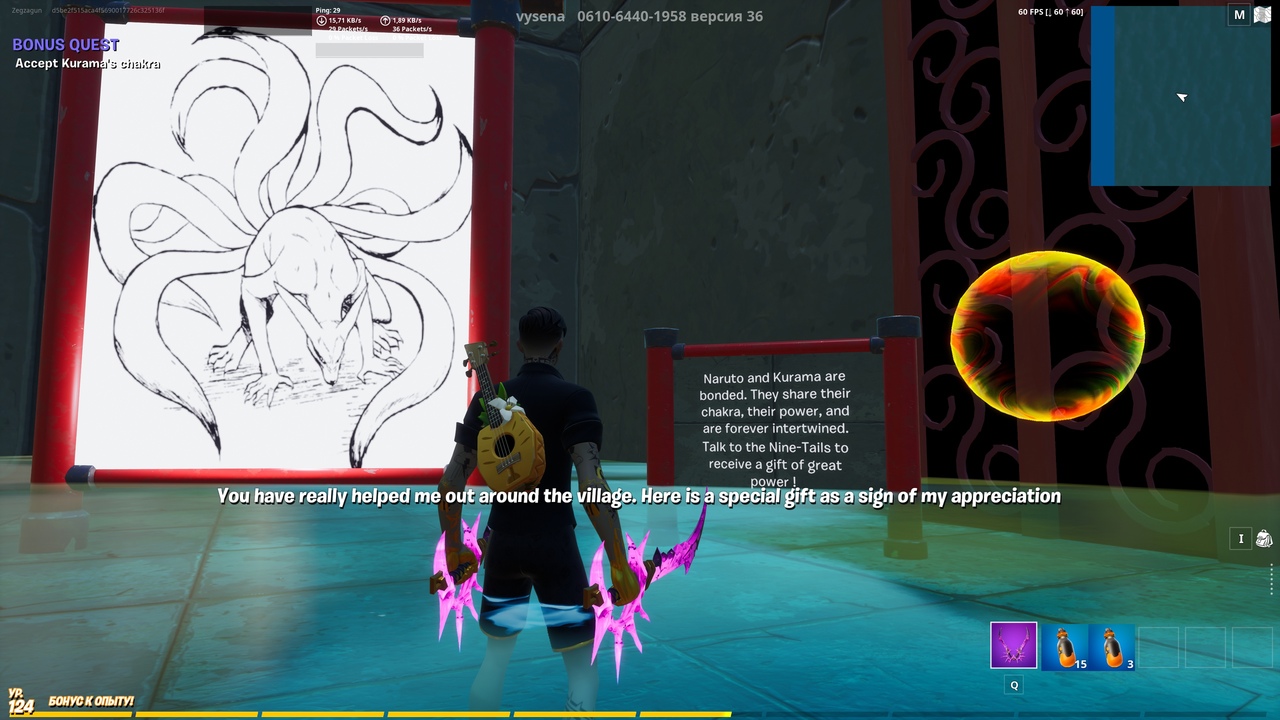 Getting nothing for the quests can be a little disappointing, but sometimes the gameplay itself is worth it, especially if you’re a Naruto fan playing Fortnite. And if you want some real quests, you can always complete Kakashi’s quests.