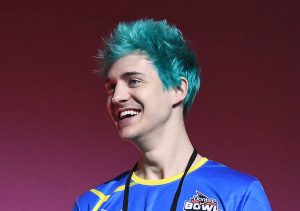 Ninja Fortnite Settings are an important part of the gaming aspect, which is worth mentioning.

Ninja (Richard Tyler Blevins) is a former player in Halo, who is now mostly streaming on Twitch and playing the currently popular game, Fortnite. He gained his popularity by playing another battle royal called H1z1, later switching to Battlegrounds PlayerUnknown and finally to Fortnite. Currently, he does not play on contractual teams, but streaming for Luminosity Gaming.

From 2011, Tyler began to broadcast his games on Twitch and thus launched a wave of his popularity.

However, one of the most powerful pushes of the growth of his fame was the release of the game Fortnite. It really liked Tyler and became the main content of his Twitch channel. The popularity of the game and Tyler himself began to grow in parallel. As a result, he became one of the most popular streamers on Twitch, and the game Fortnite firmly entered the tops of Twitch itself and received a huge army of new players.

Ninja currently has 16 million YouTube subscribers and millions of views of its videos per day.

More than 10 million subscribers on Twitch and this figure is constantly growing, its streams collect hundreds of thousands of simultaneous views online.

Fortnite is just two year old, and it is only gaining momentum. So Ninja for a long time will be where to show your skill and unforgettable emotions on stream.

Ninja skill is really admirable and many of his fans dream to play as well and use the same settings. You, probably, already understood that it is difficult to find all Fortnite settings in one place. Settings, sensitivity, key bindings – an important part of the game, leading to victory in Fortnite Battle Royal. They can greatly simplify your gameplay and reduce the risk of a stressful situation. The presence of shortcuts will help you quickly build and hide. However, the key binding of the pro players is very individual, and these bindings may not match your style of play.