The newly discovered files and the in-game bug seem to point to a new spectator function that potentially coming to Fortnite Royal Battle.

Many players had crashes in the interface, which led to the appearance of the “Join as Player” button. 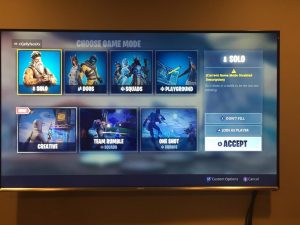 Datamineers found a link between this button and SpectateButton, which was previously found in the game. Most likely, this is a new feature that will allow you to watch the match in which you were not originally present as a player.

And what do you think about this feature?