Rave Cave is a new location on the Chapter 3 Season 3 Fortnite island. This original location replaced the old Command Cavern, and now the location became the perfect choice for partying. 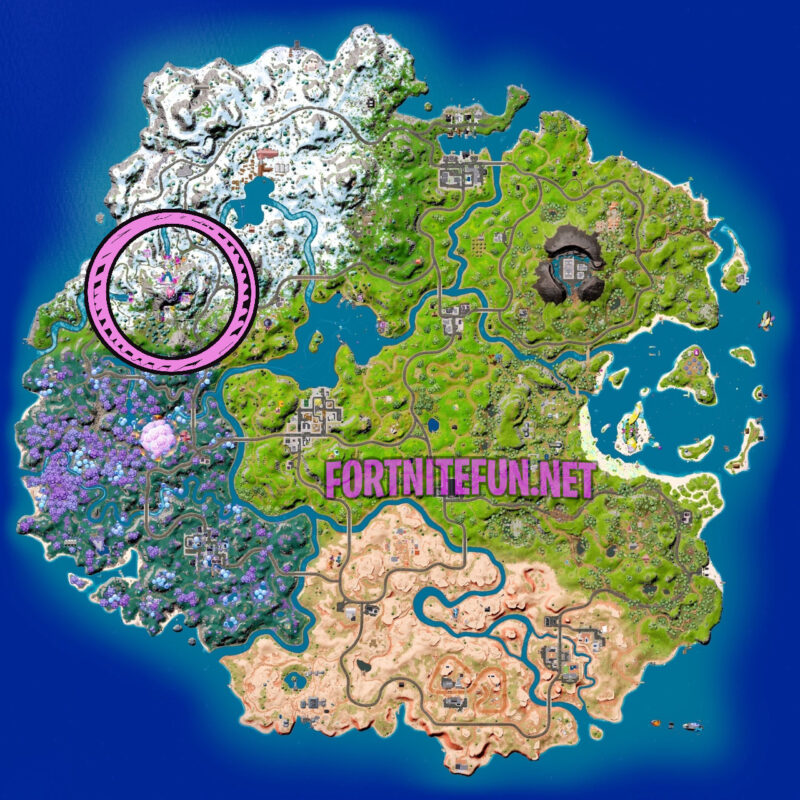 It’s hard to miss Rave Cave due to a huge pink panda on the top of the mountain in its center and giant rings creating air tubes that came back right from Season 9 of Fortnite. Oh, and it’s also marked on the map. 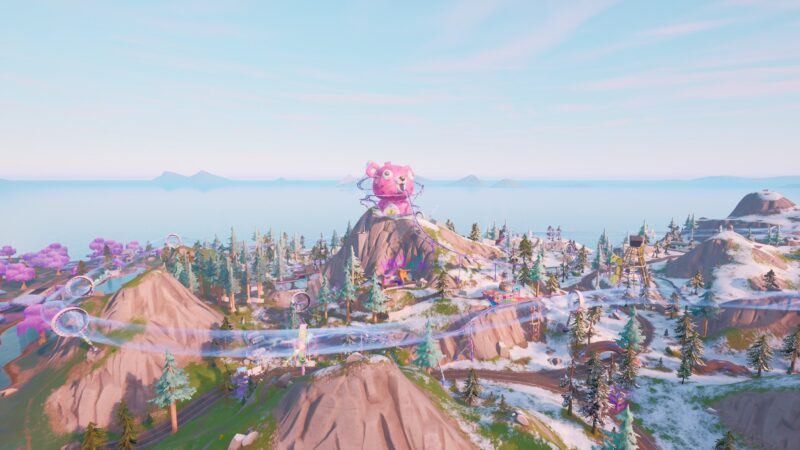 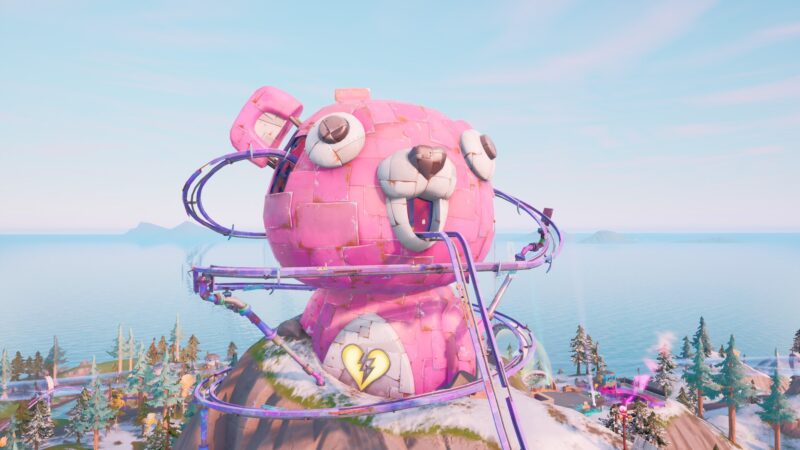 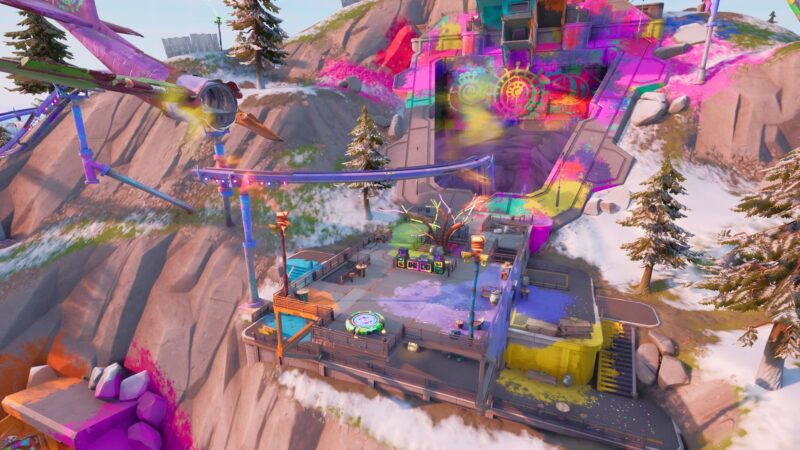 After the Seven defeated the Imagined Order, their base was reconstructed in the greatest amusement park the island has ever seen. It doesn’t really have a lot of things to do, but the ones you can go to are quite unique – you can even ride a baller on special roller coasters. You can also entertain yourself by going to a trampoline, playing darts, drawing even more graffities on the walls or just having some fun at the dance floor or the pool. 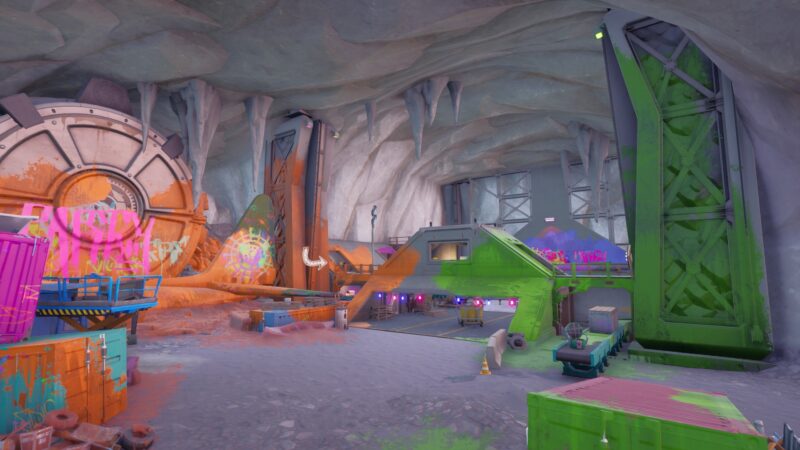 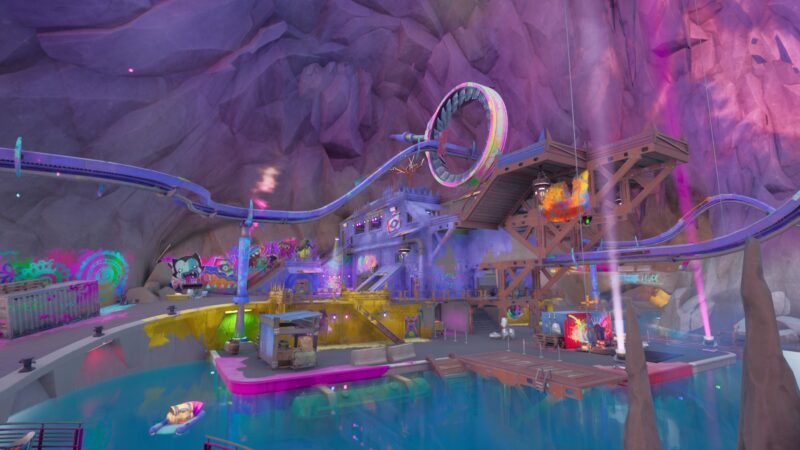 Rave Cave has tons of chests, a lot of slurp barrels, an NPC, ballers and a Reboot Van.