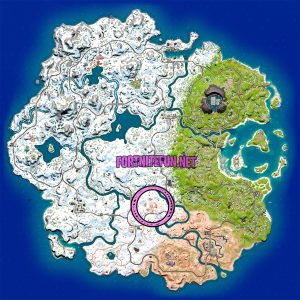 Rocky Reels is a new location on the Chapter 3 Fortnite map. It appeared with the new island. The location can be found north-west from Condo Canyon.

This location has seen three chapters already, and it becomes stronger with each one. Now it’s a whole building made of stone that has a screen on it. There’s a lot of movie making equipment inside – a green screen, cardboard Jonesy, director’s white chairs, camera mounts, cameras themselves and other things. There’s also a mysterious office completely covered in green that has an armchair and a table in the center. There’s also a duck for some reason.

On the left, there’s a building with toys and arcade machines on the first floor, and a pool table and darts board on the second. The entrance of the theater has a ticket office with another duck inside.

In front of the screen there’s a taco, burrito and nachos restaurant. Behind it there’s a playground with a broken swing. There’s also a film storage nearby, an ice cream shop, public restrooms and a party house with a DJ panel. The cars were removed from the location, so the only vehicle here is the Reboot Van. 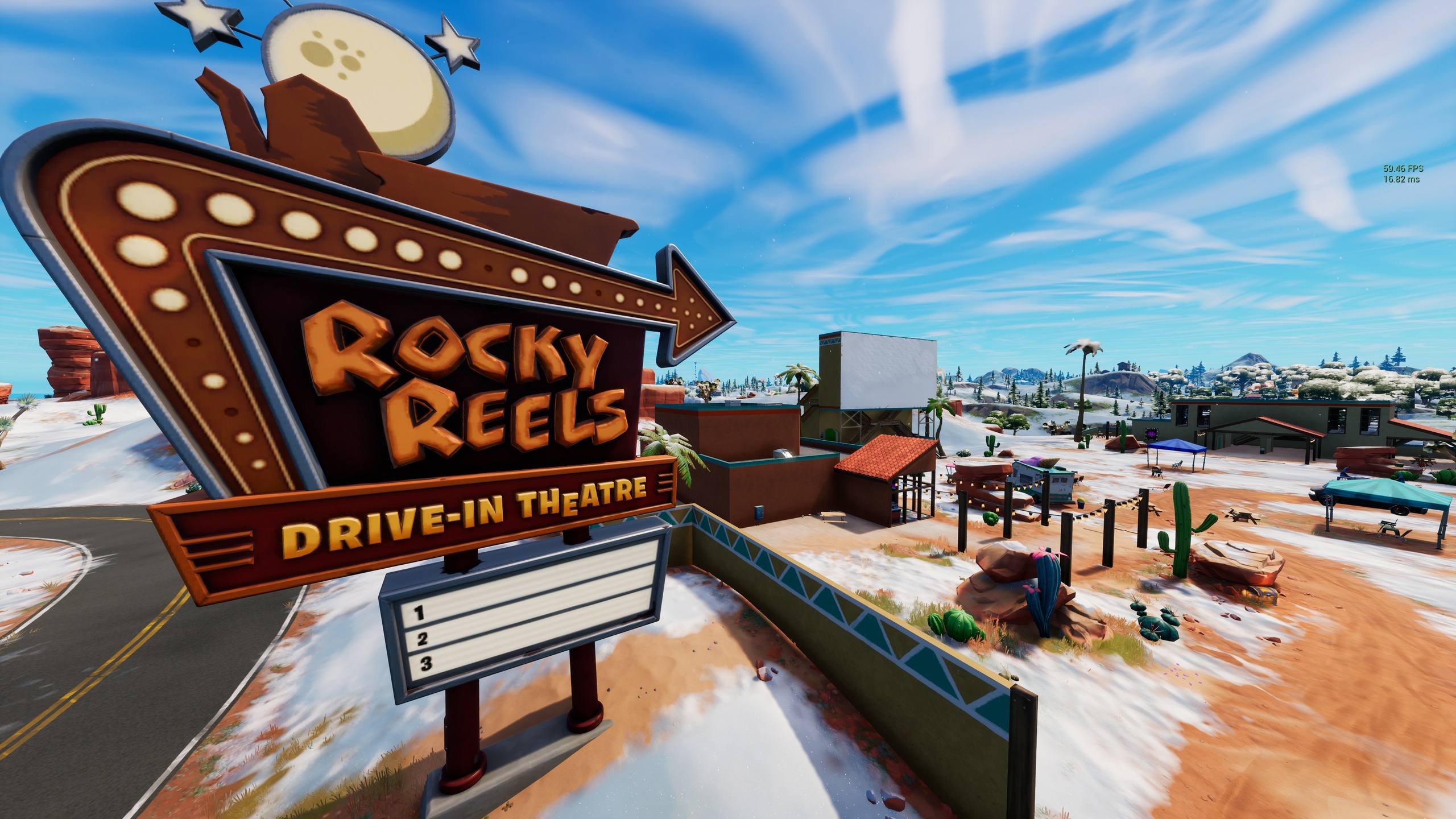 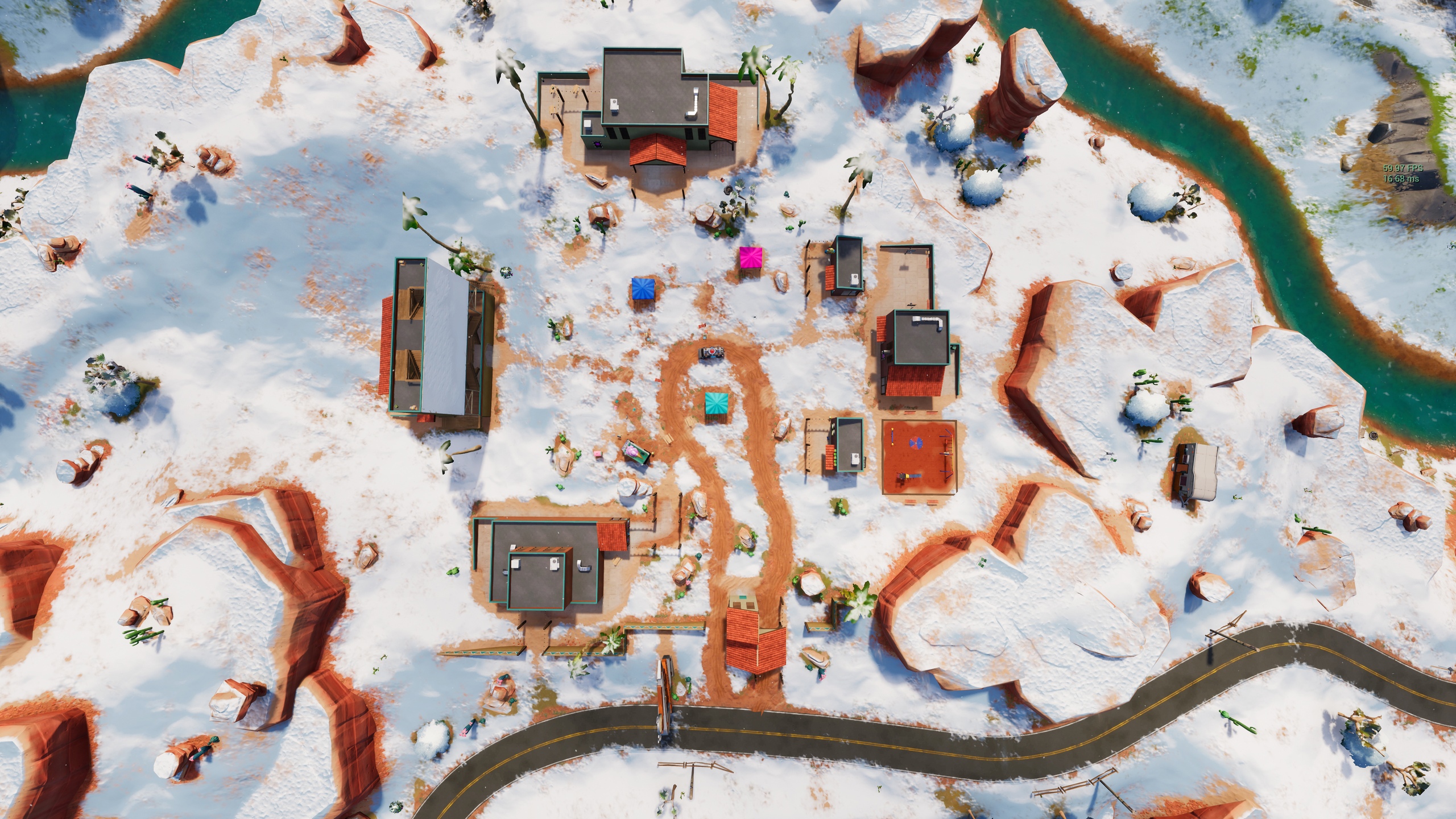 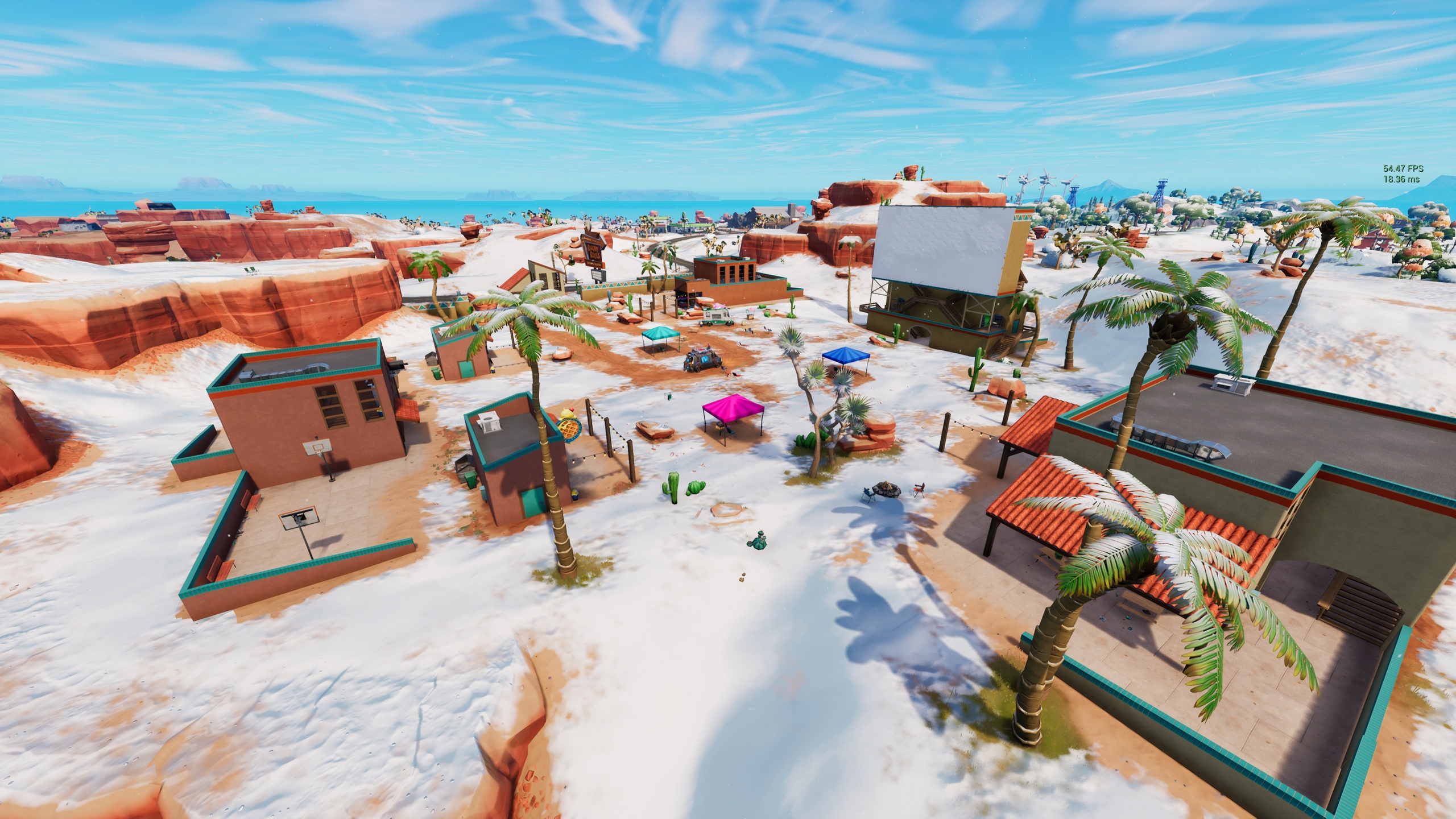 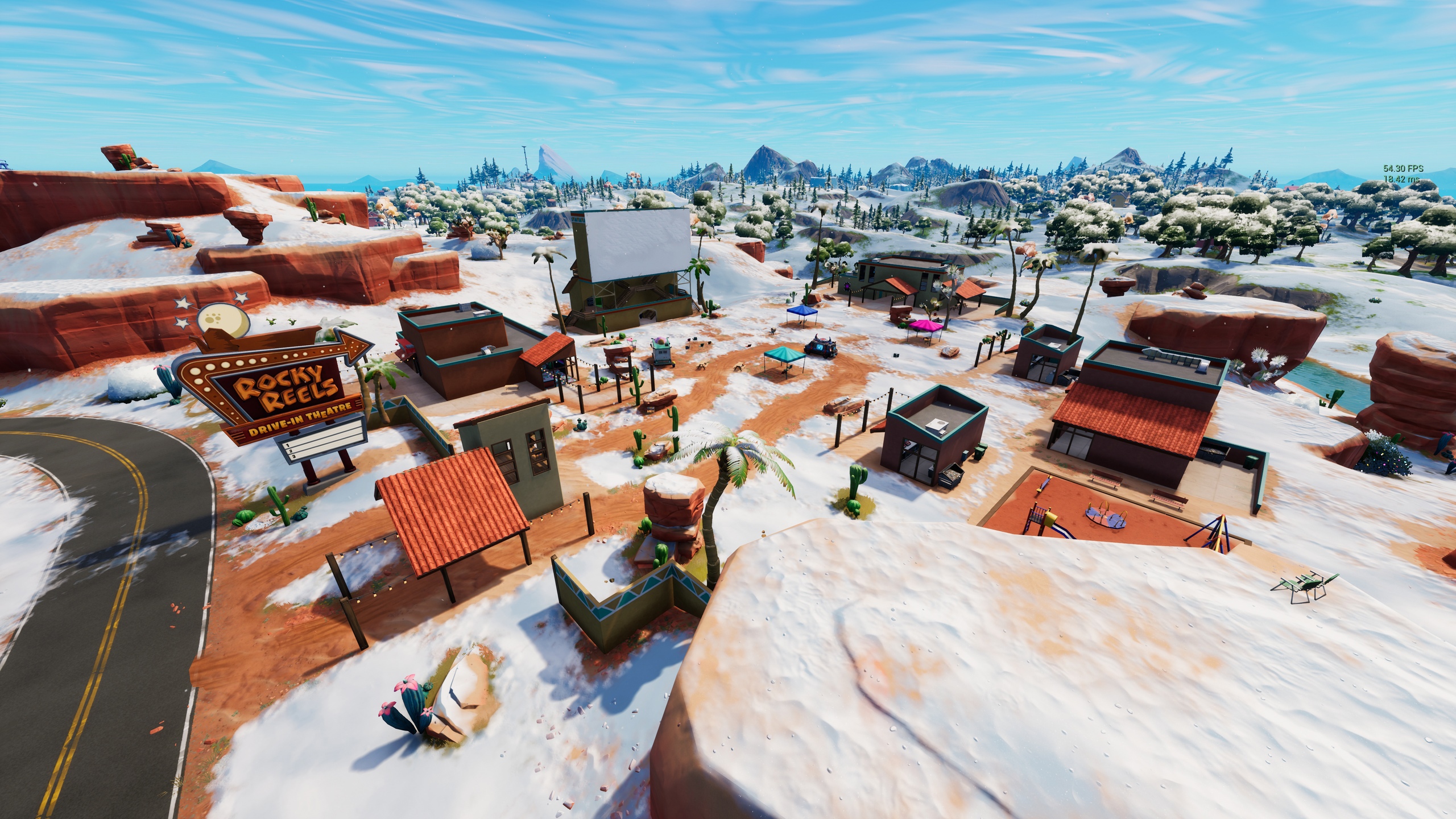