Do you like the Terminator universe? If you do, you probably like Arnold Schwarzenegger, the man behind the T-800 Terminator himself, the most. But unfortunately, he isn’t presented in the game – the only Terminator you can find in the game’s shop is the metal version of T-800 without any human features. But if robots are not for you, then there is also Sarah Connor with 2 selectable styles.

First, there’s a trailer for the T-800 Terminator and Sarah Connor:

As usual, it all started with a portal. This particular one was located next to Steamy Stacks.

First, we thought that Arnold himself will come as the T-800 Terminator, then it became obvious that Sarah Connor is the one who is coming to Fortnite. But, as you can see, both of those assumptions were partially wrong, and now we have both metal T-800 and Sarah Connor skins.

Sarah Connor is an epic outfit and can be bought for 1800 V-Bucks. Her Combat Knife is included, and that’s why the price is slightly higher than a regular epic outfit’s one.

The T-800 skin is also an Epic one, and the price for it is 1500 V-Bucks. You can also purchase a pickaxe and an emote separately. 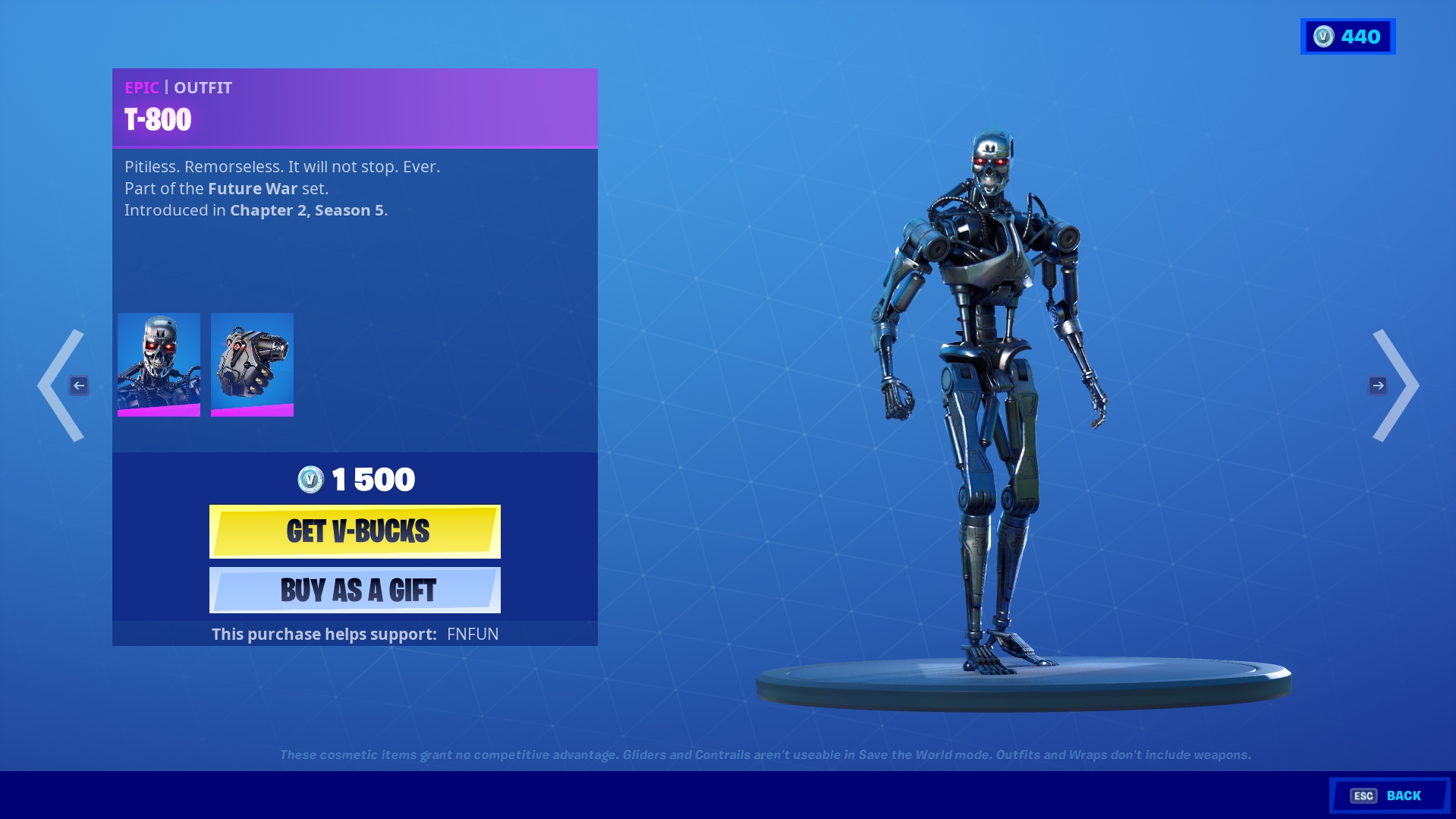 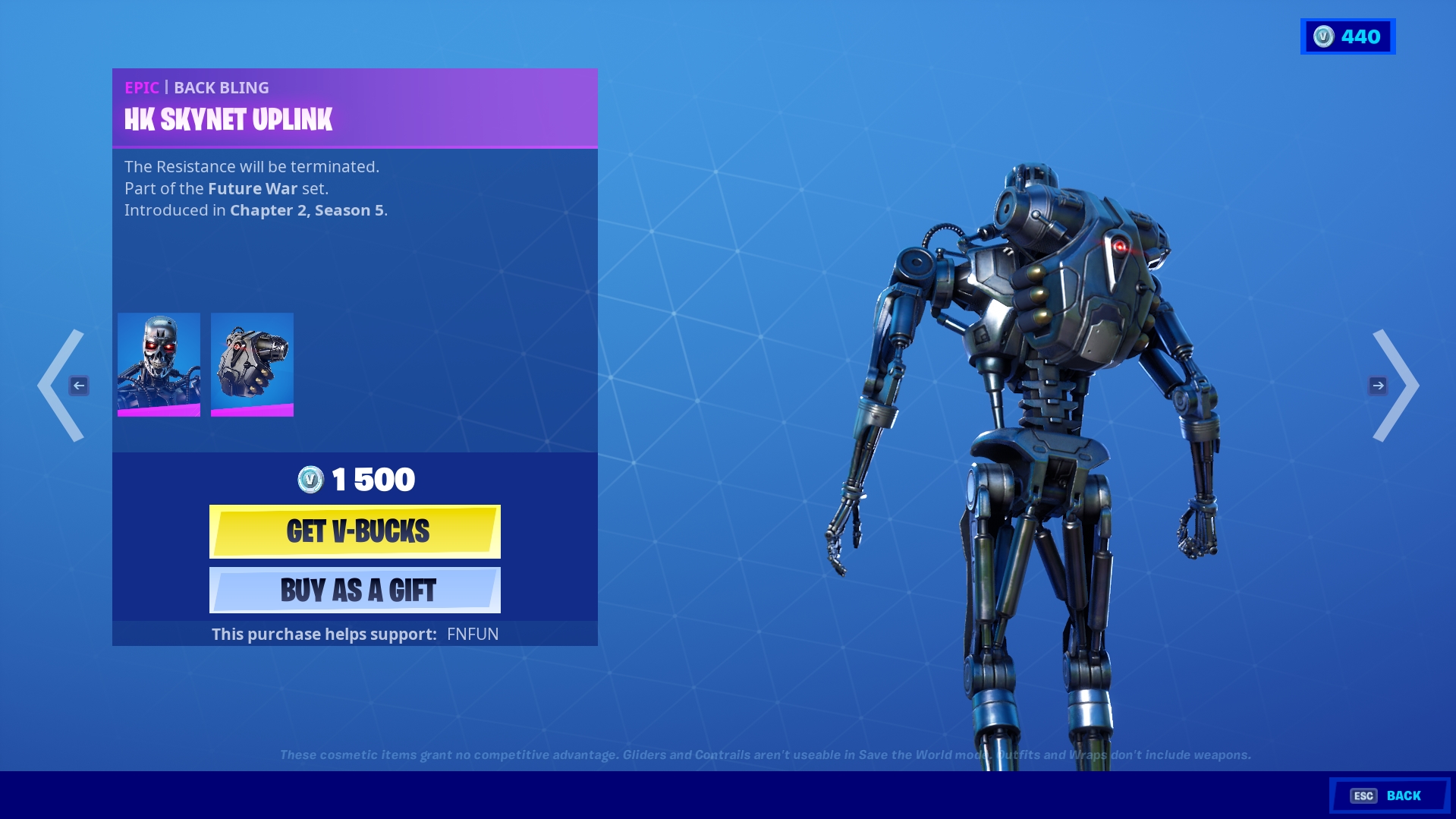 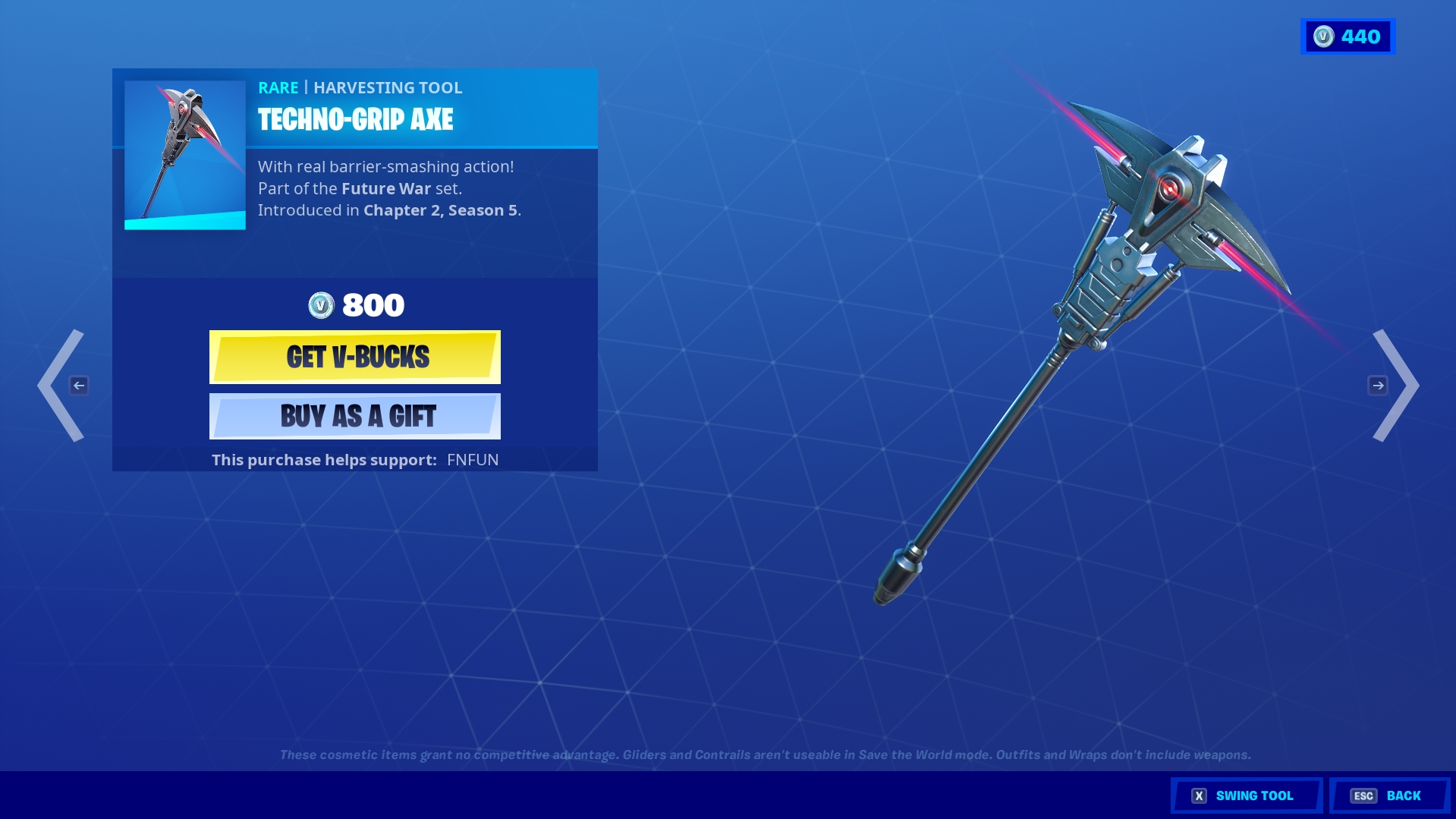 But if you decide to buy both the T-800 Terminator and Sarah Connor, you can purchase it for 2800 V-Bucks.