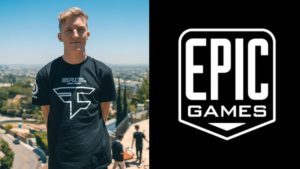 Finding all the Tfue Fortnite Settings in one place is now easier than easy, because we have collected all the relevant information for you!

Tfue (Turner Ellis Tenney) is a professional Twitch streamer. Currently, playing for the FaZe team. The sensitivity of the Tfue mouse is relatively low compared with some other players. However, his skill and sense of purpose are amazing, as seen on his YouTube channel.

Tfue knows how to play beautifully, and winning stylishly is precisely what the audience loves him for. Turner always comments on his actions and often trolls his opponents during matches. In Fortnite, he professes an aggressive style and always tries to score the maximum number of frags. Making 20-30 kills per match is not a problem for him, but in order to be just a little more interesting, he prefers to play alone against the squads.

Tfue several times set records in the number of murders, but his track record has other interesting achievements. For example, he once won a match without ever taking damage. Even Turner won with the help of traps or finished off the last opponent with a pick. Favorite chip Tfue – to build a high tower in the center of the circle, jump from it and make a decisive frag in flight. Sometimes he misses and breaks on the ground – then the victory goes to his opponent.

Over time, Tfue no longer regards Fortnite victory as an achievement. He often gave her obviously weaker rivals, who remained with him one on one at the end of the match. What can I say, if Turner wins during the haircut at the hairdresser or when he gets a tattoo.

Tfue has its own full-size Fortnite Battle Bus. His player gave the blogger Jimmy MrBeast Donaldson, who is an ardent fan of Turner streams. The bus was made specifically for the order, in the best traditions of the transfer of “Pimp My Ride” with the rapper Xzibit. The interior is completely redesigned so that Tfue can play and stream right on the road. The bus has a TV with a PS4, a gaming laptop, a couple of sofas, a bed, a few suits – Fortnite skins and a lot of various souvenirs.

Tfue was also one of the invited guests at the official launch of Fortnite in South Korea. He took part in a million dollar prize tournament in charity, talked to local fans and published several blogs from the trip.

Since many players would like to play as well as Turner, below you can find all Tfue Fortnite Settings.