The event “Share the love” – the beginning of the rating system

There are obvious prerequisites for thinking that the new event “Share the love is an attempt by Epic Games to test a new rating system. This event is a qualification for the tournament and has one feature: 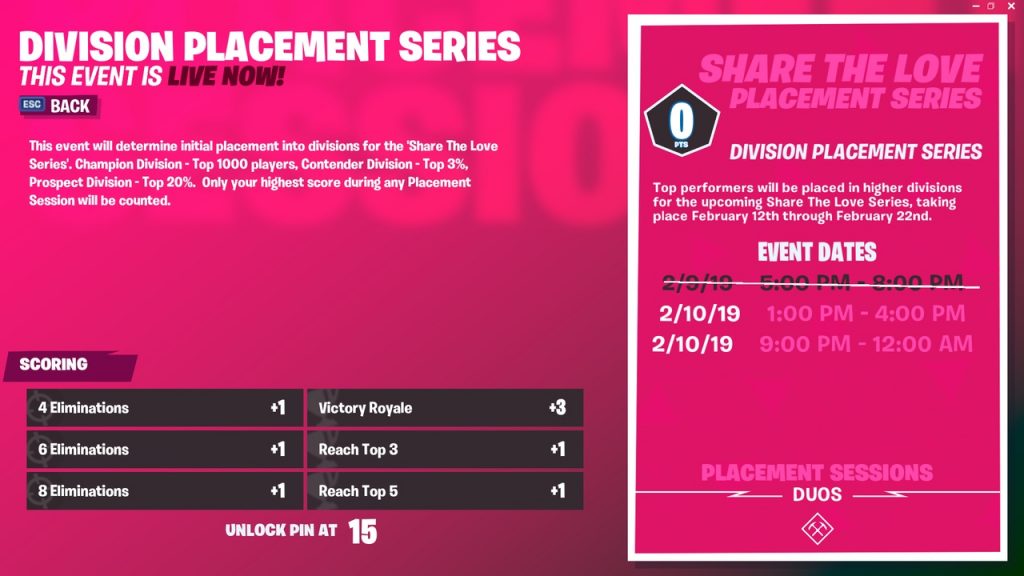 Players will be divided into divisions, according to their gaming abilities. We very much hope that this is not a one-time experiment of the creators of Fortnite, but a test before introducing a global system. But there are no details at the moment, but it is likely that the release of the new game Apex Legends will make the developers think, because they have a worthy competitor.

Fortnite is the most popular game, but it could be even more popular if developers lowered the entry threshold. For any newbie, building is a very complex gameplay element. In this case, players get into matches, in which they play as the same new players and seasoned in battle. Permanent death scares most players. The rating system should solve this problem.