Toon Meowscles is available in the item shop

Meowscles is one of the most famous Fortnite characters, but now he’s getting a new version – the Toon Meowscles skin in the style of cartoons from the 20s and 30s. The skin is already available in Fortnite’s item shop, so you can purchase it if you’d like to.

Several days ago I already said that a famous creator’s concept can become reality. And it did – the Toon Meowscles skin is already available in the item shop. But before it came to the shop, there also were several teasers made by Epic Games.

The first one was found in the game. It shows the transformation of Meowscles to his Toon version: 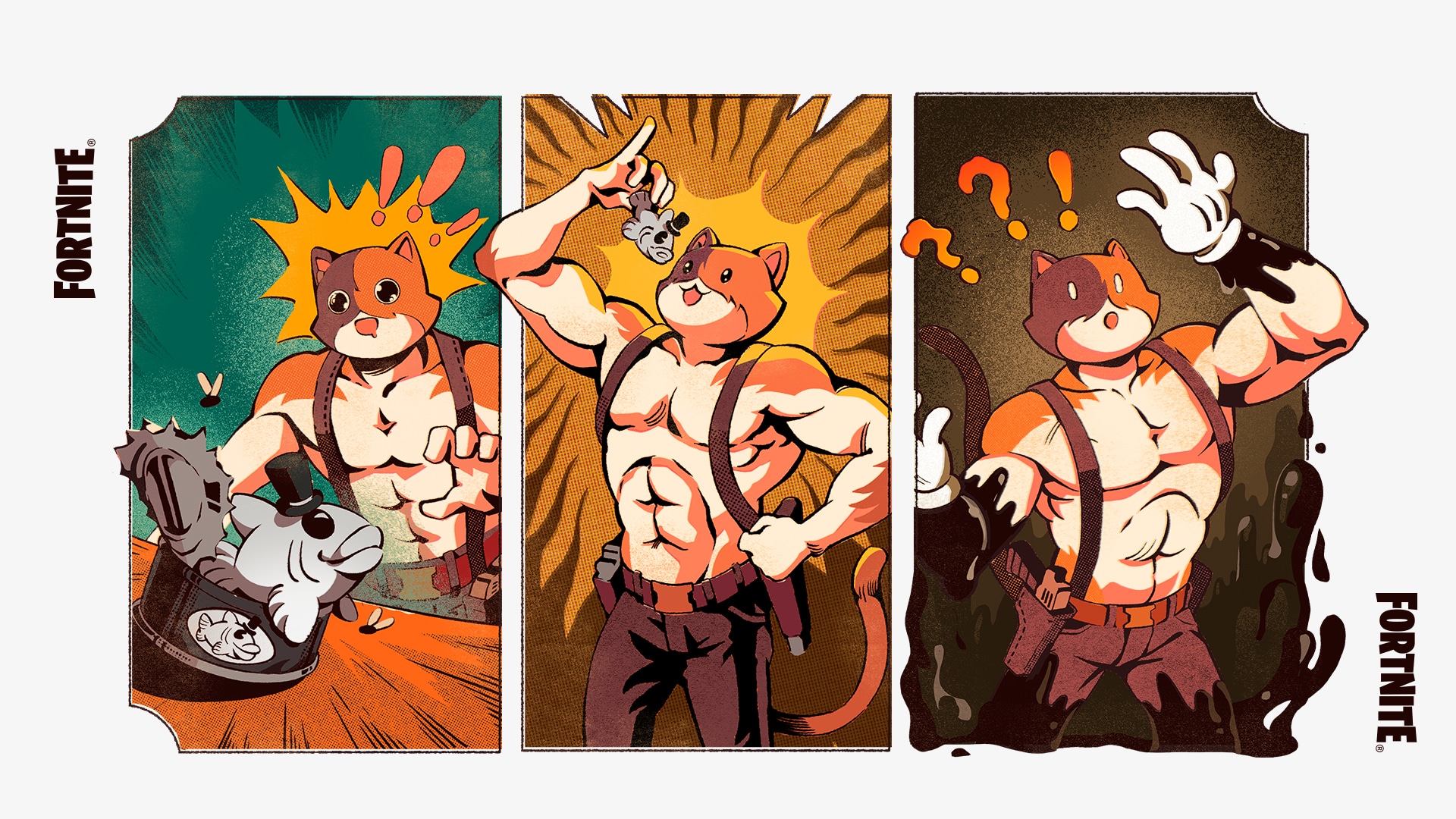 The second one was a music pack uploaded to YouTube. Here it is:

The third was made by Fortnite France Twitter account. They showed a short video of Toon Meowscles flexing his muscles to the music above. However, the tweet was deleted after a while.

Fortnite France deleted the tweet, so here is the re-upload of the Toon Meowscles skin pic.twitter.com/FnLaMDdeCX

The fourth announcement is a whole loading screen showing the life of Toon Meowscles in Toon Fortnite world. 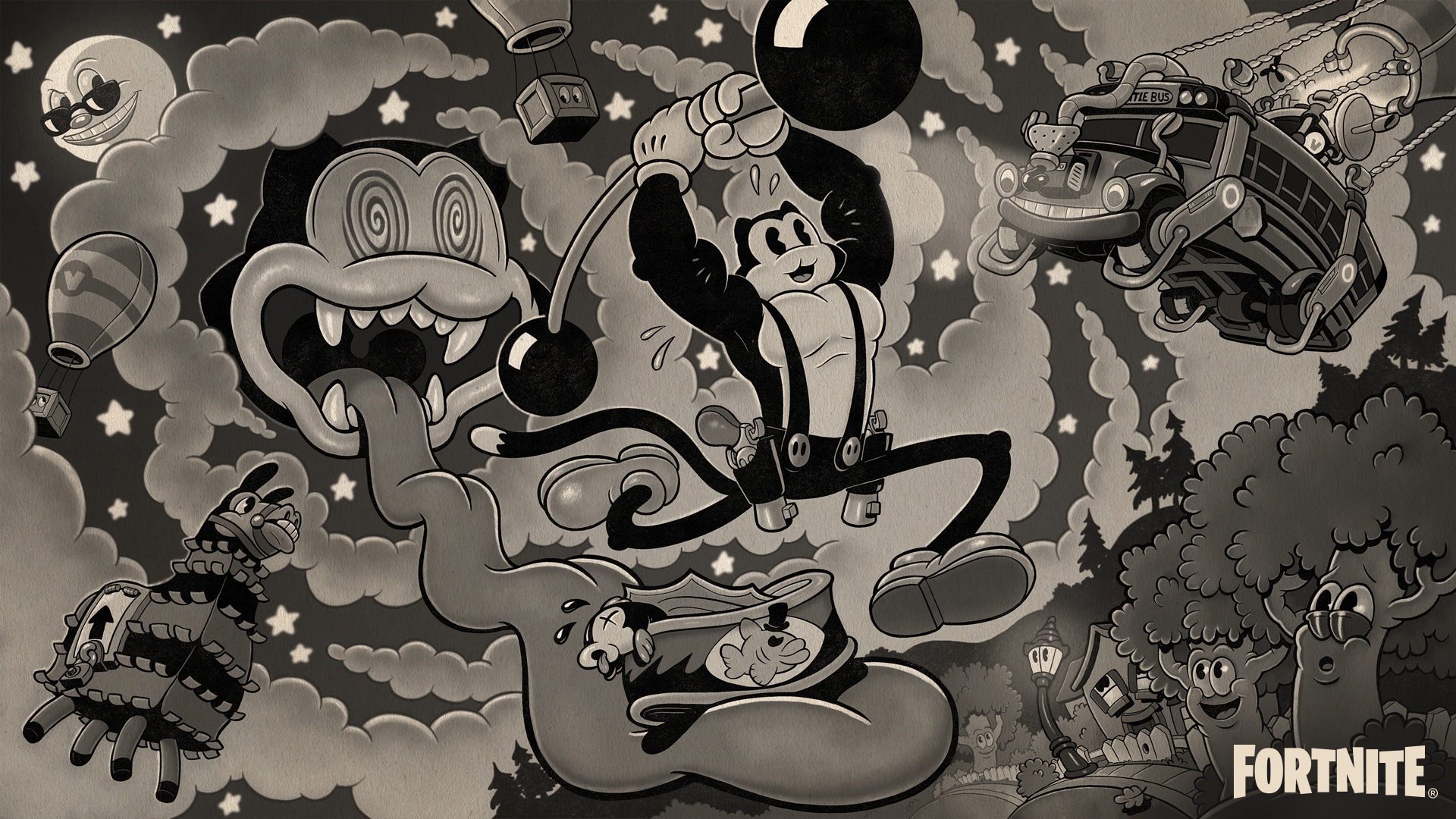 Fortunately, the skin was released with the next item shop update. 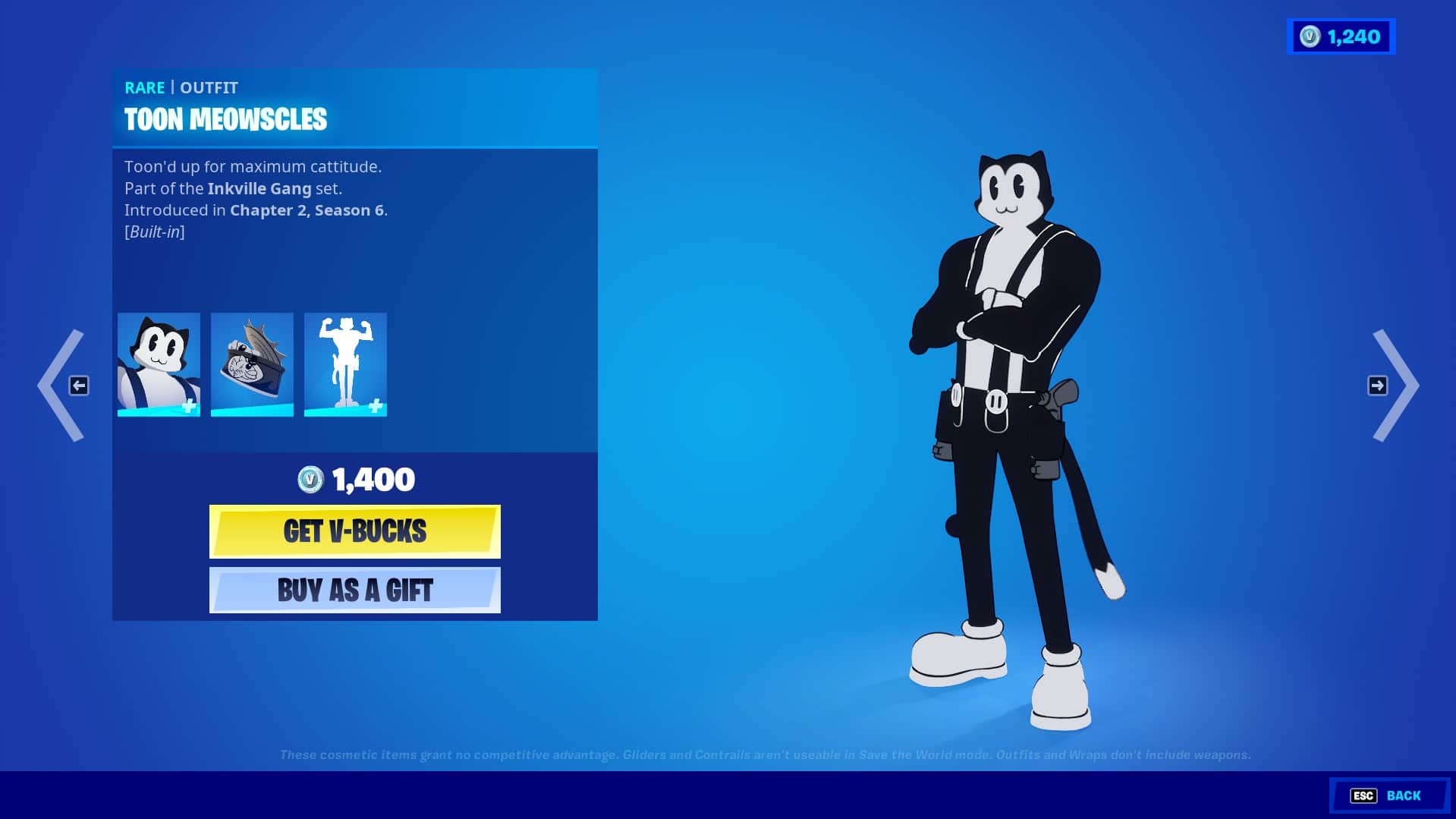 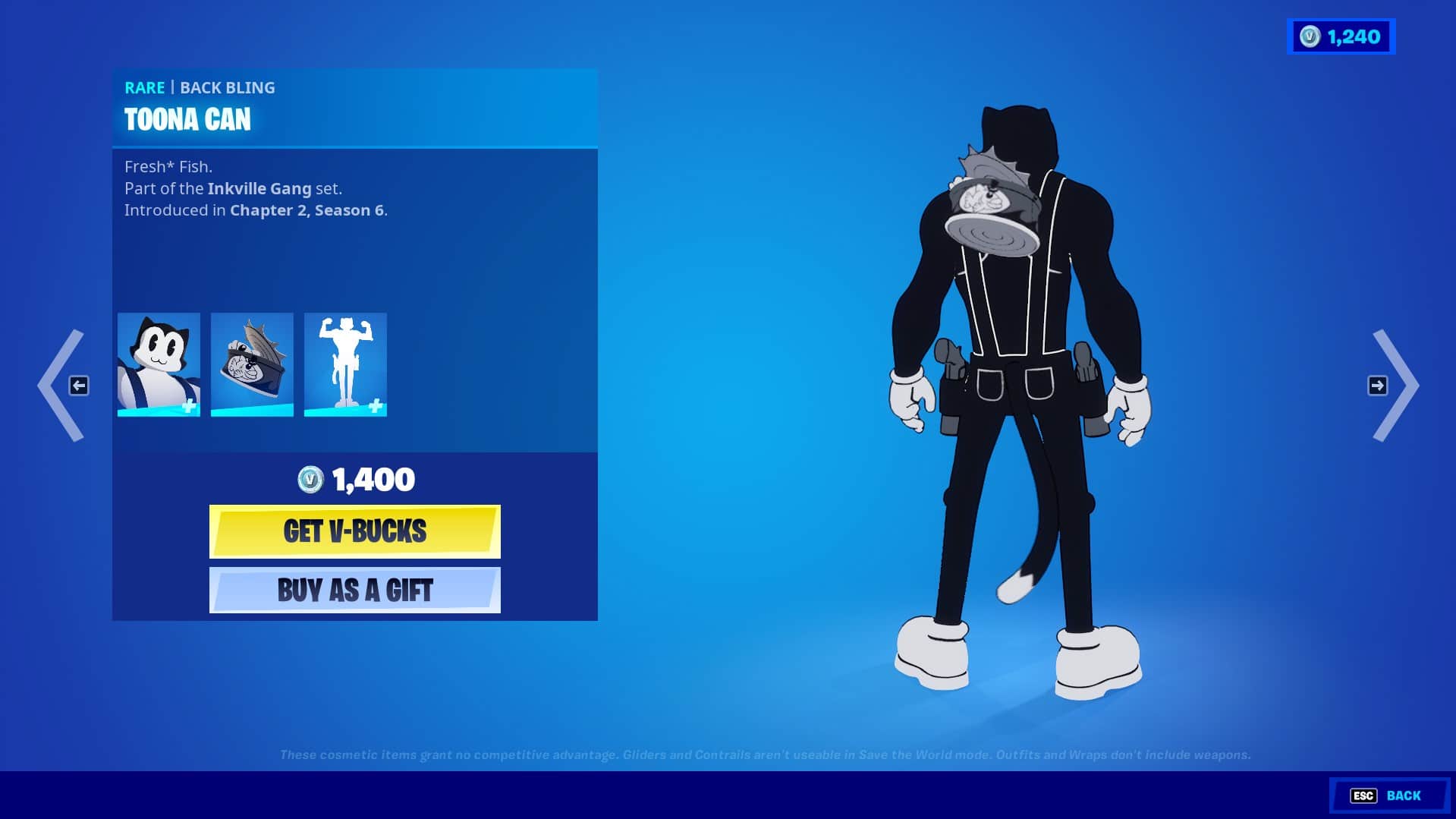 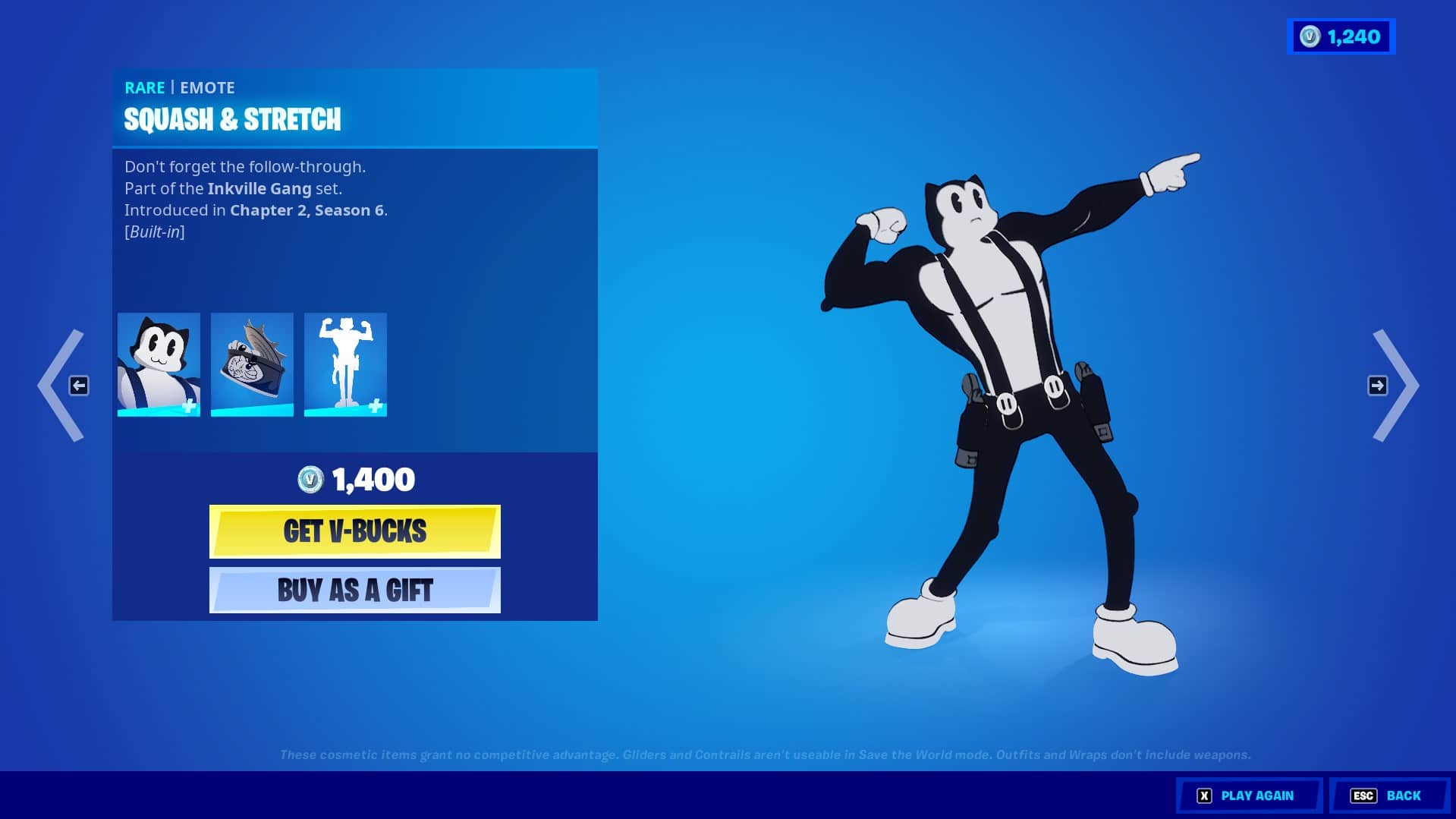 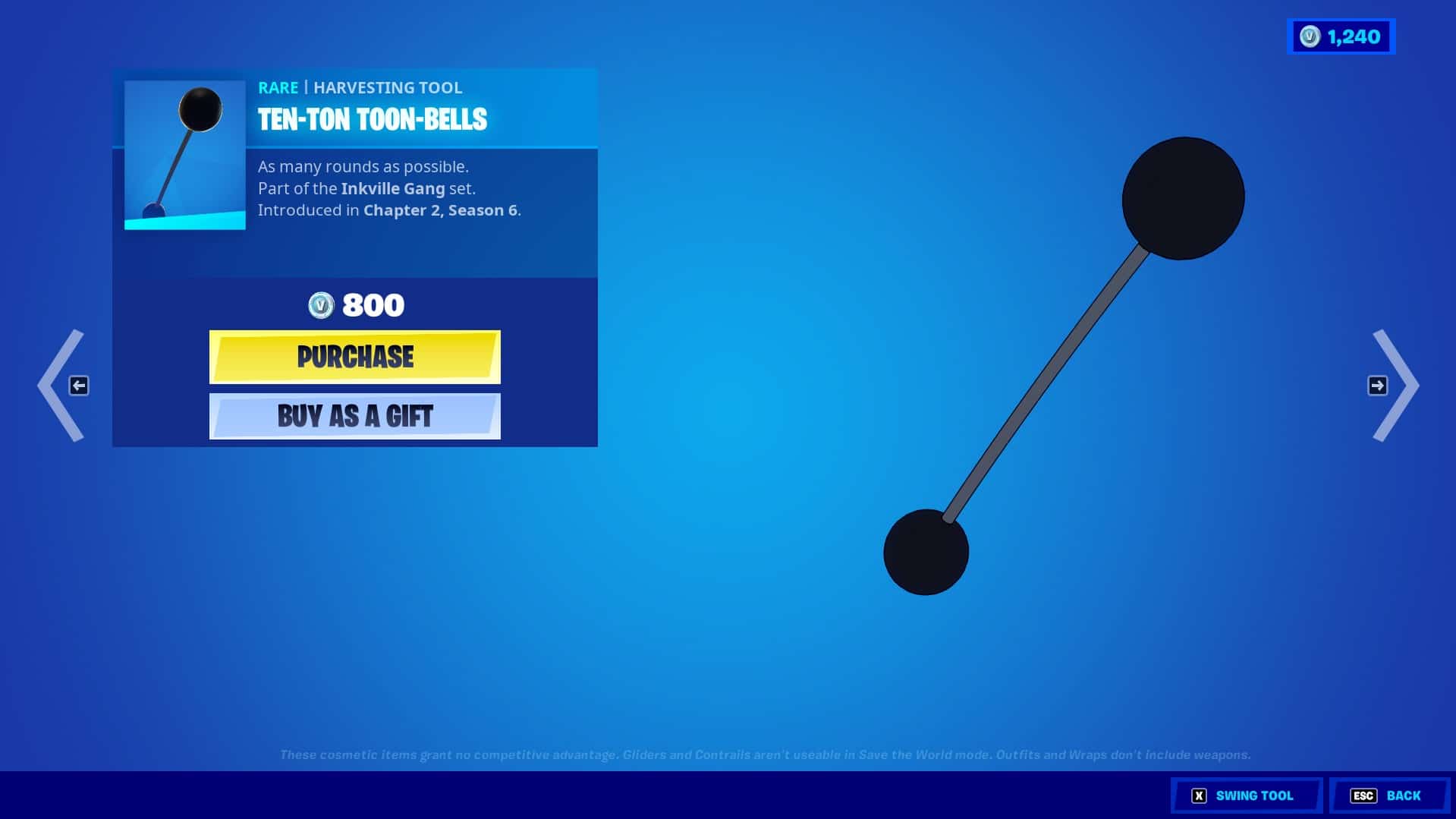 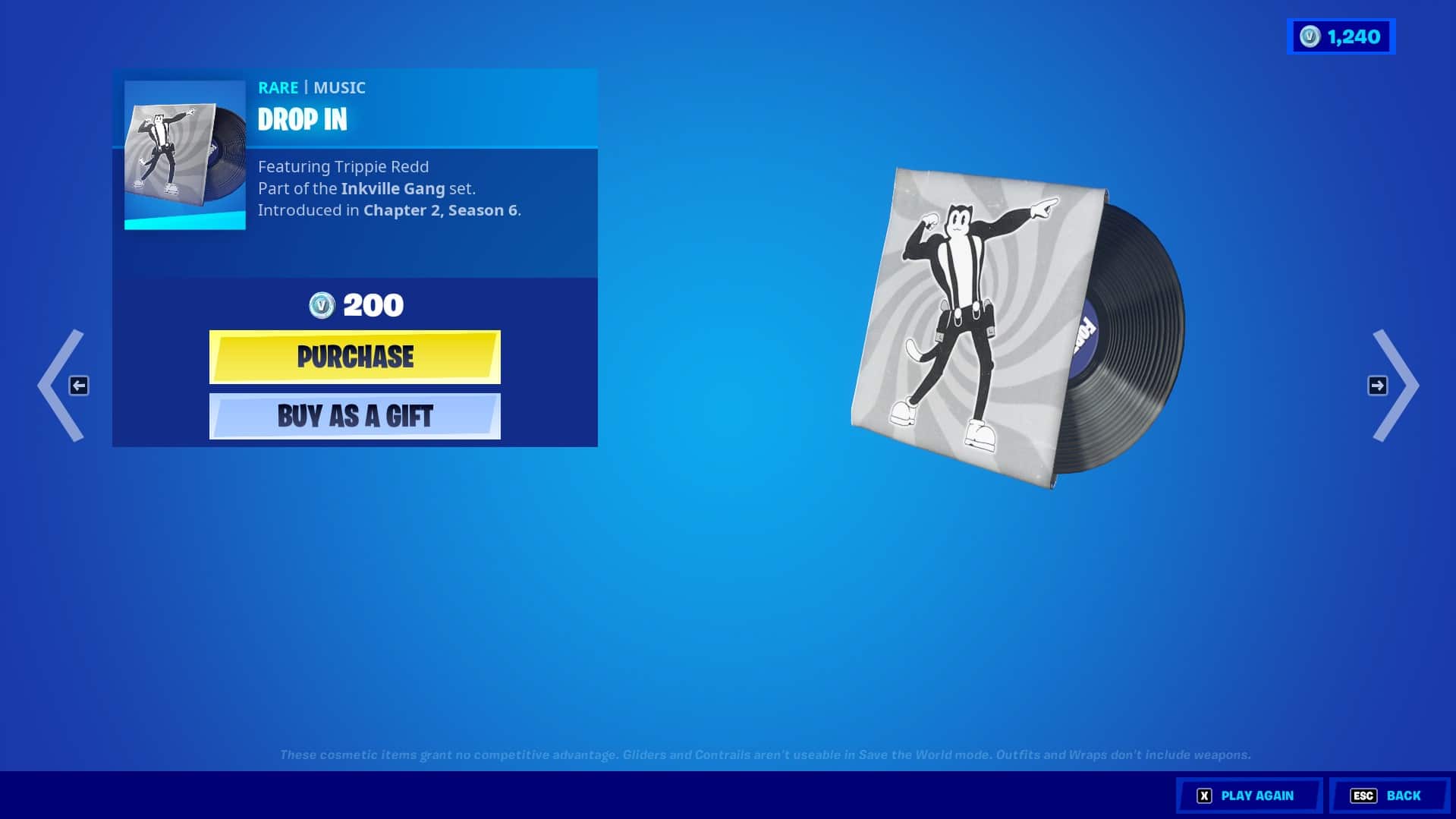 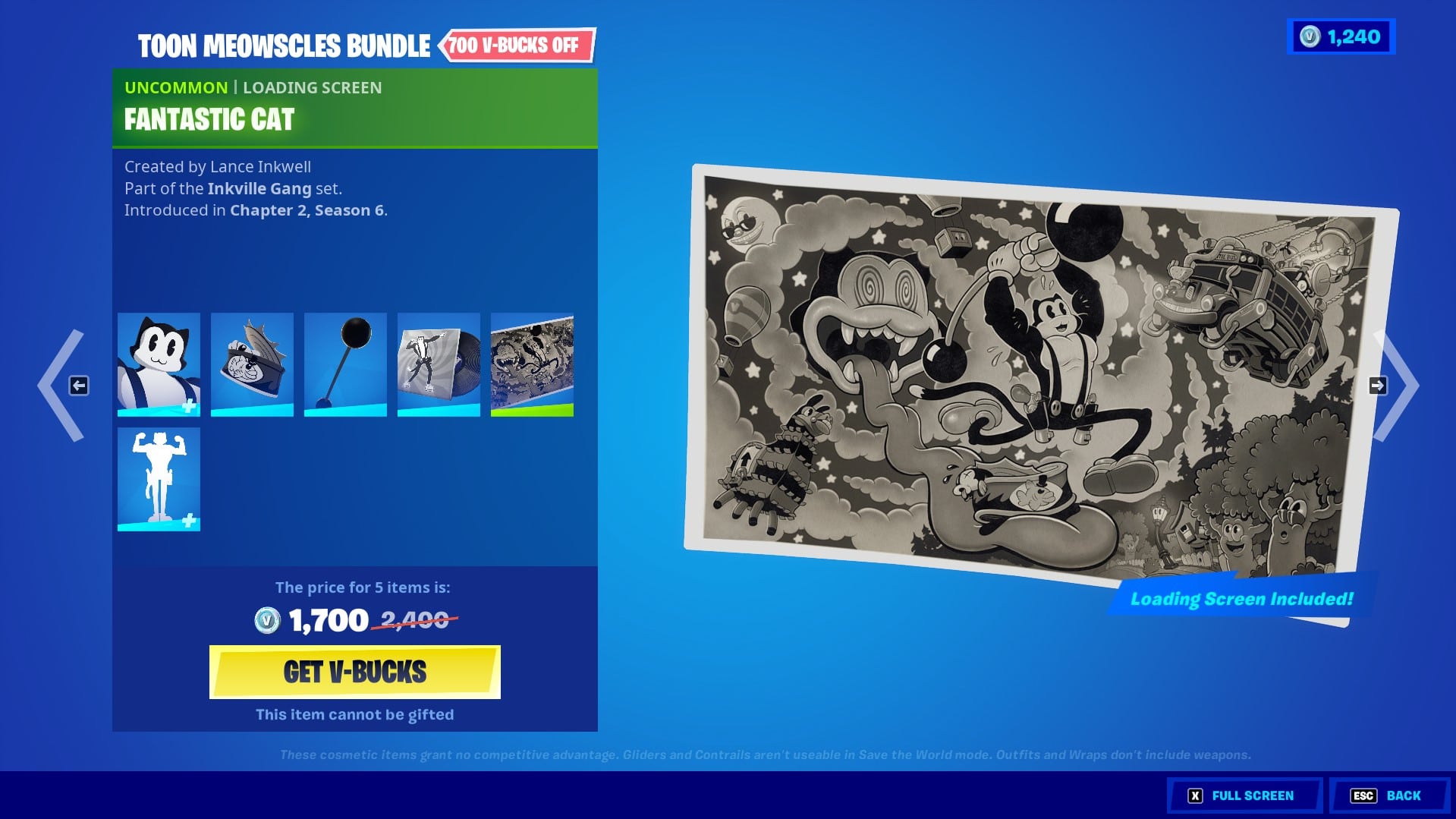 The skin costs 1400 V-Bucks, but it also includes the Toona Can backbling and the Squash & Stretch emote. There’s also a new pickaxe called “Ten-Ton Toon-Bells” that you can buy for 800 V-Bucks and a music pack called “Drop In” that you can buy for 200 V-Bucks. All the items can be purchased in a bundle for 1700 V-Bucks, which is cheaper than buying everything separately. The bundle also includes a loading screen.