The results of CIS participants in Gamers Assembly

The finale of the Gamers Assembly tournament passed on March 5, where 33 teams who passed the semifinal participated. This tournament was in trio game mode and didn’t go without players from CIS. The prize fund was 7800 euros, and the prize was by top 5 or higher. 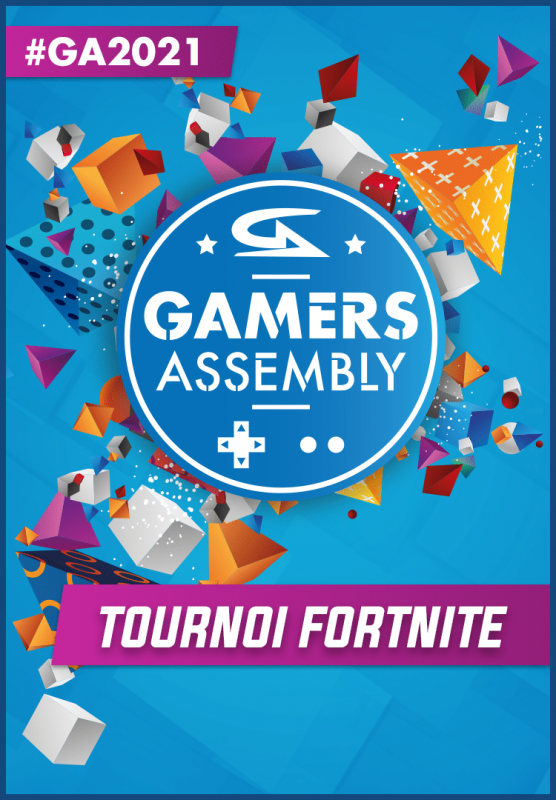 From CIS on this Tournament participated Two trios from CIS participated in Gamers Assembly: Malibuca, shizoname and fiR3hUNTER trio as well as ks1light, Mr. J and Wulfee trio.

The best score was shown by a trio of Malibuca, shizoname and fiR3hUNTER. They hold line 18 with 38 points. The first two games went badly, with 0 points earned, and the third game also didn’t go well. The 4th game came out best, and the trio got 32 points and got a good place. They were on the 18th line, but the prizes started at the 5th place. 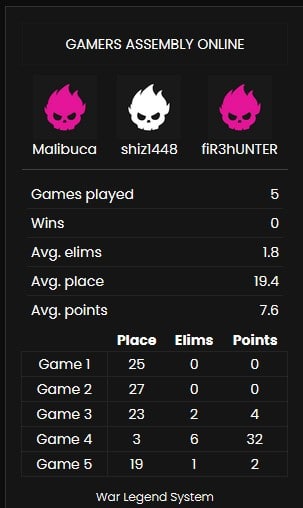 The ks1light, Mr. J, Wulfee trio is located in the 32nd place. They got only 3 points in the whole tournament, but they played only 3 games out of 5. Most likely they decided to stop playing because of bad luck in the other matches. 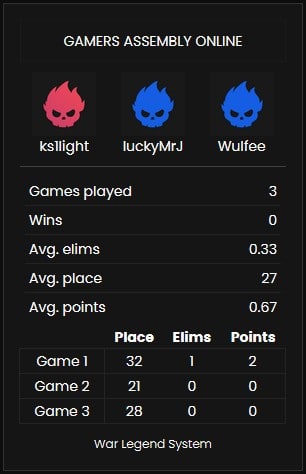 In this tournament there were only two CIS trios, and they showed not the best result. I think that next time guys will train more and show better results in the tournament.