The last weeks had tons of new challenges, which made players spend even more time completing them. But this time it’s much easier – there’s just a few new The Spire quests in weeks 3 and 4.

Videos below by EveryDay FN

Play The Spire’s Message at a Guardian Outpost

To play The Spire’s message, you need to come to any Guardian Outpost and climb it’s top. There will be a strange device that you need to activate. 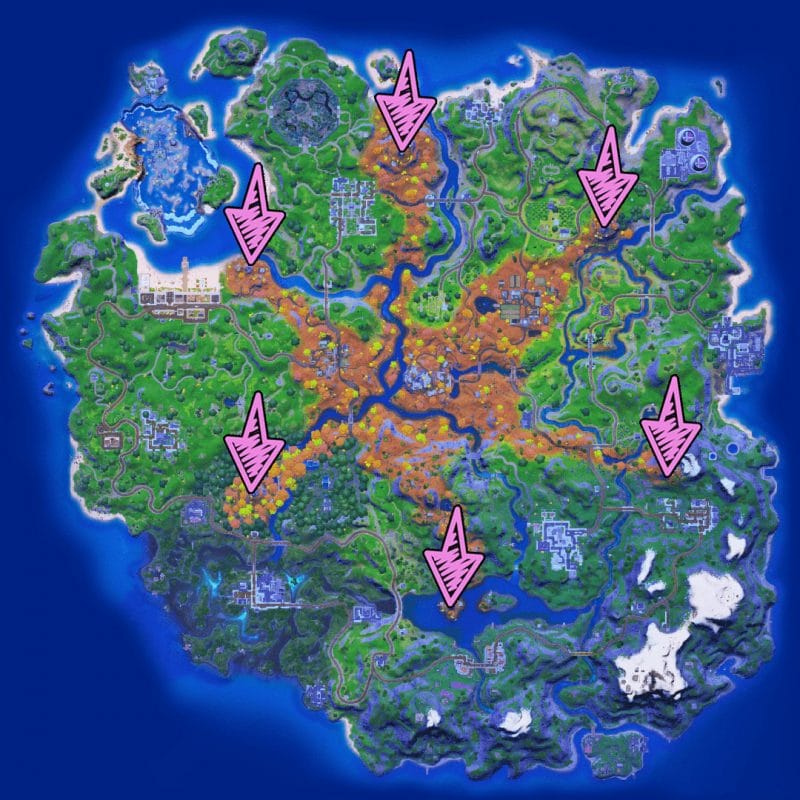 You will get your XP right after activating it!

As you probably know, there’s a lot of different Jonesy skins in Fortnite. But there’s also a bunch of different John Jones NPCs that you can find on the island. Some versions are completely different from the others, while some look usual, but you need to talk to them no matter how they look. And this is the challenge – you just need to find and talk to different Joneses. 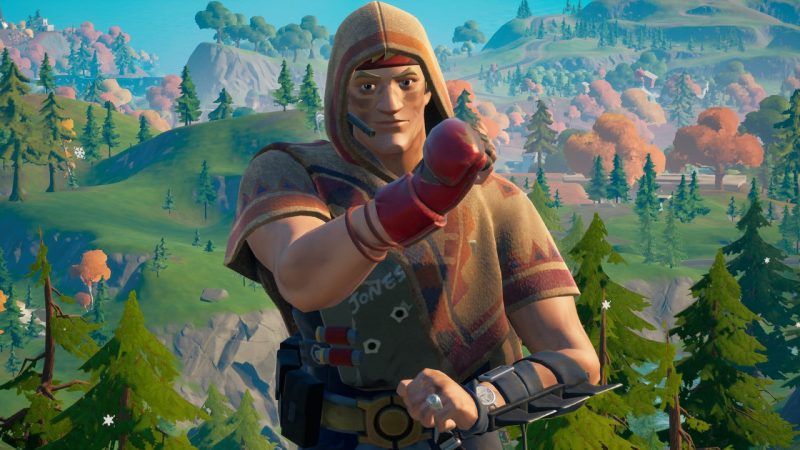 Here’s a map that shows where the Joneses are located: 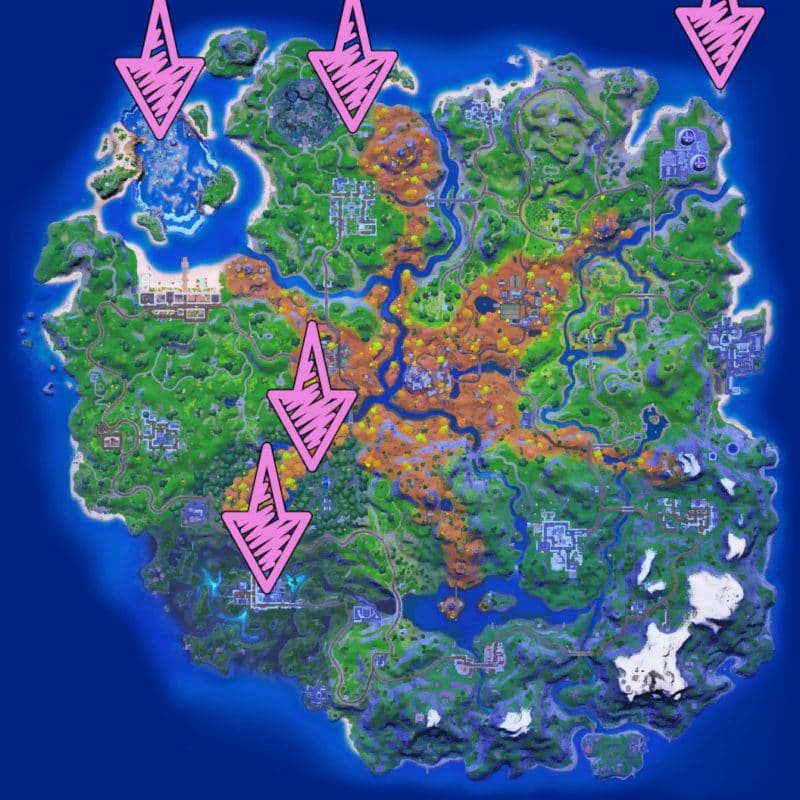 However, there’s much more oneses on the island. The map only shows the ones guarantee that you will complete the challenge by talking to them.

But the main task is, of course, to talk to the NPC. You need to come to the Jonesy you found, press the interaction button and find The Spire dialogue option.

Jonesy the First is a resident of Pleasant Park. He’s located in the house in the north-west part of the town. To complete the challenge, you need to talk to Jonesy about The Spire. 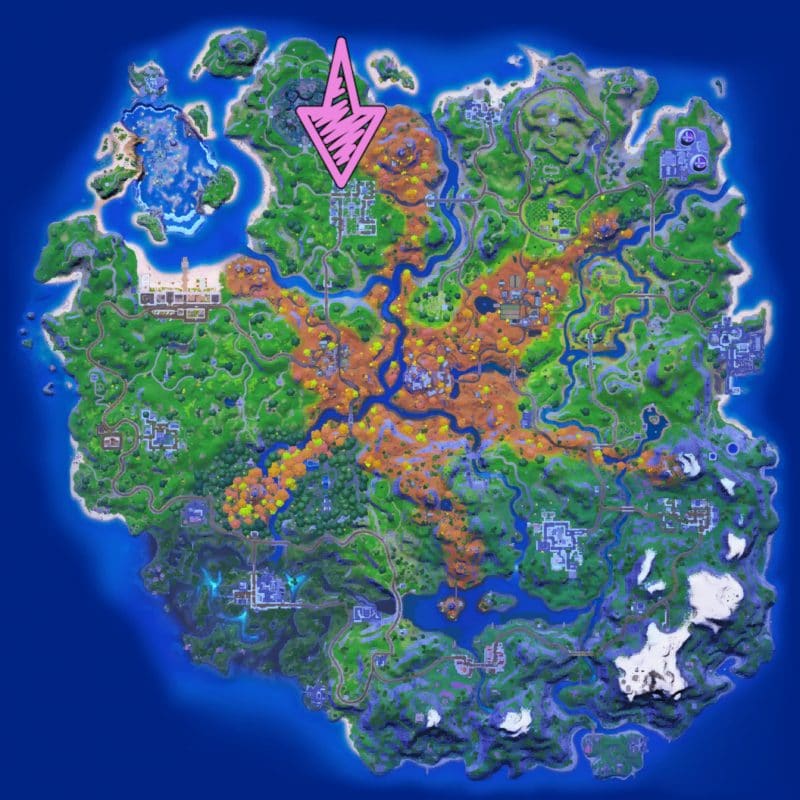 If you like Jonesy the First, you probably won’t like this challenge. The reason of that is because John Jones will likely die very soon by fighting you.

Come to Pleasant Park and find Jonesy the First. The location is pretty popular by itself, so it might be hard to duel Jonesy the First while also dueling all the other players. Be sure to find a gun and be ready for a fight!

If the path to Jonesy the First is clear, come and talk to him, and then select the Duel dialogue option. You will be thrown away right before the fight starts, but you don’t need to actually duel Jonesy. 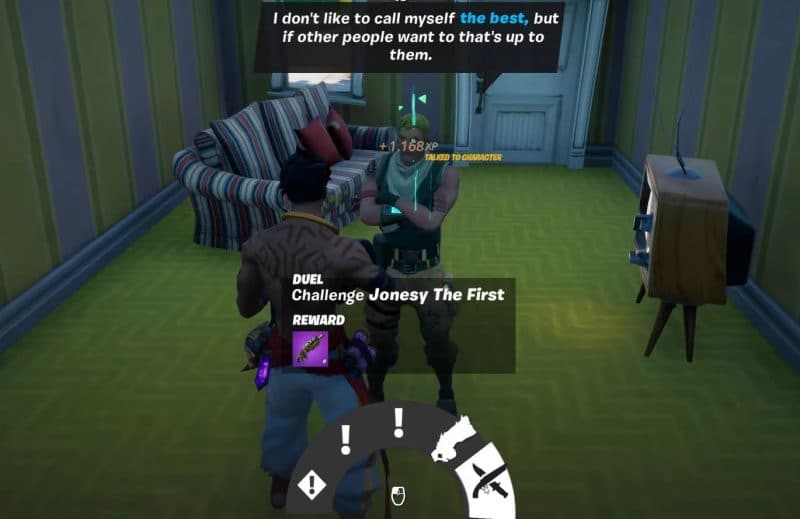 Return to Jonesy the First

This one is simple – just start a new match (or kill Raz) and come back to the one you once fought. You just need to talk to Jonesy the First by selecting The Spire option again.

And now you’re done with The Spire quests… for a while, at least.