Difficult tests filled Fortnite Spray & Pray Challenges! Visit graffiti covered billboards in a single match to break free from the shackles of gravity of these missions.

This is already the 11th challenge in this series and it is very easy to do if you know where to look for graffiti covered billboards. If you play a lot, then you probably noticed signs in front of some locations. They are very similar to Russian bulletin boards – they are also painted and filled with ads. Only Fortnite graffiti is more modern than those used in real life.

To visit graffiti covered billboards in a single match, follow our map. Detailed descriptions of locations will be a little lower. 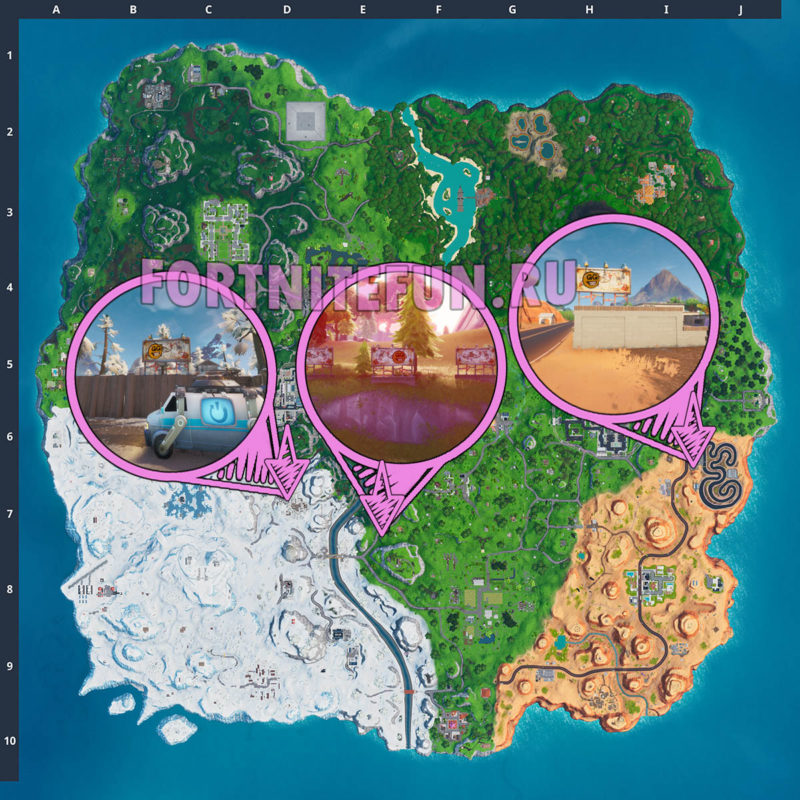 As you may have noticed, on the map we found three places with graffiti covered billboards. They are located at a fairly close distance from each other, and even without a driftboard or B.R.U.T.E. to reach these points is not difficult. Use the best (direct) trajectory to have time to visit them in one match and not think more about this challenge.

The first covered billboard is located in Shifty Shafts at the very entrance near the reboot vans. It is attached to a wooden fence and has a symbolic inscription “GG”. Really a good game! 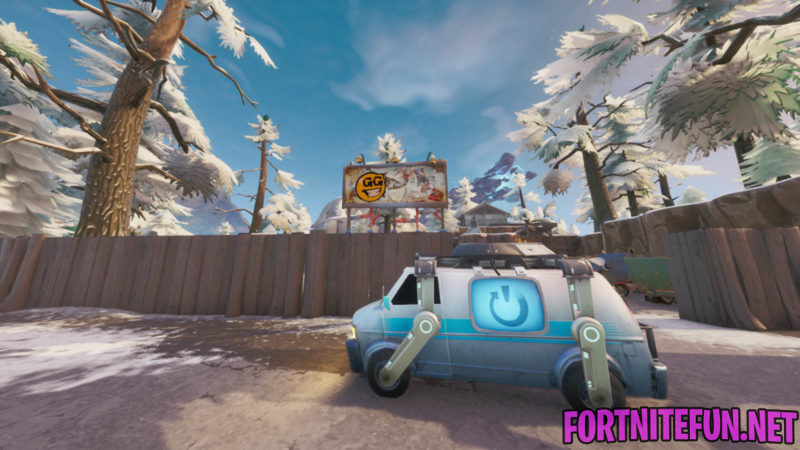 The second covered billboard on our list can be found on the deserted race track. Approach from the south to the fence of the largest house and watch the same sign again. Trailers will be inside, so it’s impossible to get confused. 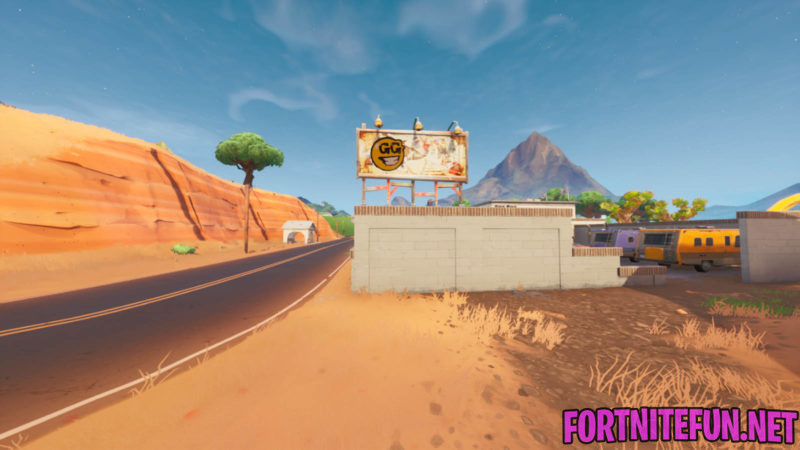 The last covered billboard is located below the skeleton of a monster and includes as many as three signs, one of which is necessary! Approach the location from the west and the sign will be visible very well. 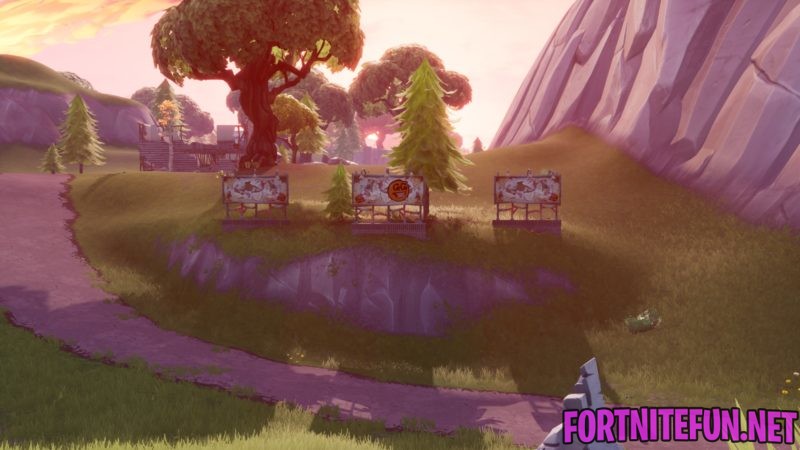 To complete this challenge, it is enough to approach in each of the graffiti covered billboards. Neither draw nor dance.