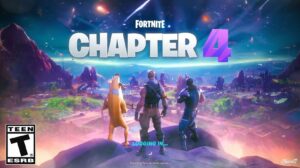 The next Fortnite Chapter is starting on December 4, Sunday, and we are already getting rumors about the locations on the new map. This isn’t a surprise, because every new chapter the players expect to see not just new mechanics, but also a completely reworked map.

One particular rumor from a year ago (before the start of Chapter 3) is worth talking about. It mentioned 11 locations that didn’t end up being on the Chapter 3 map. They include some new maps, as well as some old ones.

Here’s the list of what these locations could be called:

Knowing that Epic Games plan everything far further than just 1 season ahead (which was confirmed a lot of times), data miners assume that these locations could end up on the Fortnite Chapter 4 map. Of course, you should be skeptical about such leaks, but remember that this leak came from a files of a new game mode.