Chapter 3 is full of bizarre and interesting items and mechanics. There’s the shield keg that heals your shields, the tent that can save your items or even your life, the crown that can give you an emote. Another unique thing that is coming to Fortnite soon is the purple dinosaur, which is called Butter Cake in the files.

You could say that the dinosaurs are already on the map, but they’re still sleeping. The holes where Butter Cakes live are scattered across the map, and if you look closely, you can notice their breath. 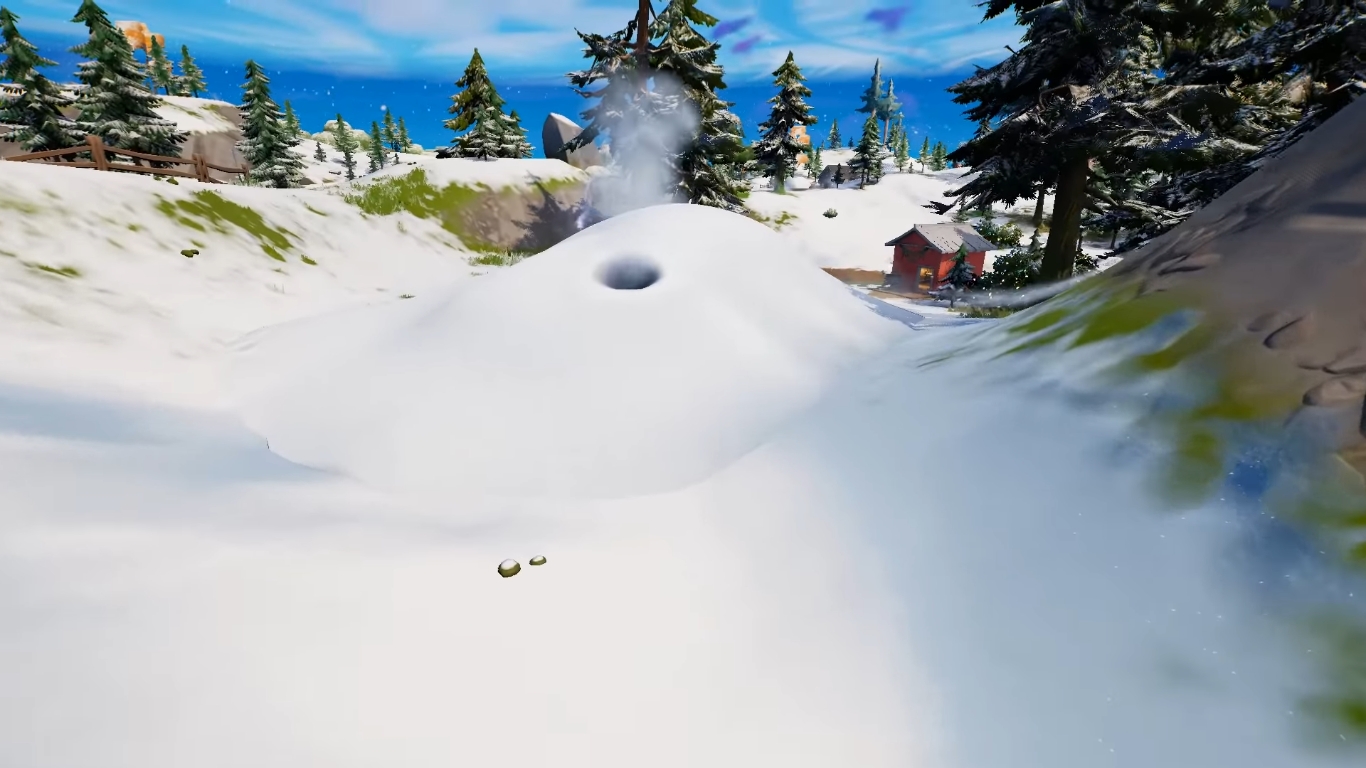 The animal will appear in the game when half of the snow goes away. It’s already started, so the only thing we can do for now is wait. 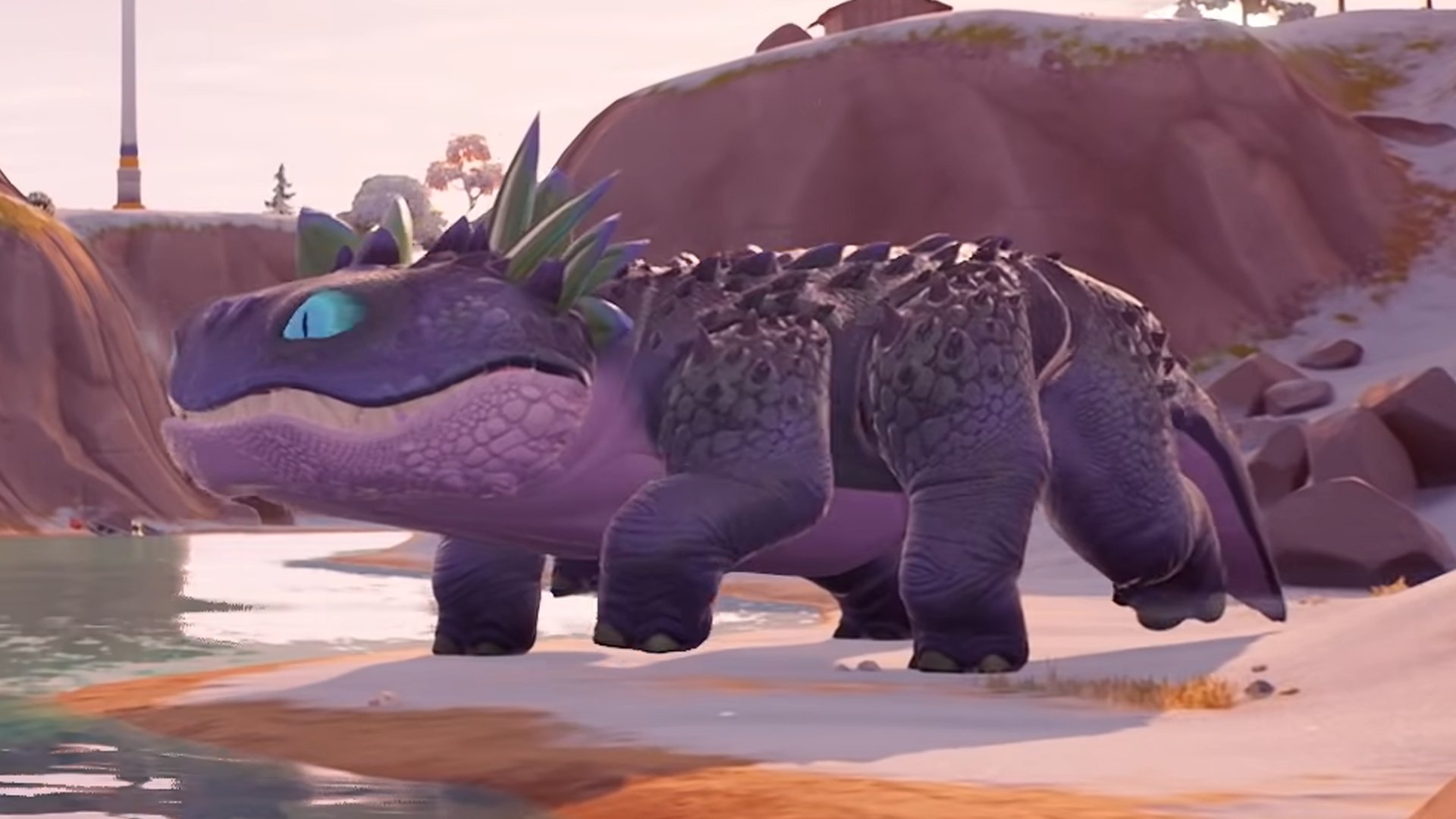 Now, let’s get to the most important things – where to find them, how to they look and what whey are.

According to the files, there will be 4 kinds of purple dinosaurs. Most likely, they will spawn in the same places where their holes are located now.

There will be more information when they get released.

These animals have some kind of breath that can launch the players in the air and allow them to redeploy the glider. This is the same effect as the launch pads or geysers have.

Everything we know about “Butter Cake”

– A “Berry” fruit spawns next to him & sold by Haven for 25 Gold
– Has 4 variants & one of them has a 100% chance spawn location
– Has a “Blowhole” that you can use to redeploy
– Might be the first rideable animal
– drops 50HP meat on death pic.twitter.com/OMcBJlD2pv

The dinosaurs (Butter Cakes) are peaceful themselves. They won’t attack you unless you stab them with your pickaxe or do something worse. And if you still want to kill one, they drop a piece of meat that will heal 50 health points. 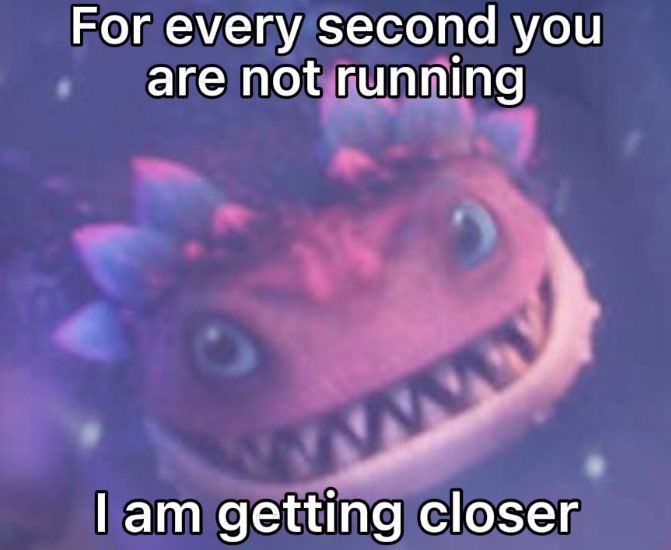