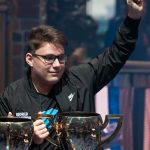 A conflict happened between the 2019 Fortnite World Champion, Aqua, and a FaZe Clan member, Mongraal. These players were in a competitive duo back in 2020, participating in Contender Cash Cups and other tournaments, before falling apart. However, seems like these two still have a hard relationship.

On September 14, Aqua was just chatting with his friends about Fortnite and everything that is related to it. Once someone mentioned Mongraal, Aqua insulted his previous Fortnite teammate by saying something not really friendly behind his back:

Clip going around of Fortnite Pro Aqua crap talking FaZe Mongraal calling him sh*t and then asking the people streaming to delete the clips and restart stream after realizing he said it live pic.twitter.com/nSexgXkNeg

One of the people that were there said that there’s a live stream going on, which quickly changed Aqua’s temper. Aqua asked to restart the stream, but once something gets on the Internet, it stays there forever. The clip of him saying those words is already viral, which even lead to Mongraal himself commenting on the situation: 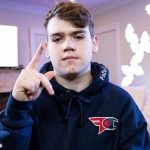 After a short while, he also spoke out about all the bad things that were and are around him in the pro Fortnite scene:

That video perfectly describes the community. ITS ALWAYS behind your back in a friend group, NEVER to you directly in call. I havent been in a friend group for over 3 months because its all the same shit. “Delete clips turn of stream” of course

Fortnite players Chapix and JannisZ, who were also together in the same lobby with Aqua when he insulted Mongraal, have also argued on Twitter, saying that “its business not friendship or anything”:

the fortnite community has always been like this, everyone shit talks eachother and when they r in the samecall they act friendly like who cares. we are all trying to play this game to earn money its business not friendship or anything