Many months ago wager matches were distributed on Fortnite streams on YouTube and Twitch. Wager matches are 1v1 or 2v2 games for money. Usually, mini-games like this were played in Creative, in Box Fight game mode, realistics or Zone Wars. The point of the game was easy – the participants made bets and decided the amount of rounds that will be played. On the match result the winner gets the money, which was in the improvised prize fund. Some even went so far that they started collecting money from their viewers. But Epic Games didn’t like this, so they quickly came up with a punishment, removing the author’s Creator Code.

And then, after several months of silence, the situation repeated – a large amount of pro players started to make wager matches again, and organize 1v1 or 2v2 cash tournaments. Epic Games also didn’t like this. Wager games were prohibited in Fortnite and for that you could lose your Creator Code, but now Epic Games are scaring people with a possible ban. 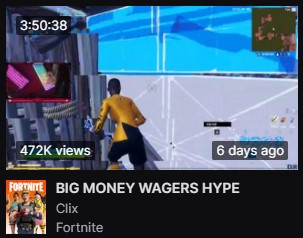 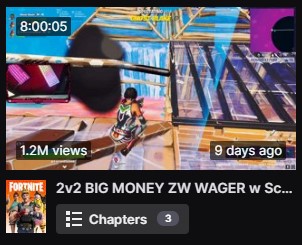 That’s how Clix was punished for participating in wager matches. On March 25, Epic Games sent him a stern warning, on which the 16 y.o. streamer could not participate in those wager matches anymore. Regardless of how big the bet is, everything is now prohibited.

Also won’t be able to play arena with the amount of fucking stream snipers I have so will be starting to play Arena Box Fights!!!!!! orrr green vs purple go goated!

Clix could just ignore the message, but his account would just get banned. He also asks to spread this information to other players.