A set of equipment is now available not only in the Fortnite in-game store – Marshmello has released a series of clothes with the symbolism of the game for such rare reality lovers!

As Marshmello explains, the release of this clothing foreshadows his upcoming concert in Pleasant Park (February 2 at 10:00 pm, if anyone has forgotten) and marks a collaboration with Fortnite.

For the most part, in the store Marshmello appeared hudie more expensive than $ 36 and T-shirts, not exceeding the cost of $ 30.

Well, if you don’t want to pay off money for merch, now there are trials of the Showtime Challenges, as a reward for performing which you can get a cool pickaxe and emotion. 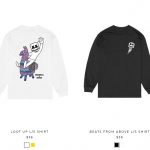 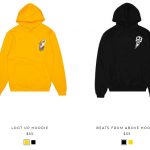 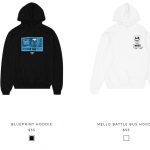