Destroy target dummies with IO weapons is the Fortnite Season 17 Week 12 Legendary Challenge. We have already killed and damaged enemies so many times that target training was somehow late with an instructive mission. But since there is a quest, we go to spend the ammo.

First, let’s find the IO weapon. It can be obtained from ordinary chests or from the IO chests (IO guards) that are already in 8 locations. 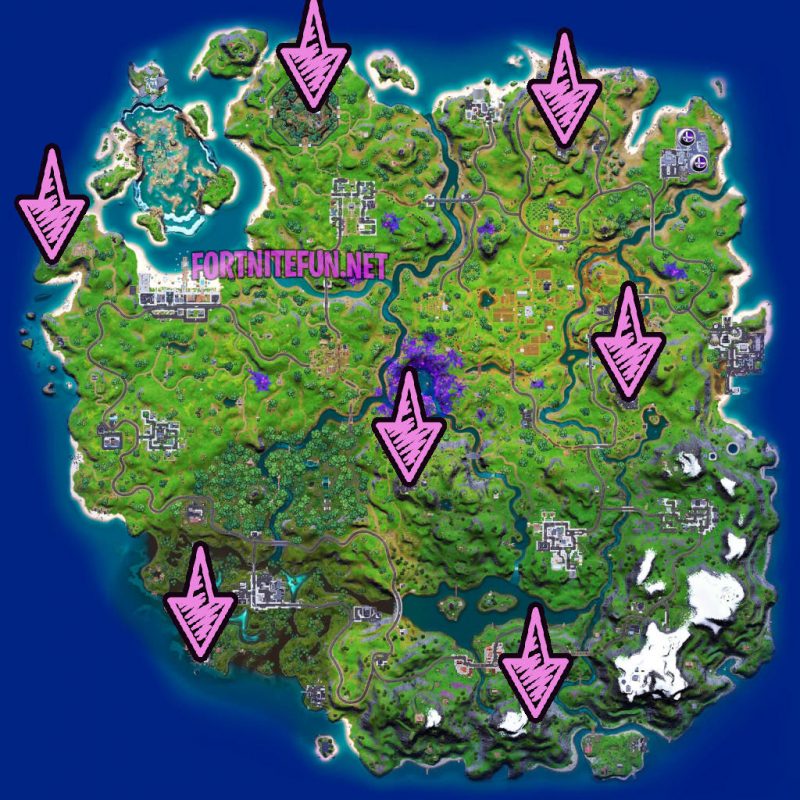 The IO weapons include a rail gun, a pulse rifle, and a plasma cannon. It is this weapon that you need to look for, so be patient, it does not always fall out even from IO chests.

Target dummies that need to be destroyed are not everywhere. The best locations for completing are the Slurpy Swamp, since there is an IO Dish nearby, and the Risky Reels, since you can rarely meet enemies there. I advise you to land at the Dampy Dish to accurately find the necessary IO weapons, and then move to the targets. Targets in the lowland are located near the location, which means there will be little demand for them.

And if you chose the Risky Reels, then get ready to search the chests. Since the rail cannon can also fall out of ordinary chests, you can get lucky right at the location, but this is more of a fallback option. After searching chests, go to the points marked on the map. There are Target dummies in these places that you need to destroy. I note that you must shoot at the target from the IO weapon, otherwise the ‘Destroy target dummies with IO weapon’ quest will not be counted.