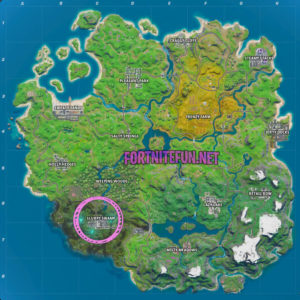 Slurpy Swamp is a new location, the main object of which is the factory for the production of the well-known Slurp nectar. This extended area is located in cells B6, 7 – C6, 7, south of Weeping woods. Another nearby attraction is the Hydro Station 16.

At the Slurpy Swamp location, barrels and tanks are located in large numbers. Having broken that, you can restore both health and the character’s shield. Nearby rivers also abound with nectar, caused by an oversupply of production. And, despite the industrial nature of the region, it is unlikely to leave any adventurer indifferent.

If you look closely, the Slurpy Swamp location of the nectar lowland has a huge territory, on which there is enough loot and shields. The first is, as usual, located in rooms and sometimes in open locations, such as the nearby nectar swamp.