Fortnite Chapter 2 Season 3 is almost over, and week 10 of challenges will most likely be the last week of the season as usual. Epic Games don’t seem change the count of weeks without delaying the season’s ending, and I hope this season won’t be extended.

Search chests at the Authority

The Authority is a location added with the start of Season 3. It’s located in the center of the map, so you shouldn’t have any problems with finding it. The location’s main feature is that it’s really dangerous: besides a lot of players, you’ll also find tons of Henchmen and even Jules the boss there. If you manage to eliminate all the enemies and survive, you’ll get a lot of loot, her Drum SMG and Glider Gun, but the chance of getting killed there is really high. This way the best option for completing this challenge is doing it in Team Rumble because the bots and the boss won’t spawn. 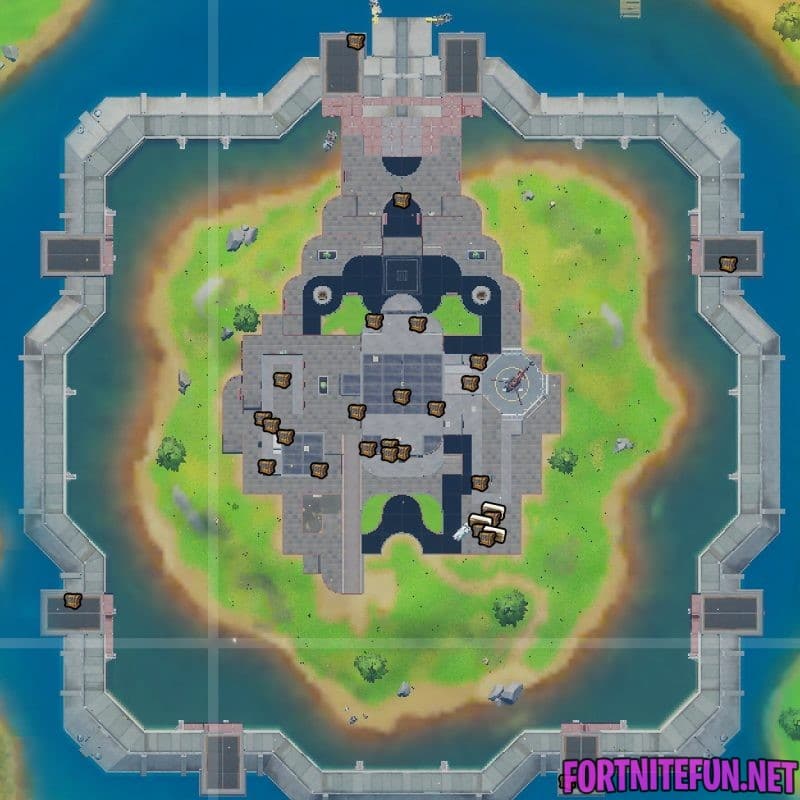 You need to find and loot 7 chests.

I don’t think this challenge can be even more clear and easy. Just land at Misty Meadows, search for some enemies and eliminate them. This location is not the most popular one, but now a lot of players will probably try to complete the challenge and land there, so don’t miss your chance to complete it.

You need to eliminate 3 enemies.

If you need to set something on fire, fireflies surely will help you. They are not as effective as a flare gun, but you always know where to find them, so theoretically you can even completely fill your inventory with firefly jars. 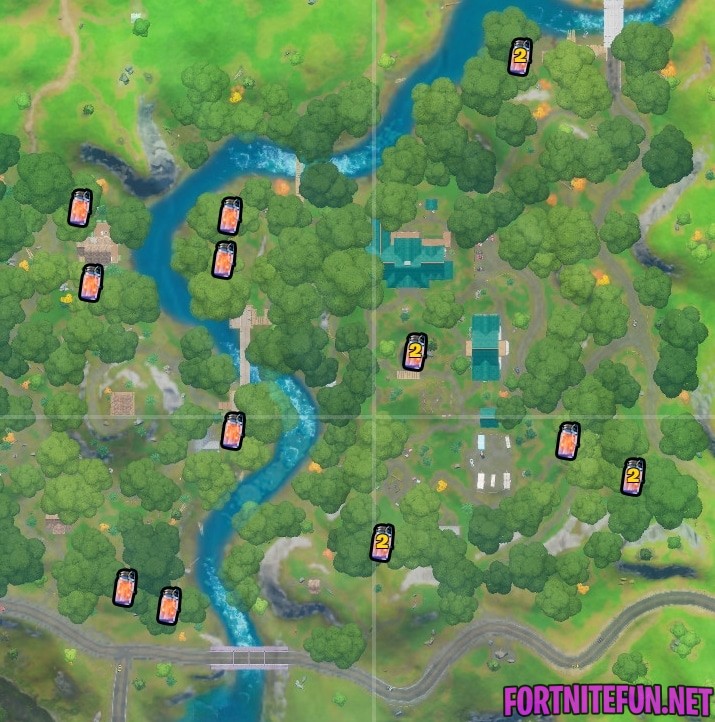 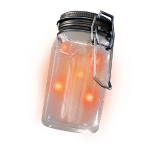 To collect a jar of fireflies, just come closer to the flying fireflies and press the interaction button. It will be easier if it’s night.

You need to collect 5 firefly jars, which can be done during one game, if you don’t meet a lot of enemies.

Dance on the Apres Ski dance floor for 10 seconds

Week 10 has some easy challenges, and this one surely is easy. The Apres Ski is located in the southern part of the map on a mountain. Just go inside, step on the dance floor and use any emote for 10 seconds to complete the challenge. 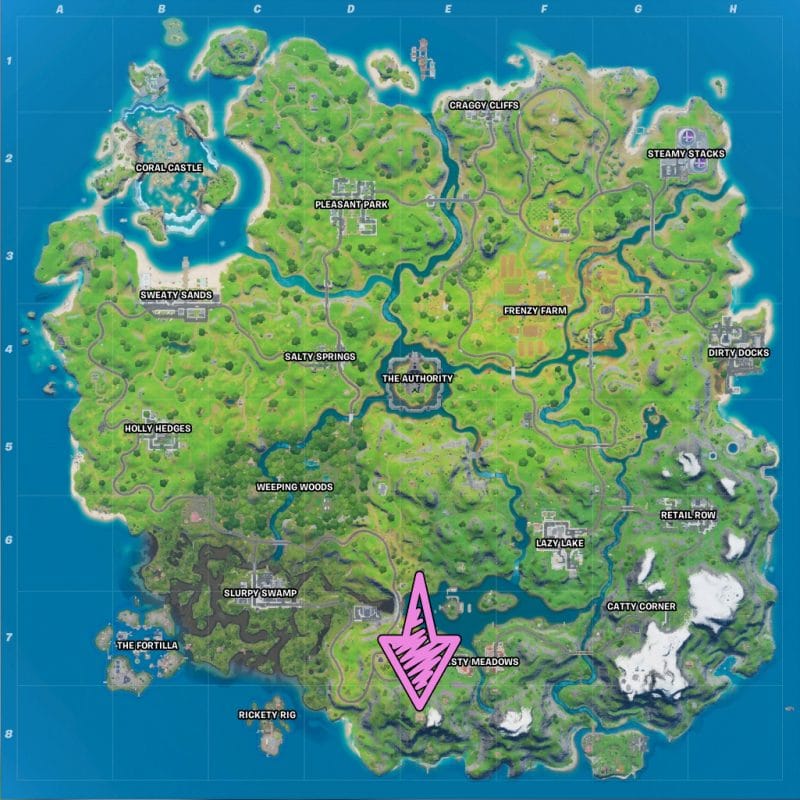 Remember the last time you landed at Dirty Docks? I personally don’t go there at all, Now there’s an opportunity to go there at least once to complete the next challenge. 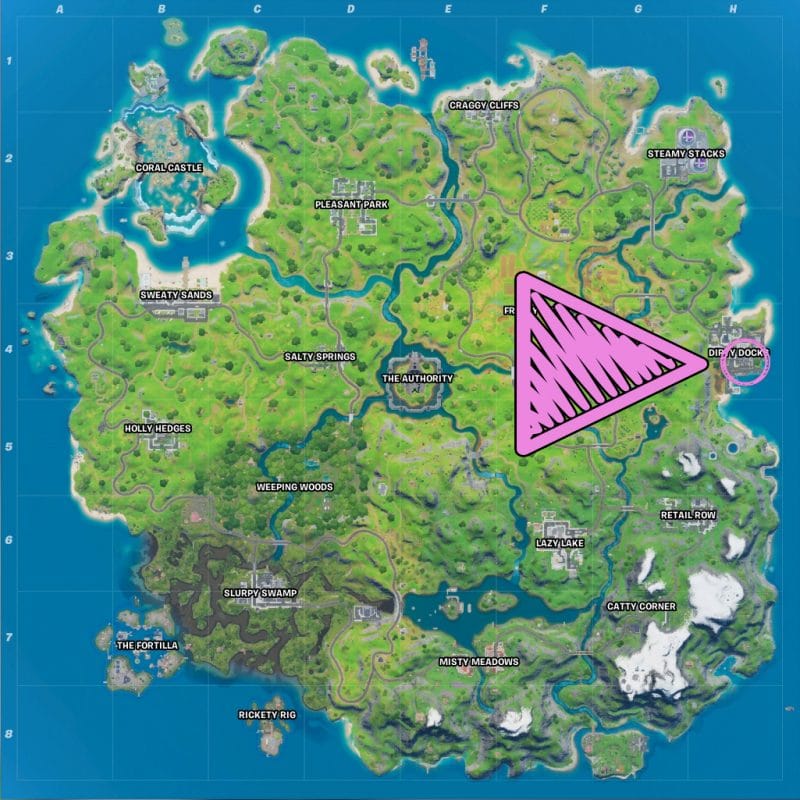 To complete the challenge, you need to destroy 7 containers. They have a lot of HP, so it may take a while to destroy 7 of them. Luckily, there’s also a lot of loot at Dirty Docks, so you shouldn’t have problems with finding a gun to defend yourself against other players. Just be sure not to kill anyone just trying to complete the challenge and get the XP if they don’t want to attack you – it wouldn’t be nice to ruin someone’s game.

Deal damage to opponents with Shotguns or SMGs

Obviously, to complete the challenge you need to deal the damage with certain weapons. These shotguns are the Tactical Shotgun and the Charge Shotgun, while the SMGs are the Submachine Gun and the Supressed Submachine Gun, which can be looted by killing a henchman.

You need to deal 500 damage to enemies.

Deal damage to opponents with Shotguns or SMGs

That’s a lot of damage! This challenge is probably the hardest one of the week 10 of challenges, and it’s the same as the previous one, but you need to deal 30 times more damage, which is 15 000. This one is also recommended completing with a team.