The Chapter 2 Season 8 Battle Pass is already available for all the Fortnite players in the item shop, and lots of players are already using its outfits. And if you don’t understand why the Battle Pass is so popular, let’s look at its contents together.

There’s also a story trailer of the season, which you can find here. 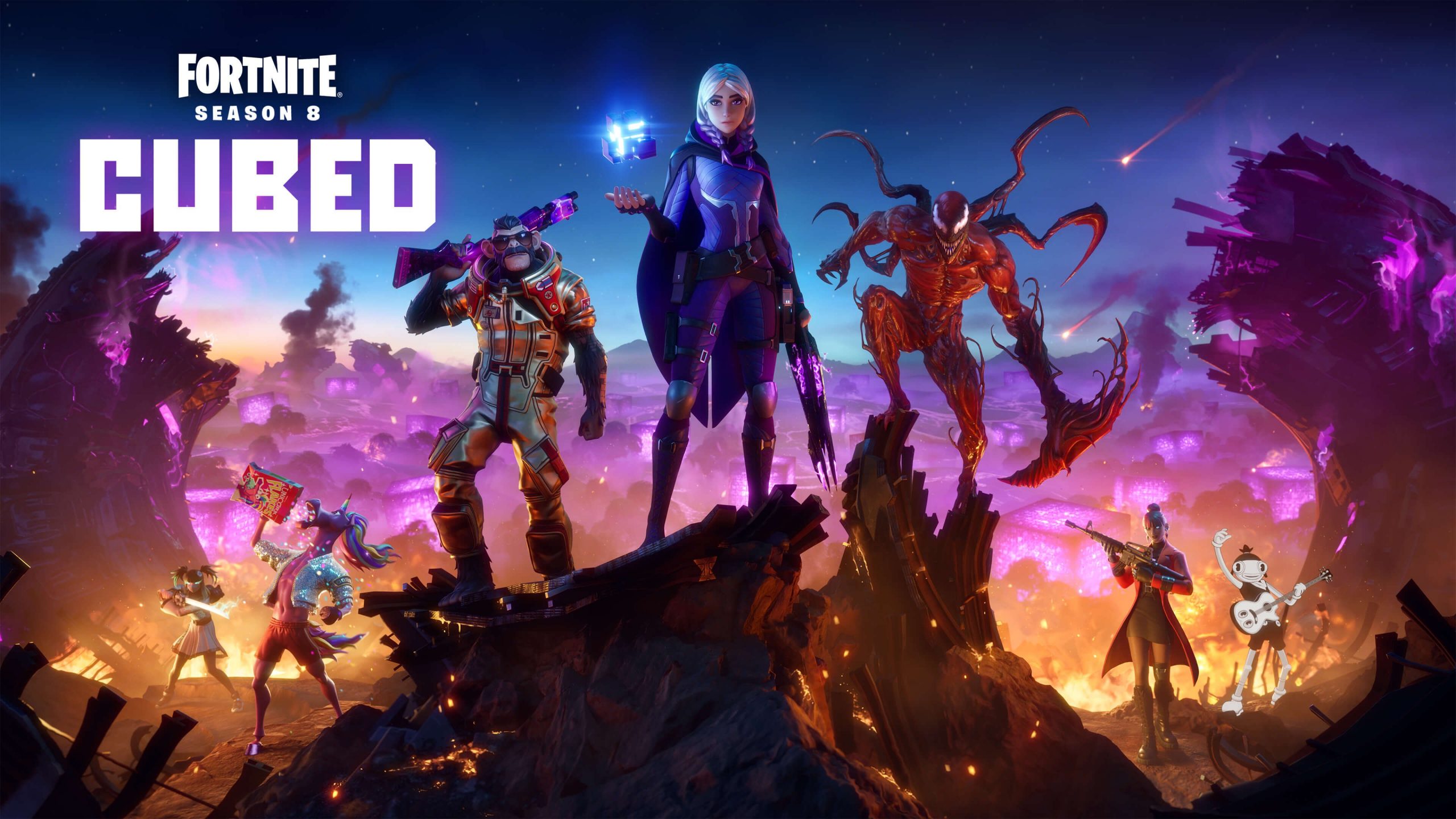 If you’ve been playing Fortnite for more than a season, you already know that the Battle Pass costs 950 V-Bucks. And if you don’t want to level up yourself, you can purchase additional 25 levels for 1850 V-Bucks. 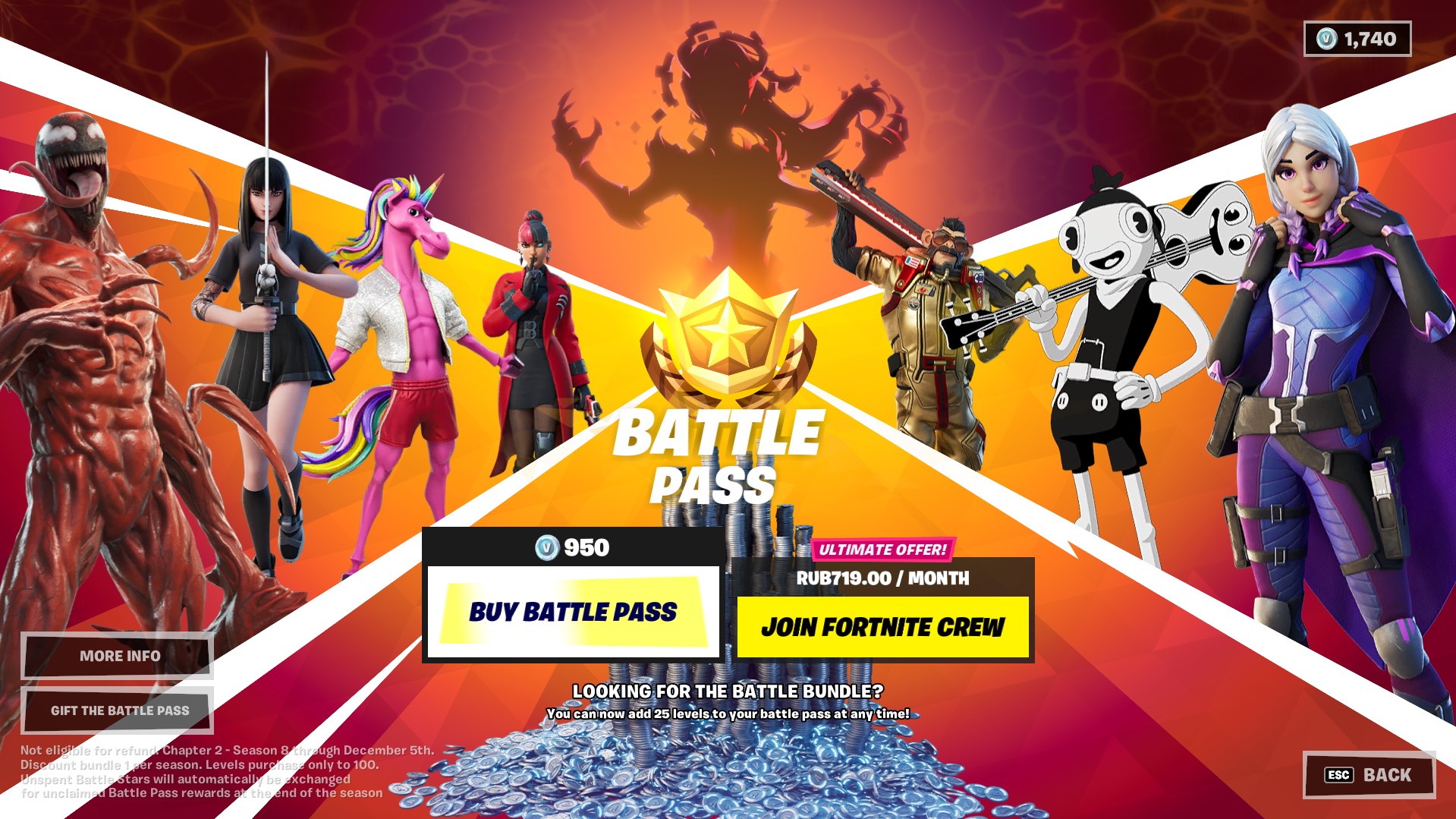 And if you’re a fan of Fortnite Crew, you can purchase the September subscription. It will give you the Current Battle Pass, additional 1000 V-Bucks, and even an outfit with some additional cosmetic items. It’s more expensive than buying 1000 V-Bucks though – you need to pay $11.90 for it, but the amount of rewards makes it pretty profitable. 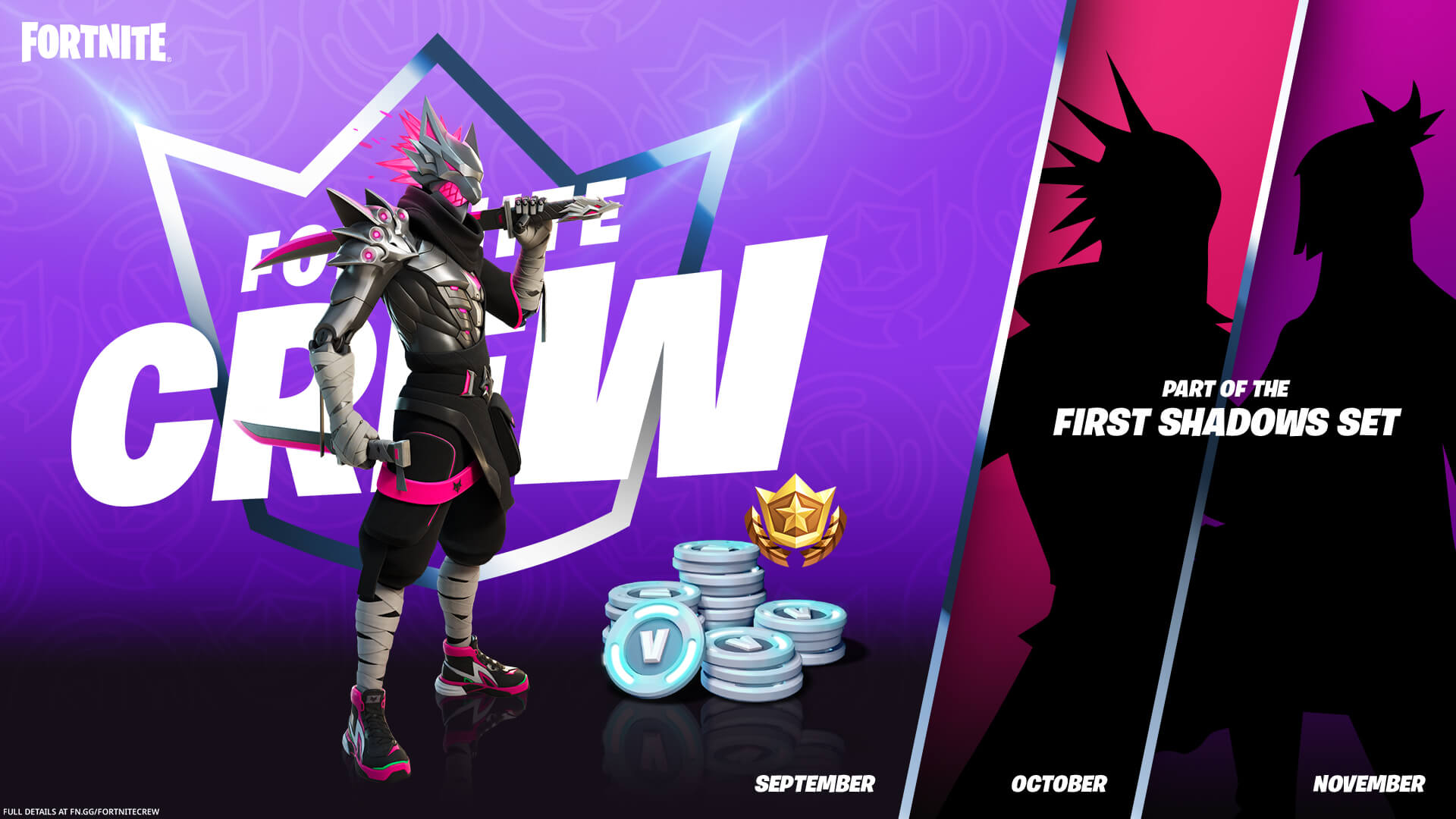 Both the Battle Pass and the subscription are sold only in the in-game shop!

How to gift the Chapter 2 Season 8 Battle Pass

As usual, you can gift the Chapter 2 Season 8 Battle Pass to your friends. The price of such a gift will be around $8.50, so your saved V-Bucks won’t help you here.

To buy or not to buy?

If you’re an active Fortnite player and have enough money or V-Bucks for the Battle Pass, it’s almost a must-have. Here are its benefits:

Usually, secret skins are not that secret and are known at the start of the season. This time, however, we only have a silhouette of this season’s secret skin, which makes it more secret than the previous ones:

The 100th level of a Battle Pass is usually a disappointment for most players. The last time, however, Rick Sanchez was rather popular. We’ll see if Carnage will be as popular, because he is the level 100 reward of this season. But either way, I’m sure Marvel fans would love to add another character to their collection. 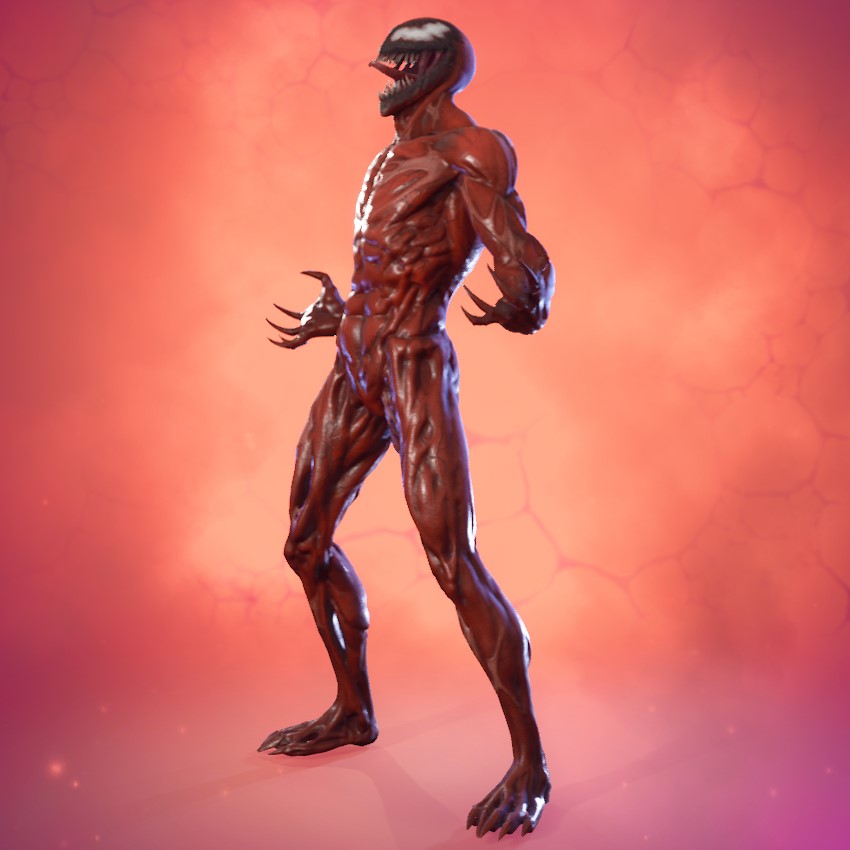 The event of Chapter 2 Season 7 gave us a hint about what’s coming in Season 8 of Fortnite. The Battle Pass, however, almost isn’t related to the season’s theme at all – most skins are made in completely different styles.

There are 8 outfits in this Battle Pass, which is already a tradition. There also are about 70 other cosmetic items. Of course, the outfits are more important, but most players would also like to get some accessories for their new outfit. 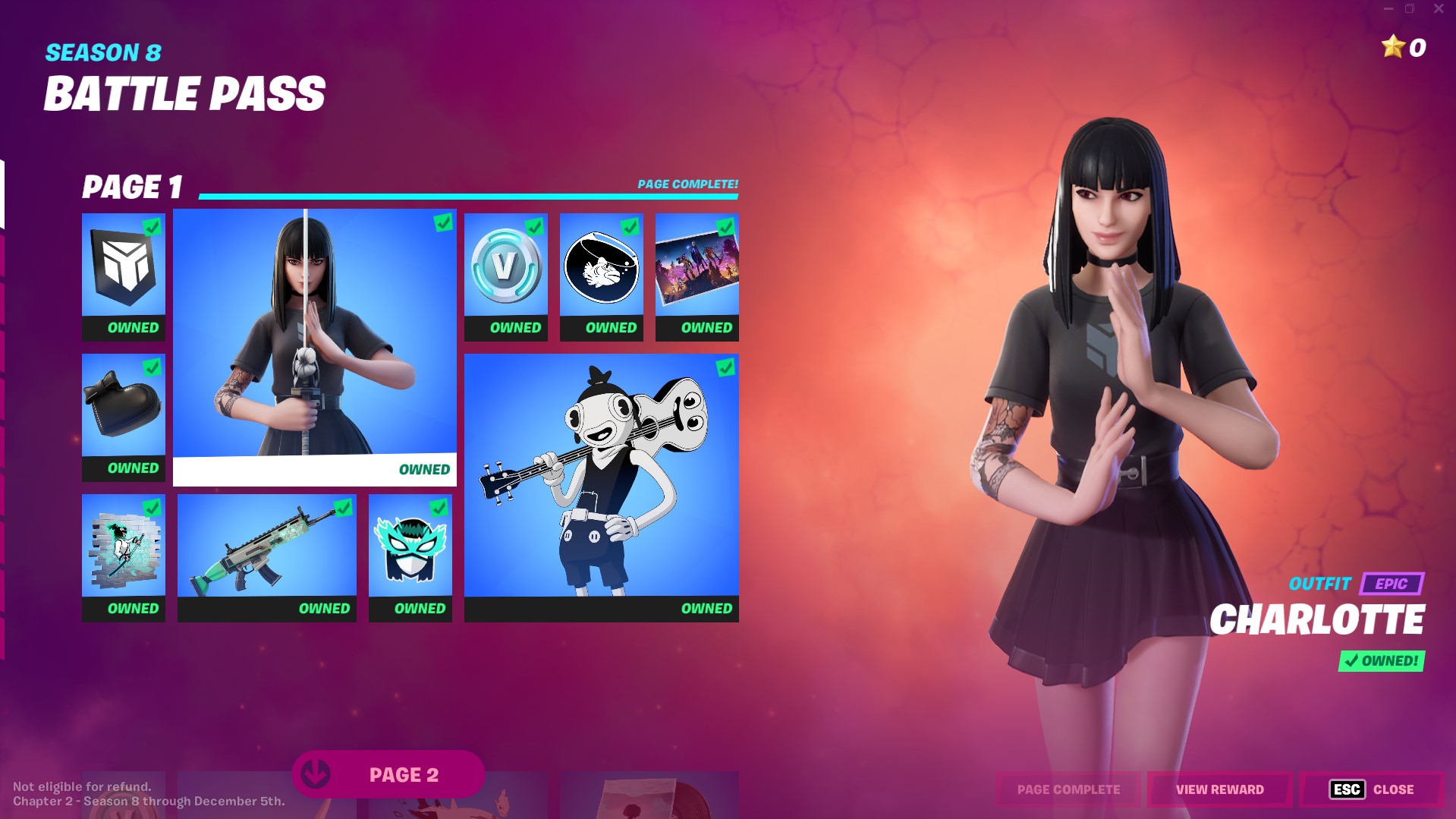 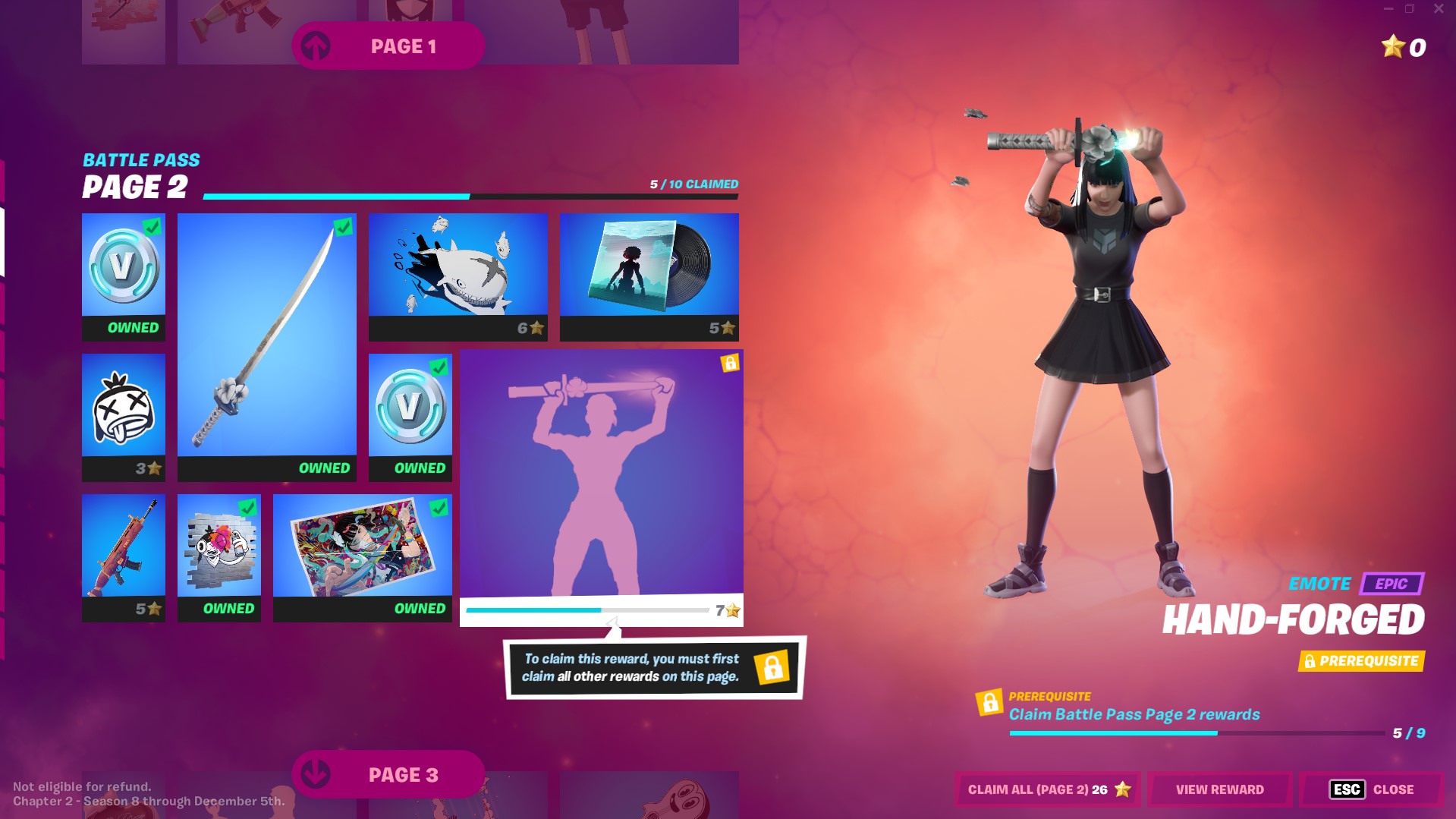 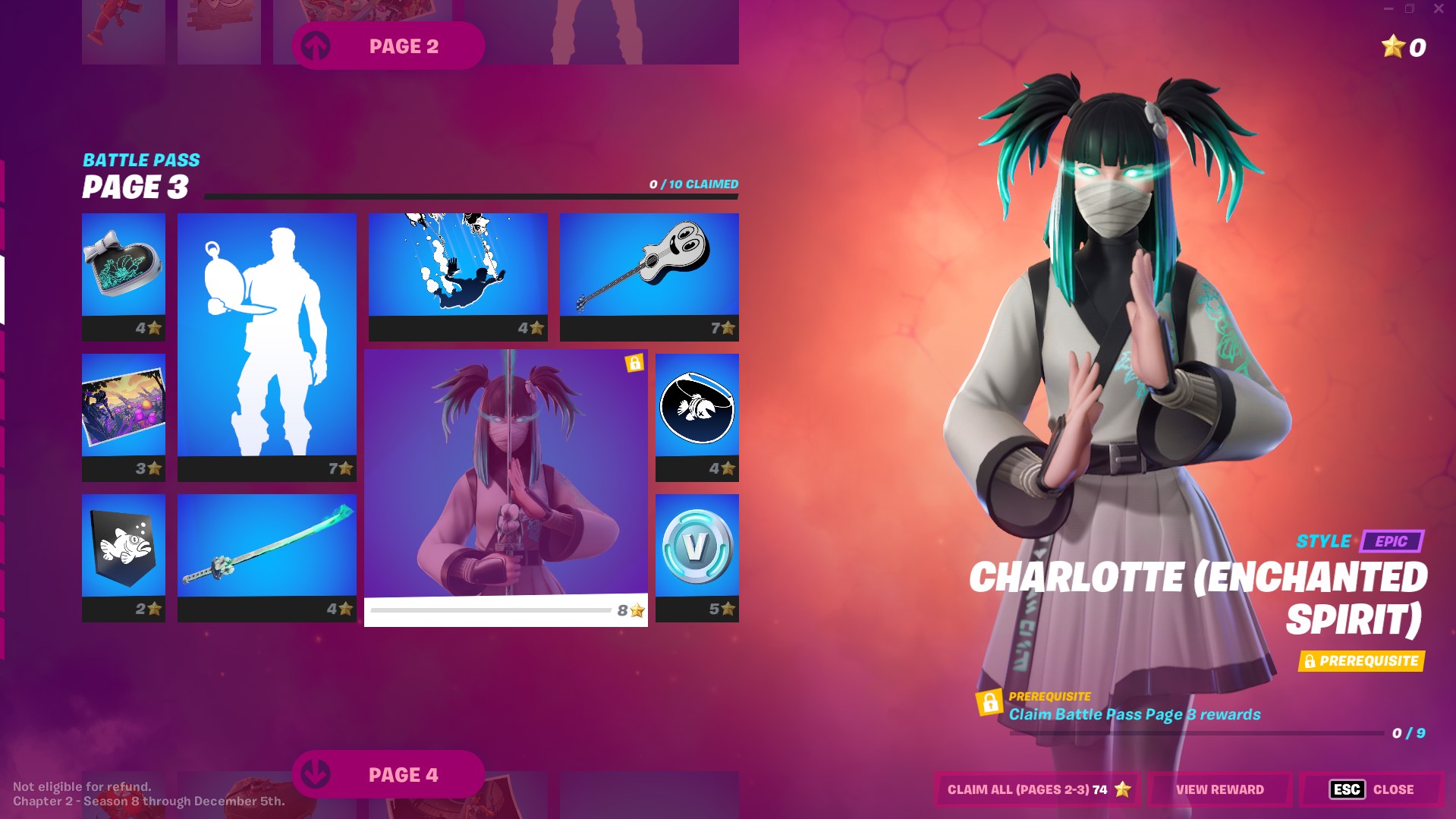 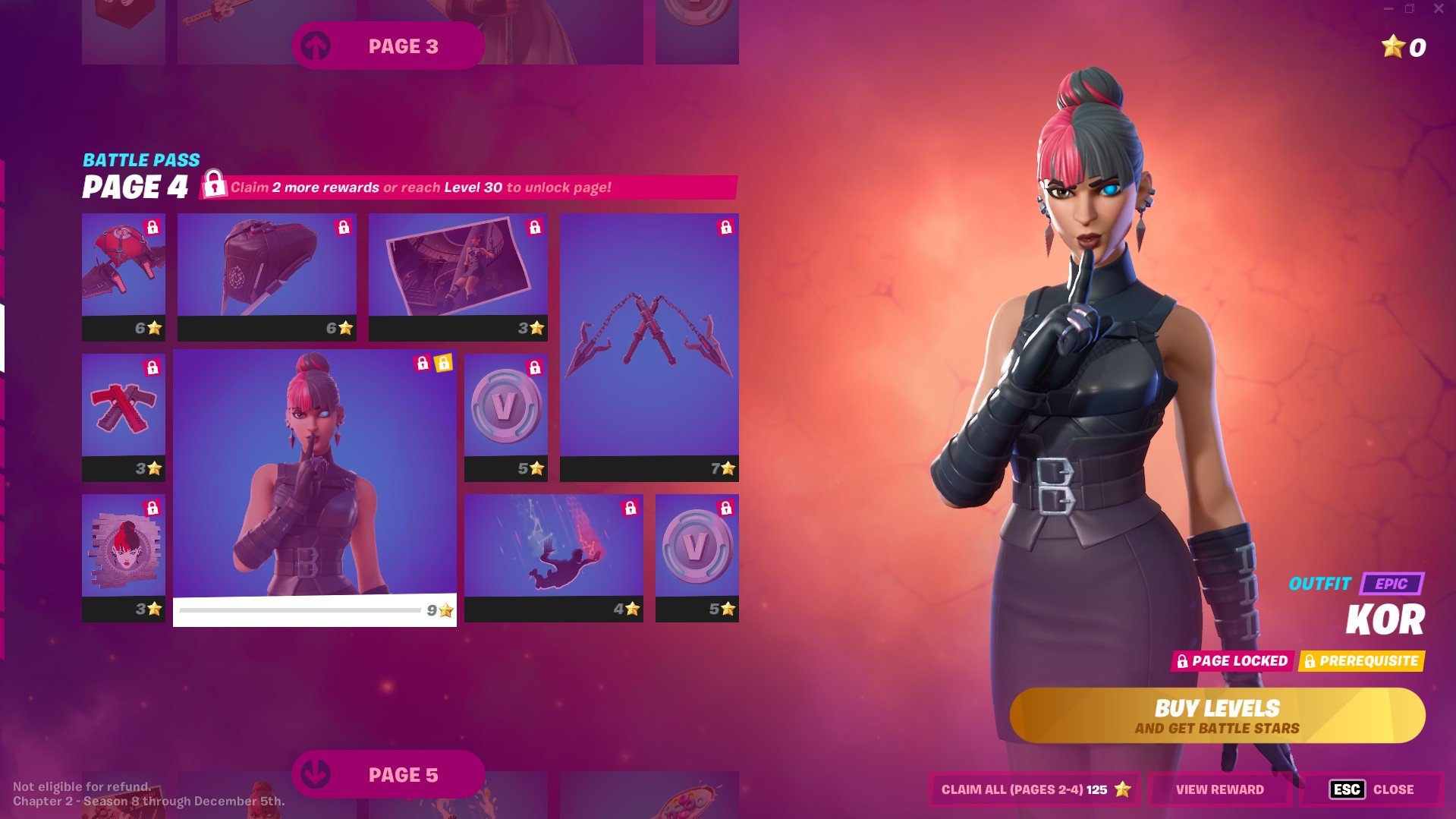 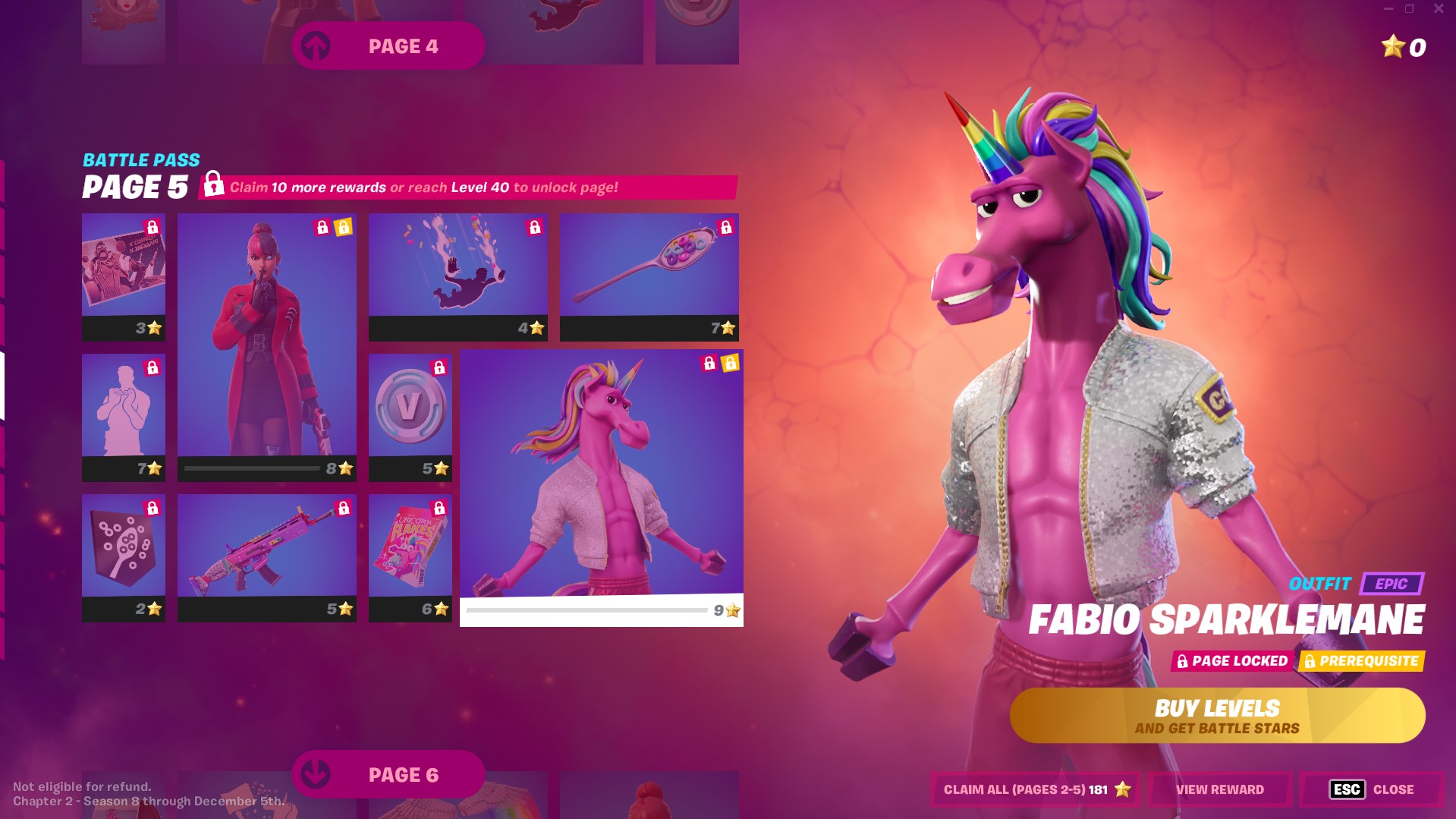 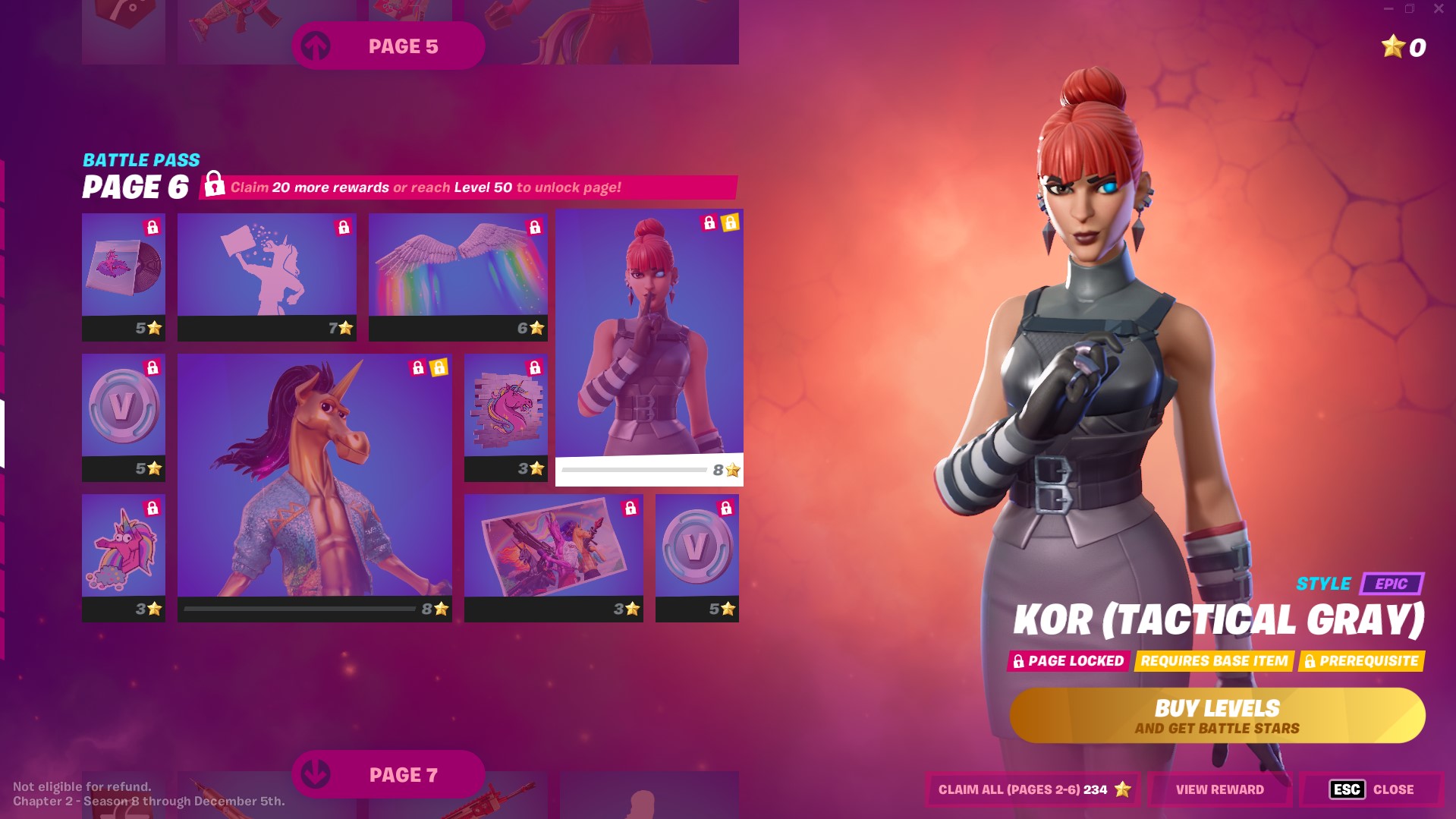 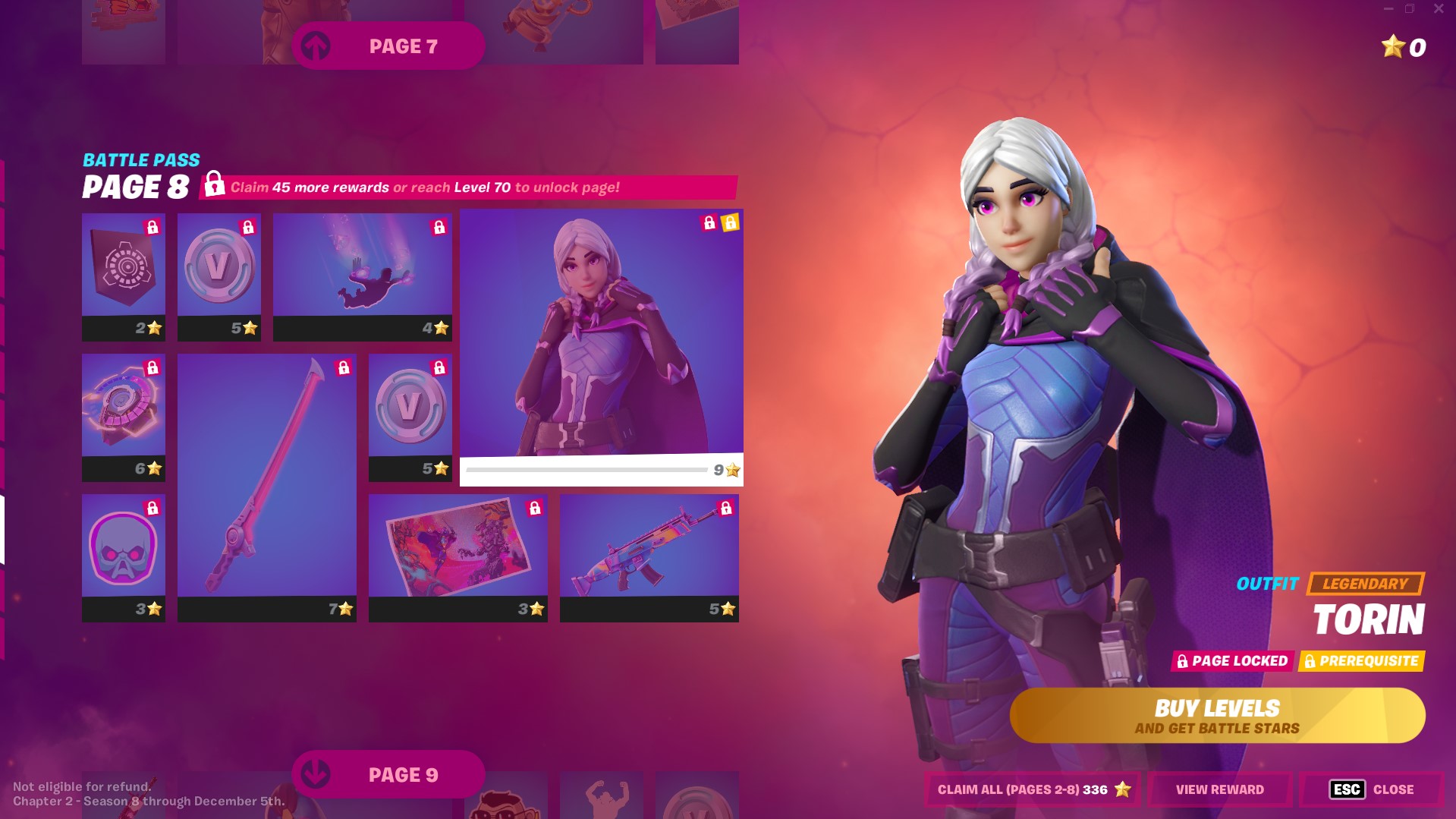 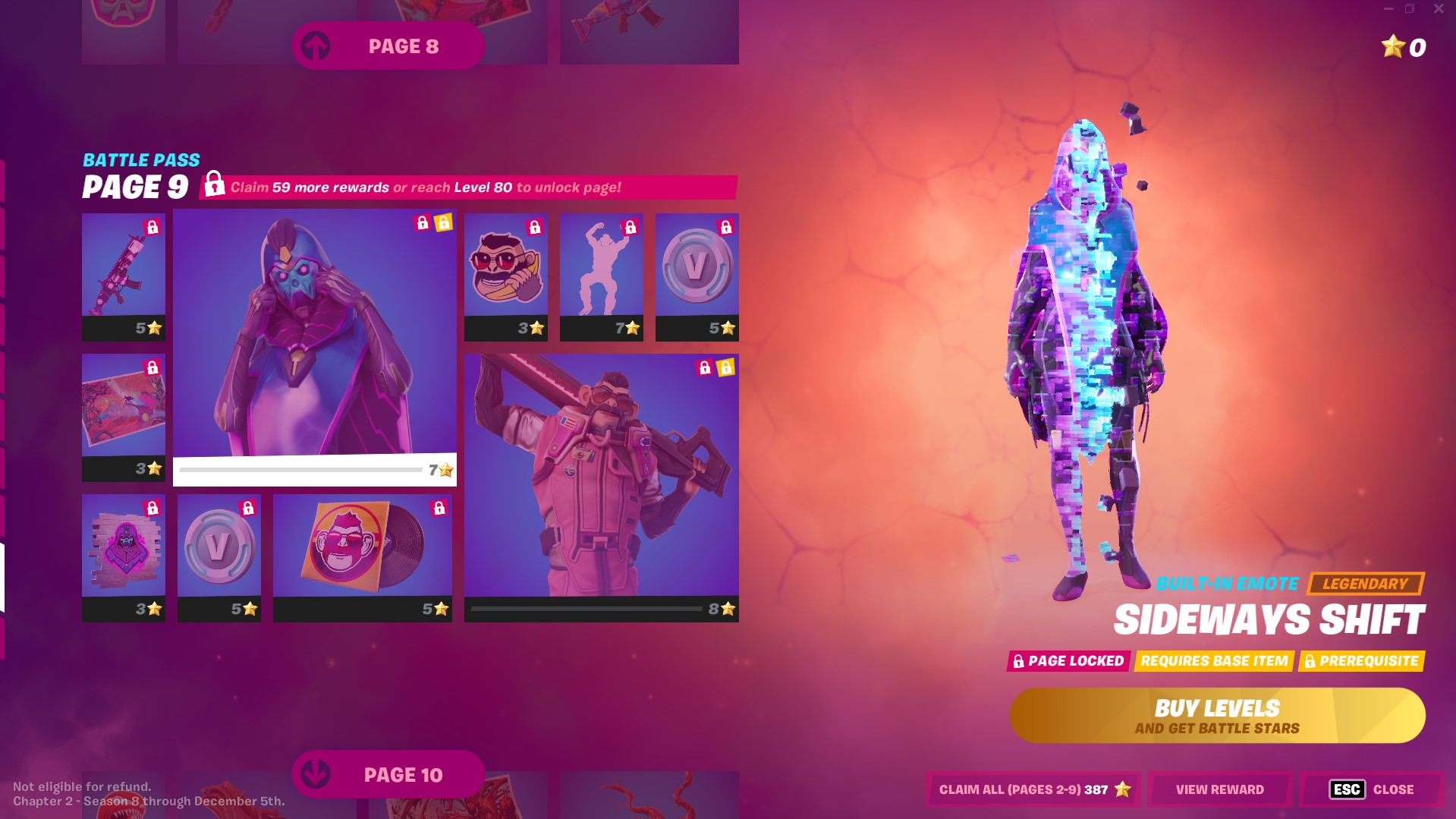 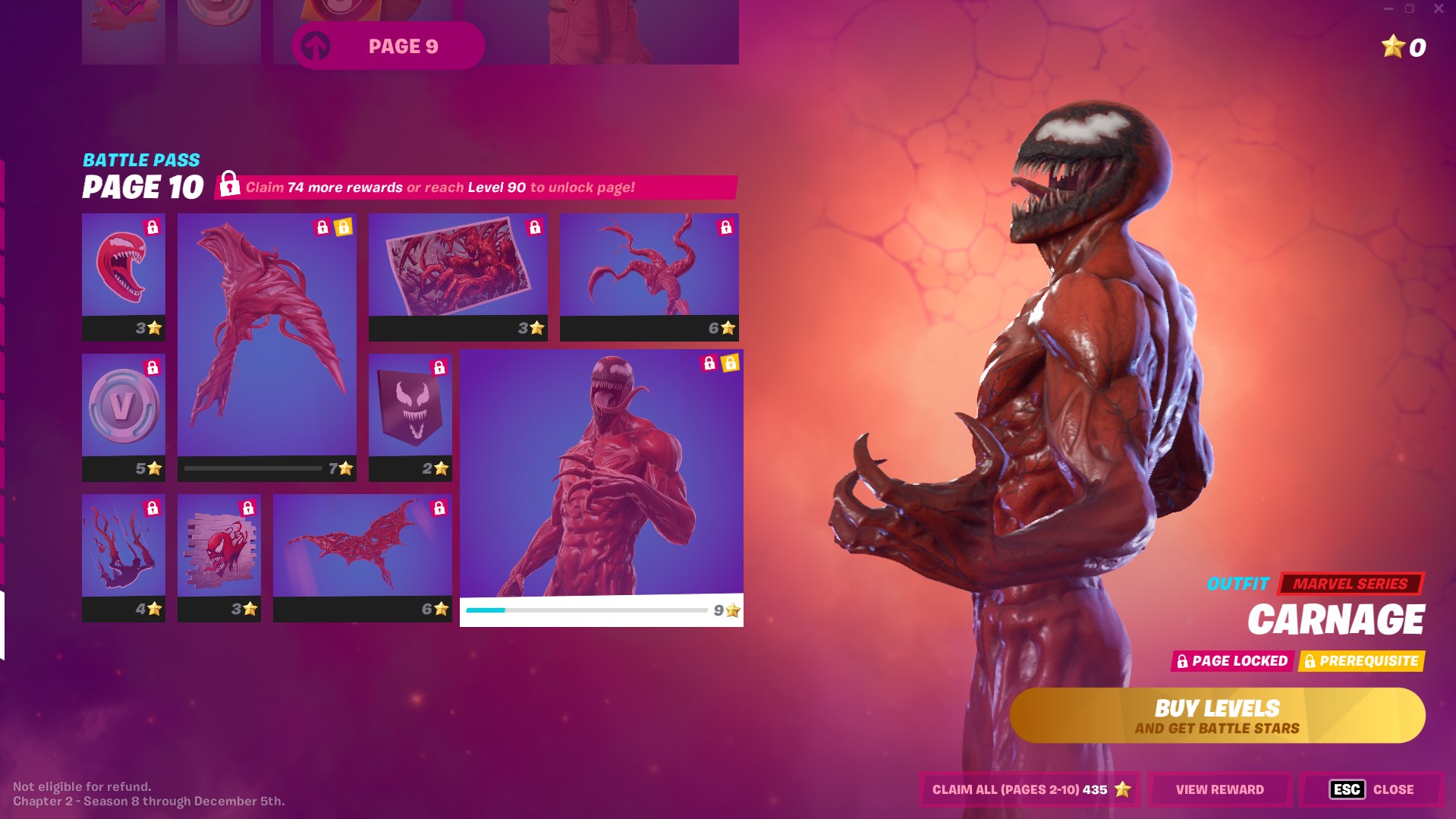 That’s it for the Chapter 2 Season 8 Battle Pass. I personally like it more than the previous one, but we’ll see what the community thinks.