Chapter 2 Season 8 of Fortnite is only a month ahead. The 17.40 update is already here, which means that we should probably have another update by the end of the season, as well as some more story changes. Usually, story changes also change the map and its locations, and data miners already have some information about the map of Fortnite being changed in Chapter 2 Season 8. According to them, the island will get 3 new locations in the upcoming season.

Found something with @tonxim: We might get a Mummy skin in Season 8 (could be scrapped). It matches the theme of a POI coming in Season 8.

The POIs/Landmarks are (there’s most likely more but these are the only ones that got leaked):
– Pyramid
– Cubes
– Crash Site

The first one that HYPEX tells about is the Pyramid. The first part of his post also mentions a Mummy skin, so a Pyramid in Chapter 2 Season 8 is something expected instead of a surprise.

It’s unknown if the Pyramid will look anything like the Pyramid of Cheops, but I’m sure a lot of players would like to see it in Fortnite. 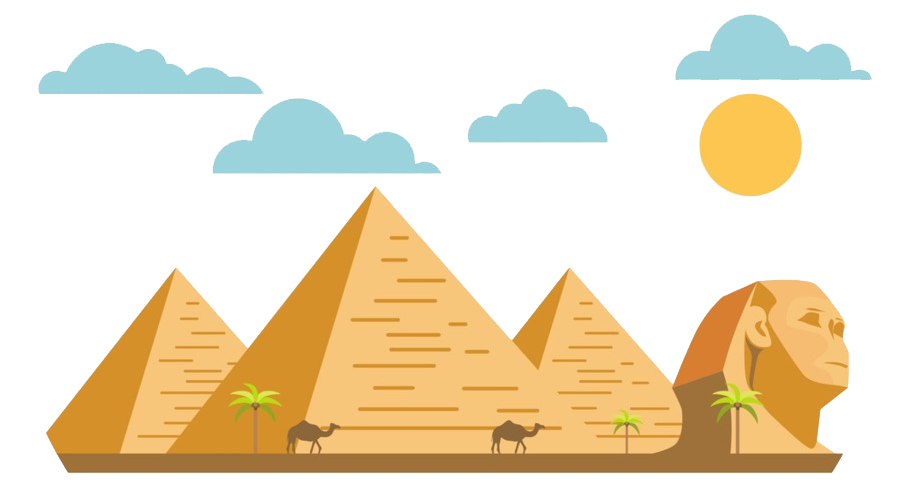 The second location is called Cubes. The name of this location is probably related to Kevin the Cube. Maybe, Kevin will actually appear somewhere on the map by the end of Chapter 2 Season 7 and create a new location in Season 8.

The last location mentioned is called Crash Site. We already have a similar location in Chapter 2 Season 7, but HYPEX is definitely not talking about it. 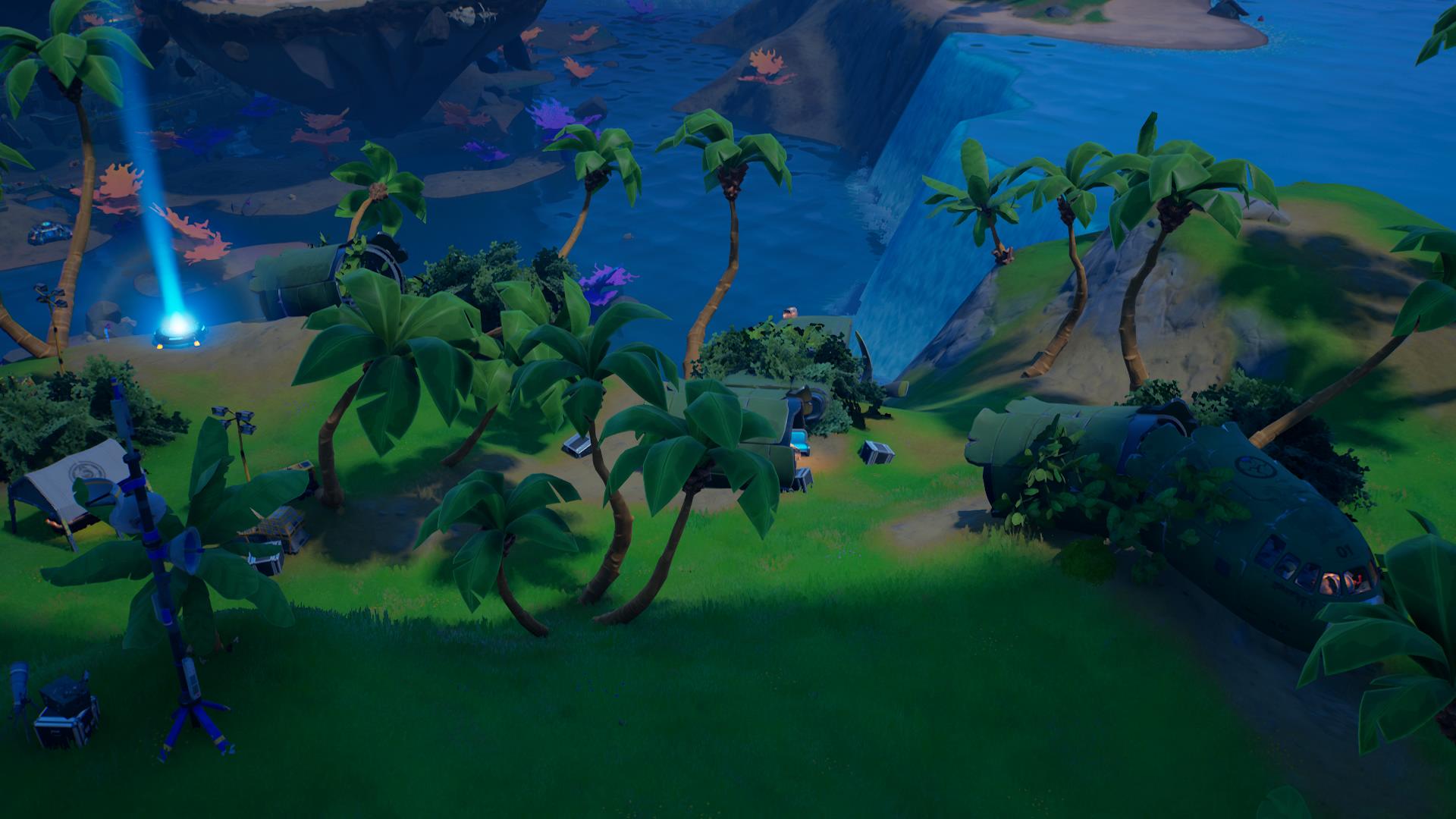 Some community members that discovered the information about the new locations, have already made some concepts for the Chapter 2 Season 8 Fortnite map. Here’s one of the most quality ones: 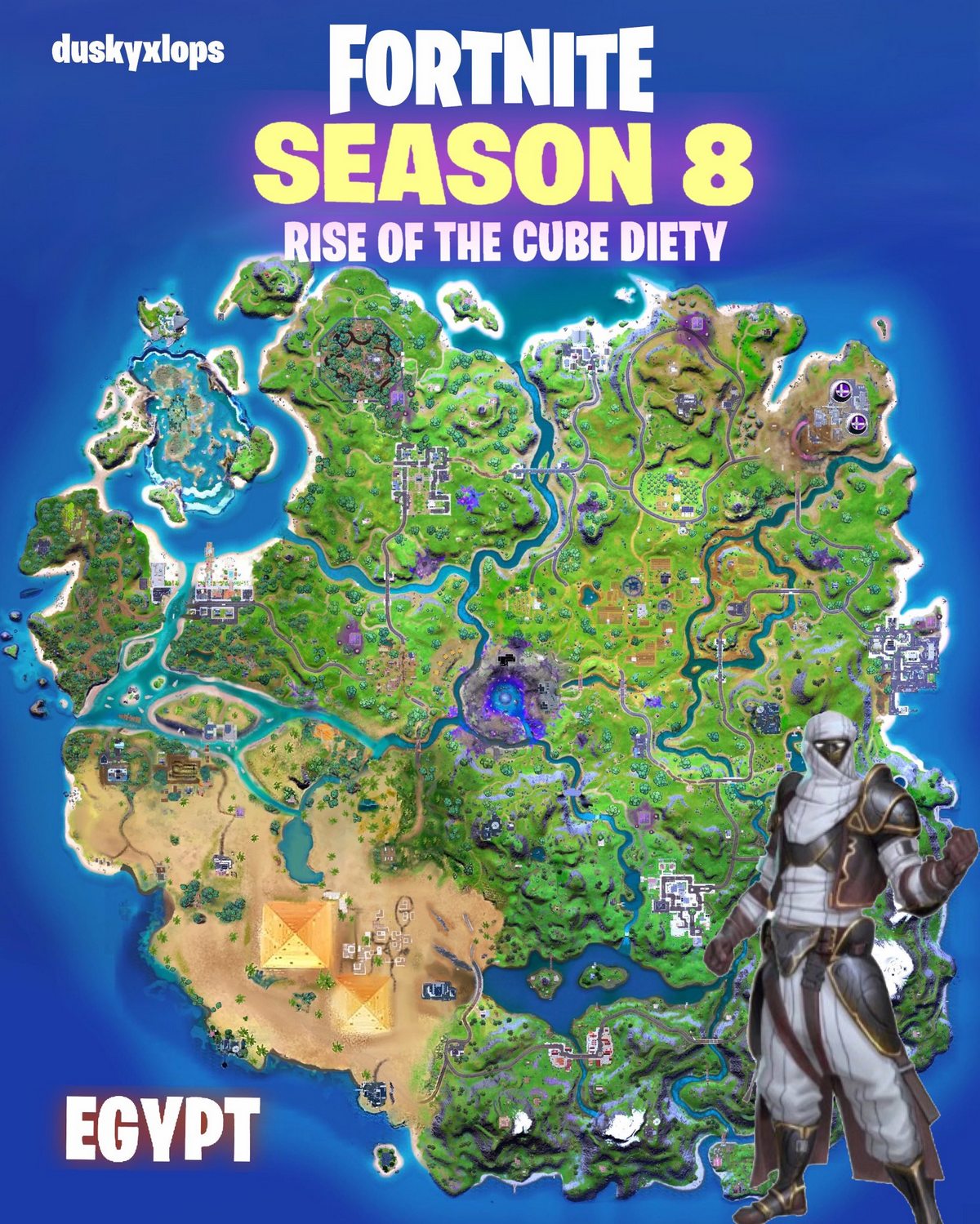