A lot of players didn’t believe that Fortnite Chapter 3 might end this season, especially with a live event like in the end of Chapter 2. Most think that 4 seasons isn’t enough for a Chapter, but Epic Games clearly don’t.

On the final day of FNCS, we saw a teaser of the new chapter and the date for the final Fortnite Chapter 3 live event. The event is called Fracture and will be held on December 3, 21:00 UTC. But be sure to log into the game at least half an hour in advance – you will most likely experience technical problems if you want for too long, and you will only have one chance to see the event.

And here’s the teaser itself: 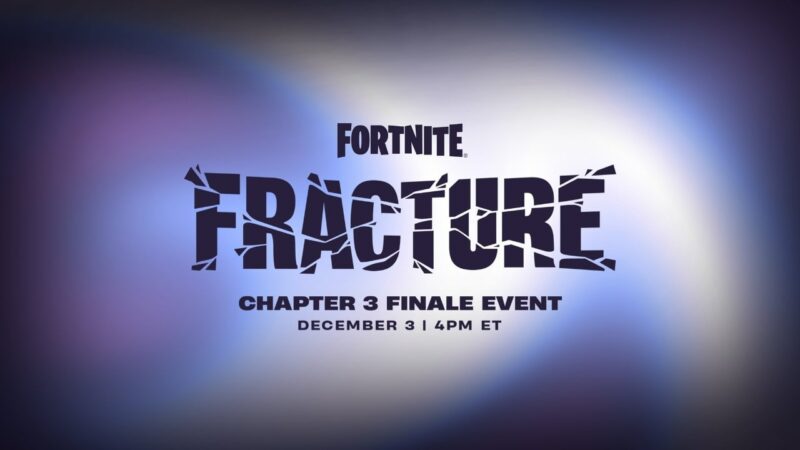 Even though we’re not used to such short chapters, a lot of players don’t like playing on the same map for a long time. Epic Games didn’t make another Chapter with 8-10 seasons and decided to end it now, which makes Chapter 3 the shortest one in the history of Fortnite.