The last season’s final event left a lot of questions about the next season, and now we can finally see all the changes in the game. Of course, the changes include a new Battle Pass in Fortnite Chapter 3 Season 3, which, however, was partially leaked a while ago.

This season also has a story trailer, which can be found here. 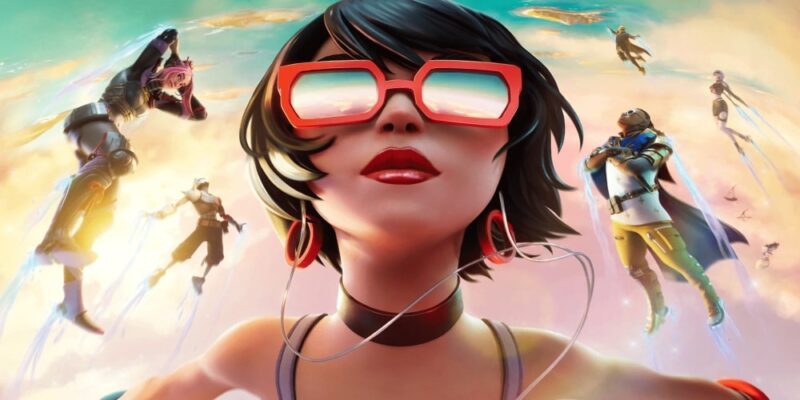 As usual, the Chapter 3 Season 3 Fortnite Battle Pass costs 950 V-Bucks for the basic version. If you have many V-Bucks, you can get additional 25 Battle Pass levels for just 1850 V-Bucks. 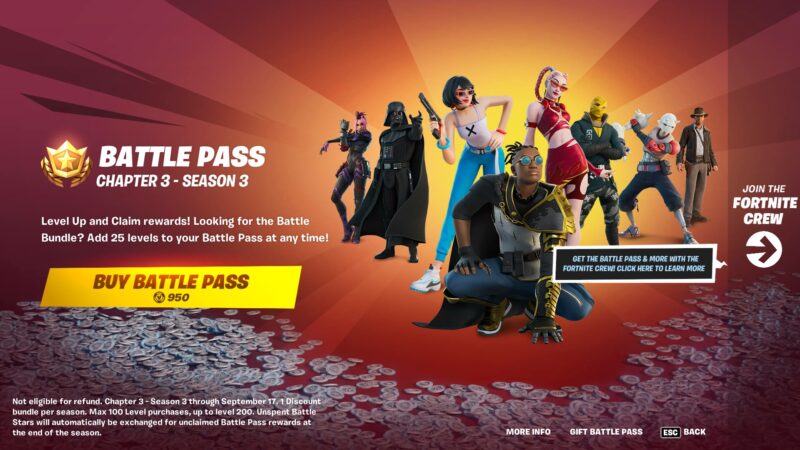 The June Fortnite Crew subscription is already available, and its price is still $11.90. The subscription includes the Mecha Strike Commander outfit, a back bling and a wrap, as well as a Battle Pass and a 1000 V-Bucks. 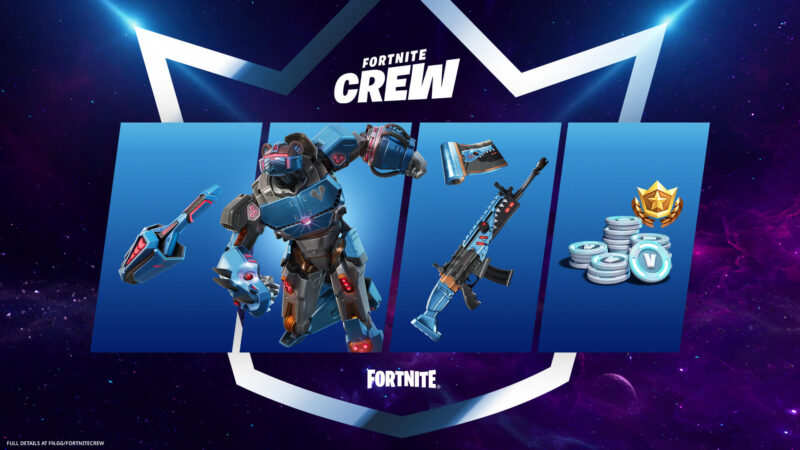 Where to buy Fortnite Battle Pass?

Both the Battle Pass and the subscription are sold only in the in-game shop! Don’t trust any other sources, as they are usually a scam.

How to gift the Chapter 3 Season 3 Battle Pass

Of course, you can also gift the Battle Pass for around $8.50, just as in the past seasons. The gift can only be bought with real money, so your saved V-Bucks won’t help your friends get a Battle Pass.

Is Fortnite Battle Pass worth it?

If you don’t know if the Fortnite Battle Pass is worth buying, there’s a list of advantages below. In short, you can purchase the Battle Pass for just 950 V-Bucks, and if you play an average amount of time through the season, you will get a lot of rewards, as well as enough V-Bucks to purchase the next Battle Pass for free (you can keep buying Battle Passes like this forever).

The season’s secret skin isn’t really a secret anymore – usually, it’s known right at the start of the season. This time, the situation is the same – the secret skin is Indiana Jones:

Just as all the other Battle Pass skins, the secret skin has a bunch of accessories: 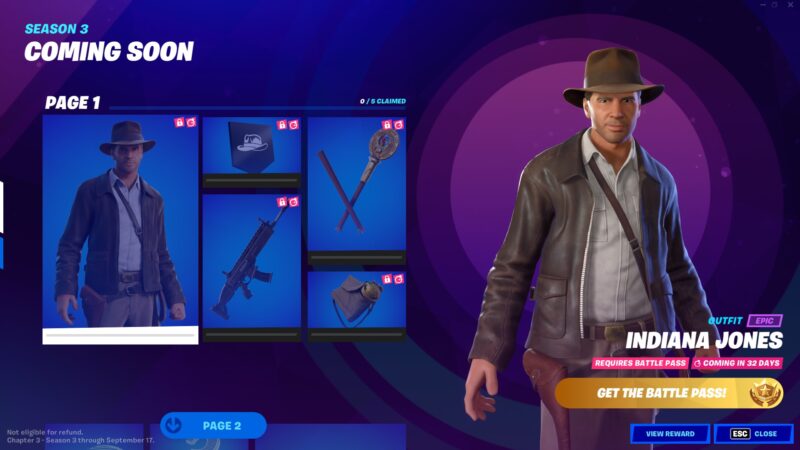 Now, nobody expects the level 100 Battle Pass reward to be related to the season. Usually, it’s just a collaboration skin, like Spider-Man or Doctor Strange. This time, Epic went a little further and added a Star Wars outfit instead of a Marvel one – Darth Vader 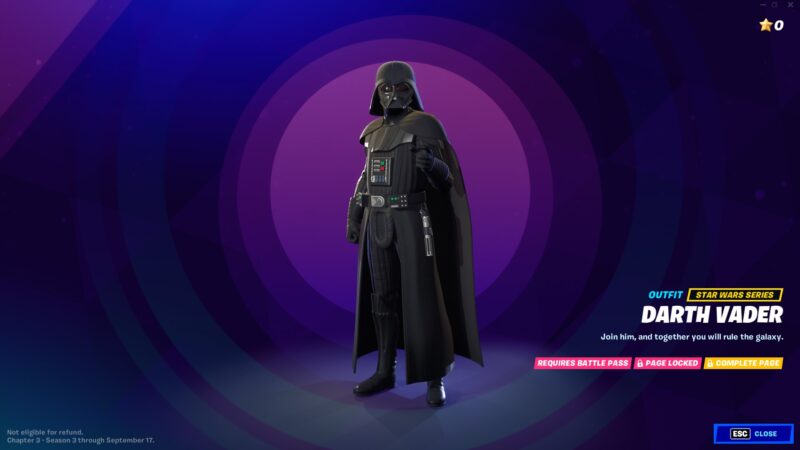 Chapter 3 Season 3 started after a long-awaited live event, but the skins and other rewards on all the Battle Pass pages are barely related to the story of Fortnite, just as usual. You might have already known about that if you’ve seen the leaks.

There are 8 skins in this Fortnite Battle Pass across the 100 levels, and there also are around 70 cosmetic items. There also are some other rewards, such as styles and V-Bucks. 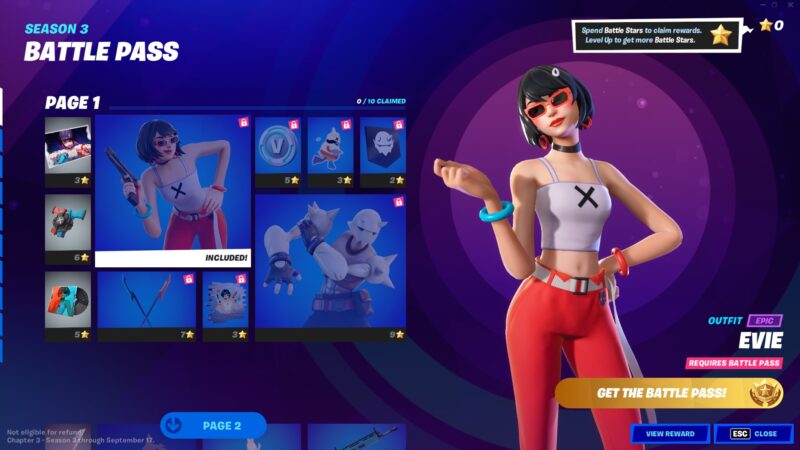 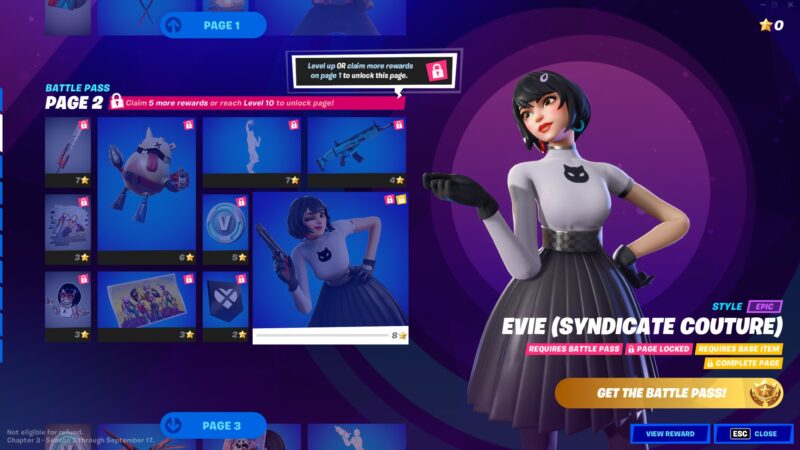 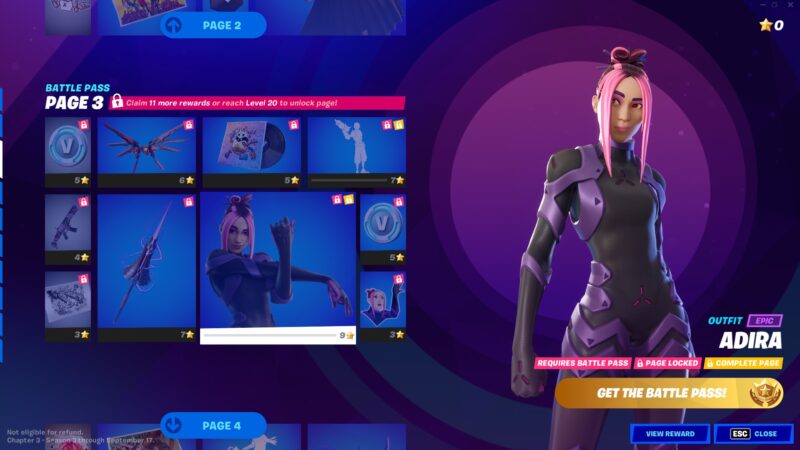 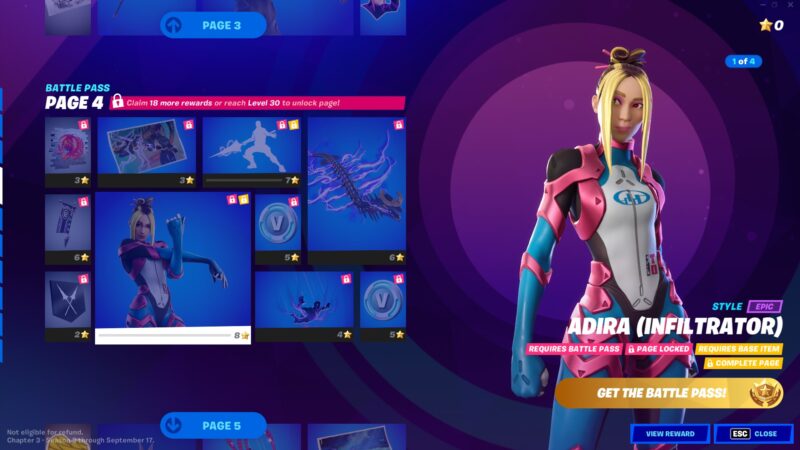 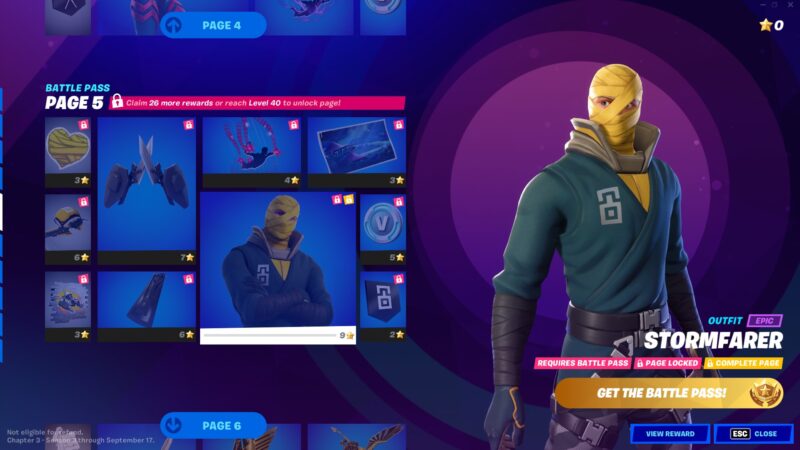 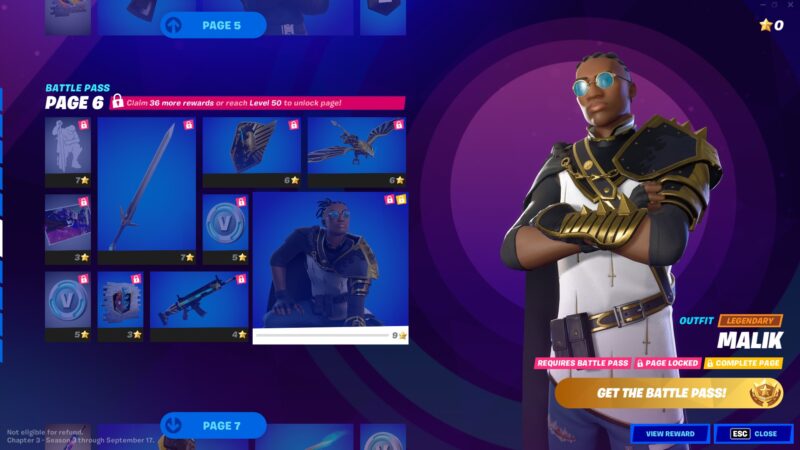 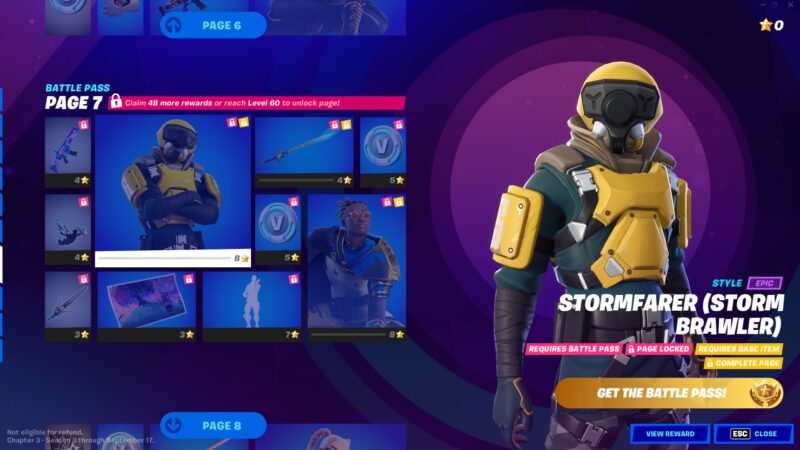 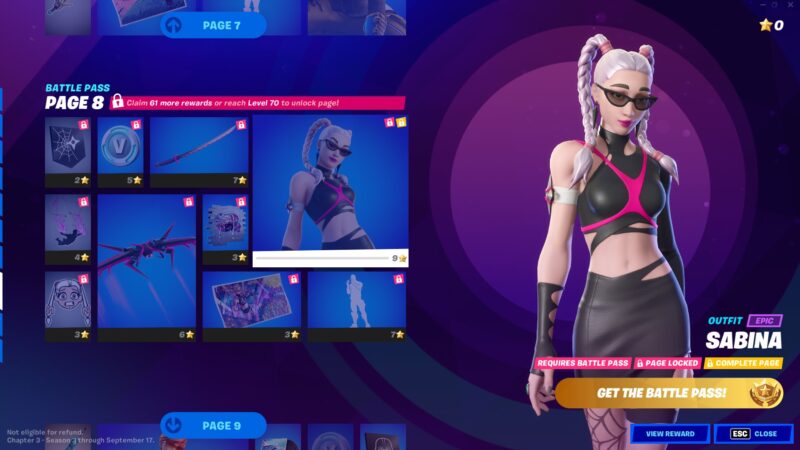 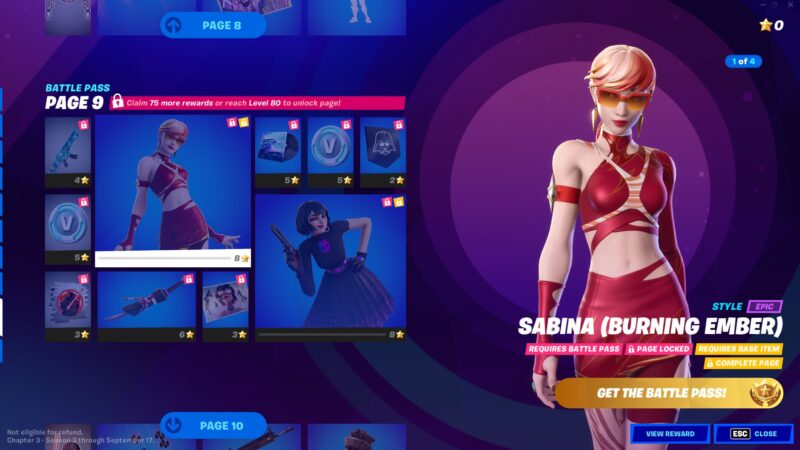 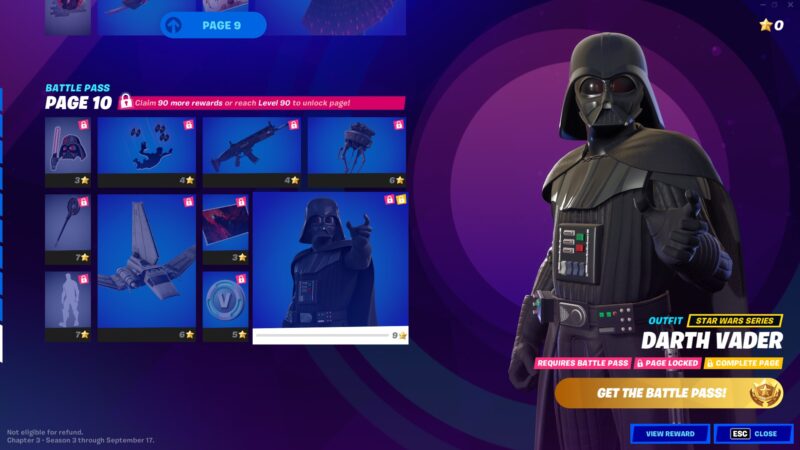