While the spring of 2022 goes on, Fortnite developers start a new event – Lantern Fest. It’s a whole separate event with its own challenges, contest with a whole emoticon and a locker bundle, which we will discuss below.

Soon, the developers will launch new community challenges where you will need to register and probably complete some simple tasks. The prizes for the challenges are unknown for now, but let’s hope that it won’t be another spray or an emoticon. Everyone probably has enough of those already.

The island already has dozens of lanterns, and the developers think you should consider taking some time and take some pictures of them. If you want to participate, enter a replay, find the best view for the best lantern and press the screenshot button. The pictures need to be posted on Twitter with the #Lantography2022 hashtag.

The authors of the best pictures will receive a whole emoticon (don’t confuse with an emote). We don’t know anything about its exclusivity.

If Twitter doesn’t work in your country, you will need to use a VPN if you still want to get the emoticon.

Power Shong is quite a mysterious Fortnite community member. If you don’t know who is Power Shong, the locker bundle won’t probably help you with that (he isn’t related to the Power esports organization). There’s almost no information about him on the Internet, and the things you can find about him aren’t usually relevant. Even the more engaging community members are wondering who he is. 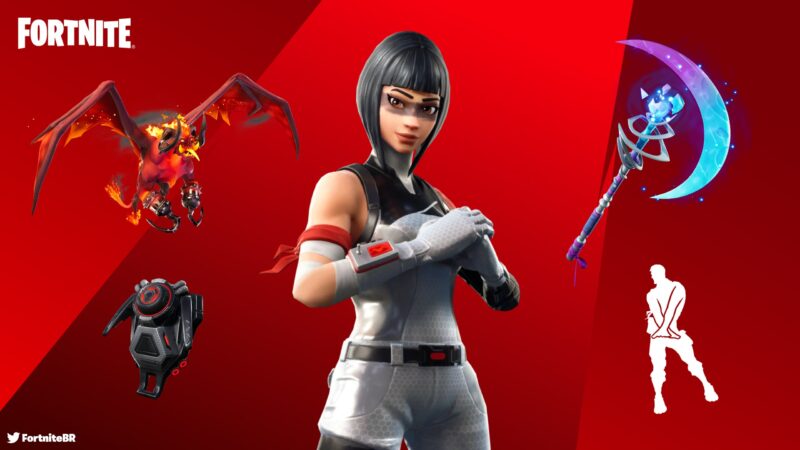 That guy created his own locker bundle, which will become available on April 20.

The bundle will include:

In general, you could say that Lantern Fest 2022 event isn’t as good as some previous Fortnite events. We don’t know anything about the challenges yet, the only prize for the contest is an emoticon, and the author of the locker bundle doesn’t have any information about him on the Internet.