As you know, the Fortnite map is “the main character of the game, or rather not the
map, but the island”. Fortnite Island is a living organism that grows and develops.
During the six seasons, the strangest things happened on it: there was a meteor
shower, and a rocket taking off, and a strange purple cube was rolling around the
map. 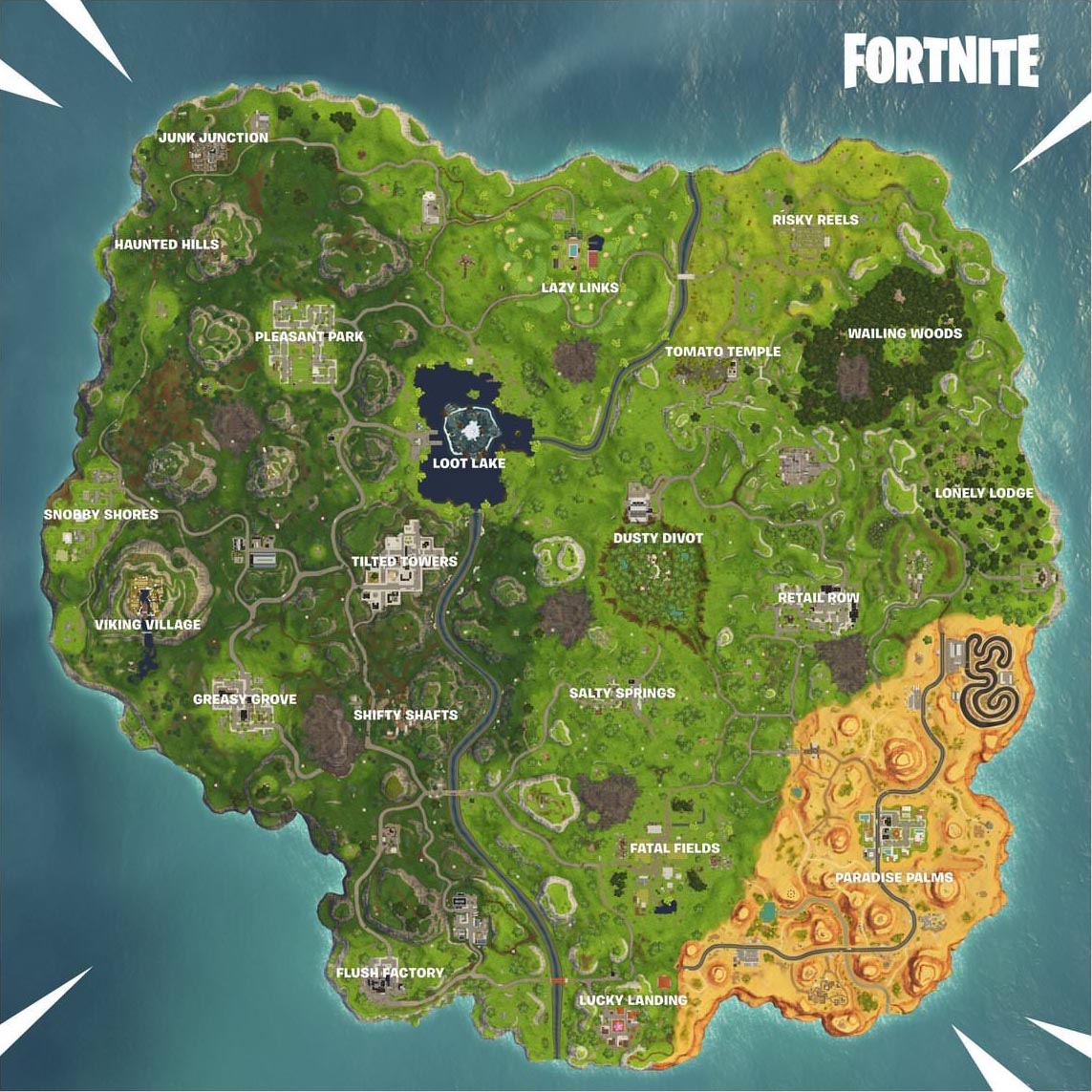 And of course here is the current map of the game:

In the fifth season the following locations were added: 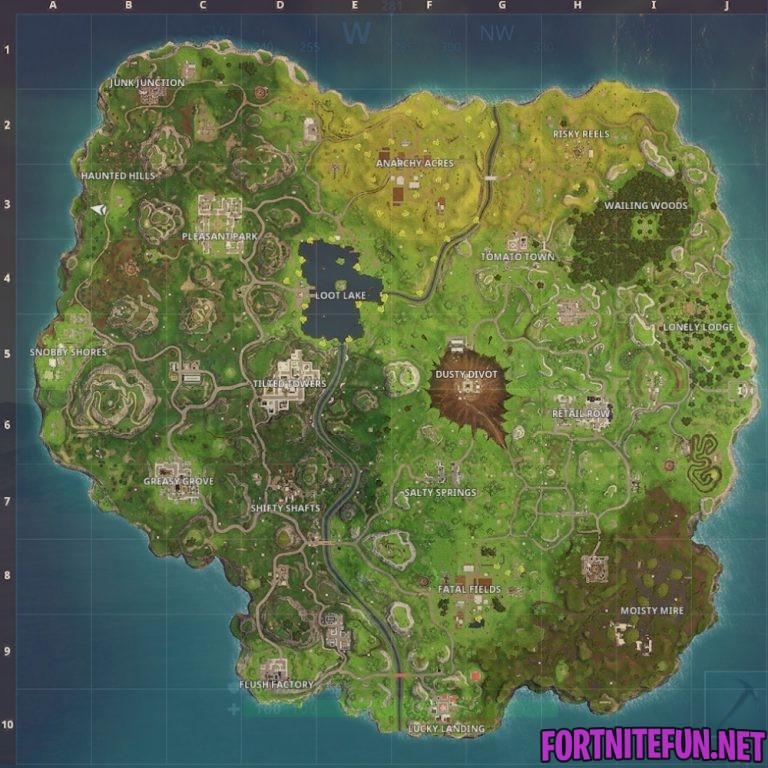 In the 4th season 2 new locations were added: 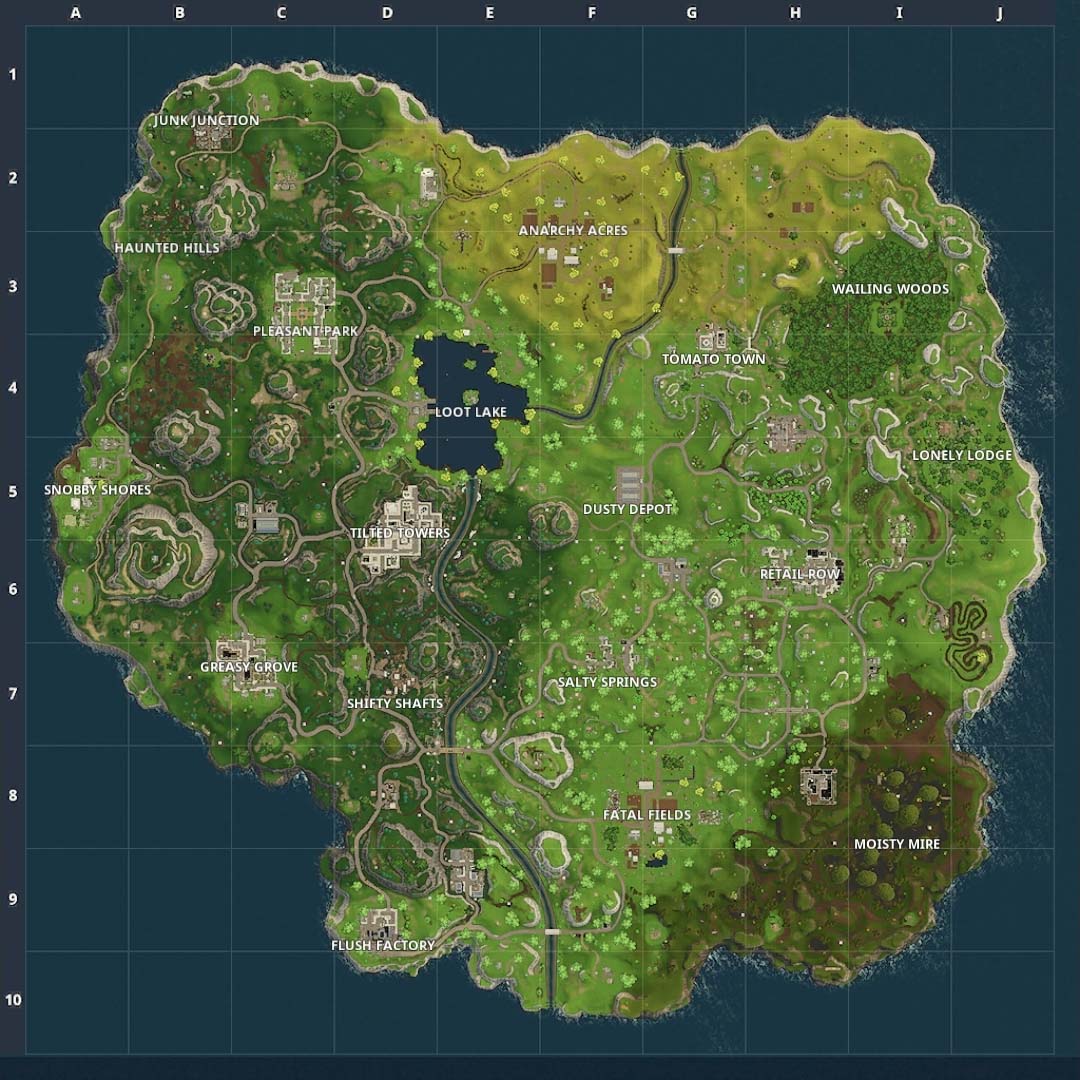 The island has not undergone significant changes, but received a new area: 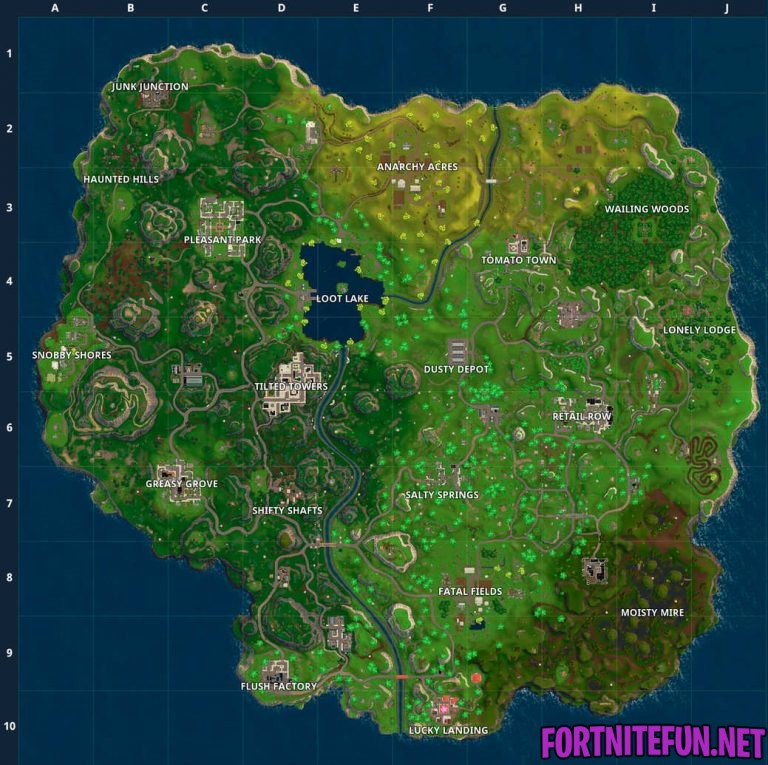 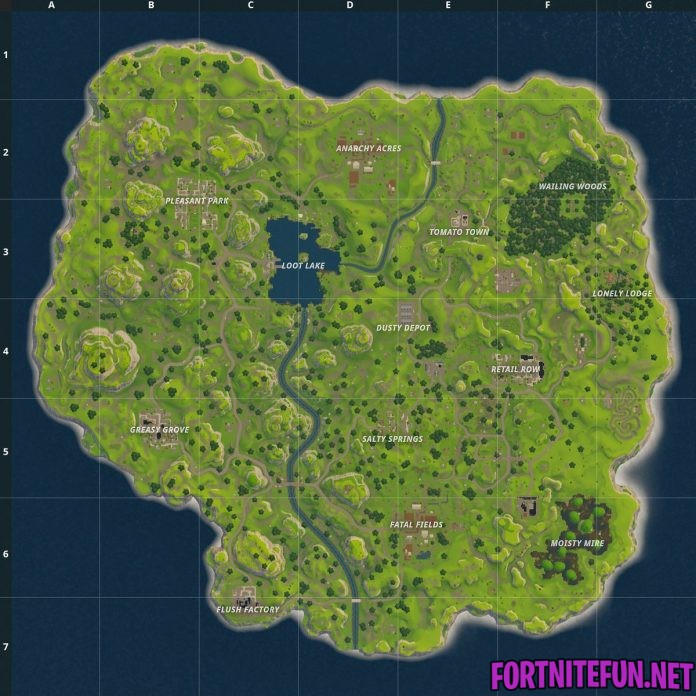 The map of the first season was pale and inconspicuous. The developers only tried
themselves in the “Battle Royal” genre and at that time did not understand what
map they were seeing in the future.

However, even in the very first version of the map could boast of 13 locations: