When does Fortnite Season 4 start?

The Plot of Season 4

Thematically this season focused on super heroes and sandy urban environments. Season 4 included the conclusion of the story about the meteorite, which in the 3rd season destroyed the Dusty Divot.

The battle pass for the 4th season was available for purchase at an item store for 950 B-bucks. Free battle passes were given one daily challenge in season 4. Players paid Battle Pass received two additional daily tasks, as well as special weekly Challenge.

Owners of the Battle Pass were given Blockbuster and Carbide purchases right away, and Omega was awarded upon reaching level 100.

What map changes will arrive with Fortnite Season 4?

New places have also been added, such as the Risky Reels and the sights of Villain Lair, Mansion, Open Soccer Stadium.

Starting April 28, Epic Games have released a daily series of teasers that hinted about the upcoming theme of the season. The posters that were released show different skins on the meteorite fall vector. On the fifth day, Epic Games finally showed an advertising poster with silhouettes of characters. 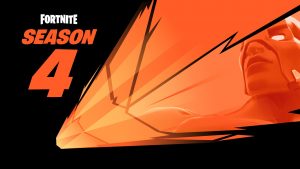 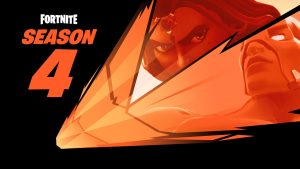 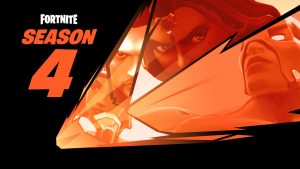 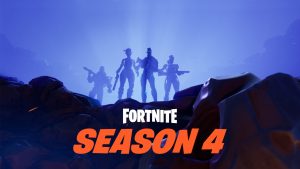