Fortnite v14.00 leaks – all the outfits and other cosmetics

Chapter 2 Season 4 is not even out yet, but there already is a lot of cosmetic item leaks on the internet, including the Tart Tycoon outfit. Here you can see all the new outftits, back blings, pickaxes, gliders, emotes, and other cosmetics that have been found in the game’s files. By the way, there might also be some Battle Pass outfits, so don’t read this if you don’t want to spoil the new outfits or just want to check them out by yourself when Season 4 is out.

We’ll start with emotes, so you can go back to download the 21 Gb update by yourself and see all the content in the game. As you can see, there will be a lot of emotes for different suprehero outfits, and they’re probably the only ones who will be able to use them. There also are some graffities and emojis that almost noone uses. 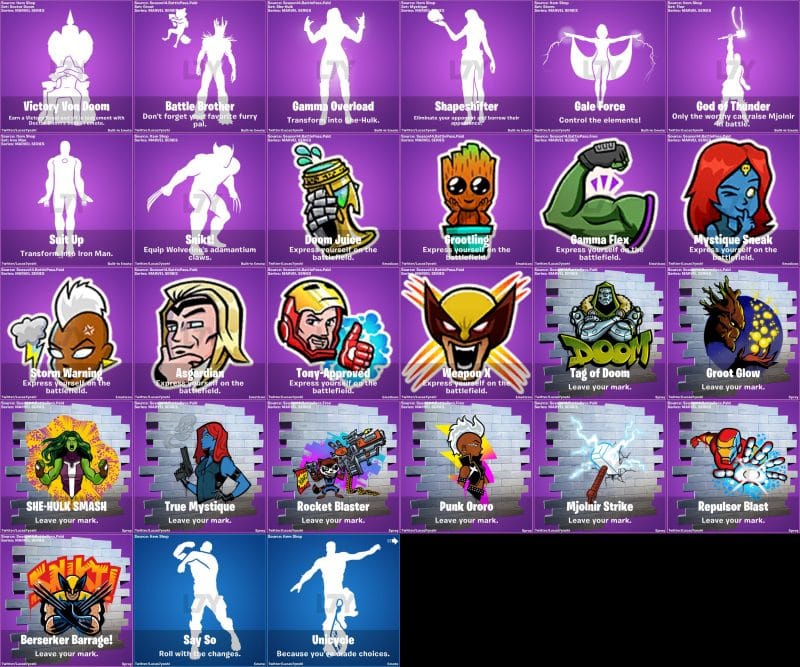 With this season there also are a lot of superhero pickaxes and gliders. And there’s also the umbrella that you’ll get for your first Victory Royale during Season 4. The gliders are really unique and match with the superheroes. I don’t think there’s one glider or pickaxe that is standing out, because all of them are really different from the usual ones. 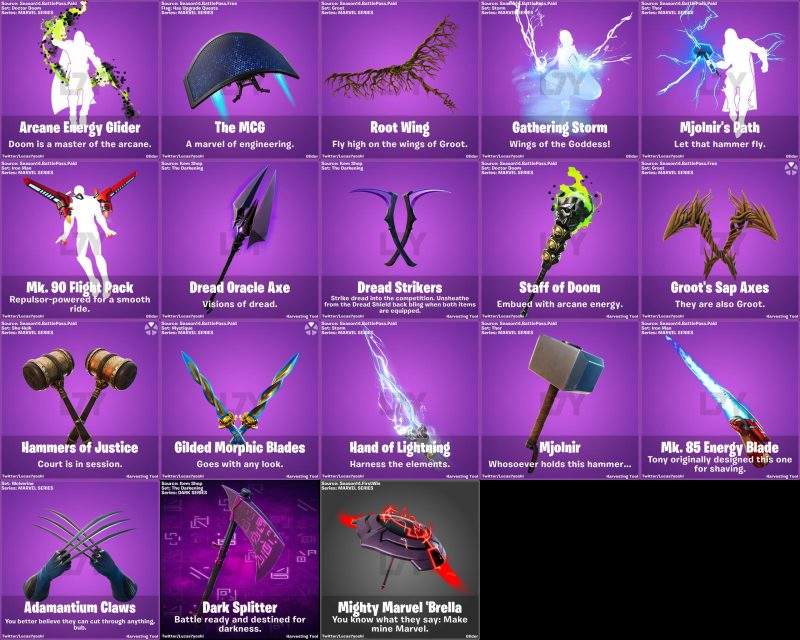 The back blings are obviously in the same style as the outfits, pickaxes and all the other stuff we’ve already seen. Which one do you like the most? 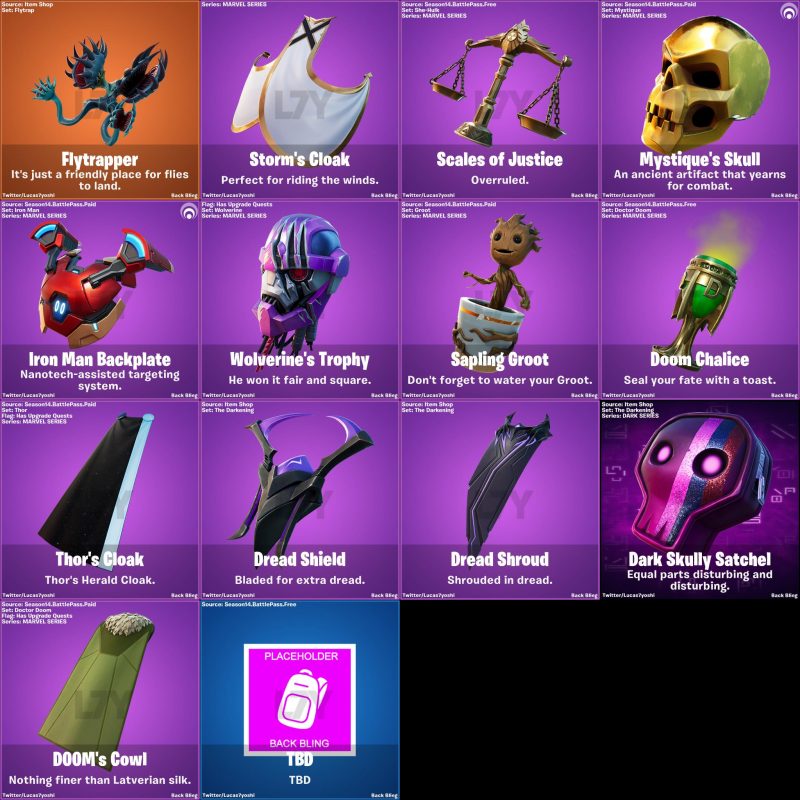 By the way, the Tart Tycoon outfit is already in the game’s files, so you should get it soon after the Season is released.