Rocket League is quite a unique game – you control a car and try to score a goal while the opponents, which are also cars, try to prevent you from doing it. Football with cars is a pretty rare combination, but in Rocket League, it’s a regular thing. The game has already had several collaborations with Fortnite, and it seems like there’s going to be another one. This one, however, is going to tell Fortnite players about a new mobile game in the Rocket League series – Rocket League Sideswipe.

This time, the rewards are a pickaxe, a spray, a back bling and a banner icon. The last one doesn’t really look like something related to Rocket League, but, according to the files, it is. 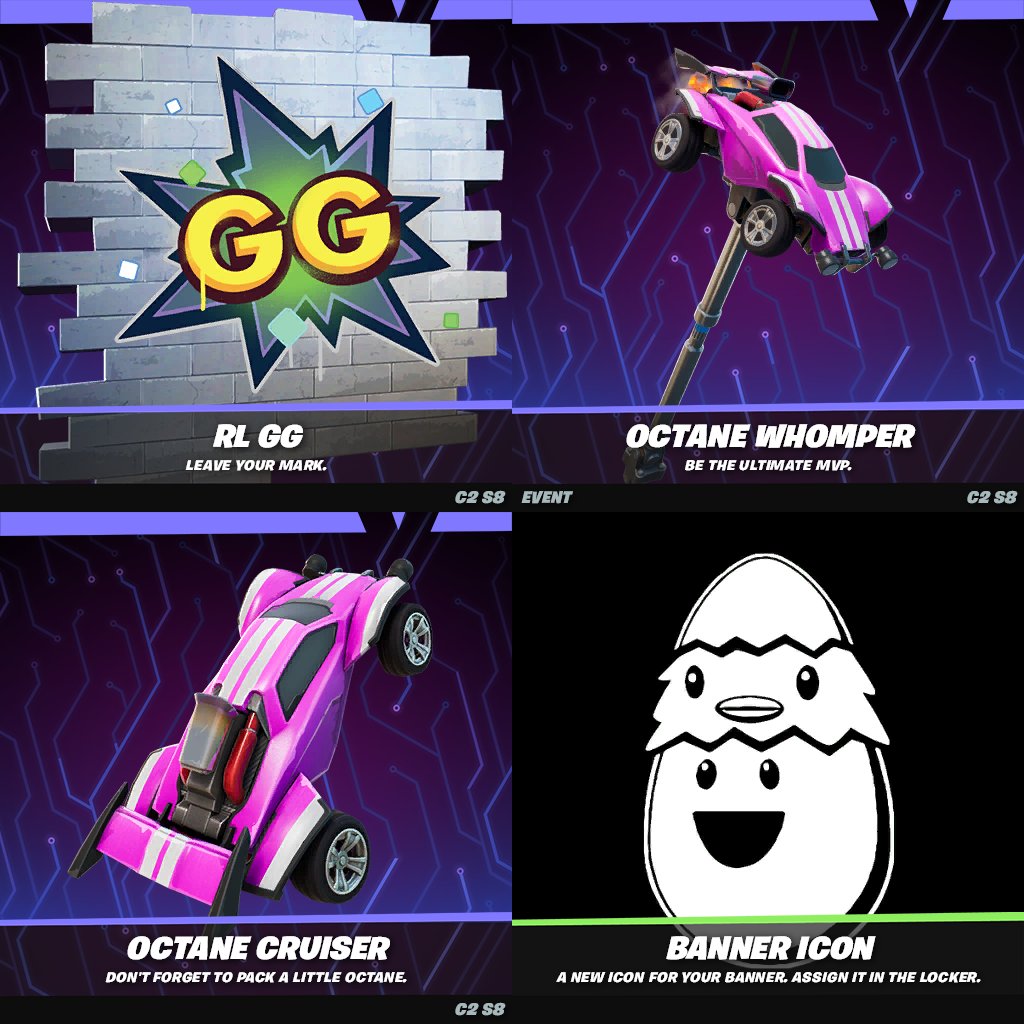 It seems like all the items above are a part of an upcoming collaboration between Fortnite and Rocket League Sideswipe. This time we will probably get another pack of challenges with a free pickaxe, spray and back bling as rewards. But instead of playing the desktop version of the game, you will need to play the mobile one.

According to the trailer, Rocket League Sideswipe will be available both on Android and iOS.