If you follow the news, you could not fail to notice the new Galaxy skin, which is much darker and more warlike than the original version. Dataminers inform us that there will be a Galaxy Cup in Fortnite this year, just like last year, and the award at this cup will be the Galaxy Grappler skin.

Galaxy Wrapper might be the next Samsung promotion skin, but it will most likely be earned via a Galaxy Cup first before it hits the shop as a bundle, just like Galaxy Scout, and it already has item shop support. pic.twitter.com/VXXsWvqI6v

The information has not been confirmed, but judging by the images, the new Galaxy bundle will appear in this season. This bundle is great, except for the black hole, which reminds me of not the best time, so you should start saving V-Bucks, because, according to the information, Galaxy Grappler will appear in the Item Shop of Fortnite.

The bundle consists of: 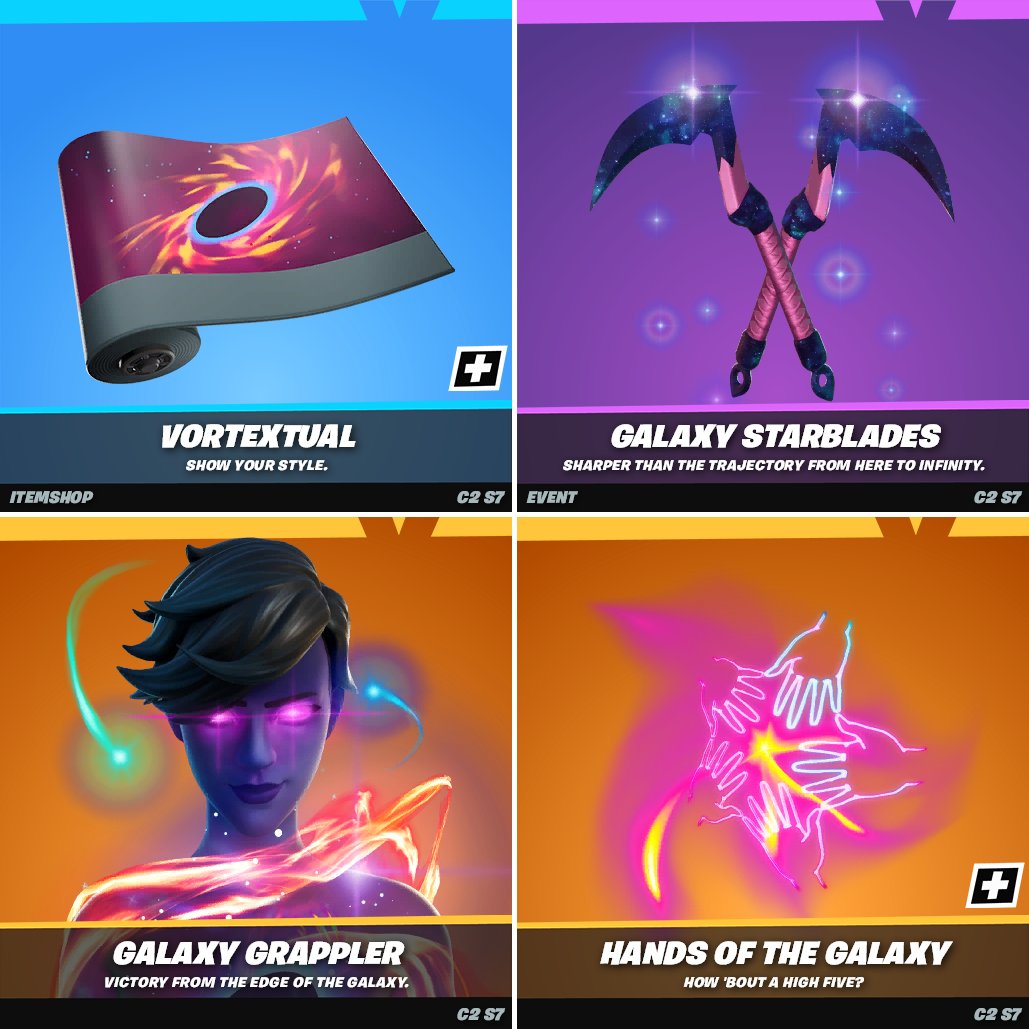 The official Spanish Samsung Twitter account announced that something new was coming, and put a cosmic emoji. Yeah, maybe it’s just the announcement of a new smartphone, but I want to believe in more.

I hope that Epic will not decide to make the new Galaxy skin an exclusive for the happy owners of Samsung smartphones, like the male version, otherwise it will be sad.