If you’re tired of all those leaked cosmetics and new stuff, here’s something different for you – the Gas Flopper. “Why?” is the main question you might ask while reading, but, unfortunately, I most likely won’t answer this question. I will, however, answer some other questions, so don’t leave if you’re interested. 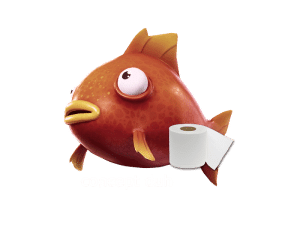 This unique fish is currently in development, but data miners already have the information about the fish and even its sound effects.

The unfinished “Gas Flopper” will leave behind some sort of trail when used.

Did Epic really make a flopper that gives you diarrhea?

This fish’ effect is quite simple – it will leave a stinky trail after the user. The reason why the trail is stinky becomes obvious if you listen to the SFX or just read the name again.

Gas Flopper will use these sounds if they don’t change them when its released! pic.twitter.com/cWkKJFY6hw

We’ve already seen a stink bomb in Fortnite, so a stinky flopper isn’t really a new thing. However, I still really hope that it will never ever be added to the game.