Singularity – the secret skin of season 9, issued for receiving 90 fortbytes. If earlier the secret reward was given to players for performing 55 weekly challenges of the season, now the rules have changed, and you should try to increase the battle pass level and get the appropriate items for all fortbytes. If you are not familiar with our page of fortbyte challenges, then it’s time to get acquainted, because before the end of the season, nothing at all!

Singularity skin, as well as the secret reward of season 8 equipment “Prisoner”, has its own styles. To obtain them, you must fulfill the various conditions imposed by the developers. Last season it was, for example, go-take-come-stop instructions. In the current battle pass, little has changed and we will also run errands for the sake of cherished styles. At the moment, 8 stages of the skin are known.

How to unlock Singularity skin

As it is written above, only when collecting 90 cryptographic boards you will be able to have this skin and further pump it. So if you have not reached / crossed the mark of 90 boards, then you can not get styles. The first and second stages of the skin are available immediately after receiving it. 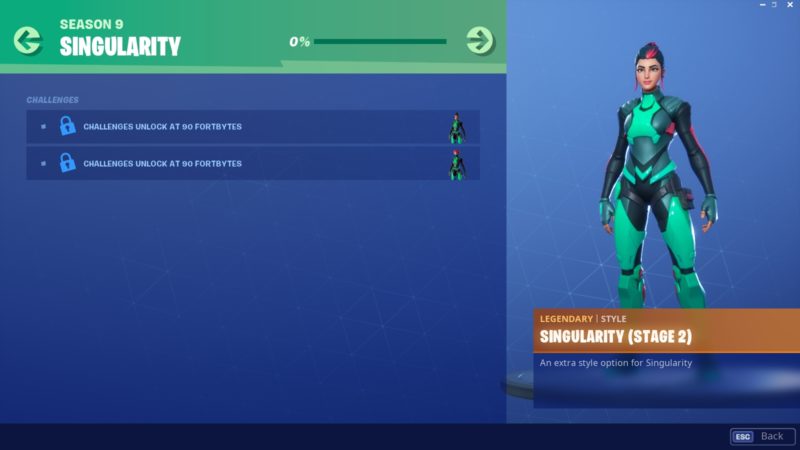 How to get Cuddle Style

The third skin style Singularity, close to the equipment of the Cuddle, can be found in the form of a mask on the Pressure plant. More specifically, the item is located within cell H3, north of the counter with the robot on the third floor near the yellow partitions.

The mask is very difficult to detect without indicating the exact location, since the territory is huge and multi-tiered. So that you are not confused and on our map, too, attach the video at the end of the article. 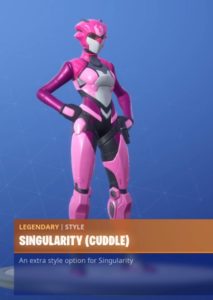 How to unlock Durr Style

The style associated with the view of Darr Burger can also be found in the form of a helmet, however, in a different location – the Neo Tilted. Here we can even track the location logic, because the necessary mask is located opposite the Singularity monument in the east of the area. Look on the small forked balcony, in the first ledge from the south.

In order not to get lost, use video guide below. 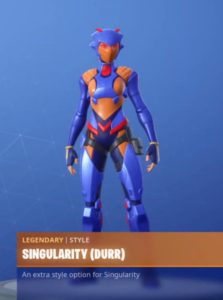 How to get Drift Singularity Style

The fifth stage of the Singularity skin, styled as Drift‘s outfit, needs to be raised south of the frozen river and north of the Polar Peak. In cage C7, on a small hill near the overturned table and a large white box with metal parts.

The video here is a must, especially if you are not familiar with the terrain. 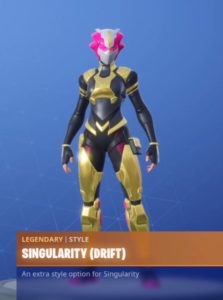 How to unlock Pizza Singularity Style in Fortnite

The sixth stage of the skin is hidden in the Podlom pond, in its central part. On a small ledge and there will be a mask, so reminiscent of the style of the Pizza Pizza restaurant.

For this stage, the video is not necessary, however, it will be informative for all those who do not like the format of my text broadcasts. 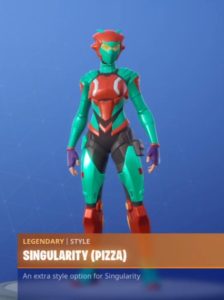 How to get Rex Style

Latest skin style singularity, so close to Rex‘s view, can be found between the divot and the tilted. This type of skin is also located on the map as a mask and is not as carefully hidden as the previous ones. You can stumble on it, just playing the usual games in a rumble / solo.

We remind you that you can find the video with all the helmets below. 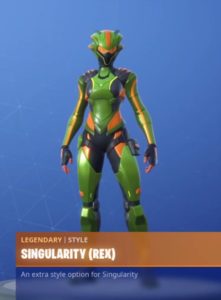 All Helmets Locations To Unlock The Different Styles Of The Singularity Skin Video: