Dataminers continue to go through game files in search of unsolved mysteries and amazing skins. Nothing new with the first, but there are plenty of skins. If you’ve been following the news, you probably detected how some skins from leaked concepts have already begun to appear in the game files. Besides the concepts, Fortnite players will soon get even more collaborations, like the one with J Balvin.

HYPEX is pleasing us images of future skins, emotes and other things for days. This time he found the next skin of the Icon Series – J Balvin. The Colombian musician is very popular and apparently loves Fortnite, because he received not one, not two, but three unique styles. 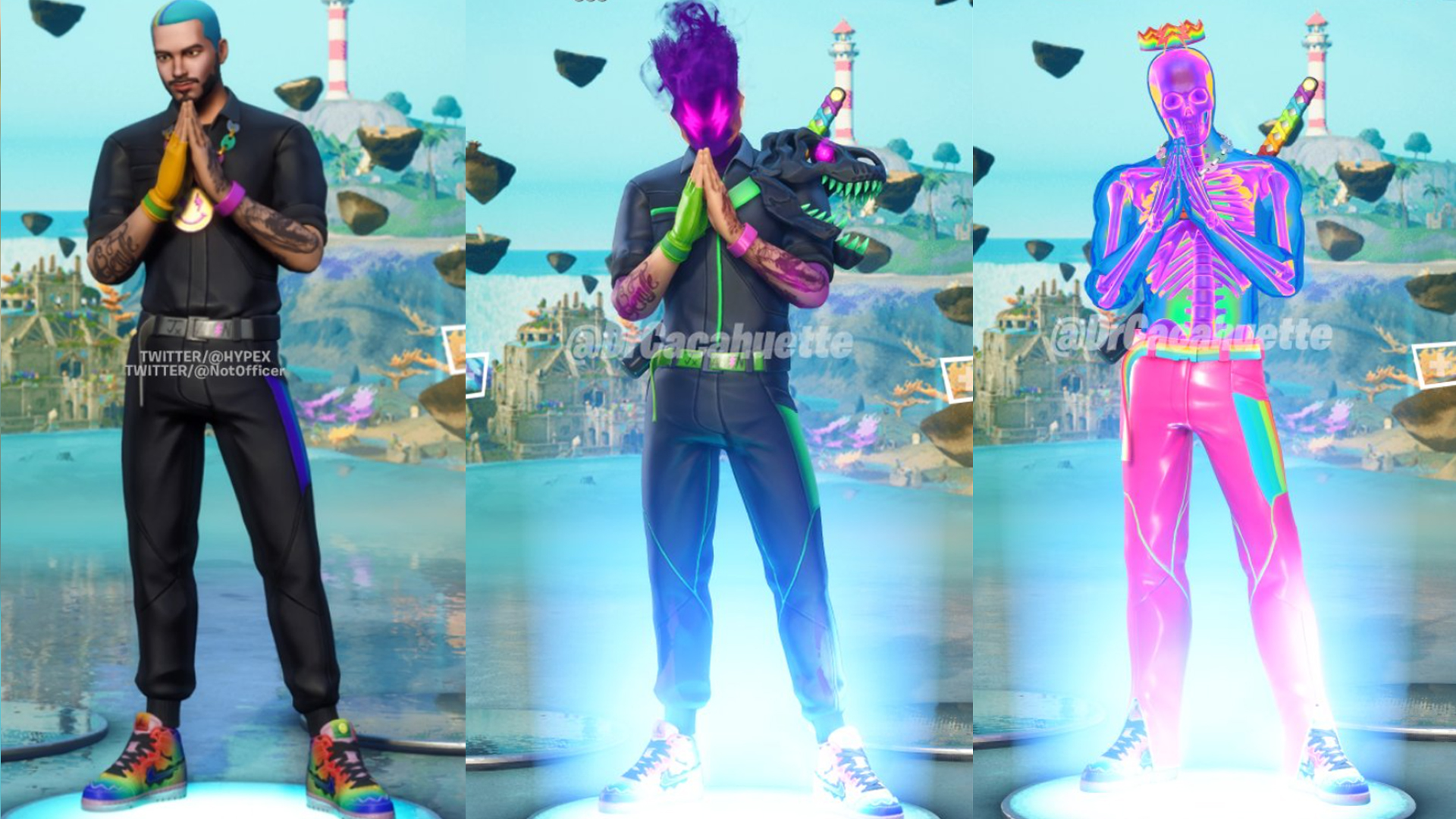 The first style is unremarkable, an ordinary guy with tattoos, rainbow sneakers and an unusual hairstyle. The second style is much more interesting. The same black suit, but on his shoulder there is a huge skull of a tyrannosaurus, and instead of his head there is purple fog. And the last style looks the coolest of all, it’s hard to describe it, so see it yourself. A rainbow katana or something similar included in the J Balvin bundle. 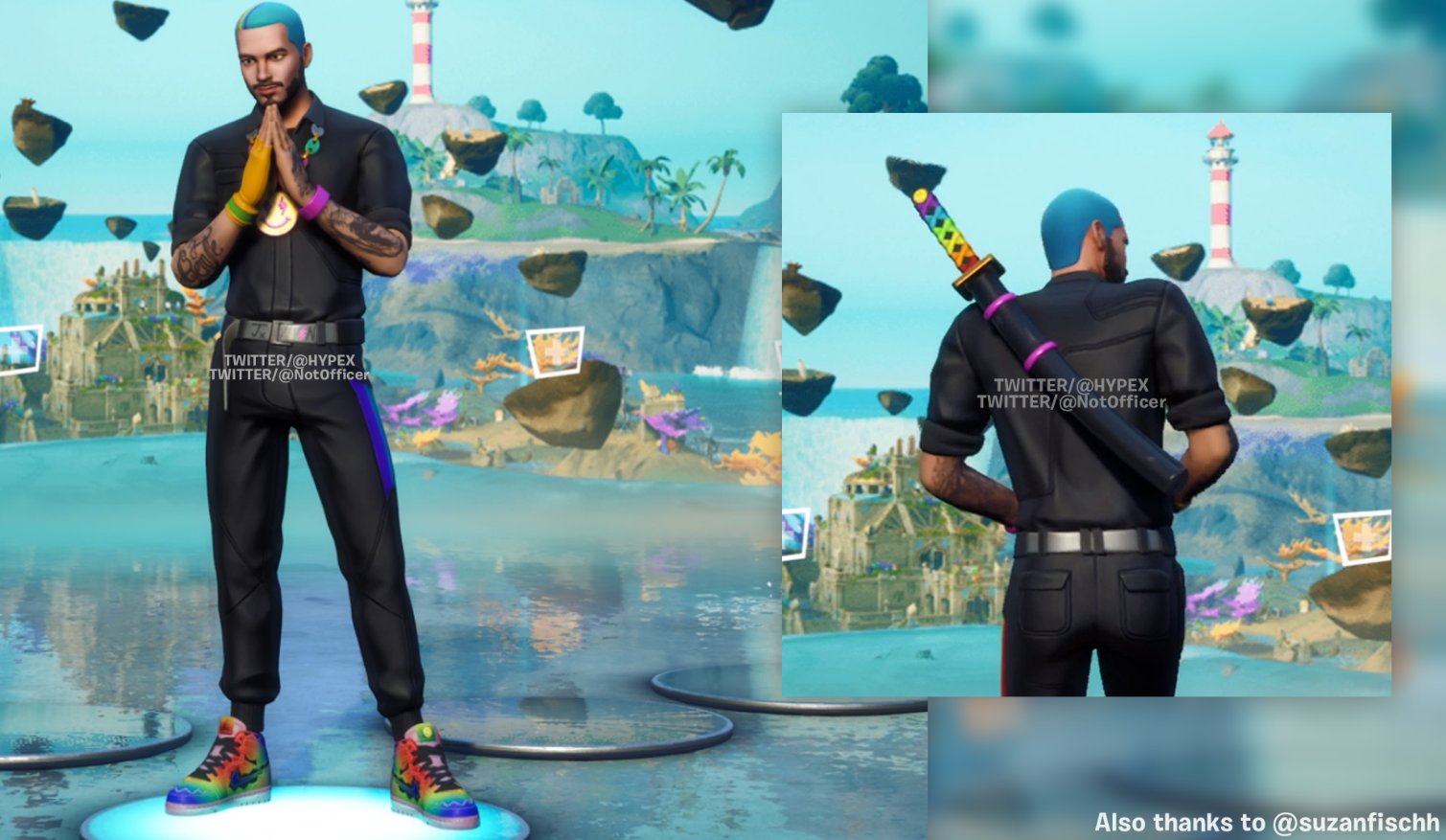 The skin will even have an emote, unlike Ariana:

J Balvin Emote! (thanks to @Not0fficer for the help) pic.twitter.com/IfrwYhFKL3

It’s unknown when the J Balvin skin will appear in Fortnite.