October is coming to its end, which means that Halloween and Fortnitemares 2020 are getting closer with each day. However, today we’re not talking about Fortnitemares because it seems like Kevin the cube might come back to Fortnite in an unusual form of the Fancy Kevin skin set.

If you are a new player and don’t know who Kevin the cube is, it’s the giant purple cube from Chapter 1 Season 5. The cube walked all the way from the desert to Lazy Lake and became a part of the island in the middle in Season 6. Then the island was flying all over the Fortnite island and placing runes, but that’s a story for another time. 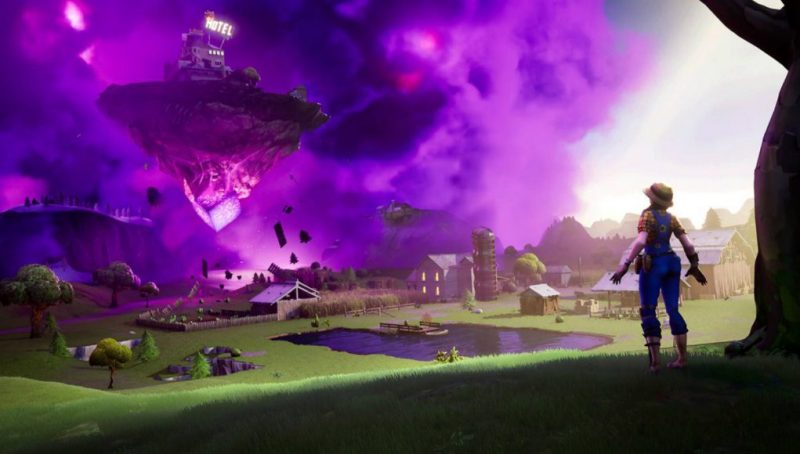 There’s some leaked information from the 14.30 update. According to Mang0e’s leaks, we’ll have a Zombie-Midas outfit, a “Cosmos” jetpack, and of course the “Fancy Kevin” skin set. We don’t know how it looks yet, so I won’t be able to show it.

A male “Fancy Kevin” skin set + wrap will be coming with this year’s Fortnitemares. This outfit will be a new edition to the Cube Series.

Materials exist in the files, and some upcoming CID’s I obtained back me up.

Concept artists, do your worst! pic.twitter.com/mvWUGWrCK6

The jetpack will have some new effects and features, and you will probably be able to find it in most of the game modes. But there’s no information about when the jetpack will become a part of the game. It might come in the next update or later, becoming a part of Iron Man.

A New “Cosmos” Jetpack is in the works, might be related to the Iron Man jetpacks I announced last update. Could be for the new LTM, or smth else.

And while you have some time, be sure to save some V-Bucks if you think you might like one of the upcoming cosmetics.